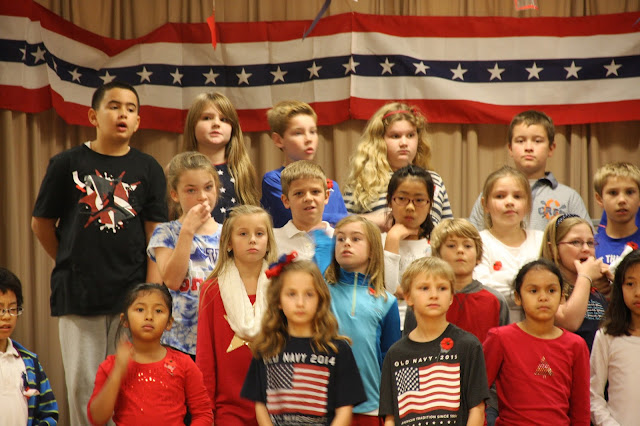 Grant is in the center of this picture wearing a white shirt. 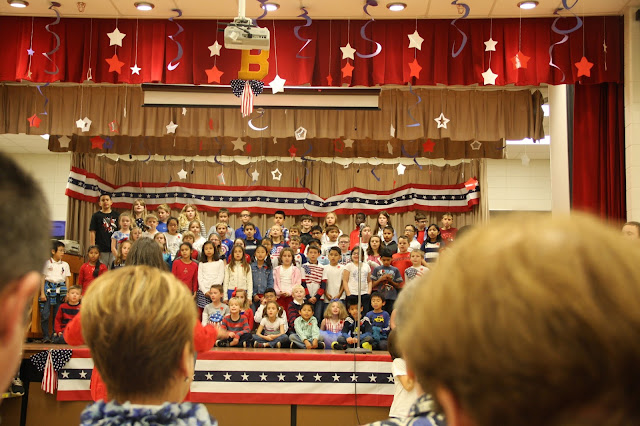 Grant isn't the same boy he was at the concert way back on November 11th.  He was a mere eight year old.  As of Sunday, he is now an oh-so-mature-don't-treat-me-like-a-baby nine year old.  Lots of fun celebrating his birthday this past weekend.

Now that NOvember is over.  I don't see as much of this going on... 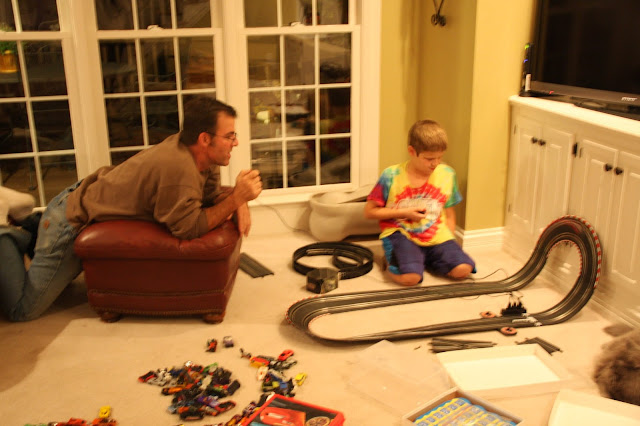 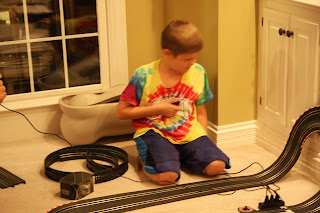 But I AM able to see my floor again....now that every toy we own is not spread across it like frosting on a birthday cake. (Did I mention someone had a birthday???) 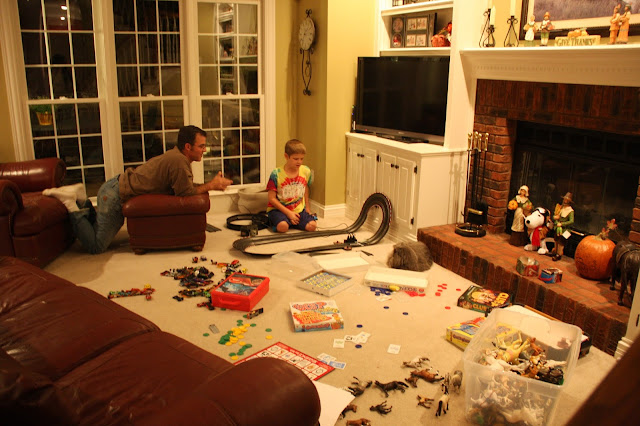 Birthday party with friends this past Friday night. 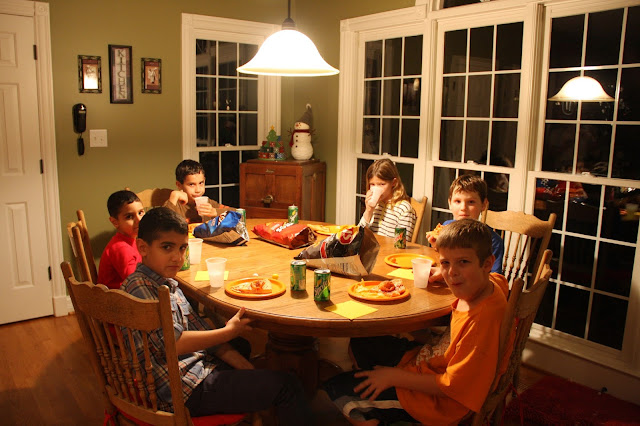 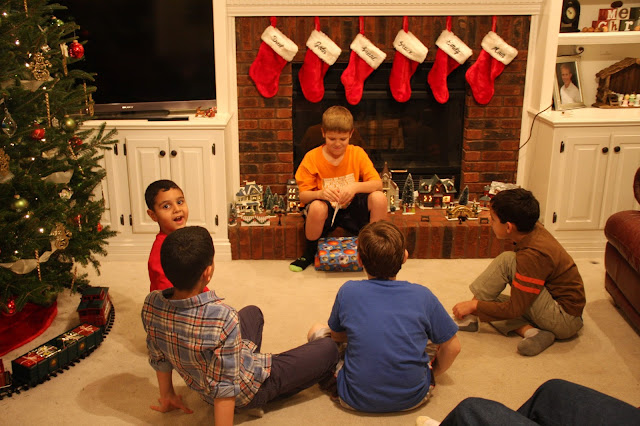 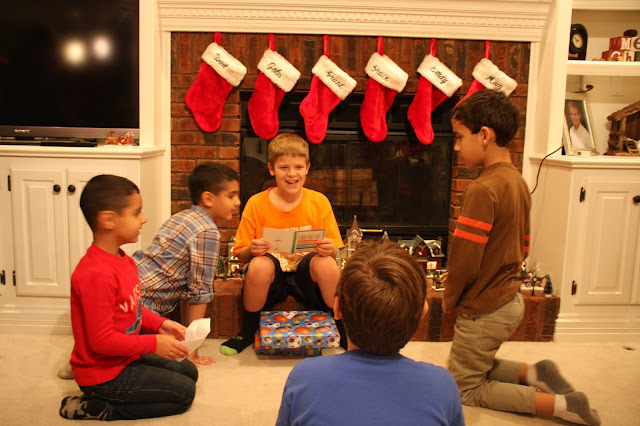 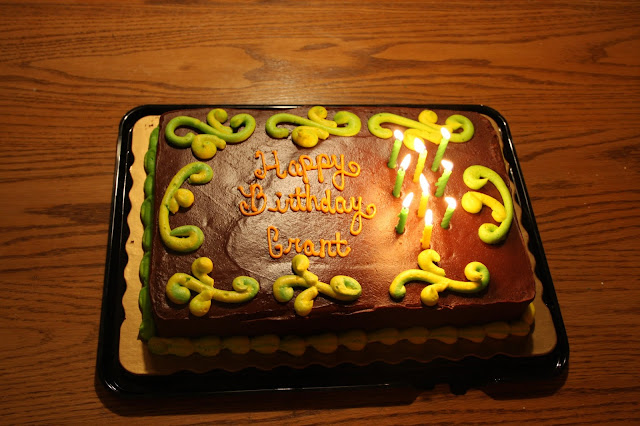 Being the fourth kid means he's lucky he even GOT a cake!!

A challenge made doubly difficult by having a birthday so close to Christmas! 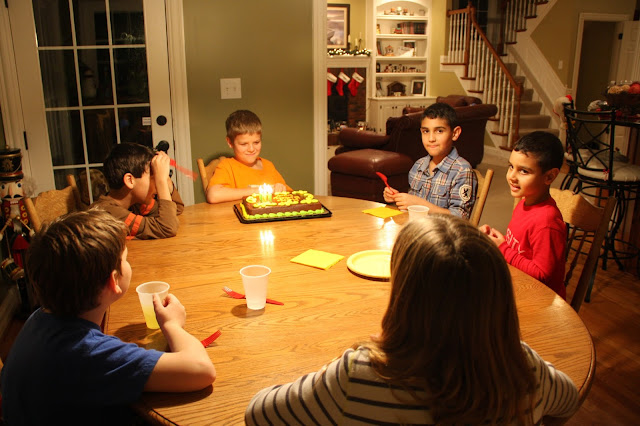 Squeezing in a party is a little stressful every year. 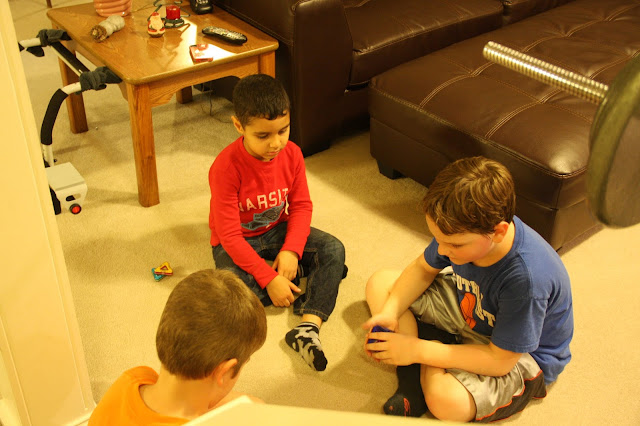 They had fun though.  That's what counts. 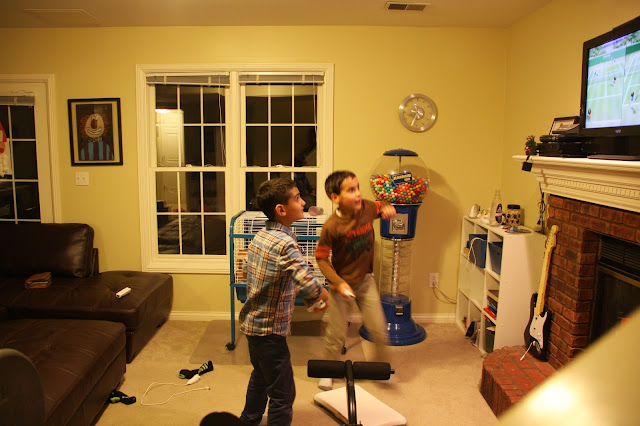 So,
how was your weekend??