Computer is running nicely.
Recovered hard drive has returned from California.
Pictures seem to be safe. (I have not verified all of the missing file dates yet...too scared to do it) 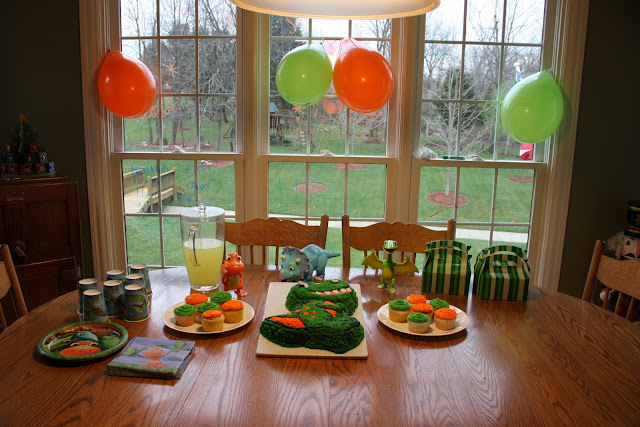 He wanted a dinosaur cake, so I obliged. 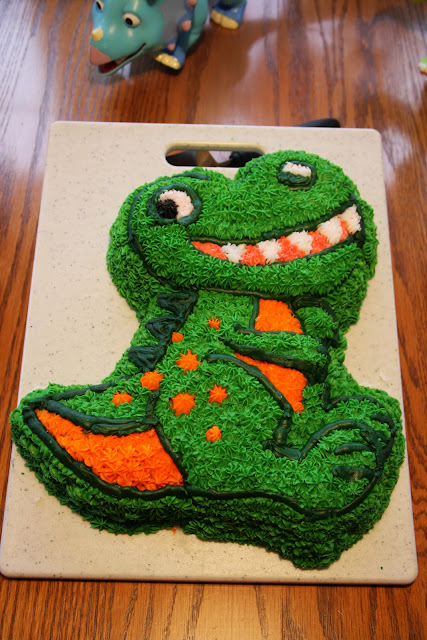 Having a mid-December birthday makes scheduling anything tough.
We invited a couple neighborhood buddies of his over after school on a Friday evening for a few hours of fun and pizza (and of course cake).

Here they are popping balloons dinosaur eggs to get to the treats hidden inside.
I underestimated boys. 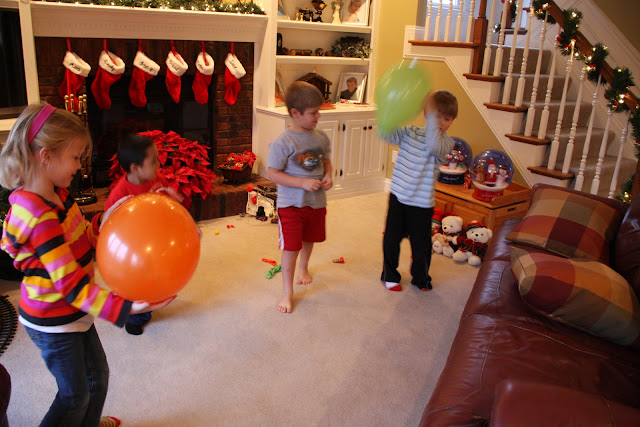 This game took all of thirty seconds at the most.

After a dinosaur treasure hunt and a paleontology activity with dog biscuits dinosaur bones,
we proceeded to celebrate the birthday boy with cupcakes and ice cream. 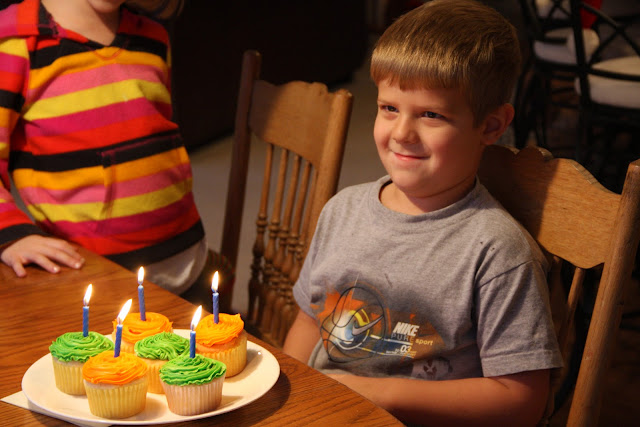 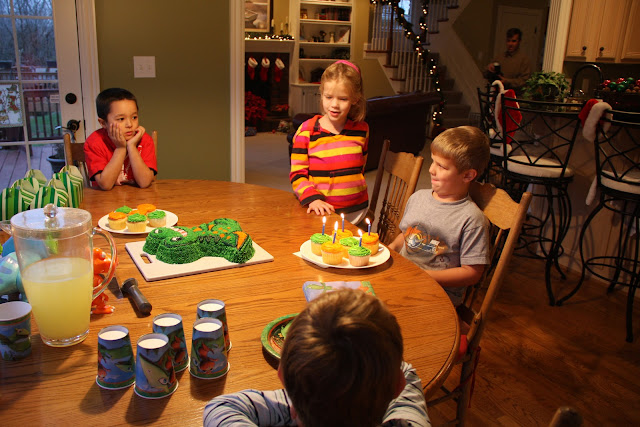 I don't think anyone minded the cupcakes.  They ate them without complaint.

After food, I moved them to the living room to open presents.
The big mountain is something Grant had seen in an old video of John's.
He wanted it for birthday, but they don't sell them anymore. 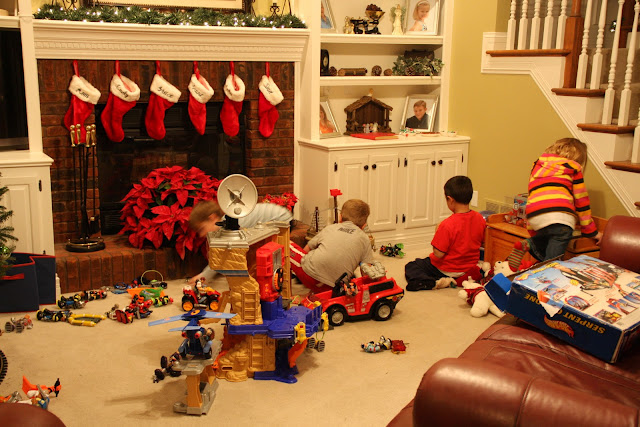 So what is a mother to do?
I bought him a used one on ebay.
He was thrilled and could have cared less if it was new or not.

THEN
Grant got his second birthday party at school on Monday.  I took in cupcakes for the kids in his class.  They sang Happy Birthday to him and he got to be line leader for the day.
Oh, and he got this awesome crown to wear..... 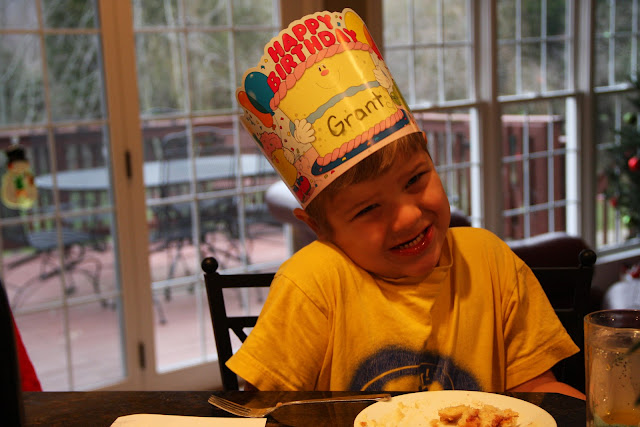 His real birthday was on Tuesday.
That was the last day of preschool before Christmas break so he got ANOTHER party (Christmas party) at school that day as well!!

That night we partied again at home.
We sang Happy Birthday and (finally) ate dinosaur cake. 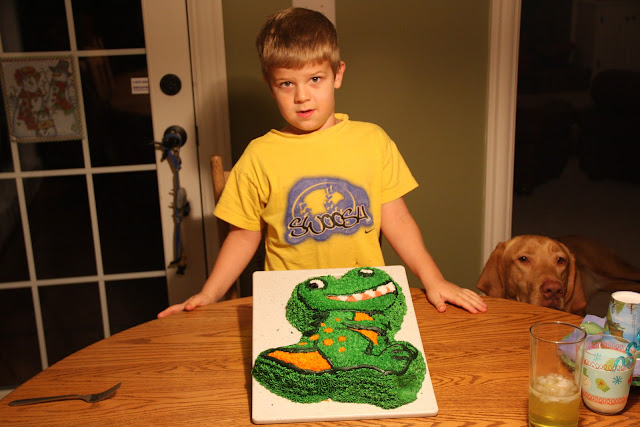 Some of us even took small enough bites to TASTE the cake..... Two bites and it was history.

Birthday card made by Grace..... 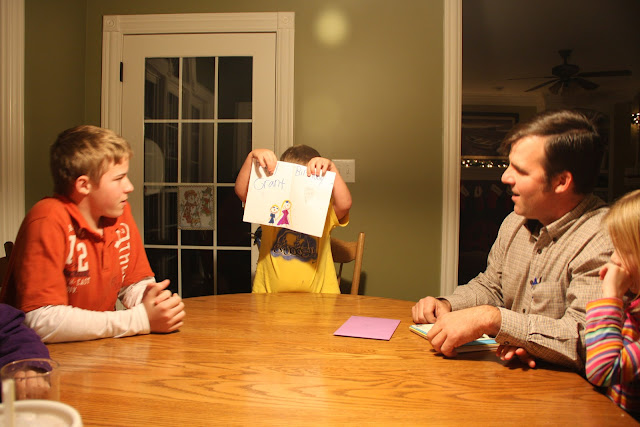 Grant was miffed that she drew herself taller than him.
He's so funny.

David and I have an unspoken contest going on for the 'coolest birthday card' for our kids.
I thought for sure I had this one in the bag with the gigantic pirate card that played a song while a pirate sang to the birthday boy. 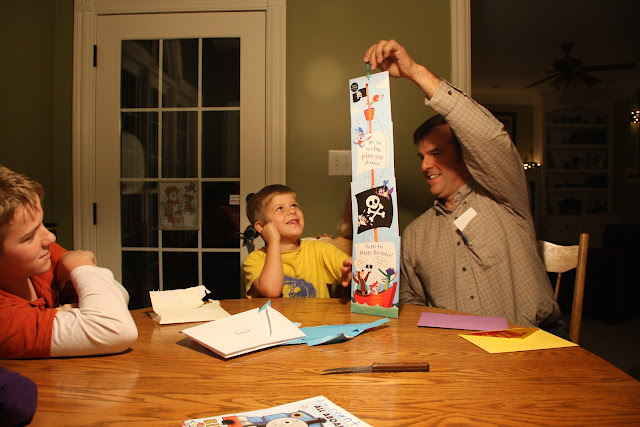 David's card won the contest this year though.
Not only was it a monster truck card that made cool truck noises, but it had a maze in it as well.
Grant is seriously into mazes and puzzles right now. 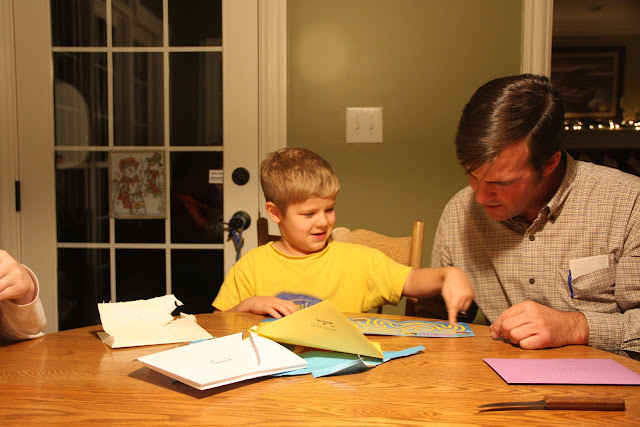 David definitely had the winning card.


One more present to open from Mom and Dad.... 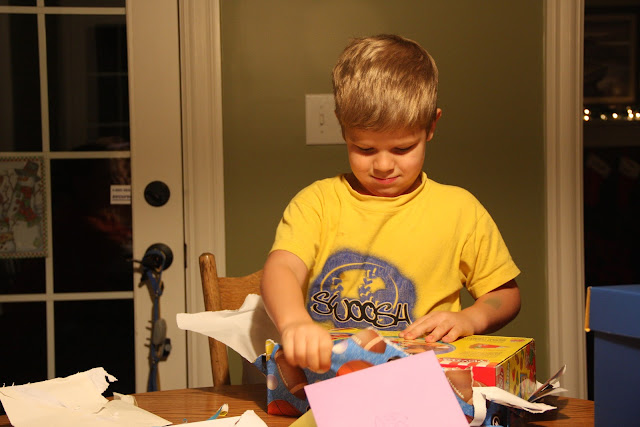 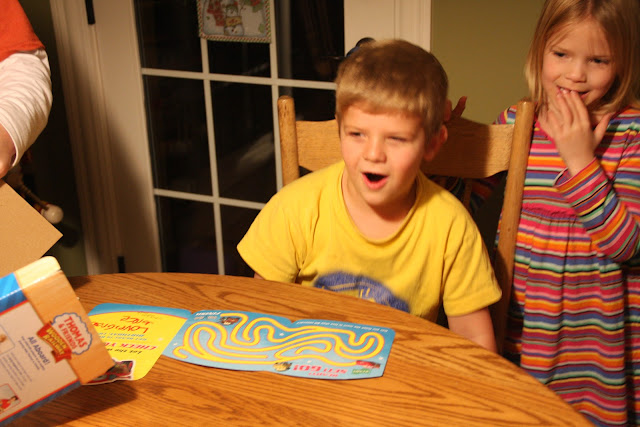 The look on Grant's face says it all.... 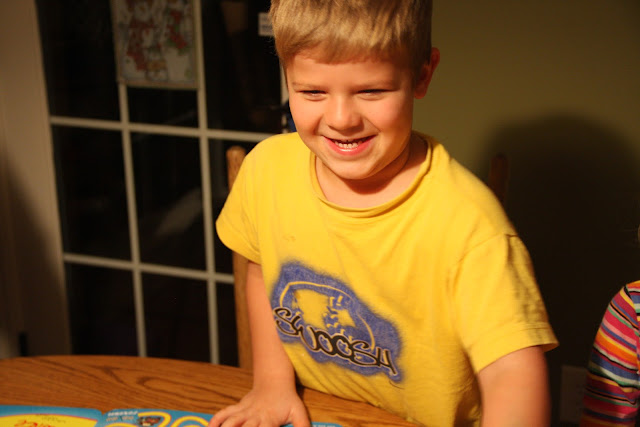 A few days before his birthday, Grant saw this big truck/tractor set in a toy catalog.
He had circled it and painstakingly written on the catalog cover that he wanted it for birthday.

Guess who saw the catalog and had to buy it for him?
Yes, my overgrown kid!! 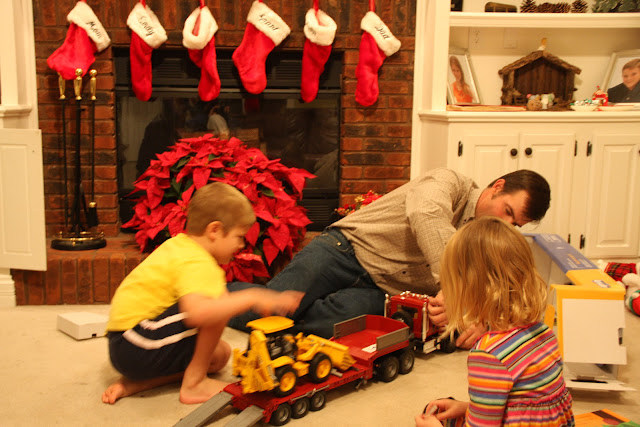 The final birthday celebration took place at Grandma's house when we had our family Christmas.
Three family members with Christmas birthdays meant taking time to recognize them before opening Christmas presents. 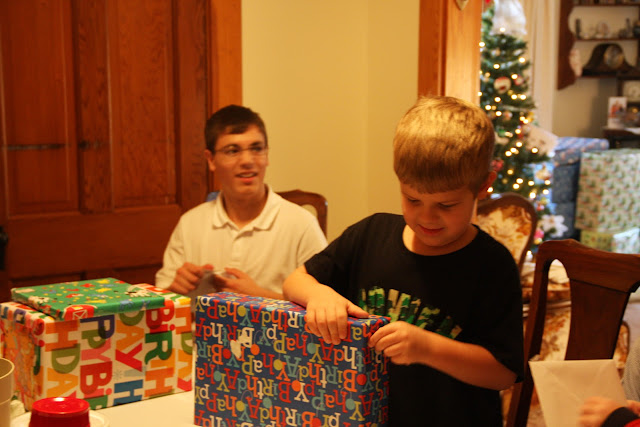 Now how's THAT for thoroughly celebrating a birthday??
Only five years old, but got five chances to celebrate his birthday!

HAPPY BIRTHDAY, GRANT!!!!
We love you!

Just because it was the last picture in the file.... 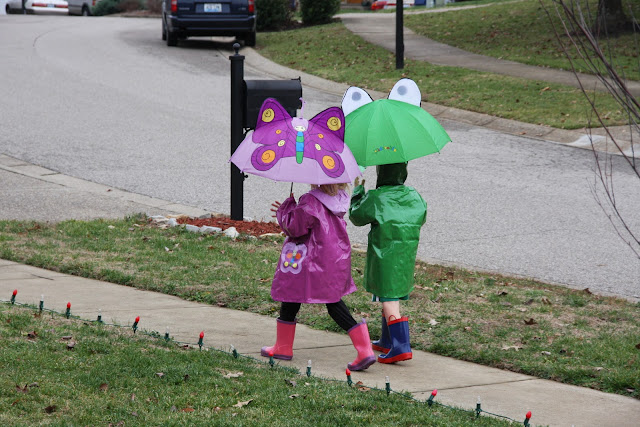 I thought Grace's raincoat looked small a couple weeks ago when getting out at carpool line.
I looked at the tag later.

It was a 3Toddler.

She'll be seven years old in March.  Time for a new coat.
Of course she's still wearing a size four jeans.
If only I had her weight problems!!!
Posted by otherwise known as mom