Wonder where I've been?

Sorry.  Couldn't resist.  It feels like I've been running endlessly since the beginning of March.  Anyway, as March comes to a windy, stormy close today, I decided I had to update the blog.

I'll start by saying everyone is doing great!  We've made it through winter without anyone suffering the usual winter illnesses.  In fact, Emily and Grace are still holding on to perfect attendance.  With a little luck, they can hang on for another seven weeks.  That's all that we have left of the school year!  Unbelievable.

While discussing health, I am happy to report that I had another check with the oncologist in March.  For some reason, they performed both a CT scan and MRI.  Everything looked good.  My oncologist has officially released me back to the care of my regular doctor.  I get to go two years before my next scans.  Progress!!!

We recently attended Parent/Teacher conferences with Grace and Grant's teachers.  Their teachers were full of positive comments.  Their most recent grade cards were full of A's and O's (the primary grade's version of an A).  We are definitely proud of them.

John and Emily will get grade cards in April.  Both have done well during their junior year of high school.  Their grades are good, and they have enjoyed participating in lots of extra activities.  It has definitely been an enjoyable year before we begin the senior year grind of preparing for and applying to colleges.  Let the insanity begin!!

John and Emily recently took the ACT as a school requirement for graduation.  John held steady with an overall high score of 33.  Emily raised her overall score to 31.  Both want to take the test again this summer.  They must like standardized testing more than their mother!!  I took it once....and THAT WAS ENOUGH!!

Okay....I'll leave you with a few pictures of the past three weeks.  More updates later.  I promise!! 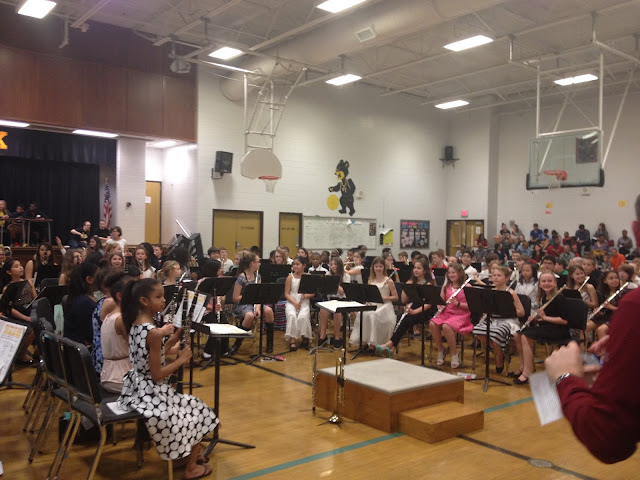 Grace performed a duet with her teacher....I'll upload the video later so you can see her performance. 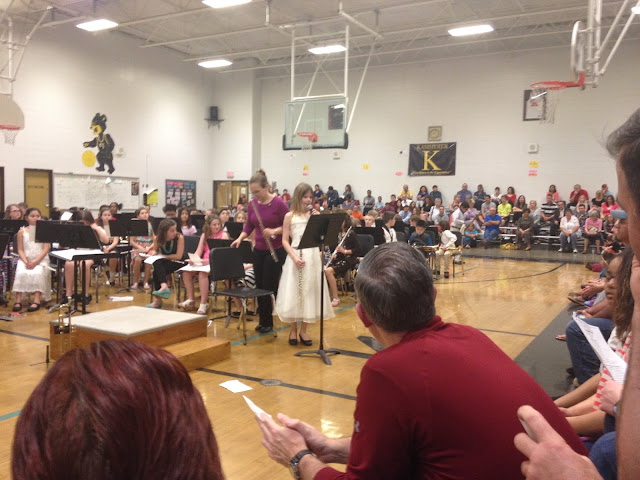 First time having one of the horses in the barn...Grace wanted to brush Snowball since he looked more like a dirt clod than snow. 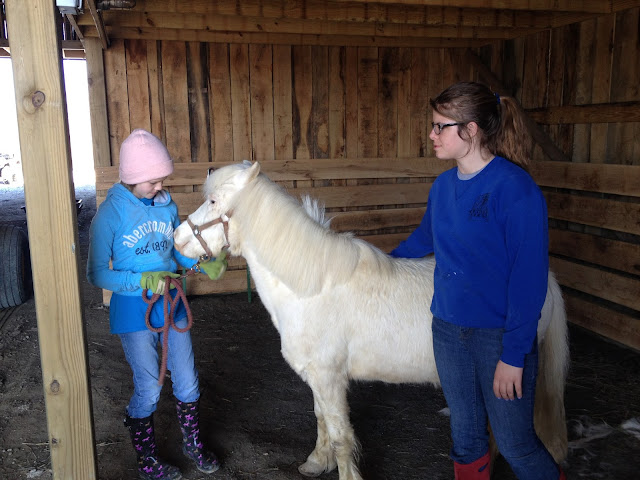 Snowball spent the winter living with the cows.  We separated him from the rest of the horses because he wouldn't stop kicking and biting the new gelding we bought last fall.  Having spent the winter looking longingly over the pasture fence at the other horses grazing together, I figured it was time to reunite him with his buddies.  Grace had the fun of leading him back to his herd. 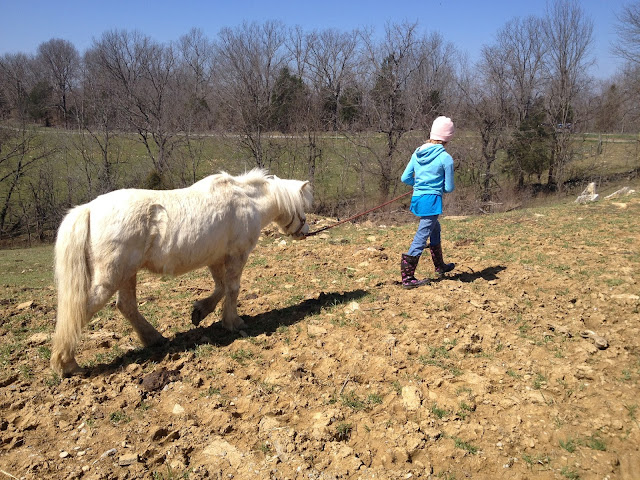 Peach trees are loaded with blooms...praying for no late frosts this spring!!! 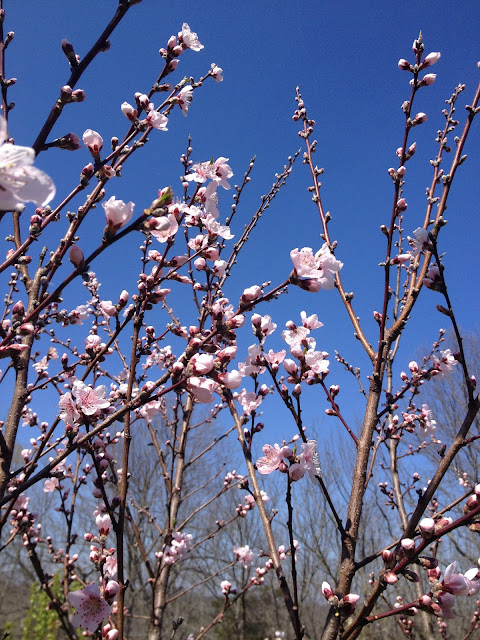