I'm loving the blooms and the beautiful green grass the past week. 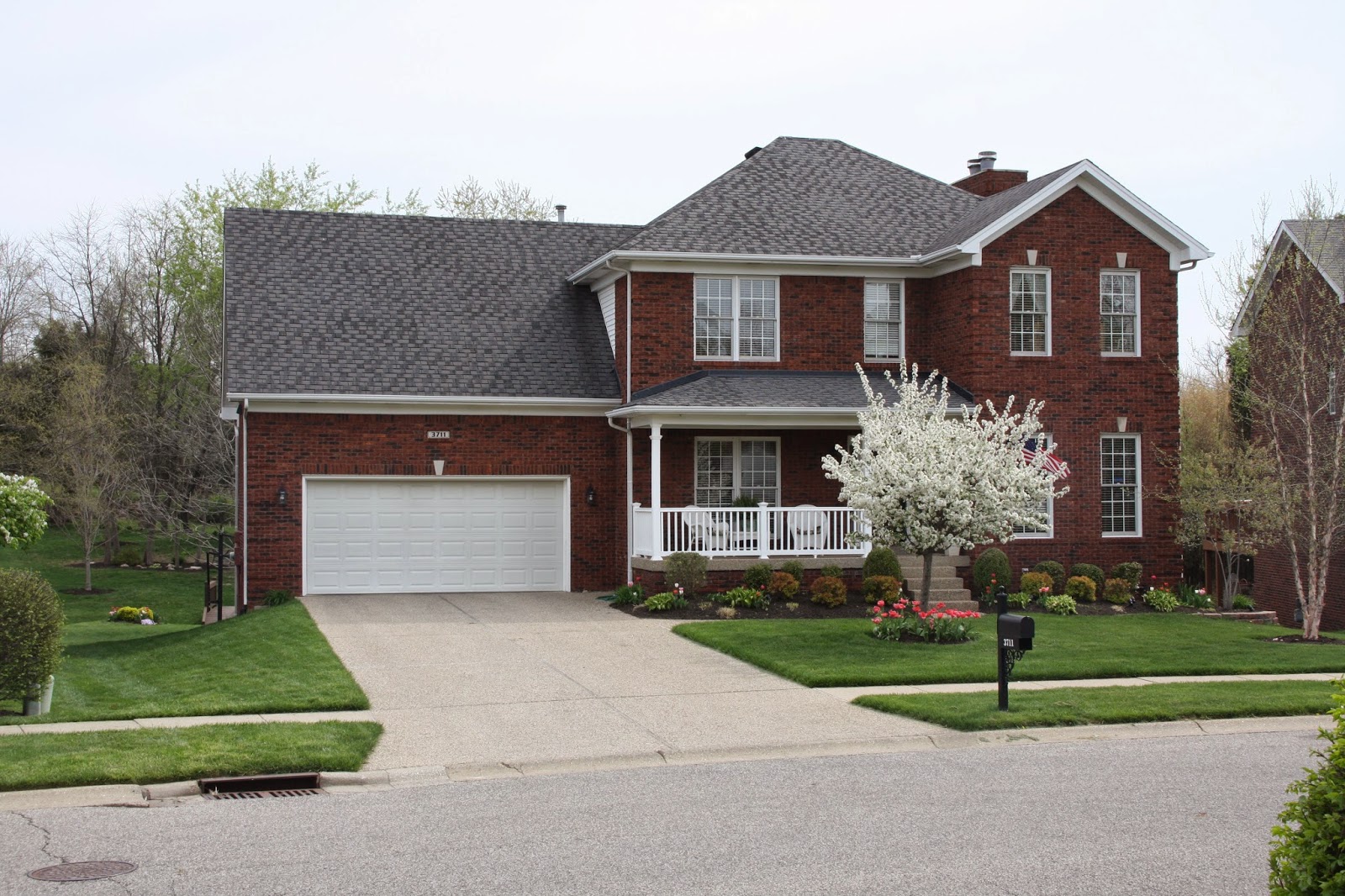 I'm sure I love the beautiful green grass way more than my son does.
He is not a fan of push mowing the yard.
We prefer to think of it as 'character building'.
He's not buying it.
The ornamental tree in front of the house has put on quite a show this year.
When I see this, I am almost convinced to make spring my favorite season. 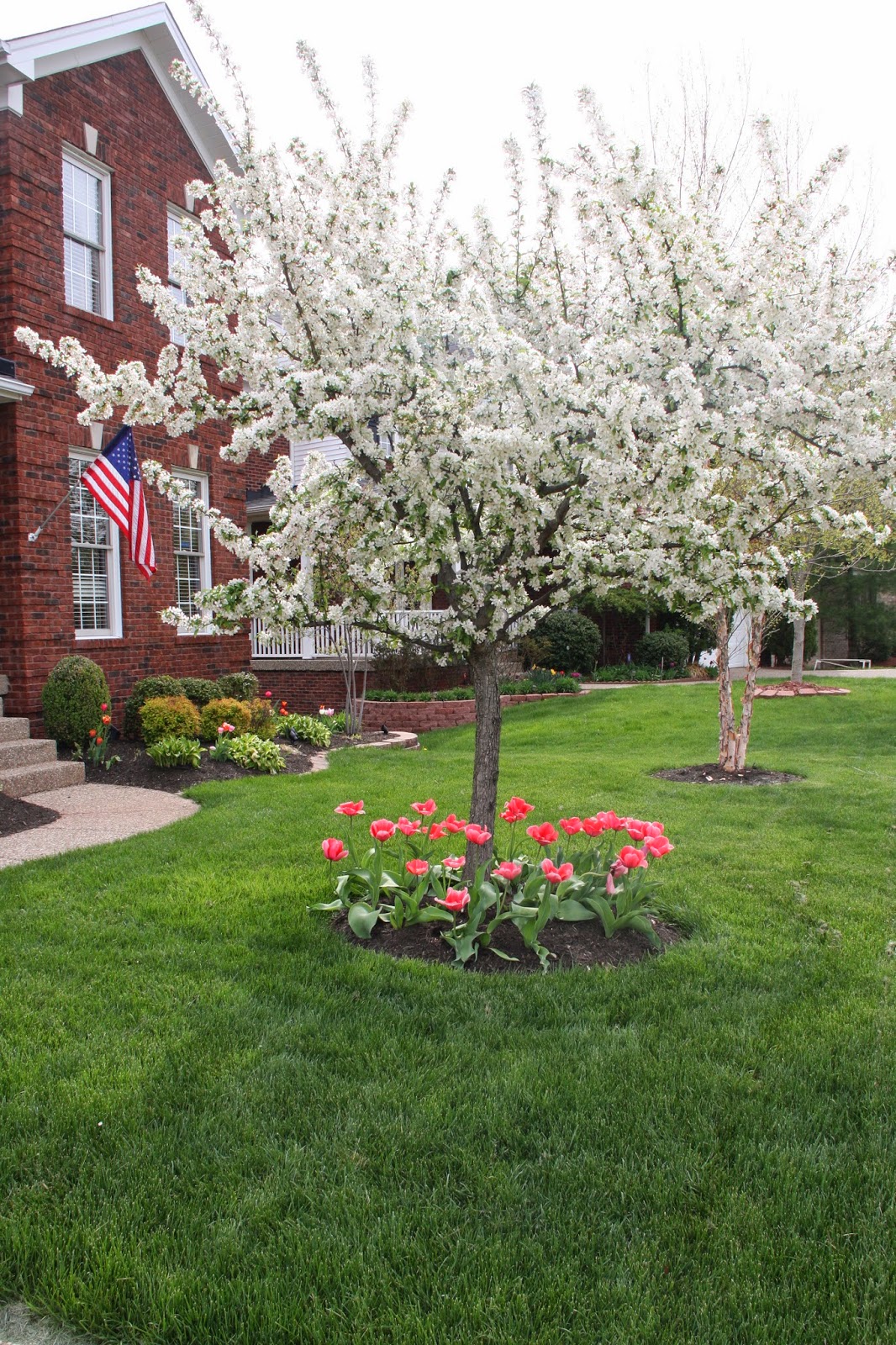 Almost.
Not much going on this week.
I have been to the orthodontist eleventy billion times with kids getting wire changes
and fixing things that break the past several days.
Grant goes in tomorrow for a repair job on his braces.  They will replace the brackets that popped off his skinny little baby teeth.  While we are there, the orthodontist is going to fix a piece that has already come off of Grace's hardware.  It was just put on Monday and she already has a piece gone.
Either my kids have Teflon on their teeth, or something is seriously wrong with this process.  I can't imagine this should be happening with such regularity!
Good thing I like our orthodontist.  Otherwise I might have to consider changing practices.
I don't have the photo evidence yet, but thought I would share something fun from a couple weeks ago.
John and Emily went to listen to John Luke and Sadie Robertson speak at church on Friday night.
John then went with David to hear Willie and Si Robertson speak later that same evening.  These are the people from the Duck Dynasty reality show.  John was so excited because he also got to meet all of the speakers between the two shows.  I think having his picture taken with Sadie Robertson might go up on the list of top ten things to happen in my fourteen year old son's life.  He was quite taken with Miss Sadie's looks to say the least.
And yes,  there were chants of "John and Sadie sittin' in a tree. K-I-S-S-I-N-G" coming from the back seat of the big white bus for a few days after the encounter.
Thank you, Grace and Grant, for keeping  your brother humble.
Along the concert/show line of discussion....
David has now forced me against my will to suffer through a George Strait concert AND a Willie Nelson concert.  I mentioned I thought it would be fun to go see one of the big groups from the eighties like Journey in concert.
PRESTO!
While reclining in our living room without so much as disturbing the dog sleeping at his feet, my husband used the magic of the internet to procure two tickets to see Journey in concert in Cincinnati this summer.
He wants to make it clear he has no desire to see Journey, he is just suffering through the concert to show his appreciation for me going to see Willie and George!
Nope.
I'm not buying it.
I'll still keep the tickets to see Journey though.