Yes. It is what it appears to be. 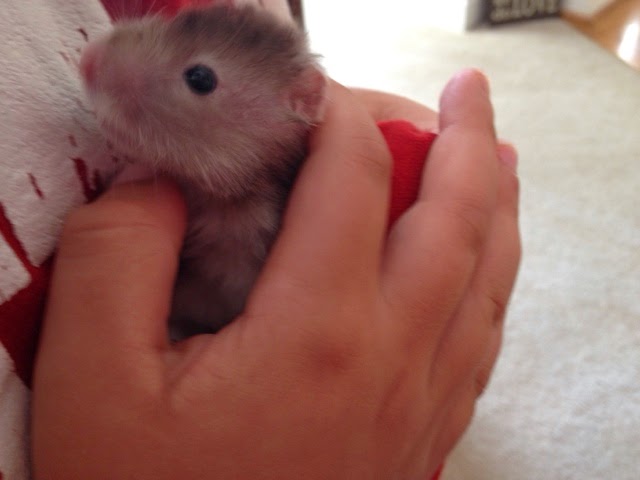 Grant has a hamster. 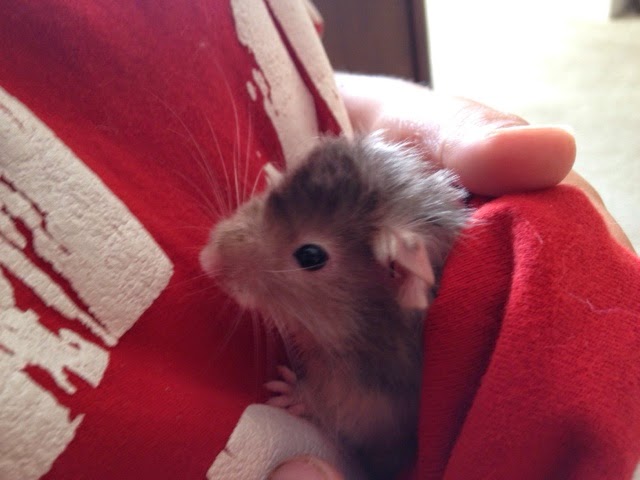 Grace has one too. Her hamster bites. She won't hold it long enough for a picture right now.

We had a little incident the second night with grace's hamster. Its previous profession was escape artist.  At least it seems so. The hamster could not be found.  We emptied her room looking for it the next morning with no luck.

Only after we lost Grant's hamster the next day did we decide the hamsters were tiny enough to free themselves from their cages. Sigh.

After emptying grant's room and recapturing his hamster I was pleased to see grace's hamster cowering under grant's bed. Both hamsters are safe in cages newly modified to prevent future escapes.

Now I need a nap!
Posted by otherwise known as mom