Food has a very short life in our house.
Nothing compares though to the speed with which egg nog is consumed. Yet no one ever owns up to being the guilty party that drinks the stuff. It just disappears.  Or so it seems.
David took matters into his own hands by  posting warnings on the carton. He even named names. 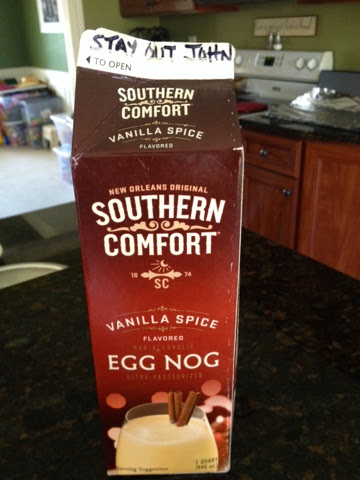 And just in case the first message was missed, a second was placed here b 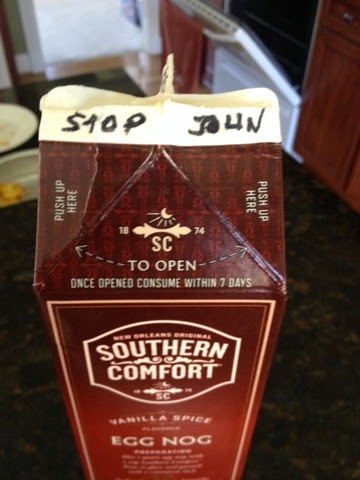 John's solution was terrific. Since his dad ordered him to not open the carton, john proceeded to insert a straw into the closed carton to enjoy his favorite holiday treat. I'll give him an A for creativity but it probably wasn't a very smart move. David wasn't amused.
I don't see the egg nog wars ending any time soon.
Posted by otherwise known as mom