May Is A Whirlwind

I would like to complain, but it seems ungrateful to complain about these things.  I will content myself with the business and help celebrate the things our kids do well.

John received several awards...overall GPA, top ten percent in his class, and a couple more that I cannot even remember.

The big award was given at the end of the program.  John was selected to be Command Sergeant Major of the Male JROTC program his senior year.  I am not literate in the way these things work....(John gets tired of explaining these things to me over and over.) But if I understand correctly, this puts John in charge of all cadets in the program at Male High School next year.  That's pretty exciting!

Here he is receiving his awards... 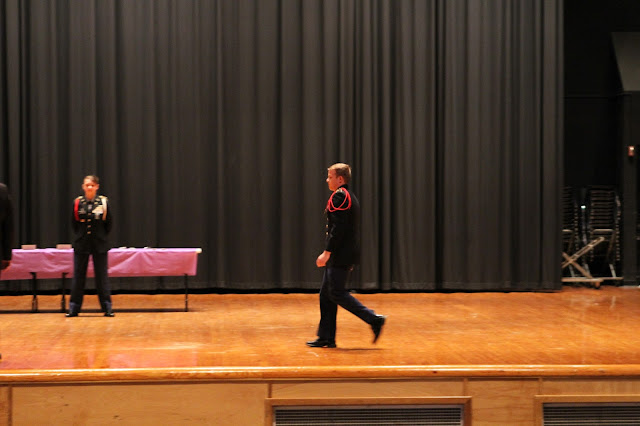 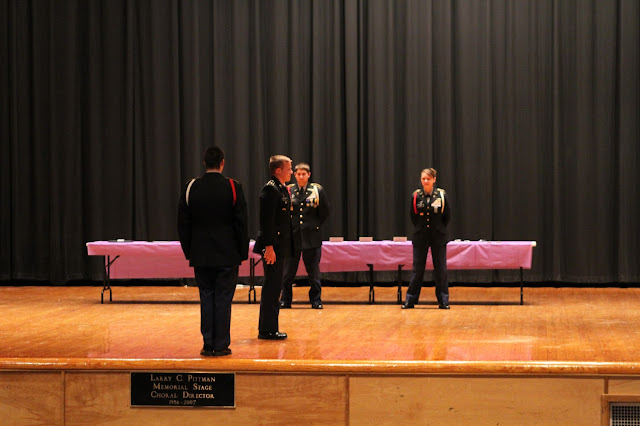 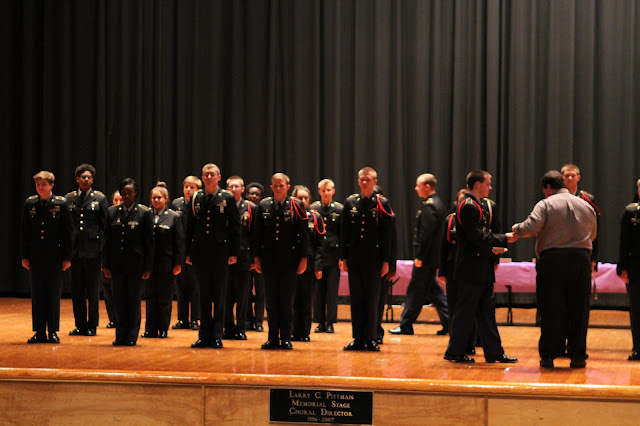 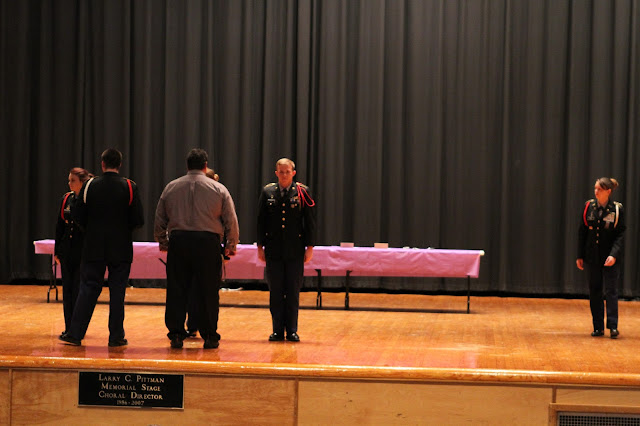 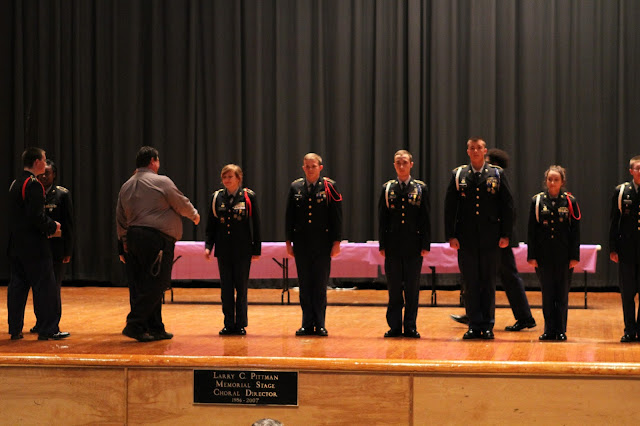 And here is when he was announced as the CSM for next year. 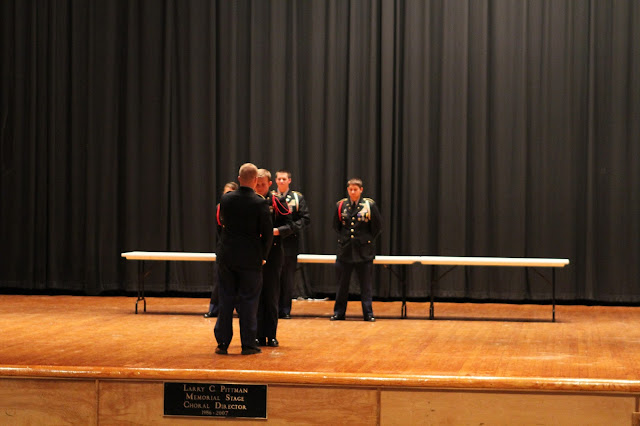 Being congratulated by his classmates. 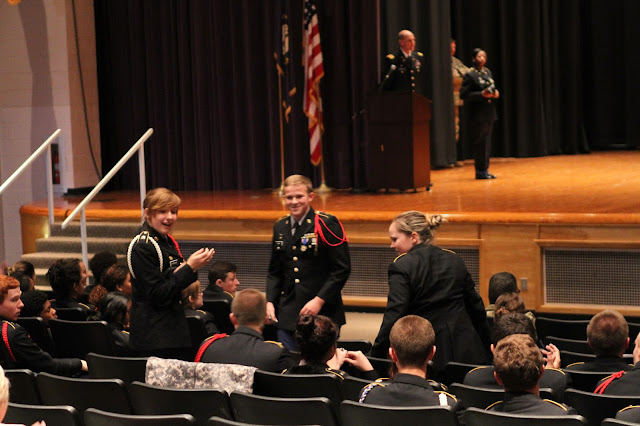 I informed him that he should not expect his parents to leap to our feet and salute as he enters a room from now on.

He agreed that we would be exempt from such obligations.

And in the world of Latin.....
Emily has spent the better part of a week working on a project for Latin class. 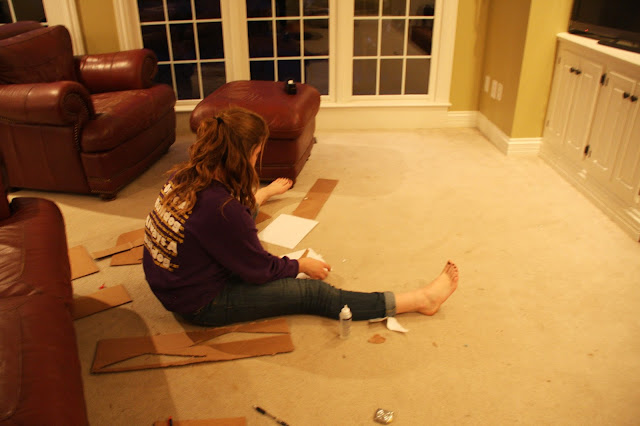 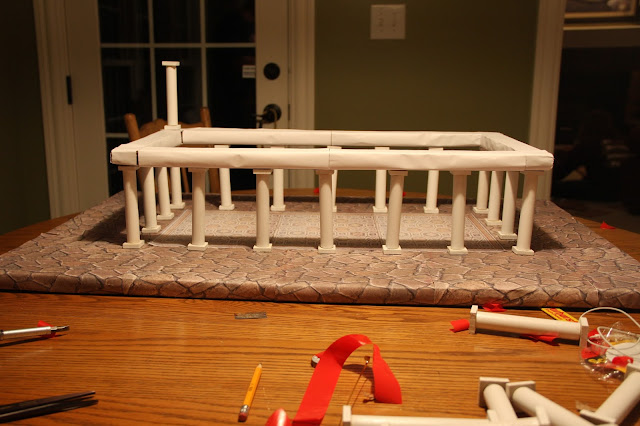 is the Basilica Ulpia of Trajan

Due to the complexity of the project, Emily enlisted the assistance of our resident engineer... 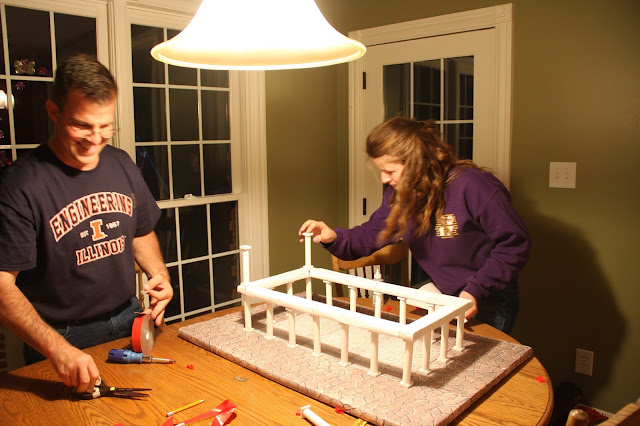 who happened to be wearing an engineering shirt. 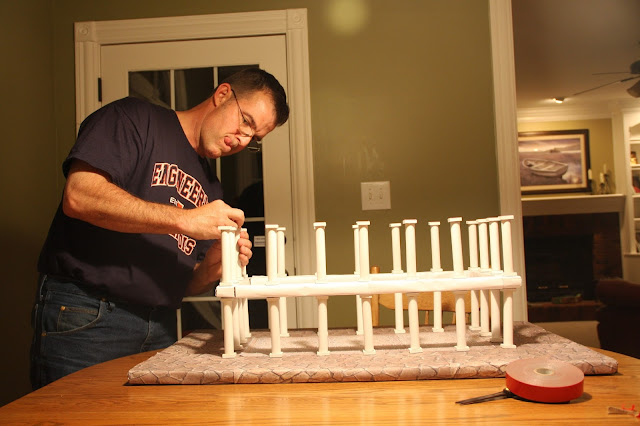 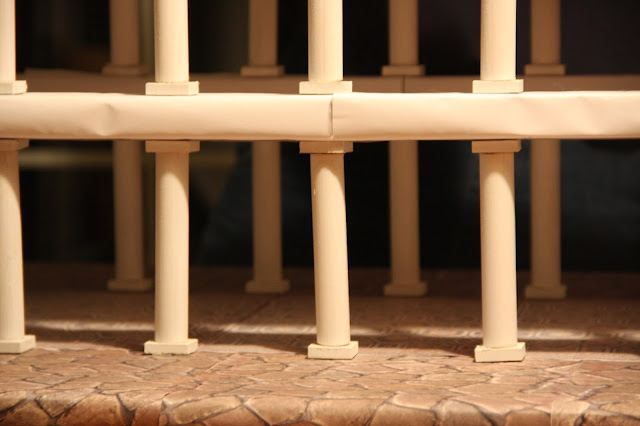 With much laughing and silliness, the project was finally completed! 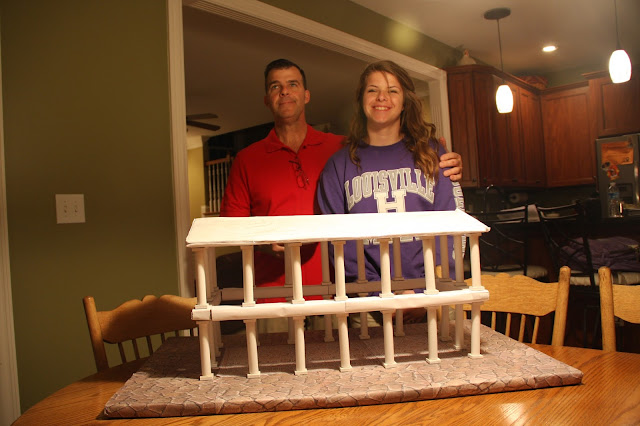