Don't you sit around with your sunglasses, helmet, shield and
golf club sword
while watching television wearing camo rain boots? 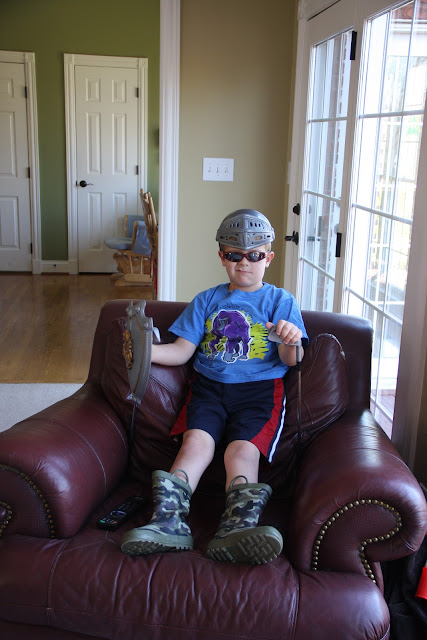 Well, one of us does. 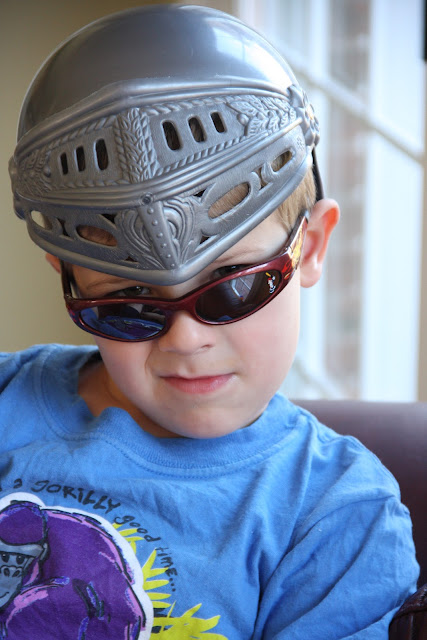 Make that two, if you count the cat. 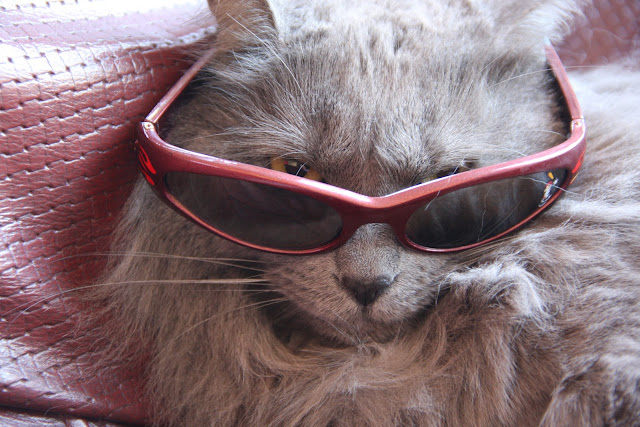 I picked the four animals up from the kennel today after they spent a week there.
I'm not sure who was happiest to see the other, Grant or the cats.

I am certain after the first hour back at home entertaining Grant though the cats were ready to return to the peace and quiet of the kennel.

I've asked him why and he says he's afraid the bad guys will come get him.
I have no idea what planted that idea in his head, but hey, we'll work with it.

So now if I announce I'm going elsewhere to work he has agreed to stay put on the condition that I give him a weapon to use in case the bad guys come after him.

Now when I leave him I simply announce I'm going elsewhere and hand him his golf club (his weapon of choice).  He will happily continue playing/watching television holding onto his weapon just in case the bad guys get in the house.

I wonder how long this phase will last?
Posted by otherwise known as mom