Why I Have Gray Hair - an essay in pictures

When John was a young boy he loved to ride his four wheeler.
He was so responsible and very safe driving it. 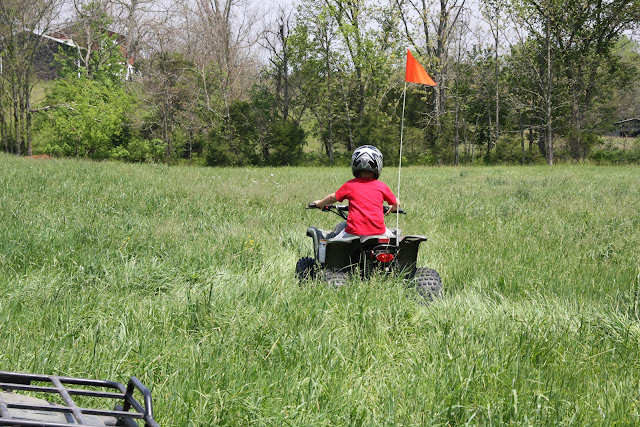 Too bad those days are gone.

That's not John on the four wheeler.  It's Grant. 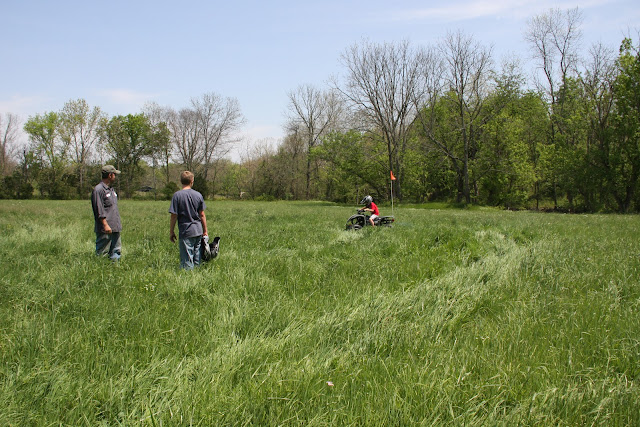 He was terrifying me so badly that David finally got on another four wheeler and played follow the leader to beat down a path in the grass and make a 'racetrack' for Grant to drive on. 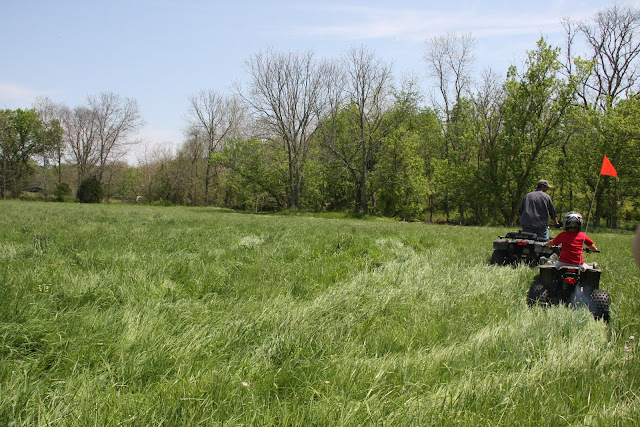 The entire time Grant was riding that thing he could be heard giggling and squealing over the noise of the engine. 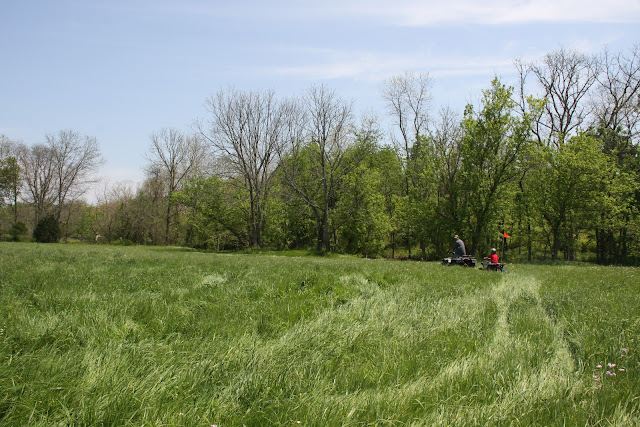 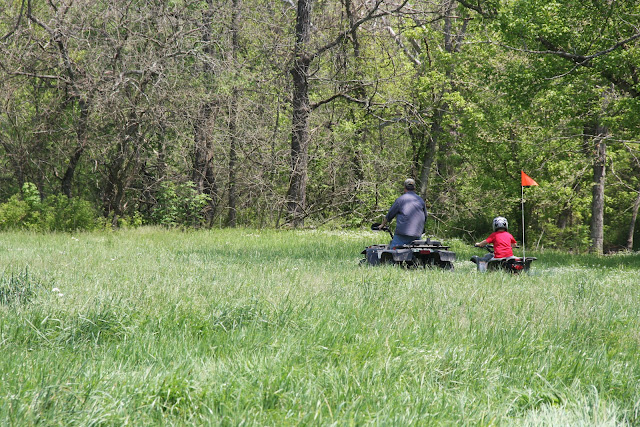 I have enough for the both of us. 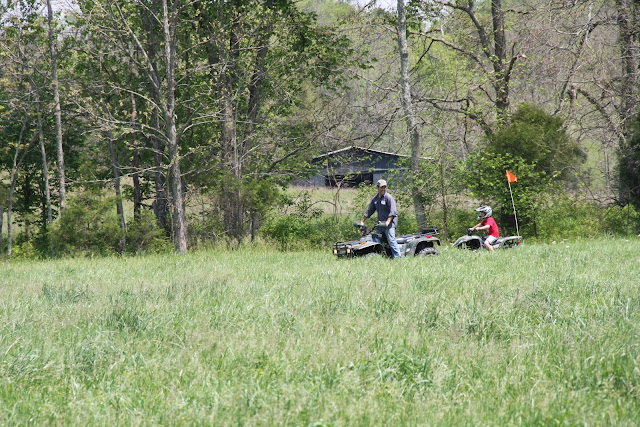 Now with renewed vigor and enthusiasm I keep hearing

"When are we going to the farm, Mom?" 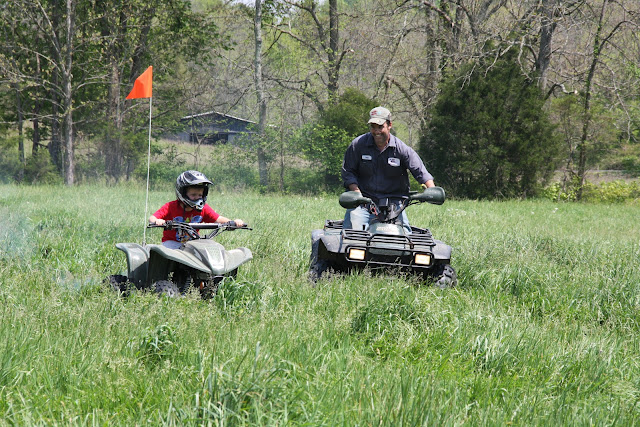 As if that was not enough stress,
then Grace had a spin on the thing. 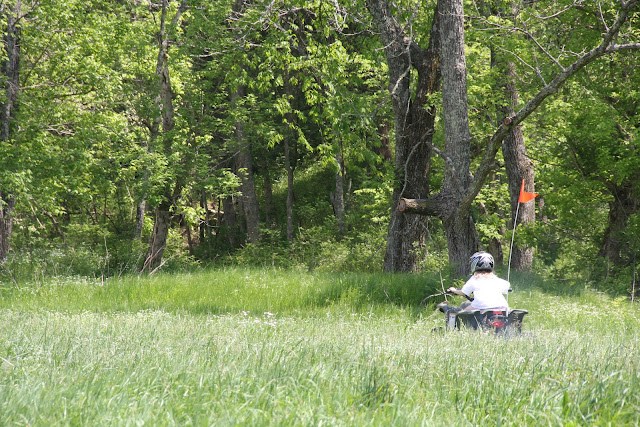 She didn't last long though.
She said pushing the throttle hurt her thumb. 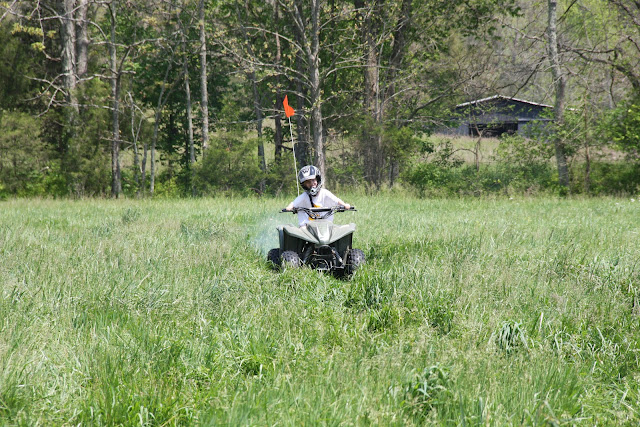 I better go buy a box of Loreal.
I think I might be completely gray by the end of this summer!
Posted by otherwise known as mom