Grace had ample opportunity to celebrate her seventh birthday.

I took cupcakes into school on her actual birthday to share with her classmates during their lunch.

Then this past Saturday we invited the girls from her class to a pool party at the YMCA.

Once again, we made a poodle cake.﻿ 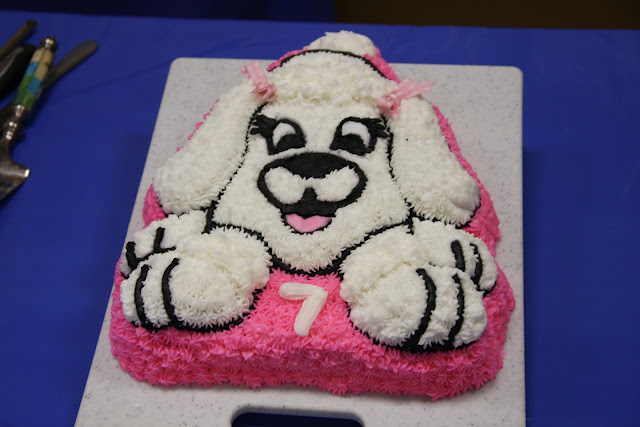 She was so excited about the party.
This was the one (and probably only) time I've done a party for one of the kids somewhere besides our own home. 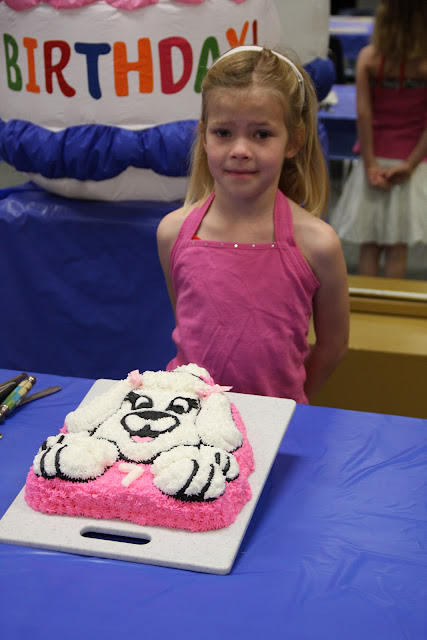 Unfortunately, the party happened during the peak of March Madness in Kentucky.
Everyone was partying that day, but not one was celebrating birthdays.
They were all celebrating the faceoff between UK and U of L that night.

Only five girls made it to the party. They played games, ate cake and swam for a couple hours in the pool. 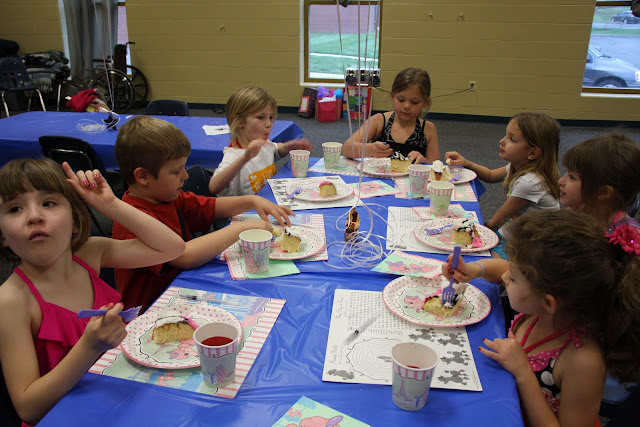 I think we have now celebrated her birthday with enough sugar to declare her officially seven years old.