Grant has a new love in his life. 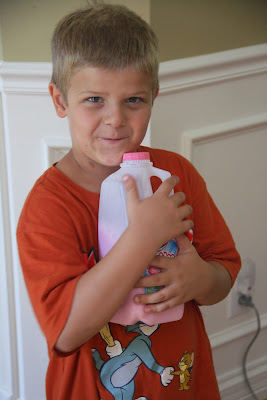 He talked me in to buying  him strawberry milk. 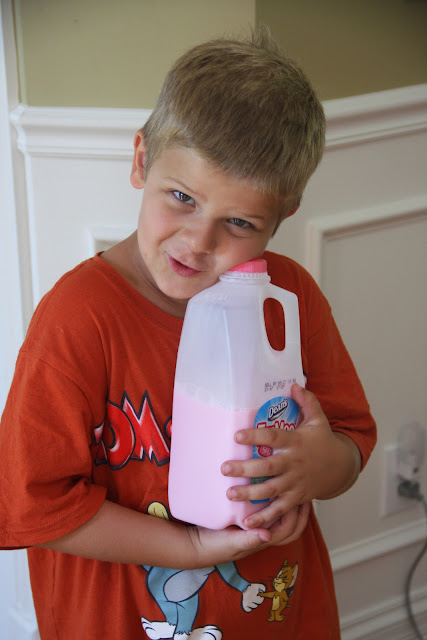 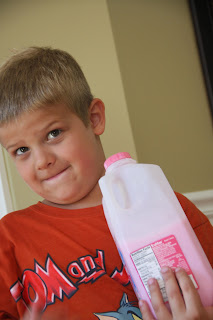 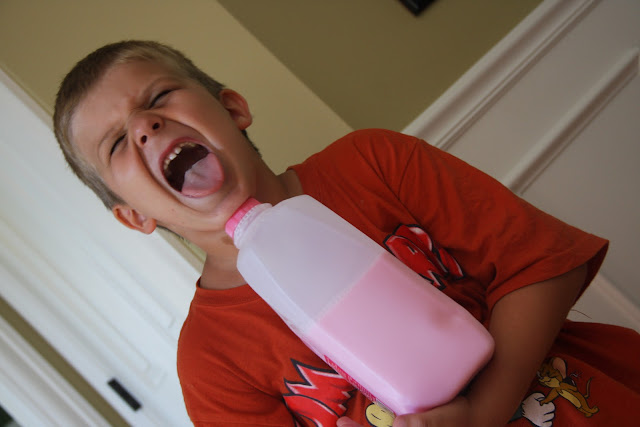 He drank the whole thing!
That would lead to my next thought....
Seeing as how he is built like a sherman tank and he is usually off the chart on growth chart percentiles,
we are trying to get him eat a little bit healthier. 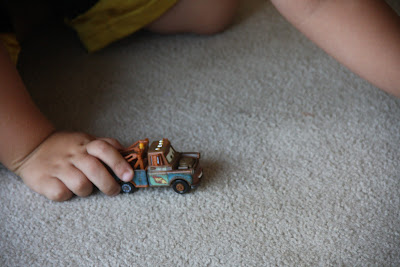 So far it is working (please disregard the above pictures of strawberry milk).
How do we address this since we really don't want to talk about
"being fat" or "being on a diet"? 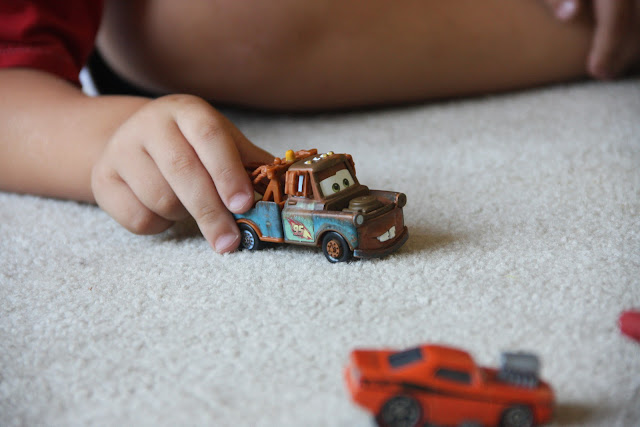 We ask him once a week or so to go weigh and
"tell us his numbers".
Then we talk about trying to keep his numbers healthy. 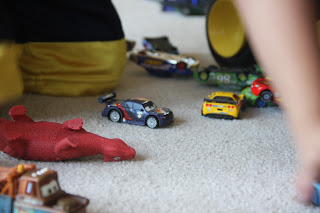 He thinks it is a game and has fun weighing and telling us "his numbers". 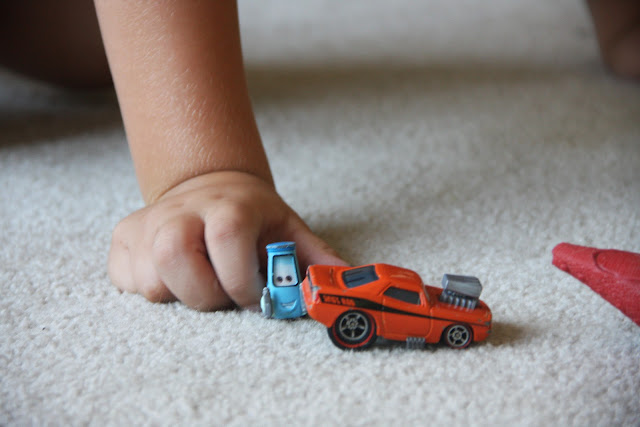 Hopefully, there is a little less Grant to love the next time you see him. 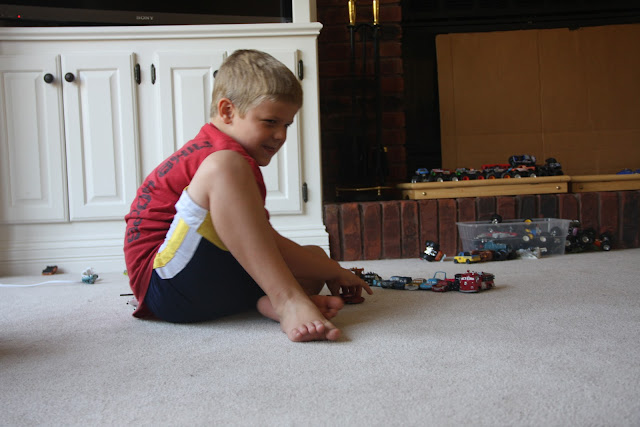 His kindergarten class went to a pumpkin patch recently. 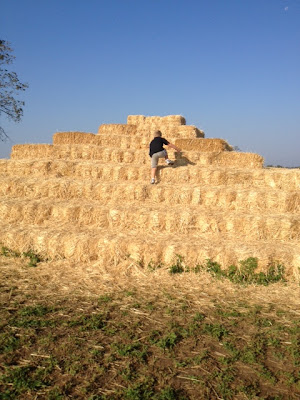 This is the only field trip they have in kindergarten. 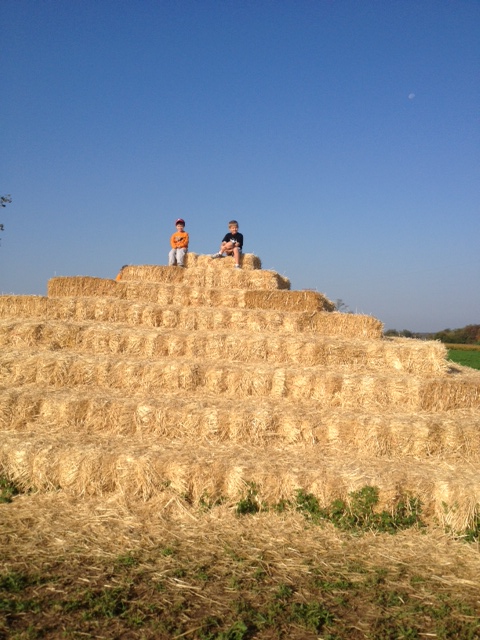 He had a blast playing on the hay bales with his friends. 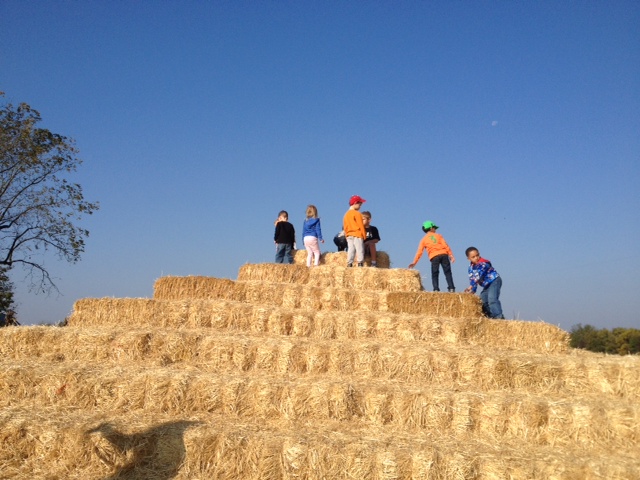 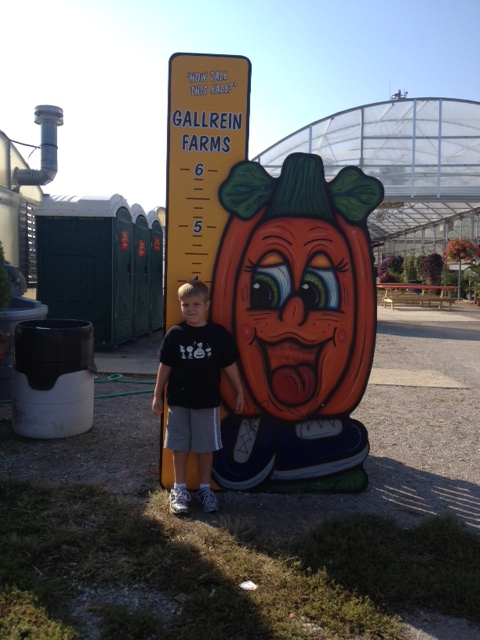 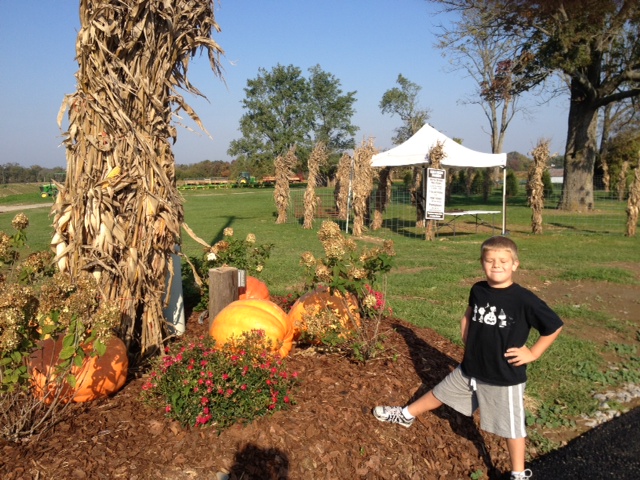 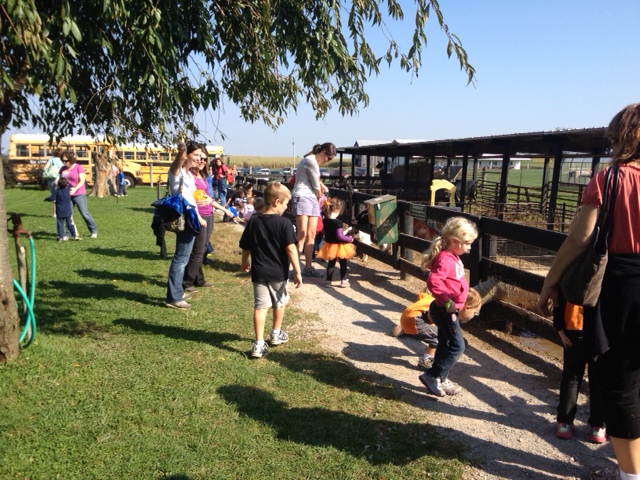 Other Grant Stuff....
Grant loves to read library books.
Ninety-nine out of one hundred of them will always be non-fiction.
The subject doesn't matter....cars, dinosaurs, castles, rainbows, snow, tractors, horses...
anything non-fiction.
Grant has learned to whistle like a pro.
He can whistle a tune with the best of them.
Ask him to demonstrate.
He loves to whistle all of the time.
(including in the car!!!!  Ahhhhhh!!!)
Mario Kart is his favorite Wii game to play.
Routinely he beats me at this game.
He does not beat me because I am nice and let him.
He beats me
because
he is that much better than I am!
Grant is into teasing and jokes.
He loves to tell me whoppers and usually he can convince me he is telling the truth.
Then I feel pretty dumb when he chimes in with
"JUST TEASING"!!
He listened to a whole lecture from me about getting a color change on his behavior chart one day before finally telling me he was "just teasing" and had NOT gotten in trouble that day.
Grant is getting soft.
He voluntarily put on jeans today to play outside.
If you know him well, you know that is significant.
(still no shoes and socks though, just jeans)
Target pizza is the favorite place to eat after school.
We eat there once a week whether we need it or not.
Hey, he's my last one.
He gets spoiled.
Tying shoes is the newest hurdle on the road to growing up.
We do criss-cross very well.
Through the rabbit hole is totally killing him.
His fat fingers cannot hold those little strings!
For now, Mom continues to be the official shoe tier.
@@@@@@@@@@@@@@@
Lots going on in the news.
Praying for those in the path of the storms out east.