Thanks to the addition of a few new weapons 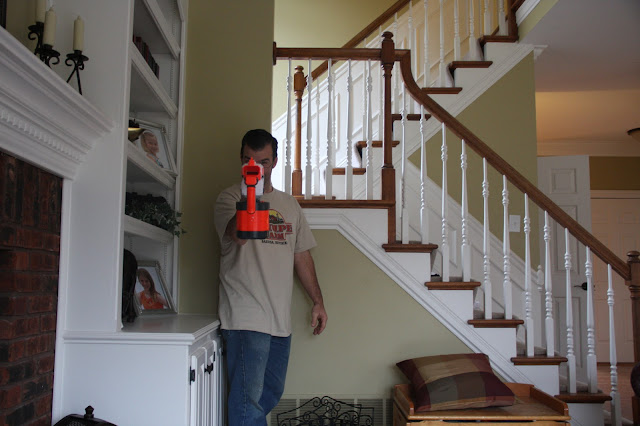 my house has become one big battlefield! 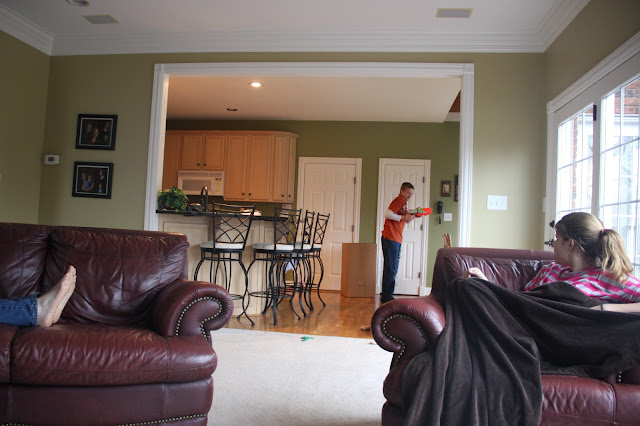 Watch yourself or you might take friendly fire while cooking dinner. 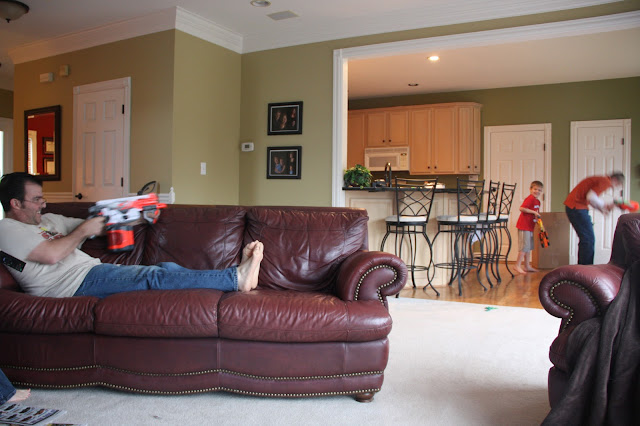 During a lull in the battle, one of the troops built this little creation. 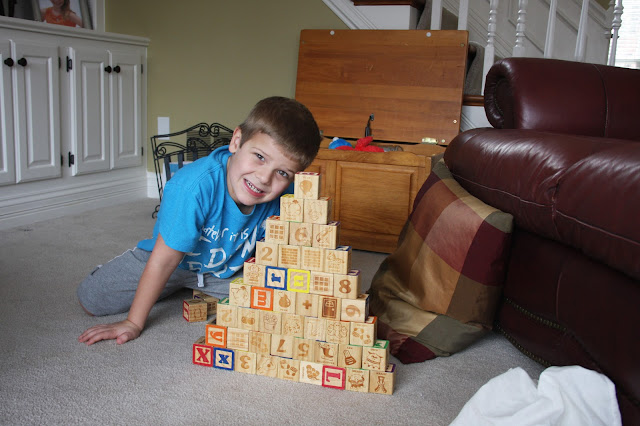 It didn't last any longer than it took him to build it of course. 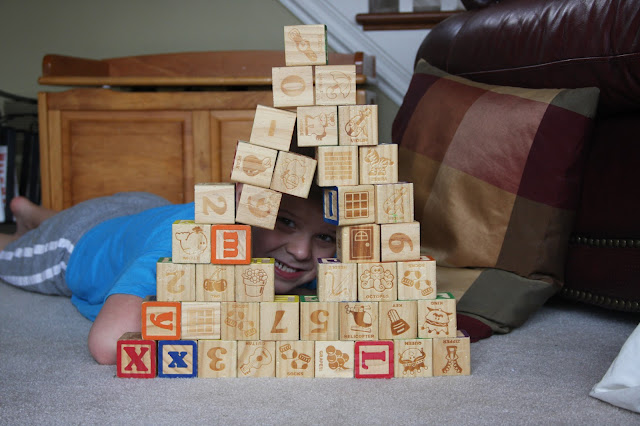 Sometimes the war moves outside for a while. 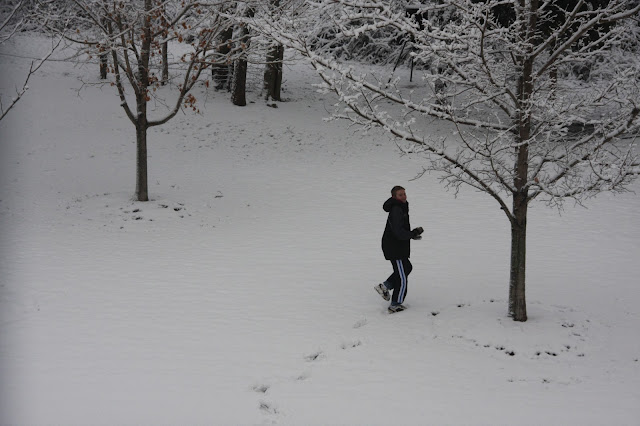 Some family members were on a peace keeping mission...
trying to get the enemy combatants to make snowmen, not war. 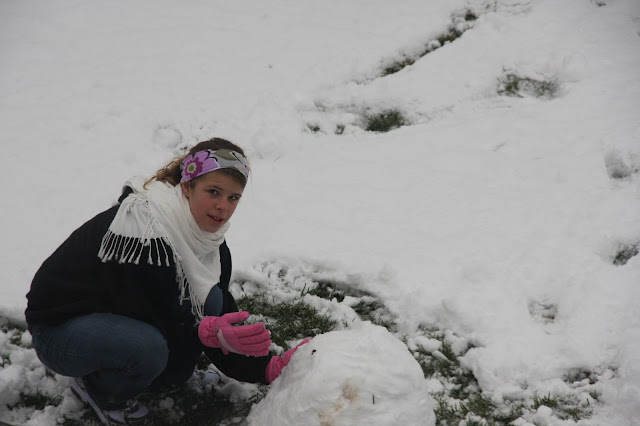 Some soldiered on, not willing to give up the fight. 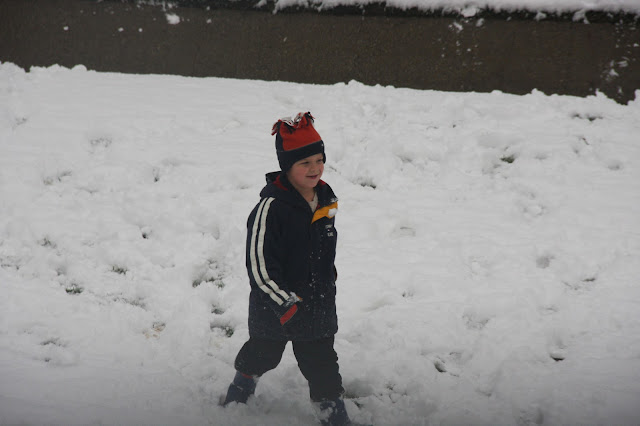 Others embraced the peace keeping efforts. 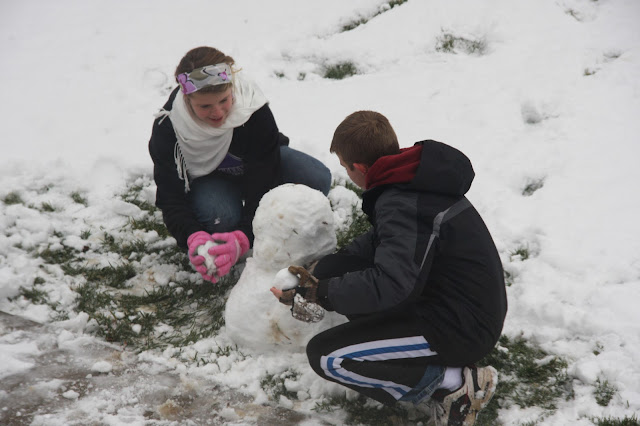 Obviously some military forces were severely underfunded....
lacking even the most basic needs
LIKE LONG PANTS!!! 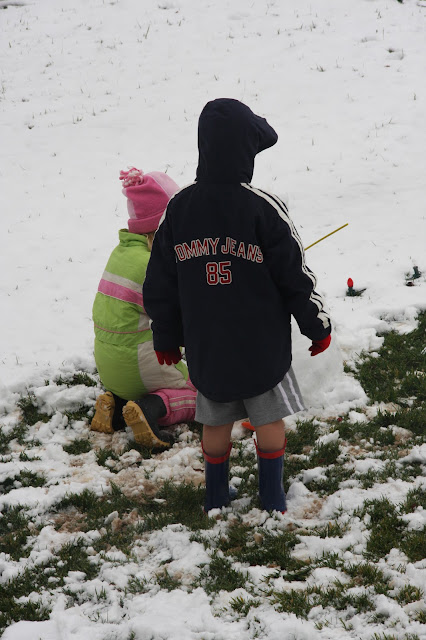 Who goes out to make a snowman wearing shorts?
Oh, silly me!
Of course the answer is GRANT! 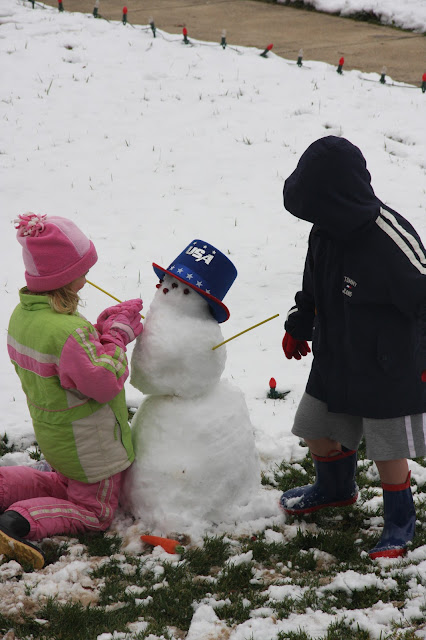 The outside war soon ended.
This had much to do with the snow melting. 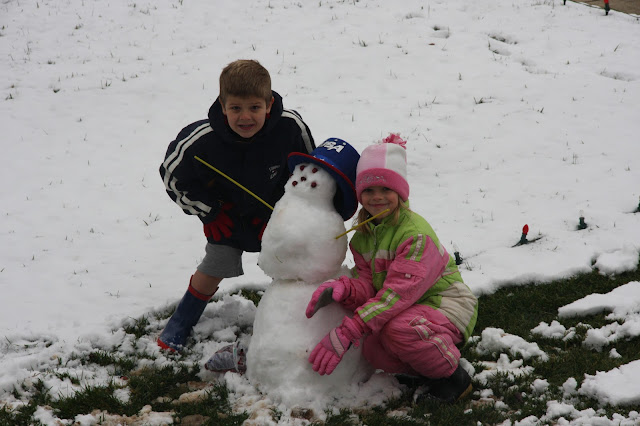 BUT
The indoor Nerf war rages on.
Thank you, Uncle John and Aunt Chris, for throwing fuel on the flames of war by adding to their arsenal.
(said no one EVER!!)
Only joking.
I am sure this is payback for all of the loud toys we bought your kids.