We took four wheelers back to a clearing behind the house. 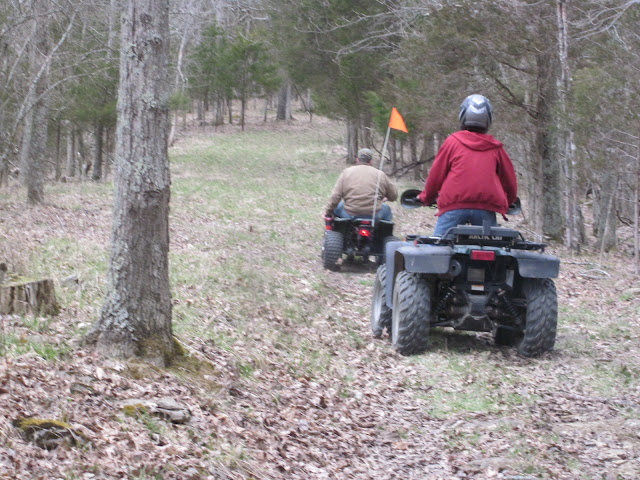 Do you like David's ride?
He is so proud of his orange flag!! 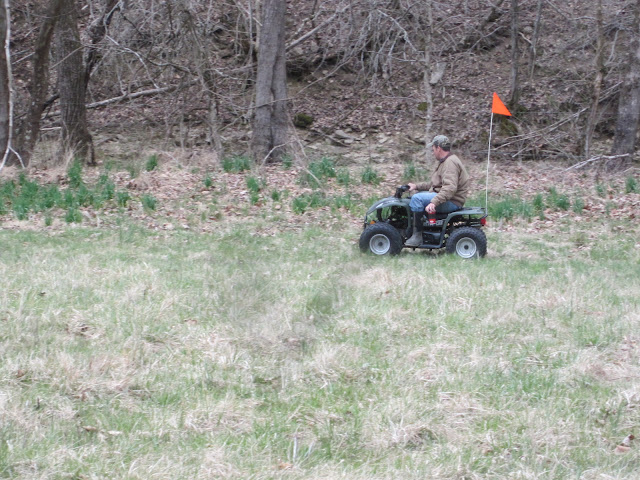 He was taking the little four wheeler over the rough parts of the trail for Grant.
Grant wanted to drive his four wheeler, but there are few places on the farm safe enough to turn a six year old boy loose on a four wheeler. 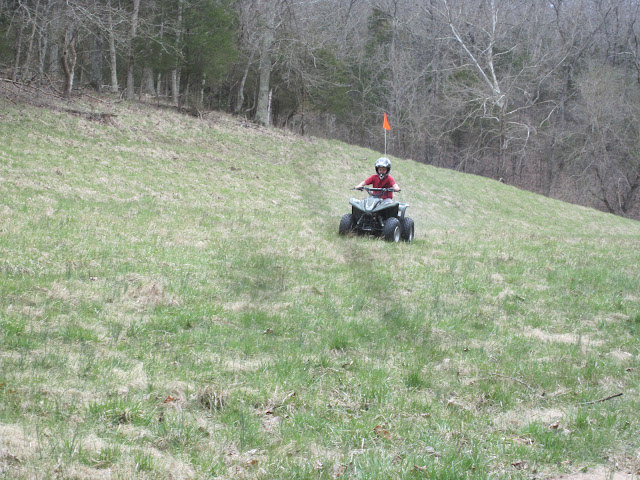 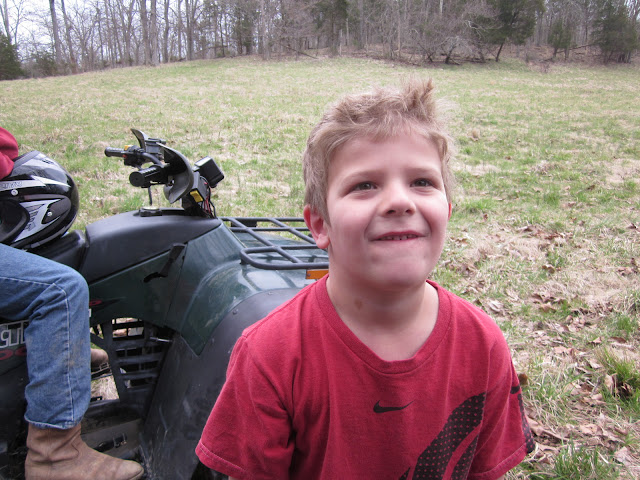 Another form of helmet head 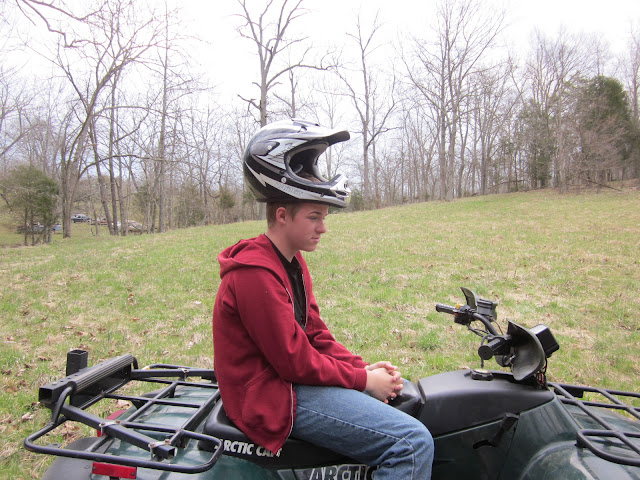 Funny, John!
Emily watching the fun from the safety of the Rhino 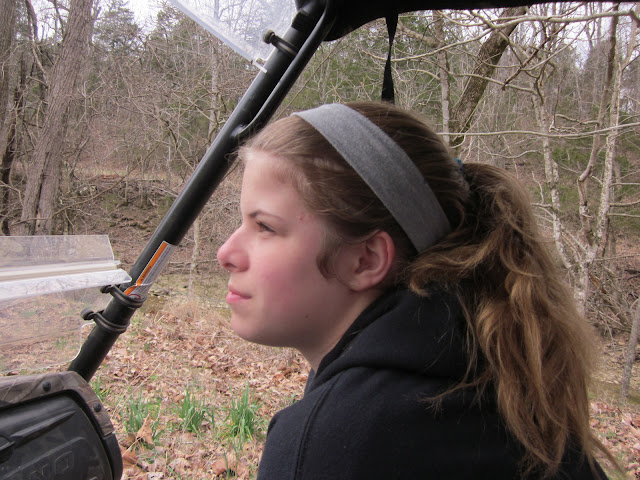 Grace waiting for her turn on the four wheeler 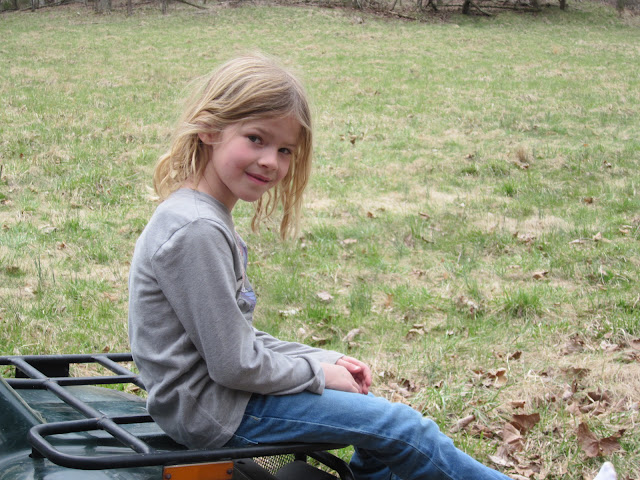 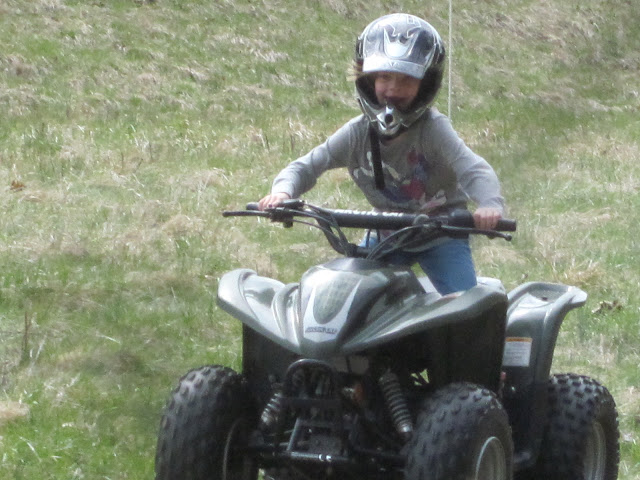 Would you believe this tattoo is still stuck on Grant's arm?
Believe it. 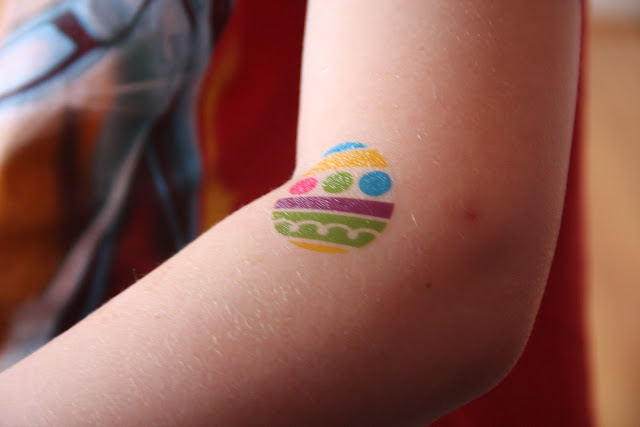 We do bathe him.
I'm not sure why is has stuck around so long.


Grant only has four weeks of school left. 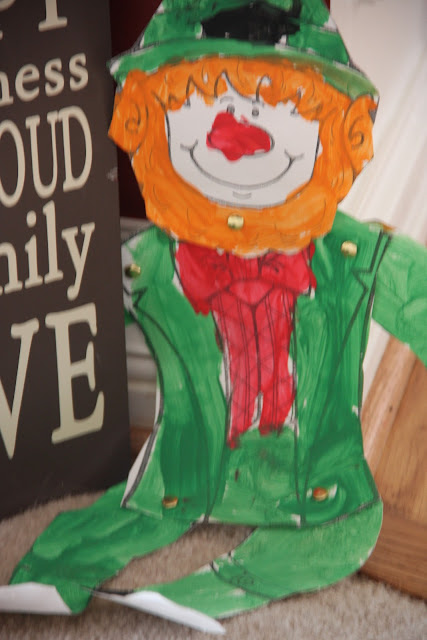 That means four short weeks left to decorate my fridge with all of the wonderful artwork he brings home.
He was so proud of his bunny.
He explained in great detail how he made the stripes
and why some stripes were green/yellow instead of red/blue. 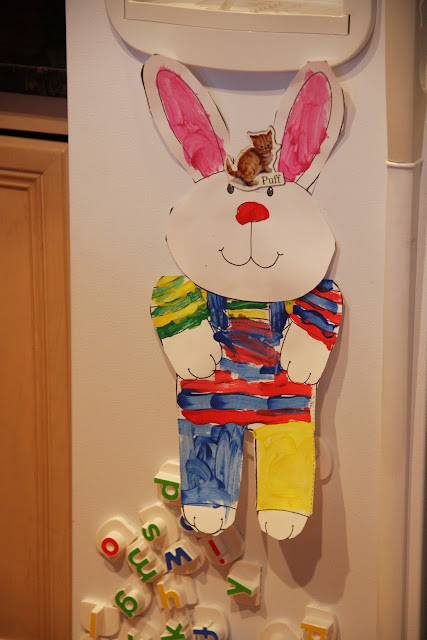 I love to listen to kids this age.
There is so much thought that goes into things...
much more thought than I give them credit for sometimes. 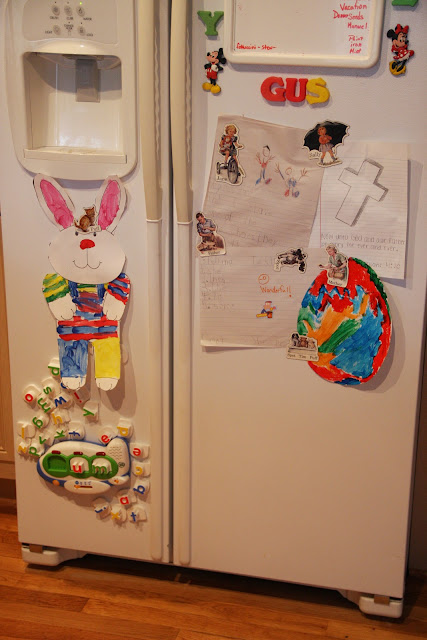 A couple pictures snapped on my phone during the 8th grade social last weekend... 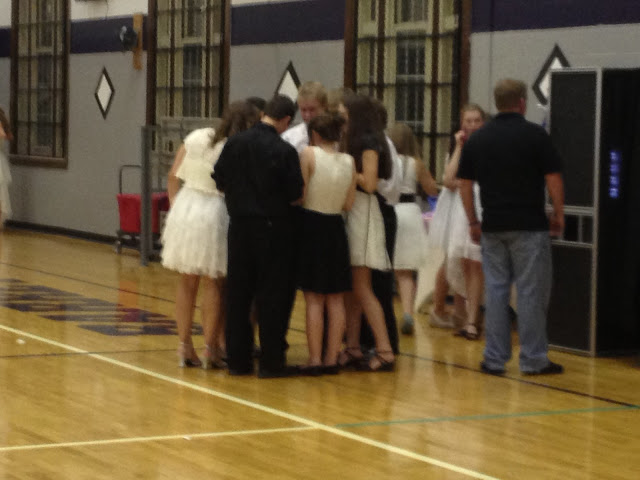 Let me just say these are some of the modest outfits I saw!
I don't think I have any of the more INTERESTING outfits in my pictures. 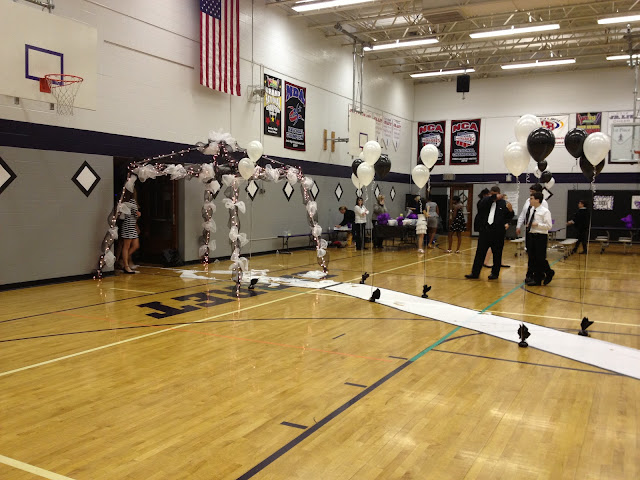 Emily was dismayed because one of the more "frumpy" teachers
complimented her on her dress and its length. 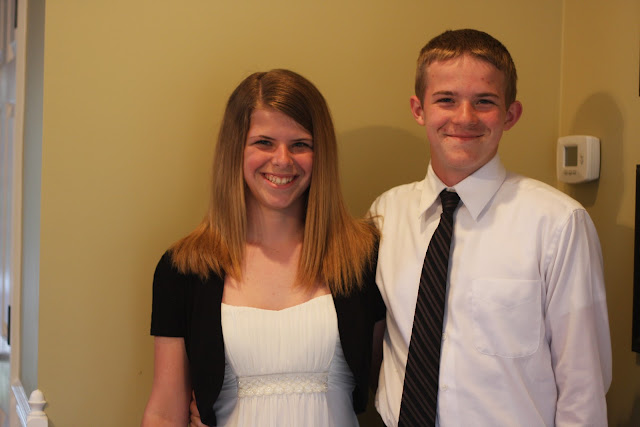 Emily did not consider that much of a compliment considering the source.
No matter.
I was proud of both kids.
I thought they looked nice.
Most of these pictures are from a week ago.
John and Emily left this past Friday at the end of the school day
to go on a field trip to Gatlinburg with their music department.
They did so much in three days.
They hit Hard Rock Cafe,
Clingman's Dome
Dollywood
Dixie Stampede
Ripley's Aquarium
Cataract Falls
Nascar Speedway
all from Friday evening to Sunday afternoon.
That's a lot of walking for one weekend.
I picked them up at school at nine o'clock tonight.
They were tired, but they had a great time.
We have been using our newly acquired cattle sweep and head catch to vaccinate and tag cows. 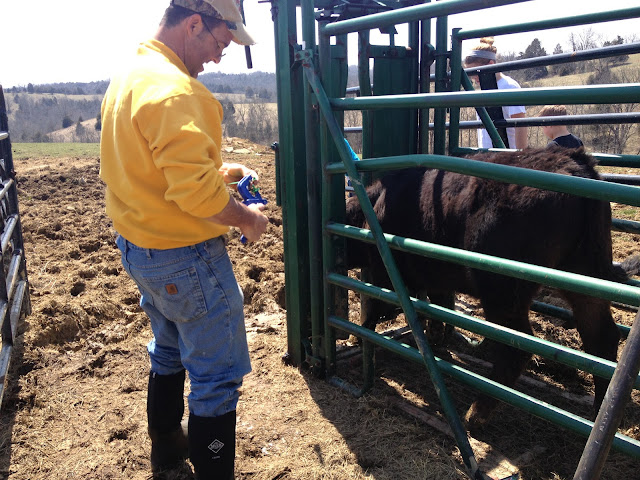 The kids love it.
They like to pet the calves while they are caught. 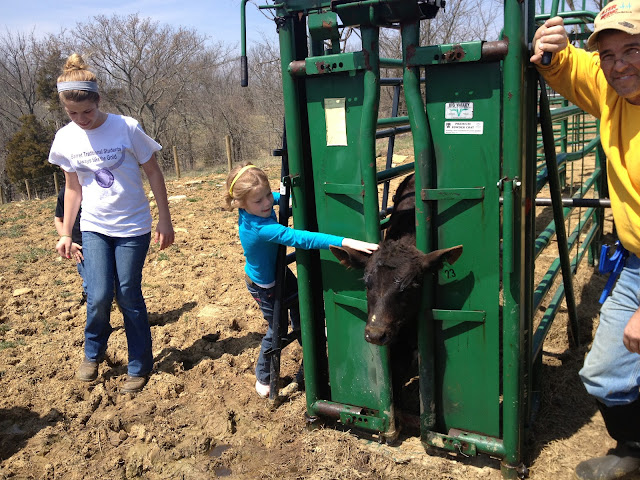 I don't think the calves are too fond of this activity.
All of this cow stuff has led to some interesting conversations around the Shupe Zoo.
While shopping at Tractor Supply Friday evening,
Grace and Grant got genuinely excited when they found a toy farm set for sale that included among other things a cattle sweep, squeeze chute and head catch.
They begged me to buy it.
I did.
They spent many hours this weekend playing farm at the farm.
While playing, Grace was incorrectly using a boy cow as a momma cow.
David pointed out to her the problem with her momma cow selection.
This prompted a conversation about the differences of cows, heifers, steers and bulls.
Finally, to explain the difference more clearly we put it in terms of people they knew.
For instance,
I am a cow.
Don't laugh.
Grace is a heifer.
I told you not to laugh.
This conversation went well, and the illustration worked to clarify the issues until Grace wanted to know the difference between a bull and a steer.
I told her to go ask her father.
He said to ask grandpa.
Be prepared.
Grace and Grant might just want to know your bovine status the next time they see  you.
Don't say I didn't warn you.