Friday night while John and Emily were at their social David and I took Grace and Grant to the mall.
Grace had a little errand to run. 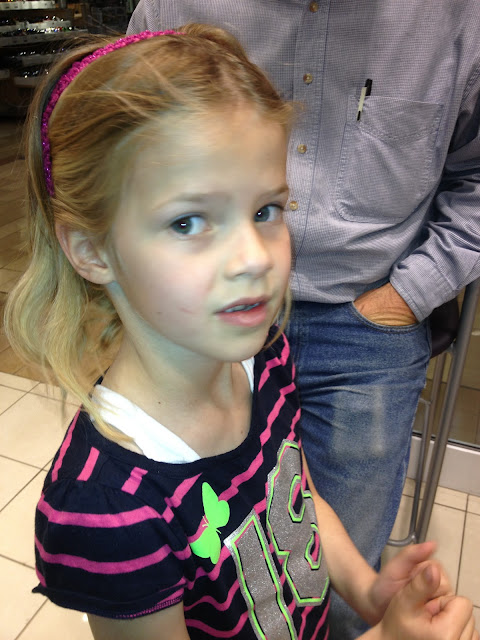 The errand didn't involve any actual running.
She sat for most of it. 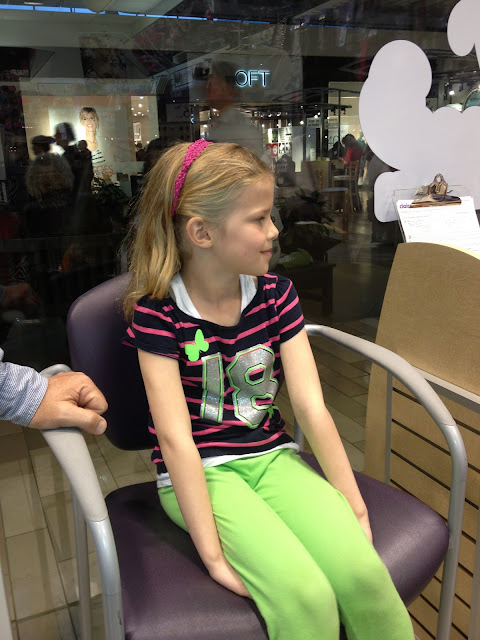 It did involve guns
and the help of two very nice ladies at the jewelry store. 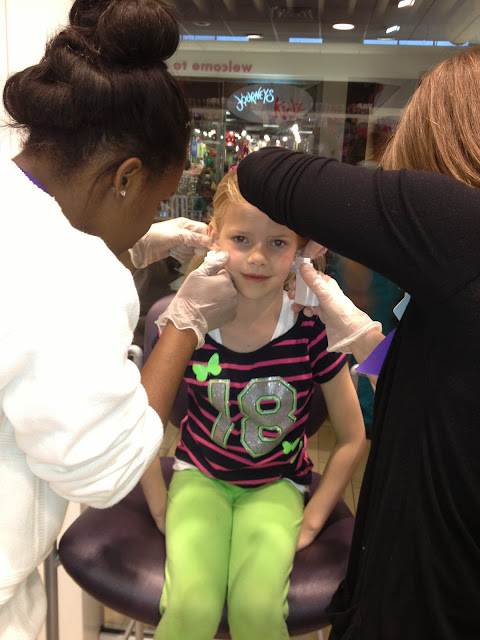 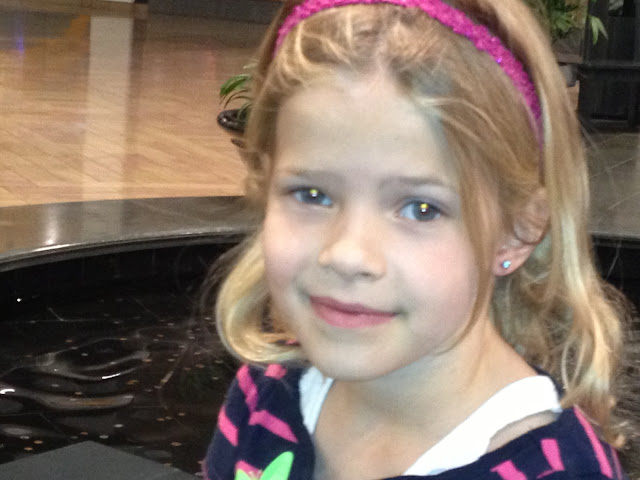 See her glistening eyes?
Those are unspilled tears she was trying to bravely hold back.
She was a bit shocked when they pierced both ears at the same time.
As with Emily a few years back,
I am not sure she would have sat still for the second ear had they only pierced one the first time.
She is now the proud owner of her first set of earrings. 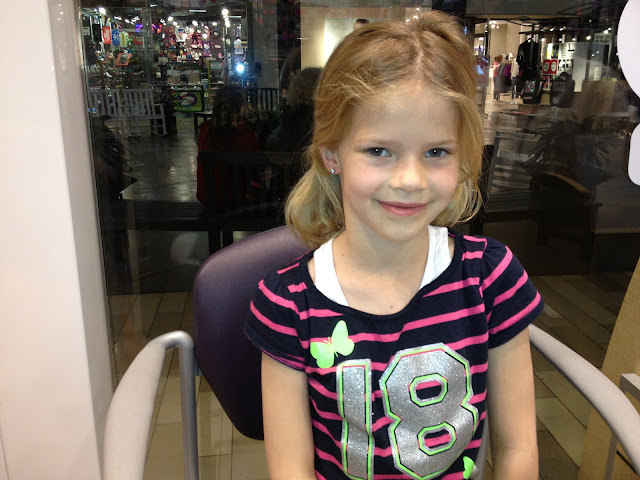 She is really growing up.
Guess what she wants for Christmas this year?
We told Grant we were going to pierce his bellybutton while we were there. 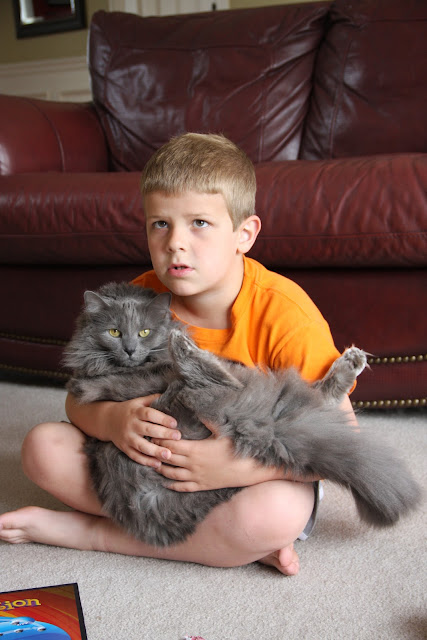 He had to stop and consider that piece of news for a moment before he concluded we were only teasing.
That doesn't speak well for how seriously (or not) we take our duties as parents.
We are always telling our kids some lame story just to mess with their heads.
We even told Grace she wouldn't be able to swim with her earrings in at swim lessons since the extra weight of the earrings would make her head so heavy she would possibly drown.
We only let her stew on that one for an hour or so.
Yeah, we're messing with their heads.
Just trying to prepare them for the screwy world they live in.
John had his first scrimmage today.  Grant had his second scrimmage today.
It is going to be a long two months or so with both of them playing this year.
I am now the parent with the color coded calendar so I can keep track of all of their activities.
Thankfully it slows down once June gets here and school is over.
I think I can survive at this pace until then.
Goodnight!