I can't believe I have been three weeks without posting.

David keeps asking me each night, "Have you posted yet?"

(no guilt there, right?)

Each day I tell him NO and silently renew my vow  to post before one more day flies past.

The kids have been out of school almost three weeks.  What has happened since I last put up a real post? 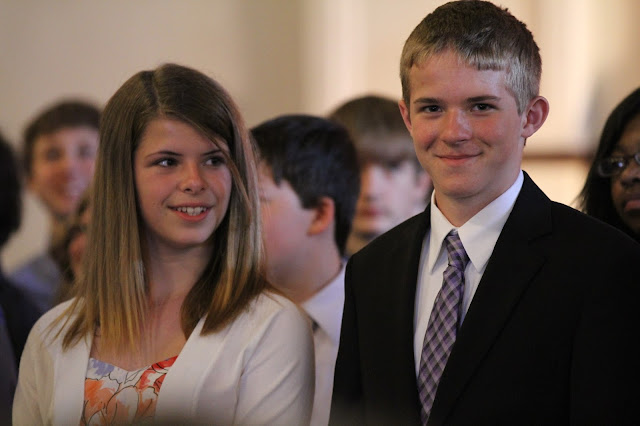 are no longer middle school students.
No longer Hilltoppers, they are now Bulldogs.
Go Dogs!!
It seems like yesterday they donned caps and gowns 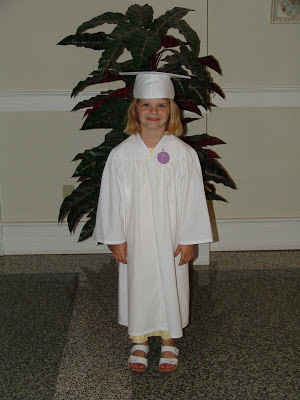 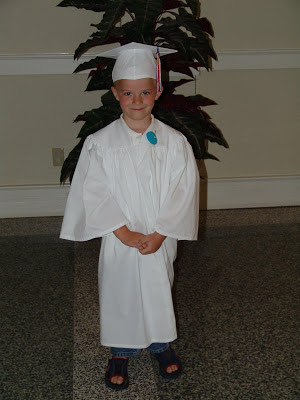 and marched in innocence and excitement across a church stage to receive a kindergarten diploma.
This time the class was much larger, the ceremony much longer and the emotions much more intense as they marched across another stage to receive an eighth grade certificate of promotion. 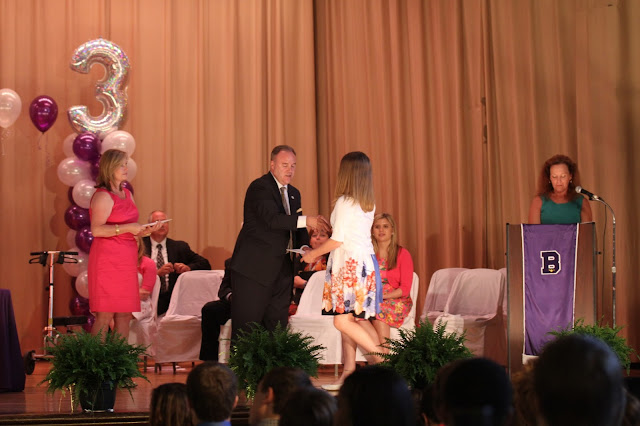 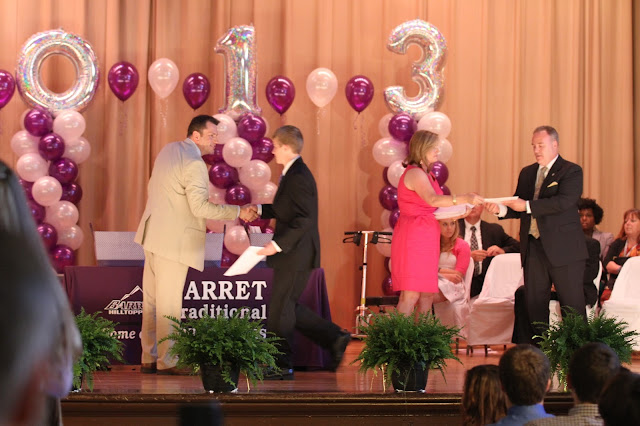 Yes, I know the next four years hold many exciting milestones and achievements for these two.
We as their family look forward to walking those steps alongside them and celebrating each accomplishment....driver's licenses, diplomas, first dates..... 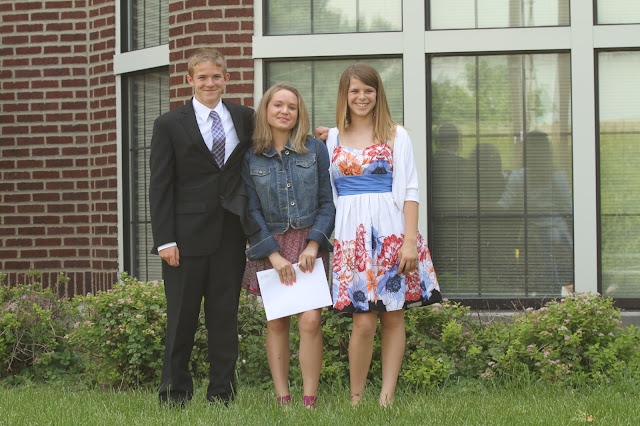 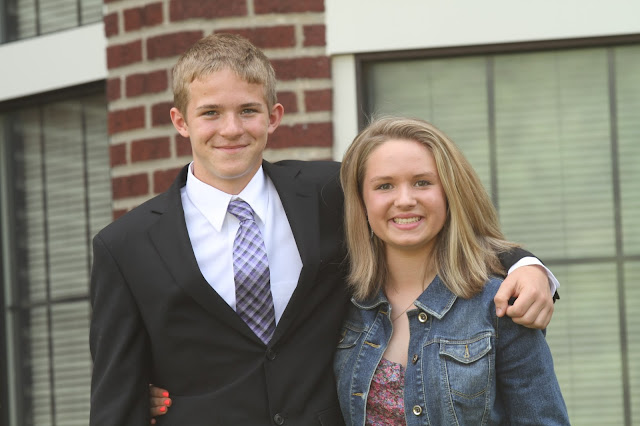 Say hello to Jordan.
She's a sweet girl who pitches a mean softball and likes my son an awful lot right now.
That makes her pretty okay in my book.
We have spent more than a few hours together on bleachers that are less than comfortable in temperatures less than desirable to watch someone we both care a lot about play baseball.
No official first dates for these two.  I hope that milestone lies somewhere off in the distant future for them.  Why hurry?
Emily is taking a more deliberate, planned out approach to the dating scene.  She is making many friends that will last a lifetime and choosing carefully who will win her heart as a first love.
Wise choice, Emily.
Very Wise.
Thank you to grandparents for making the long trek to the 'Ville to celebrate these special times with your grandkids.  The day was made more special by sharing it with you.
You definitely got your money's worth out of the trip with multiple ballgames, graduations and awards programs. Thanks for your never ending patience and long-suffering enthusiasm for the many events we dragged you to in such a short time.
More updating later...
I am off to bed.
Posted by otherwise known as mom