Grant is still shaving. Most days he shaves before school. 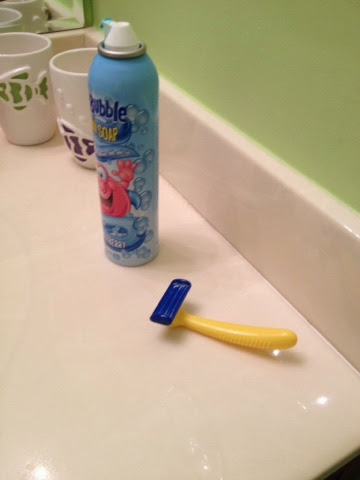 He wants so badly to be grown up.  He asks me lots of questions about dating, girls and getting married.
Tonight while watching a video of john as a baby, Grant said, "I really want a baby of my own."  What eight year old BOY says a thing like that?  He already has his future wife picked out according to him.  He plans to marry Taylor T...the cute little blonde that sits at his table in class.  He isn't telling her about his plans just yet.  He wants to wait "until they are old enough to date" before he shares with Taylor his plans for marrying her. Wise choice.
Grant is very proud of his "very tiny pencil" collection.  The fact that they fit in his retainer case qualifies for the status of really weird and really gross. 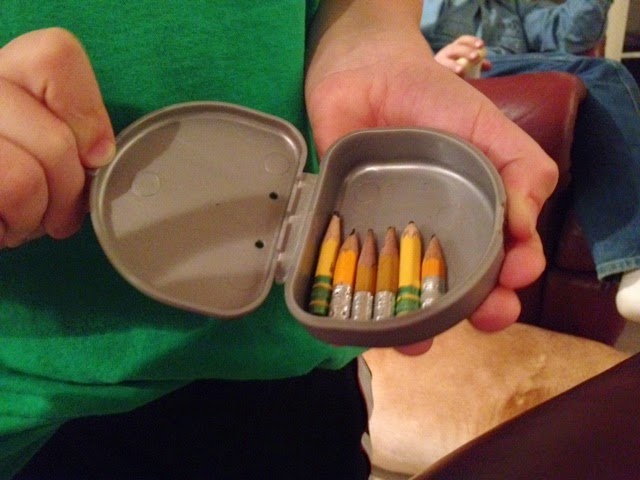 Marble maze he built by himself.... 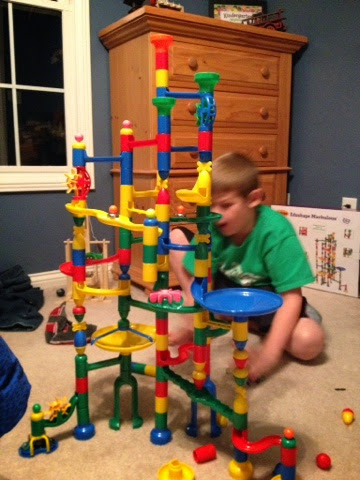 And the tattoo he drew on his forehead with a very washable crayon (thankfully). 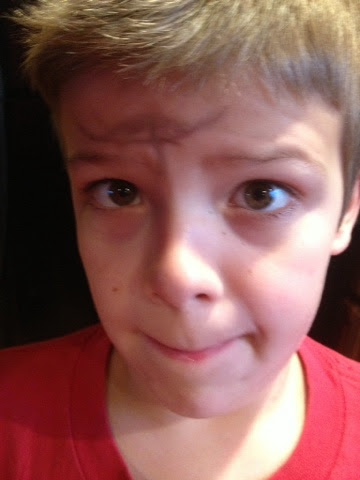 This is a selfie he took.  I opened my picture file on my phone the other day to find about a hundred selfies he had taken.  Sigh.
Grace was home sick Wednesday last week.  Grant was home sick Monday.  Emily wasn't feeling well today.  At least everyone has been back to normal in about twenty-four hours. That's not so bad.
Science fair project is still going. Only the lemon has completely stopped working. Fruit is getting a bit gross and moldy, but hey, it's science so that's okay!
Goodnight!
Happy belated birthday, Grandma!  Hope your day was special!!!
Posted by otherwise known as mom