David and I are contenders for Parent of the Year.

We left John and Emily home while we took Grace and Grant to Disney for a week.
Parenting Points Awarded - 0

NOT ONLY did we leave them home while we went to play,
we scheduled our trip during the week of John's ROTC Military Ball.
Parenting Points Awarded - 0

This is John's date, Riley. 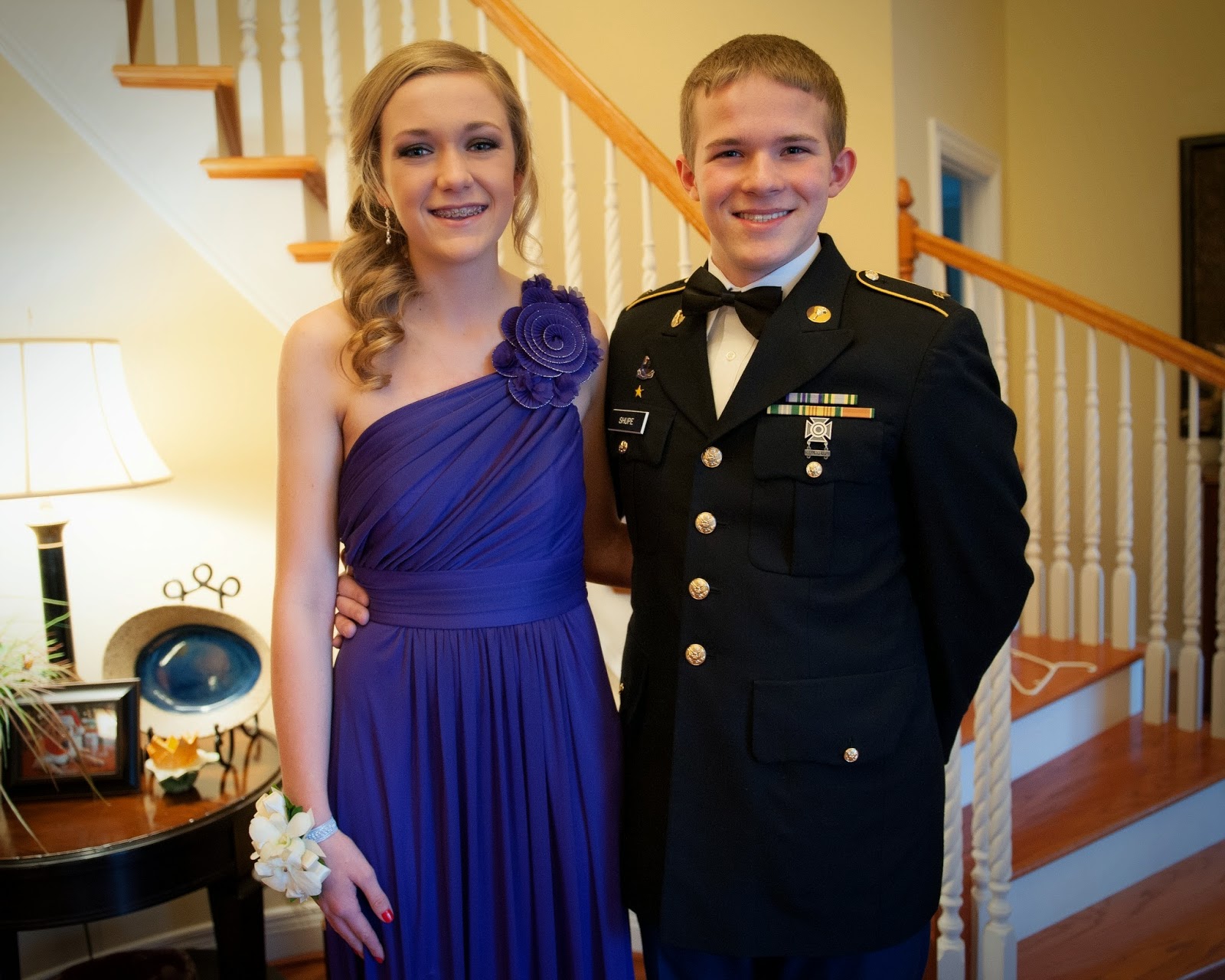 Some of the gang met at a friend's house before the evening gala began. 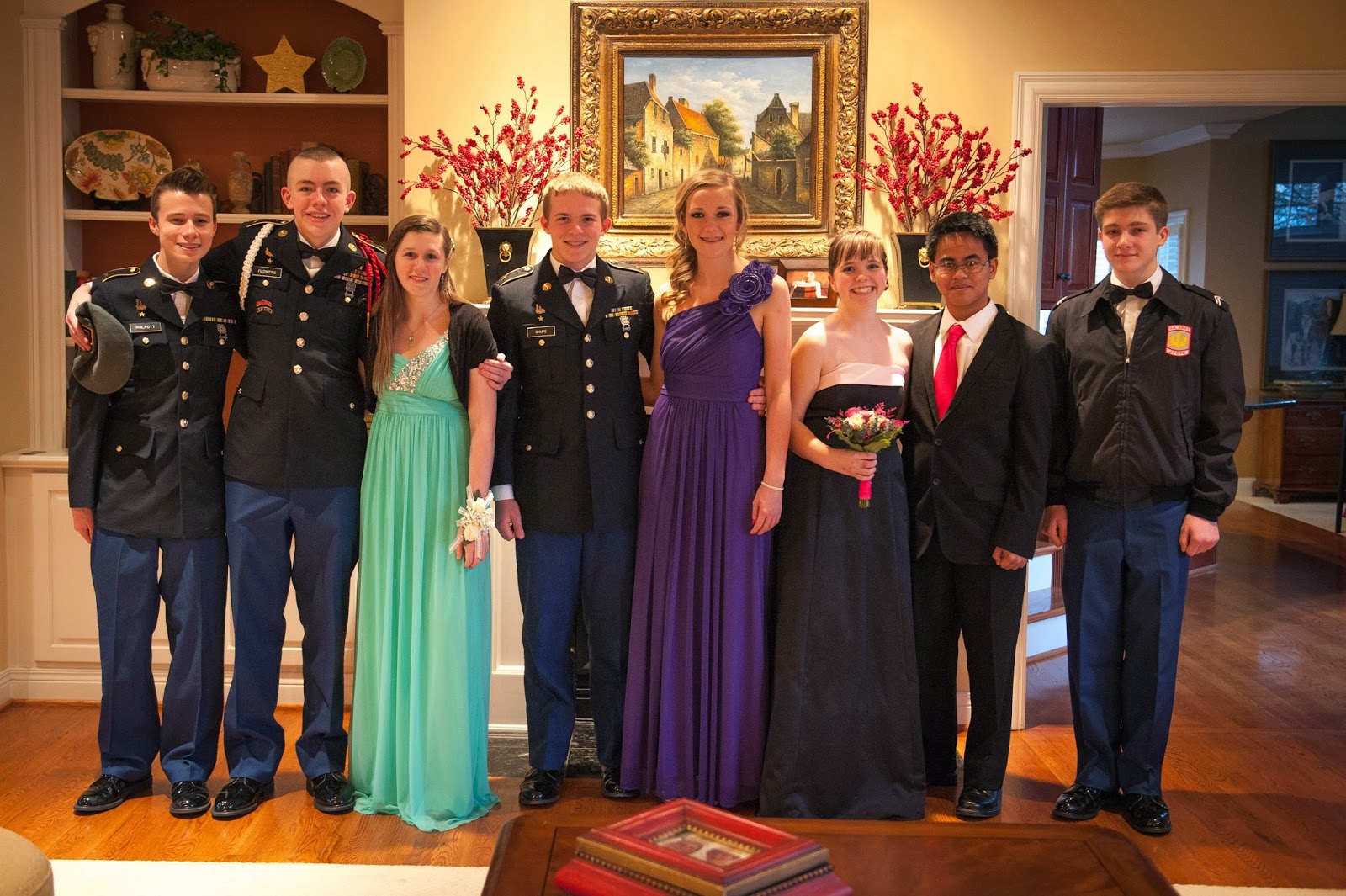 I appreciate Sharon opening her house to everyone and sharing pictures with us. 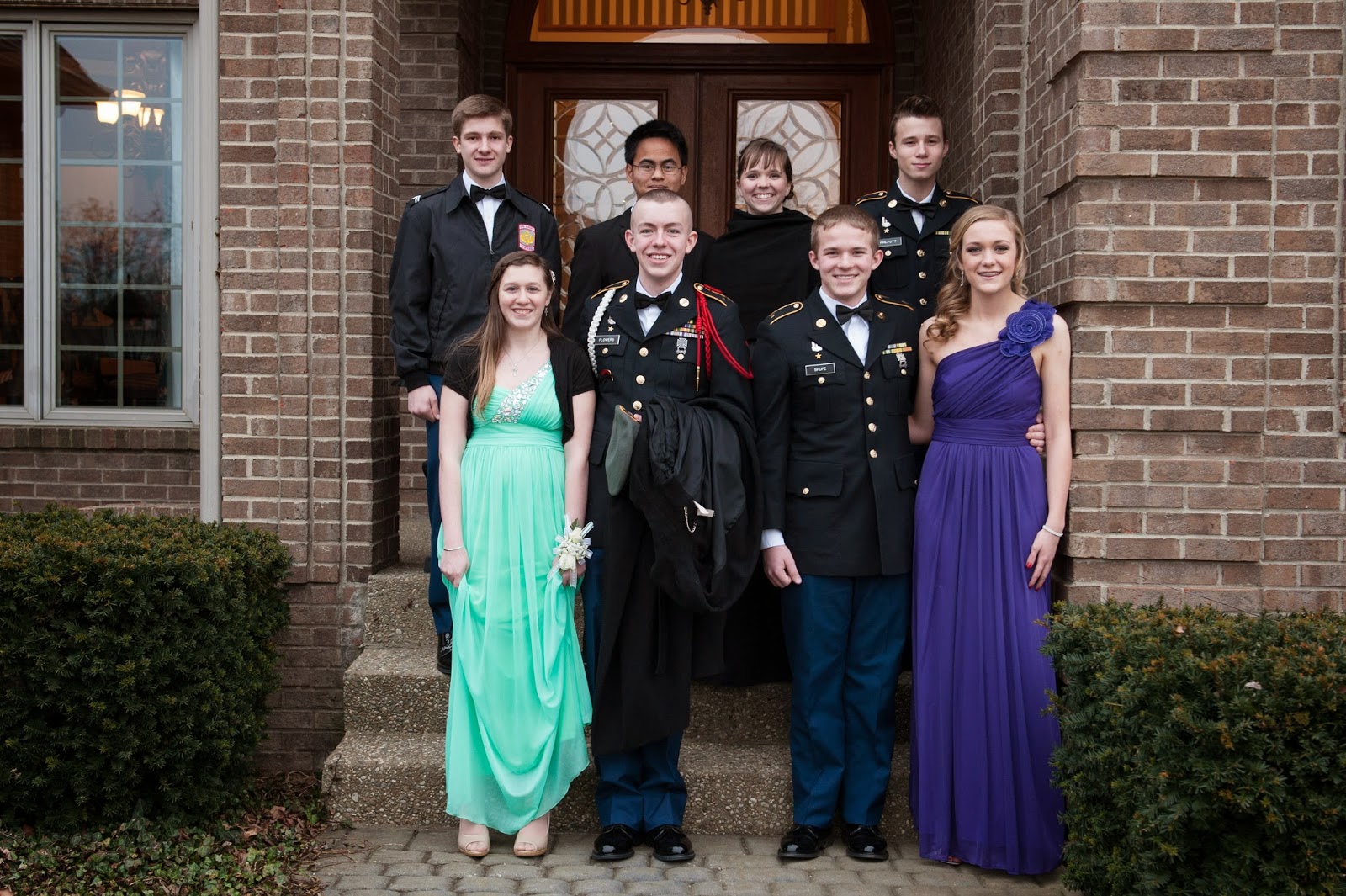 After all of the pictures were taken, it was off to the ball. 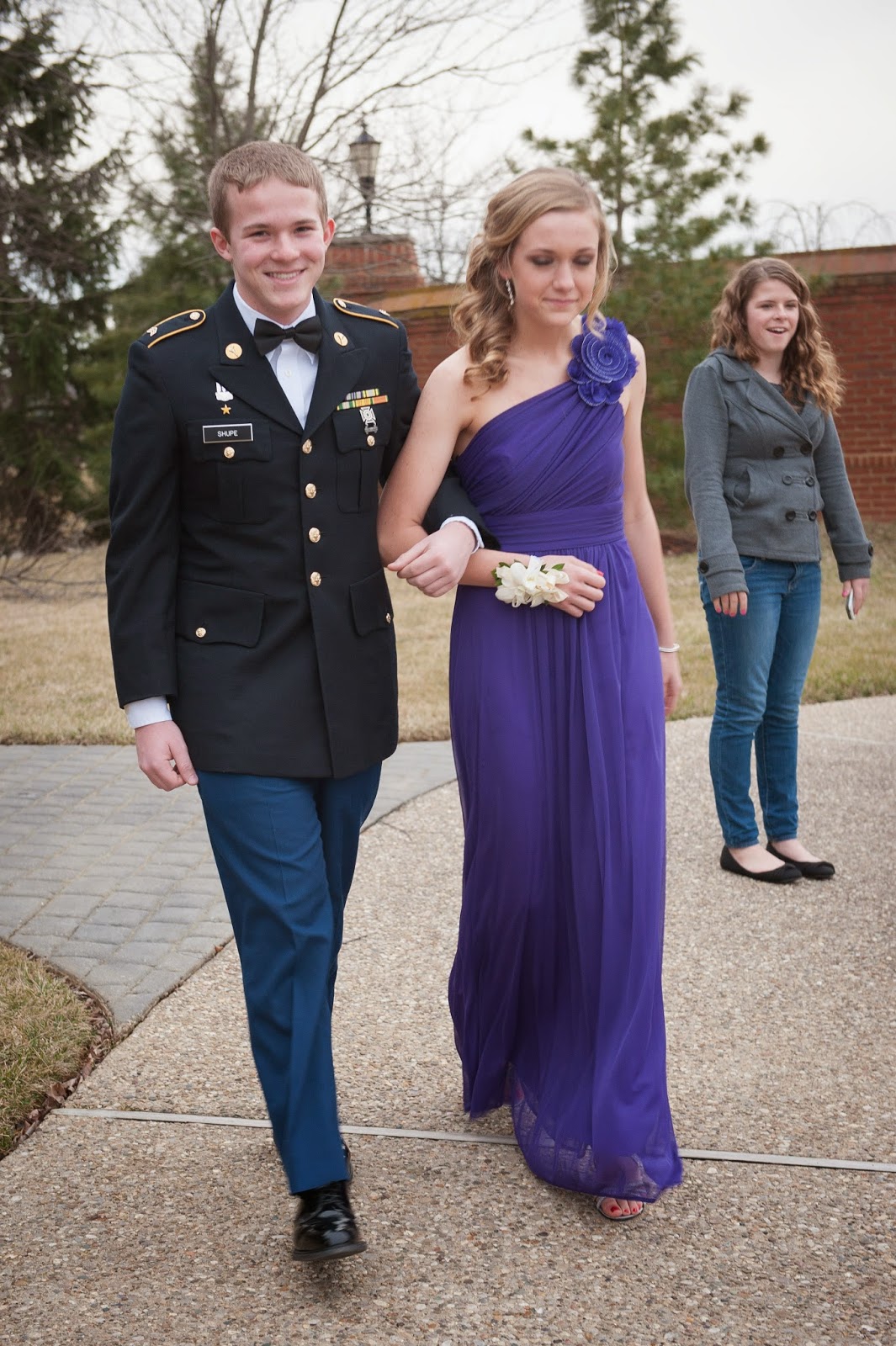 in a limousine we booked for them. 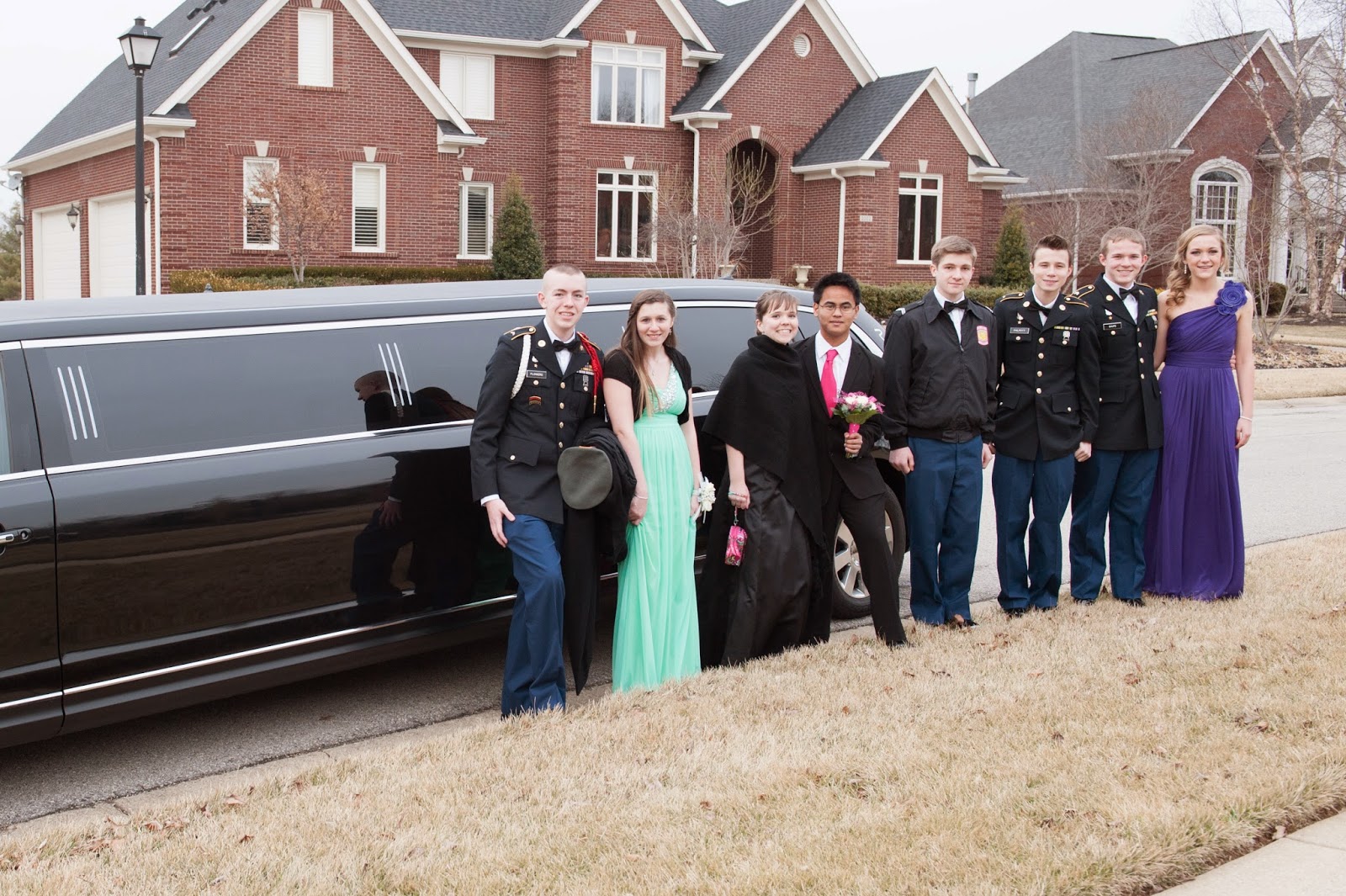 Yep.  They got to go in style!

You know how good ideas can sometimes spin out of control?

I was concerned because the dance was not over until midnight.  Grandma stayed with John and Emily while we were gone.  I did not want her to pick up John and take his date home so late at night.  The school is on the other side of Louisville from our house.

I don't know other parents from ROTC well enough to ask that kind of favor.  I considered many options but decided the kids might as well have a little fun since they missed the vacation to Florida. With David's blessing, I booked a limo.  I thought having another couple ride with John and Riley would be nice for everyone.  Soon plans grew and so did the size of the limo.  In the end we had several kids help with costs in order to enjoy the fun.

They had a great time.

And Emily got in on the fun too.   Since we had the limo all evening, the driver took Grandma, Emily and a friend out for dinner and a drive around town while waiting to take the party goers home later that evening.

I'll let you know if we actually win Parent of the Year.