David took some pretty pictures of the farm a few months ago... 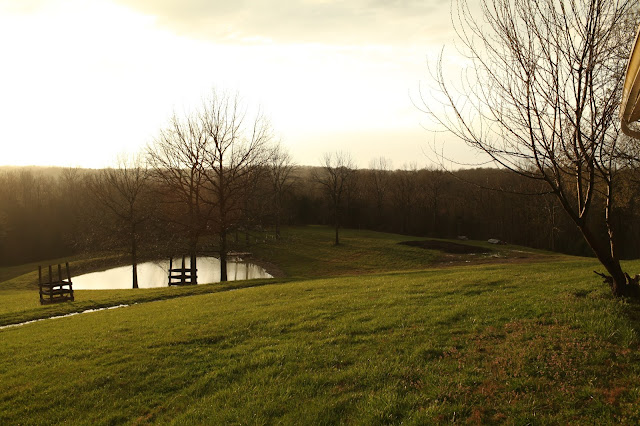 I have been so slow posting them! 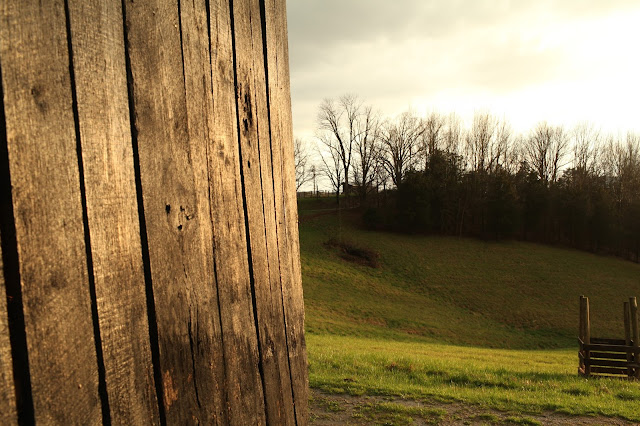 But they're still pretty.

Every year I get so excited watching as spring unfolds and things come to life. 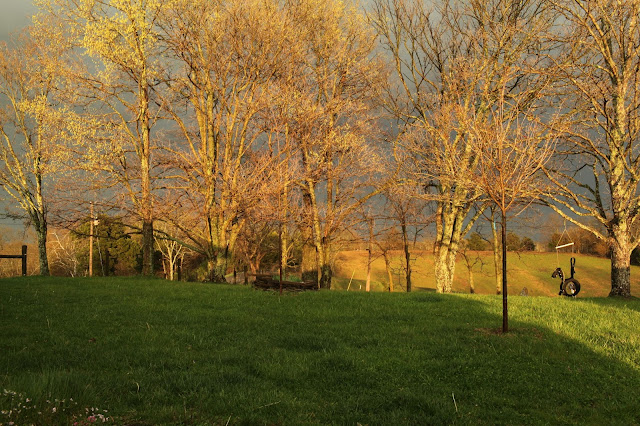 It never gets old watching the seasons melt slowly one into the next. 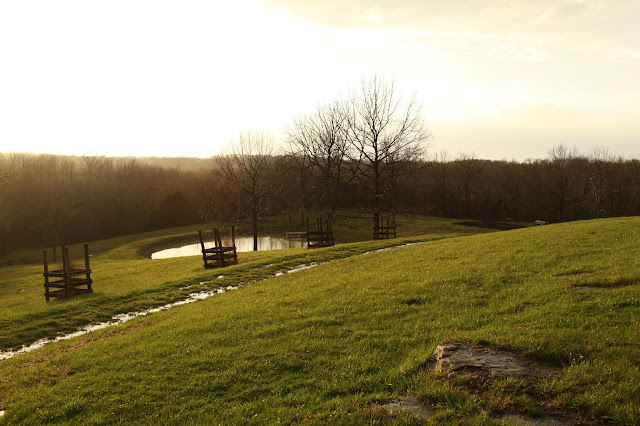 Last fall we planted tulip bulbs in town and at the farm. 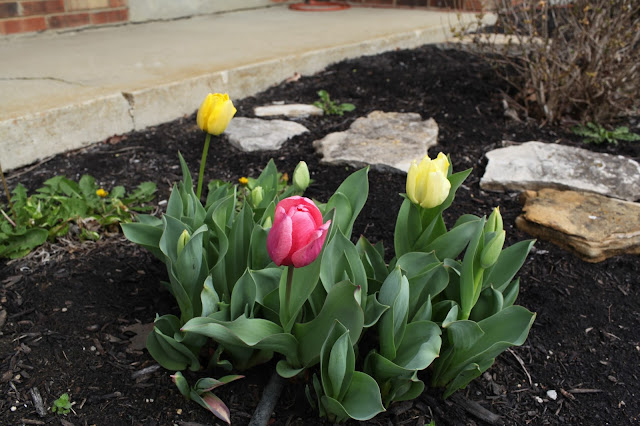 Tulips are one of my favorite spring flowers. 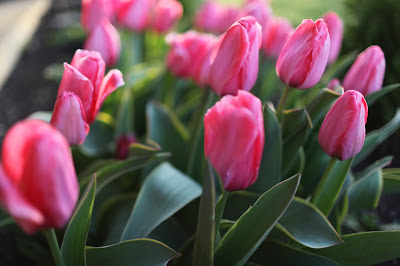 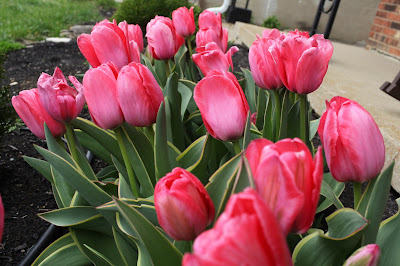 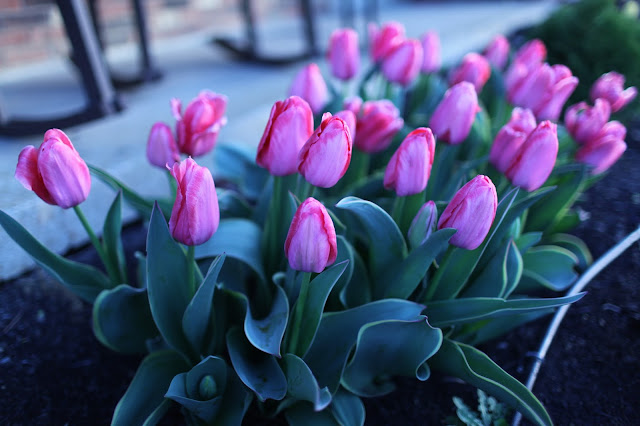 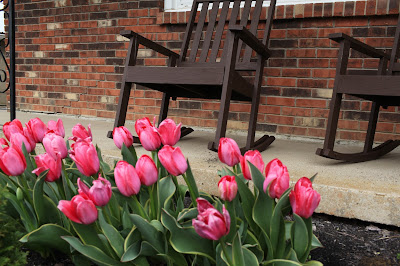 Easter came and went without much fanfare this year.
We went to church and enjoyed a day relaxing at home.
What we DIDN'T do this year was hunt easter eggs.
We finally broke the news to Grace and Grant that there is no
Santa and oh, by the way, the Easter Bunny is a total hoax too.
They were shocked (much to my surprise) at this turn of events.

We told them about two weeks before Easter.
I was not one bit heartbroken to give up my Easter Bunny duties.

What did make me sad
was seeing my kids staring out the window Easter morning
checking to make sure there were no eggs in the yard.
At ten and twelve years old
they still wanted so badly to believe the Easter Bunny was real
and there would be eggs in the yard to gather.

Apparently,
we were pretty darn believable all these years.
Who would've guessed?!

It's not easter eggs, but there have been a lot of water balloons being hidden around here lately. 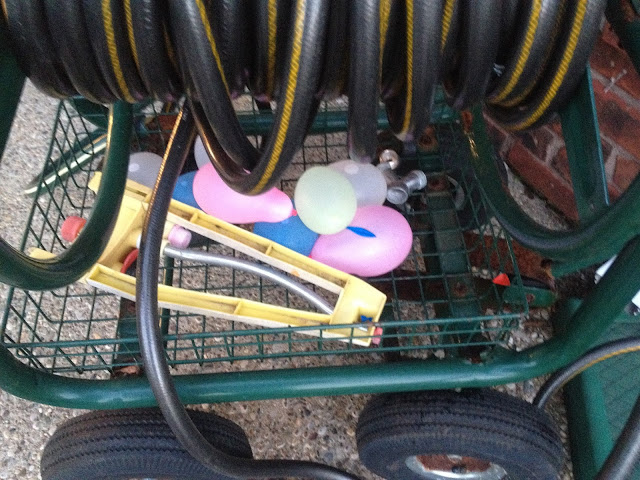 Grace and Grant have found a new way to irritate Emily.
They love putting water balloons under her tires so they pop when she drives off. 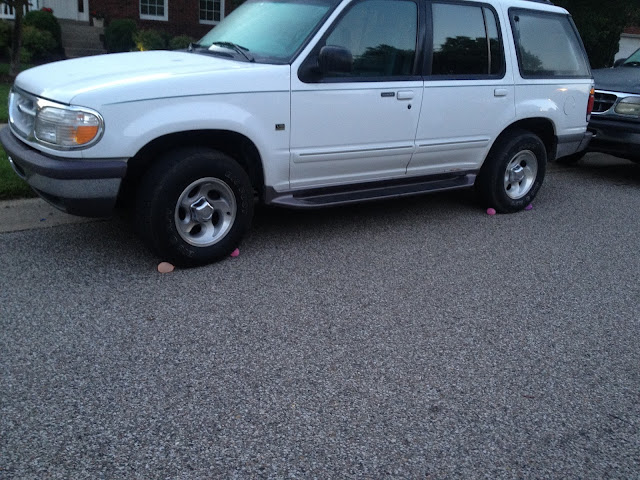 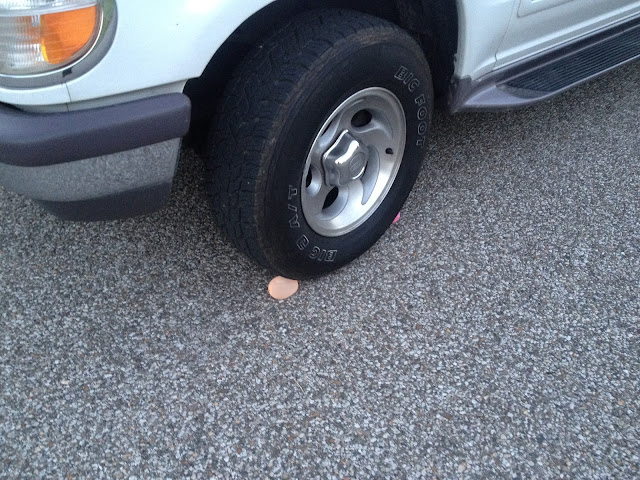 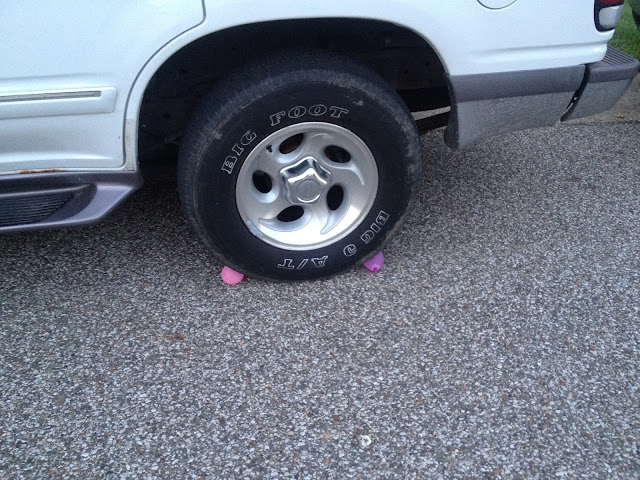 But they only do it to Emily's car....never John's. 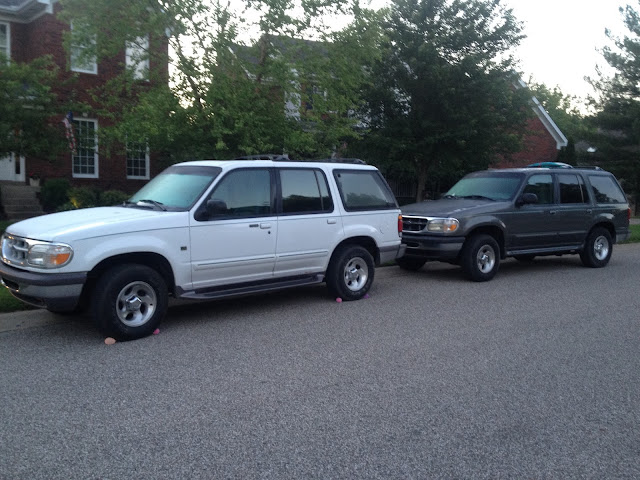 And if you've not seen it yet, here's John's new explorer. 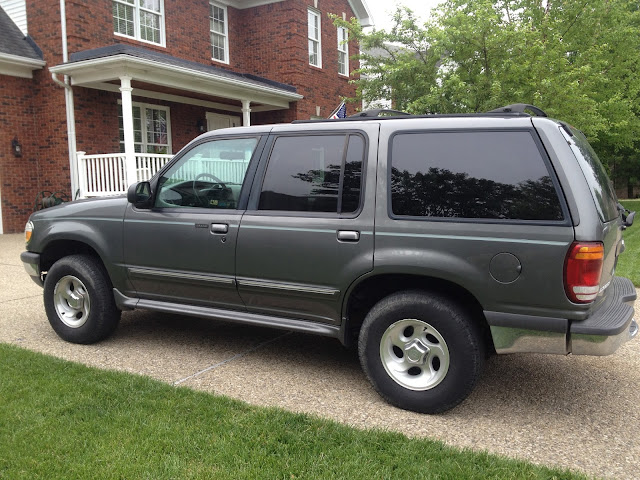 Well, new to him anyway.
It's a 1998 Explorer that's very similar to Emily's.

It's not what he hoped to get,
but I think both kids are so excited to have cars of their own
that they couldn't care less what the car actually is.

We found the gray Explorer and brought it home
without the kids knowing we were getting the second car for them. 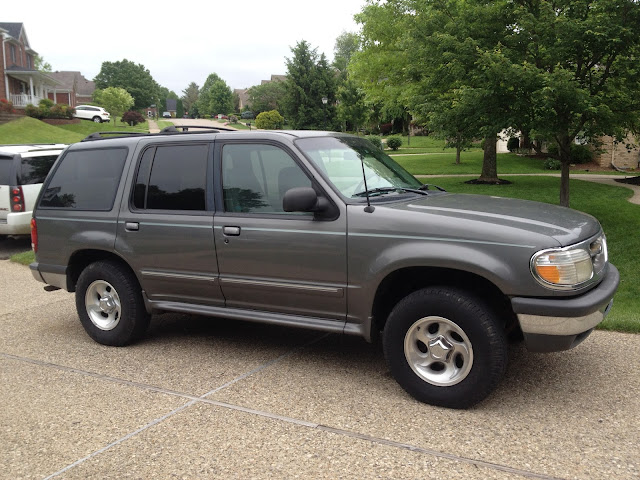 Because David and I are so conditioned to expect battles from John and Emily over even the most mundane things, we separated the kids and would not let them look at the new car together.
We parked both explorers side by side and made each of them look at the cars on their own.
We then made them write down which car they would prefer to have as their own.

And
for the first time in their entire seventeen years of life
John and Emily managed to agree on something.

John wanted the new explorer, and Emily wanted to keep the white explorer.

David and I are a bit sentimental over the white explorer.  It was the first car we bought together. 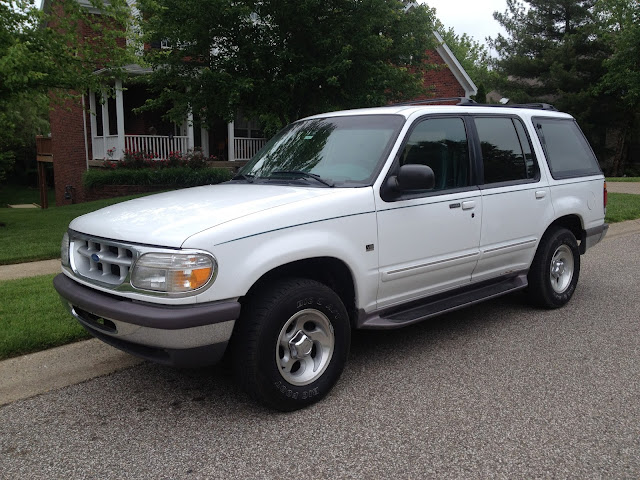 And it's the car I drove when we had the twins.
So it's come full circle to now be the first car that belongs to the twins.

Thanks for sticking with me clear to the bottom of a very long post.


I'm working on prom pictures.  I'll post them on here soon.  I can't get time to write about all of the Senior Year end-of-year activities because EVERY NIGHT THERE IS SOMETHING ELSE GOING ON!!!!