Goin' to the ZUE

If you arrive at the zoo early enough 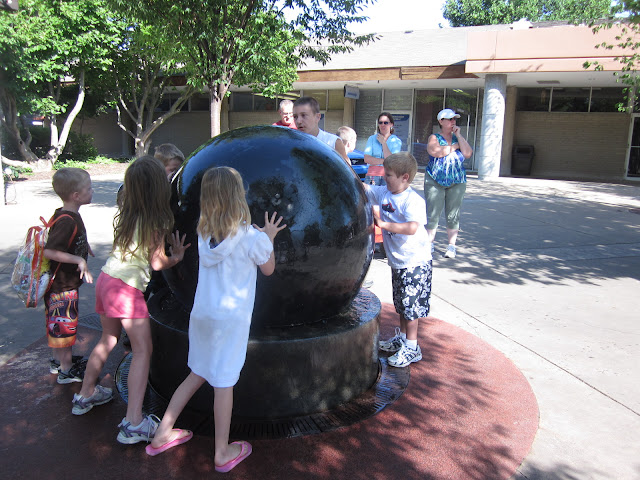 your kids can pretty much have the splash park 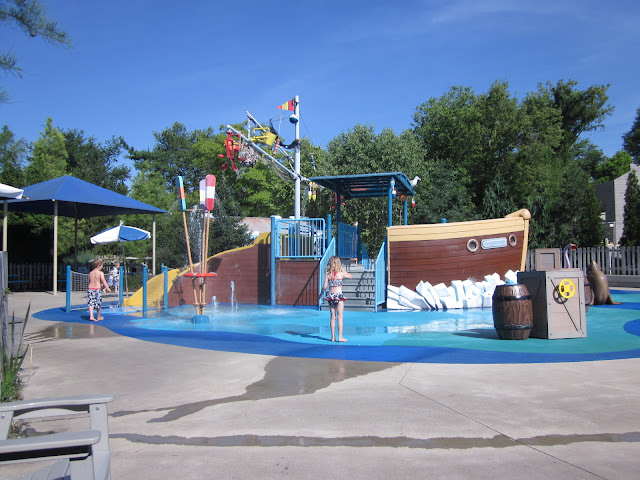 all to themselves for an hour. 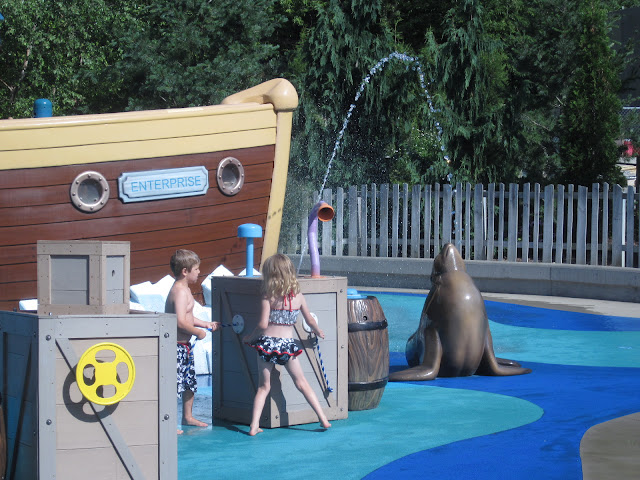 Most people look at the exhibits as they make their way to the water park.
We head straight for the fun stuff and save the exhibits for later. 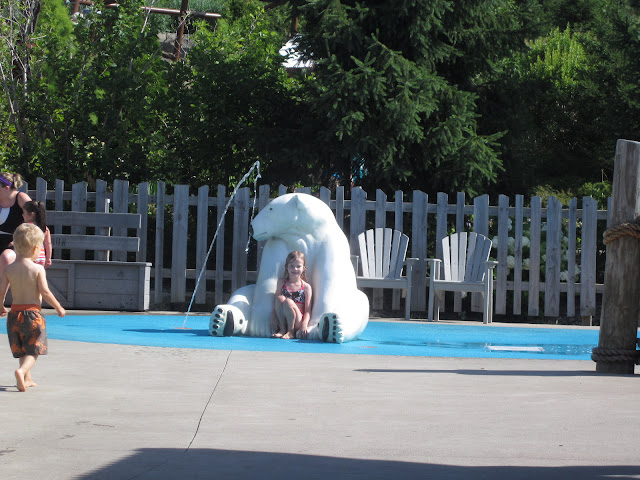 The dinosaur exhibit is back for the summer. 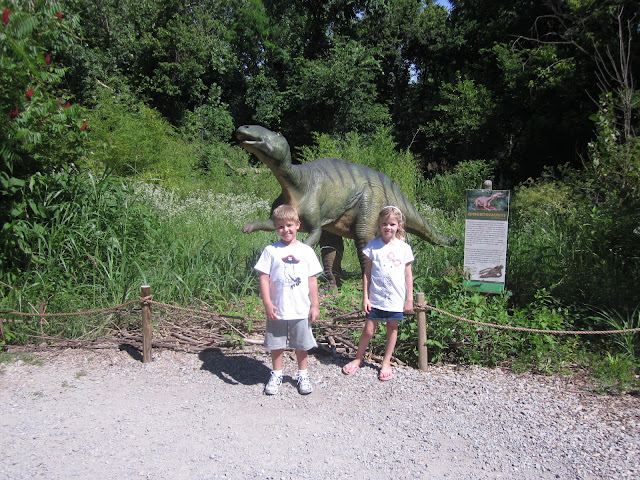 All of the dinosaurs are animated with movement and sounds. 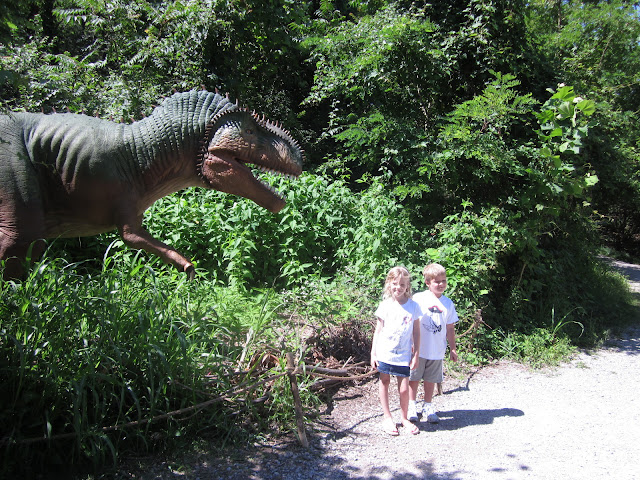 The last time they were here Grant was scared to death of them and would not even get out of the stroller for a closer look.

He was a bit braver this year. 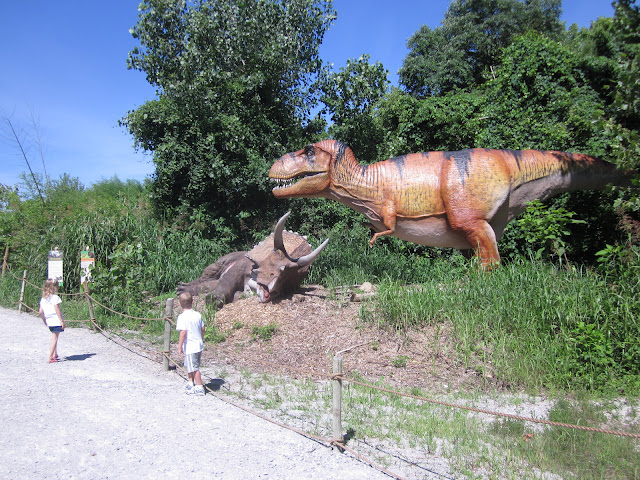 After a few hours of looking at the animals and playing on the exhibits it was time to head home.... 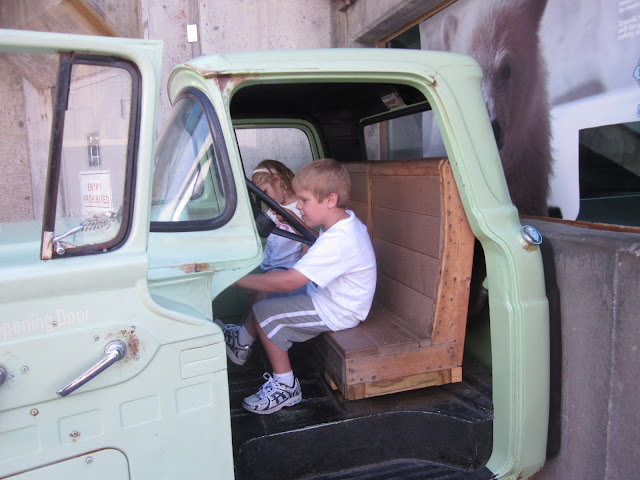 to the Shupe zoo.
Posted by otherwise known as mom