Crime Scene:
Back Deck of Residence
Victim appears to be white male of corn husk origin
Cause of Death - beheading 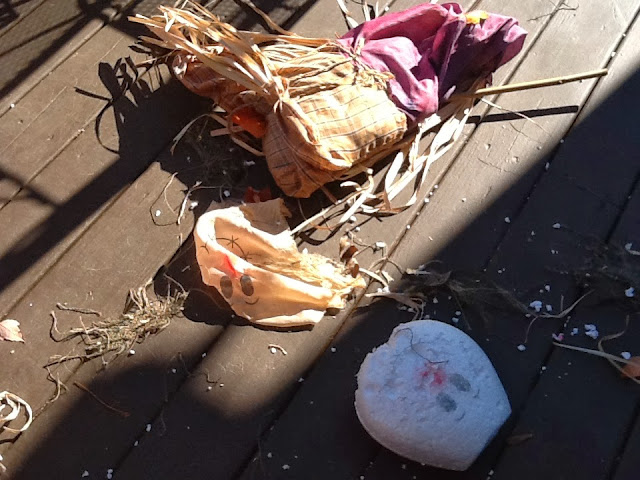 Two suspects were taken into custody for questioning. 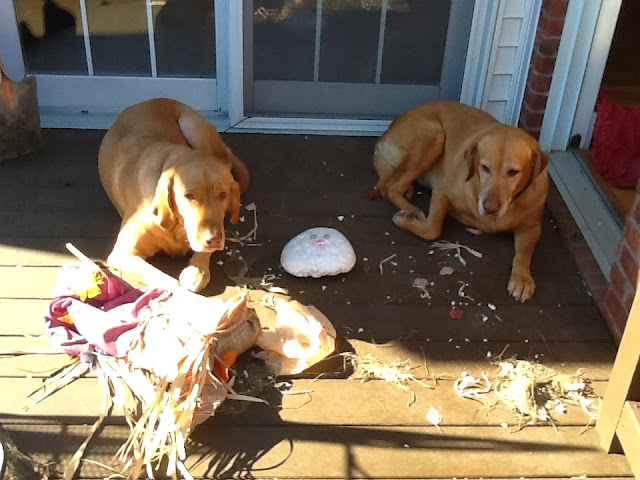 Based on eyewitness testimony and the accused's own accounts
I believe we have found the guilty party.
Can you guess who the guilty party is?
Remington at the scene of the crime..... 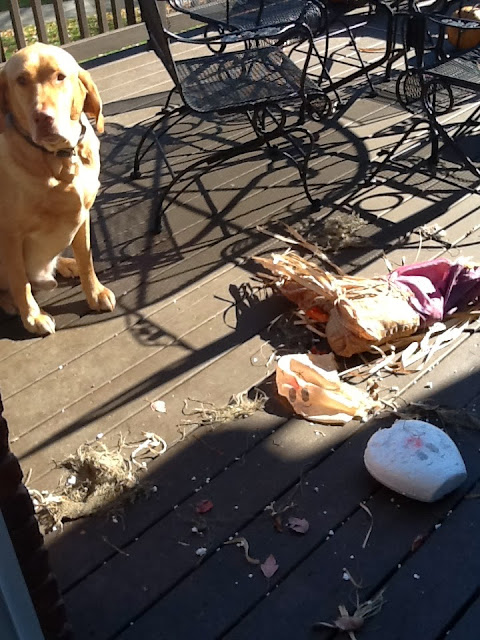 AND
this would be MEG cowering behind the chair. 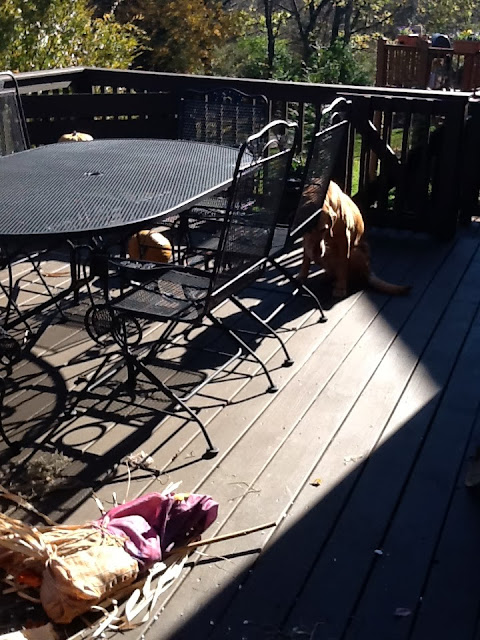 Yeah.
BAD DOG, MEG!!!!
Mr. Scarecrow met an untimely death at the hands of my killer dog while locked on the deck the other day.  I guess that is what I get for locking them on the deck while I went to the farm.
We loved you like our own, Mr. Scarecrow!!
Rest in peace!!!