Zoo at the Zoo

This past Tuesday was primary Election Day in the Commonwealth of Kentucky (because we are too special to be just a plain old state, we get to declare ourselves a commonwealth)(aren't you jealous?)
Because of elections, schools were closed. We at the zoo decided it was time for a trip to the real zoo for a little fun. John opted to spend the day at a friend's house, but the other three had an enjoyable day taking in the sights. 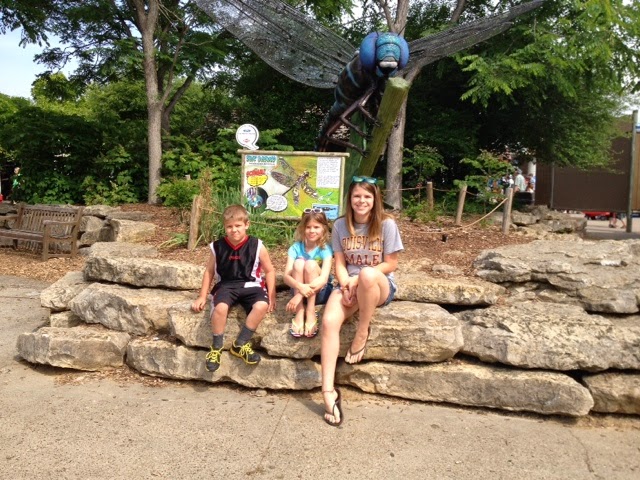 Wednesday and Thursday were spent rolling flags and passing them out in the neighborhood for the Memorial Day weekend. Six hundred flags later we declared it a job well done. I think everyone enjoys the flags. 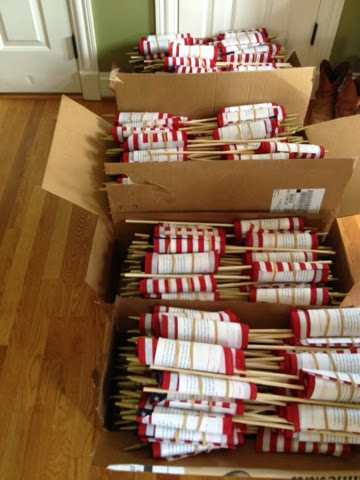 Friday was pretty quiet. I spent a good portion of the day in a chair with a cat on my lap. I did make it to high school in the afternoon for the awards program for underclassmen.  Emily received an academic award. As always we are proud of our kids' accomplishments. She has done a great job this year transitioning to high school.
Saturday we were up and off to the farm to join David. He spent Friday alternately cutting hay and cussing tractors that just will not cooperate with his schedule. Hay is on the ground. David is now awaiting parts to fix the tractor so he can bale. I have concluded that patience is a virtue farmers must practice daily. This is why I will never be a farmer.
And this picture.... 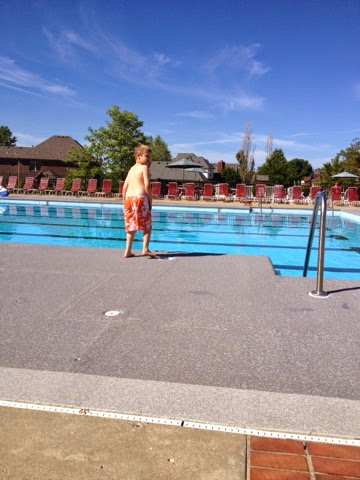 is Grant preparing to be the first person to jump into the pool this season. He and I snuck up to the pool Saturday morning before heading to the farm. He has talked all winter about wanting to be first into the pool.
He succeeded.
He also managed to be the last person out of the pool when it closed last fall. Yes.  He loves swimming that much.
At least it's good exercise!
Posted by otherwise known as mom