Here is part of our honey crop from this summer.... 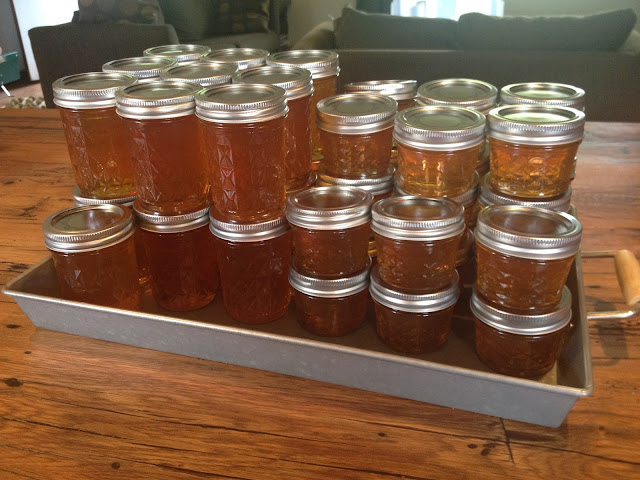 We should be able to pull some more later in the fall before we take the honey supers off the hive for winter.

If our new hives survive the winter, we should have about eight times this much honey next year.  I've got three new hives this year that I didn't take anything from.  They needed the summer to build up their frames and their population without the stress of being robbed of their honey.

Honey is probably the easiest thing we have tried to sell.  I never have enough supply to meet demand.  If I had twenty hives, I could sell all of the honey.  I just don't have time to deal with that volume of work when it comes to the bees.

Since I only had ten frames of honey that I was working with, I kept the honey as well as the wax comb.

Here is what it looked like as I melted the wax one evening...
I placed the wax comb in a double boiler and added water directly in with the wax. 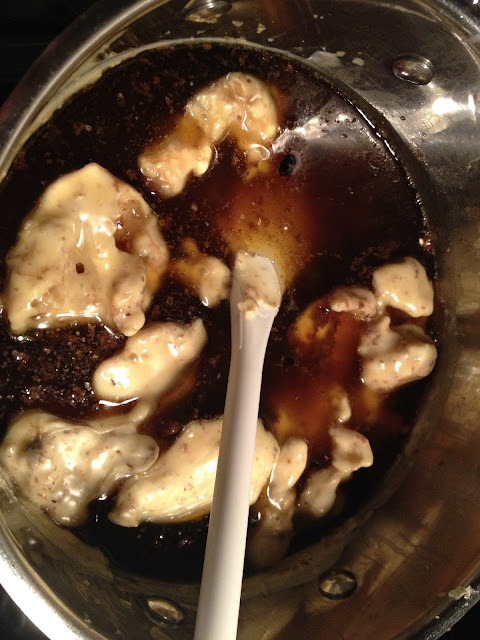 not very pretty at this point.

Here is some of the dirt and propolis that I skimmed from the pot while the wax melted.
Ick!  Right?! 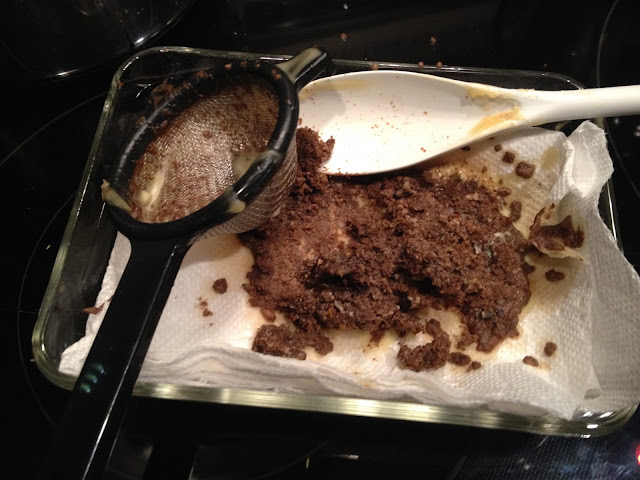 Once all the wax was melted, I strained it through a fine mesh strainer.
This is what I was left with... 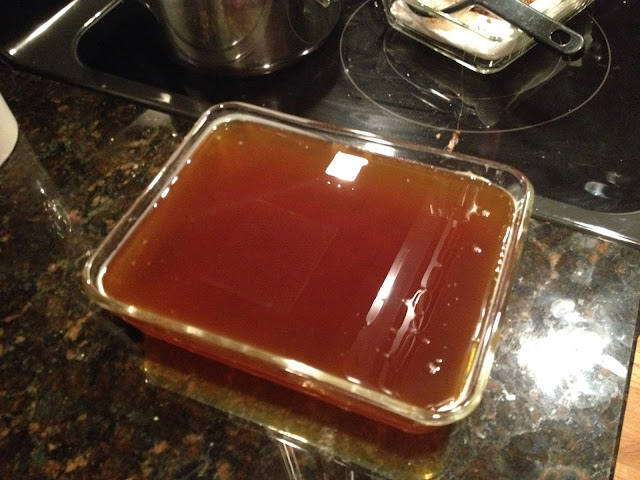 In a very short time the wax had cooled and separated from the water.
Here you can see the two layers beginning to form.... 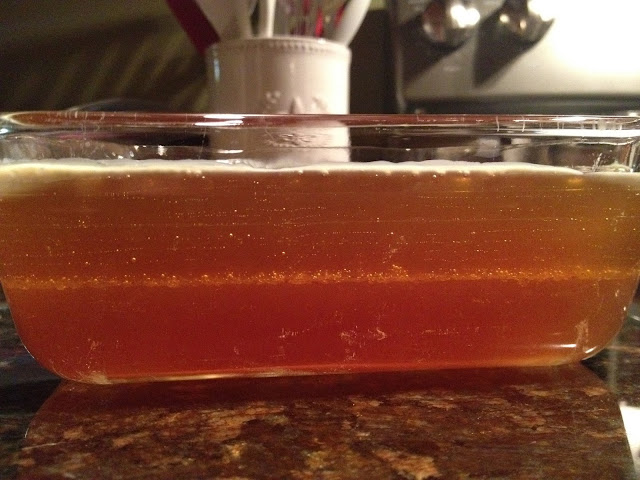 the cooling wax on top and the dirty water below...

Within thirty minutes it transformed into this.... 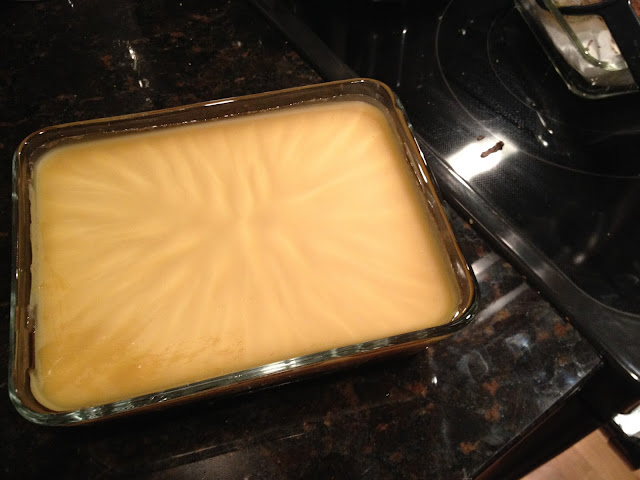 At this point, it was easy to pick up the block of wax and remove it from the dish.
Here's the water that was left. 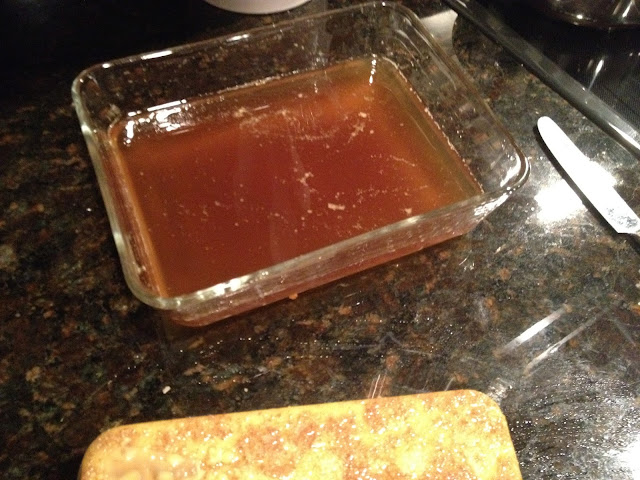 And the bottom of the wax still showing some dirt.  I scraped the block down until I was left with only clean wax.  Later I remelted the dirty scrapings with my next batch of wax comb.  You can do that as many times as needed to get the wax perfectly clean.  I'm only using the wax in my own hives so I don't care about getting it perfectly clean.  I would only do that much work if I was planning to sell the wax. 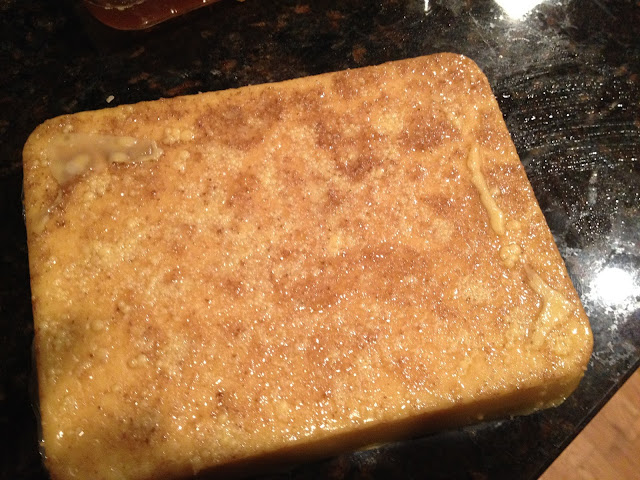 And...ketchup cooking on the stove....twelve pints of ketchup so far. 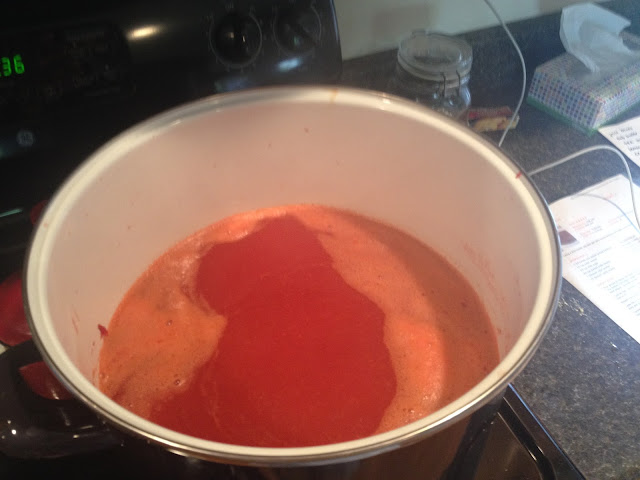 I didn't have time to chop tomatoes for spaghetti sauce or anything else so I turned it all into ketchup.
Still have green tomatoes in the garden...just have to see if I get time to make anything else.