Summer Fun While We Can


Summer is now officially over.  Sob.  (not really)

Everyone is off to a good start at school.  Wednesday was the first day for all four kids.  John and Emily are now officially seniors.  Grace started middle school and is loving sixth grade.  Grant is now the only Shupe left in the elementary school.  He's fourth grade this year.  Maybe I'll get some pictures posted of their first day soon.

For now you can see how we have spent the past few days....

Grant made a trip to Cincinnati with two buddies from school.  They spent a day riding coasters at Kings Island.  He LOVED it.  Now he wants season passes for that park next year.  Probably not gonna happen, buddy.  Sorry! 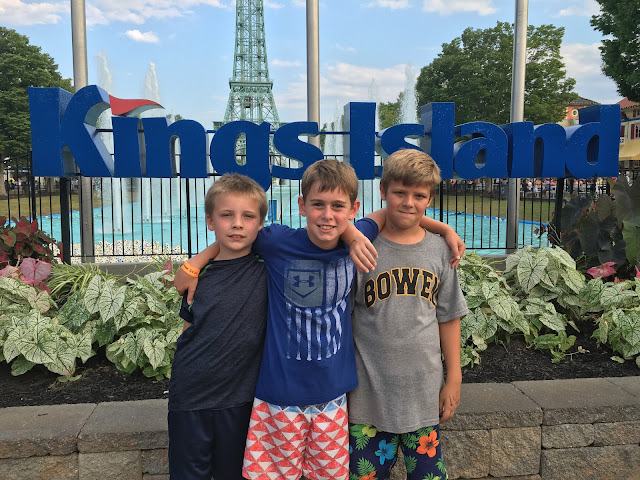 I gave Grant some spending money for his trip to Cincinnati.  He didn't spend it on a souvenir.  He bought mint chocolate fudge with his money.

And just to be sure no one found his hidden treasure and eat it without permission.... 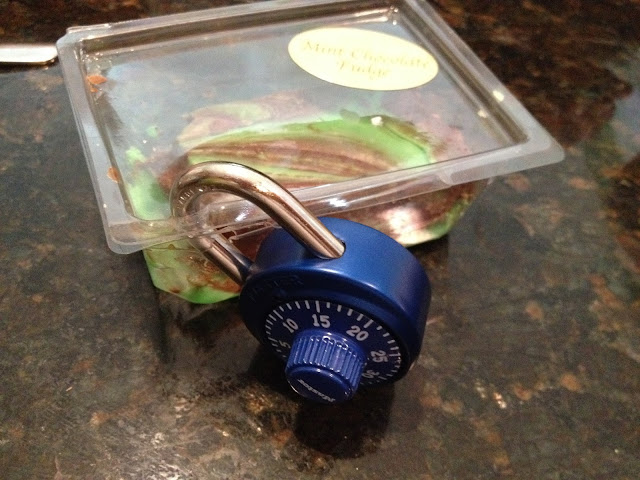 he punched a hole in the container and put his padlock on the fudge.  That's some serious love for fudge.

We finally made it to a minor league ballgame this summer.  Not only did we make it to one game, but we made it to four games!  Some combination of family members and friends were at the ballpark four nights in a row. The usher wasn't quite sure what to think about our sudden stretch of perfect attendance! 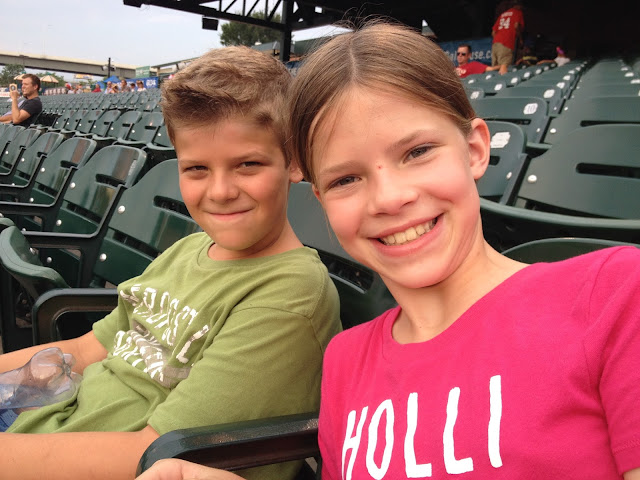 The Friday night fireworks after the game are a favorite treat for Grace and Grant. 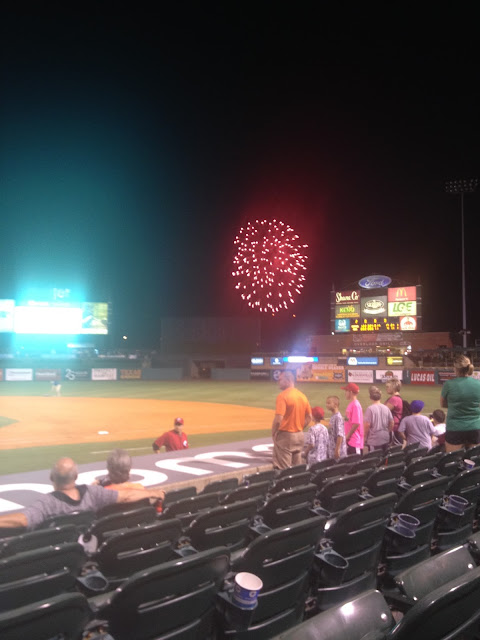 On Thursday last week I took Grace and Grant to Cincinnati again to the Newport Aquarium.
It was a fun day for all of us.  Sadly John and Emily were busy and unable to go with us.  Emily had to work at Arby's and John worked at the high school on ROTC things that day. 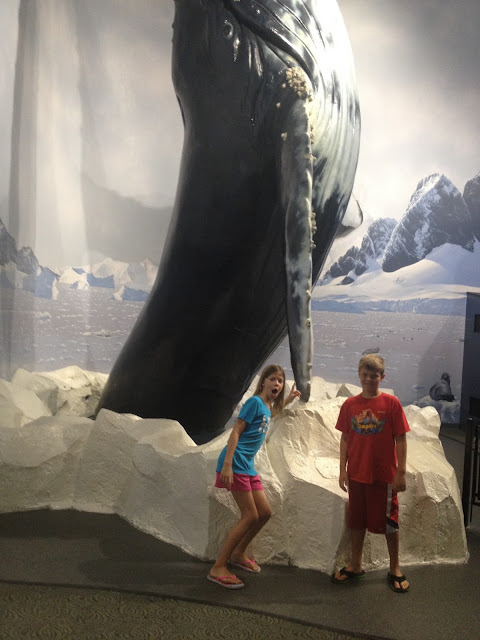 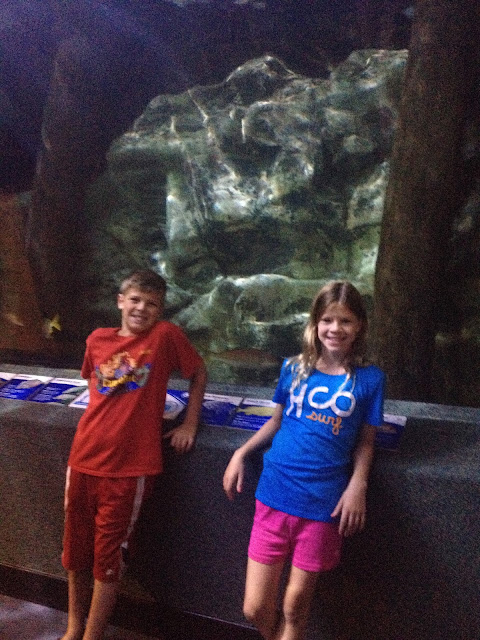 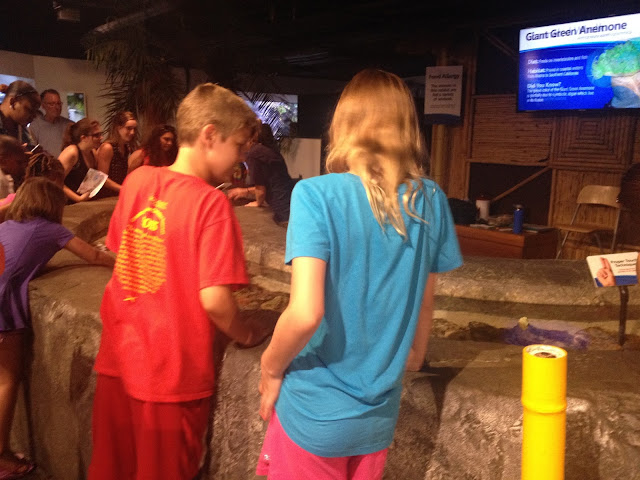 By this point in the day they were done reading things for educational purposes.  They were looking for ways to have a little fun. 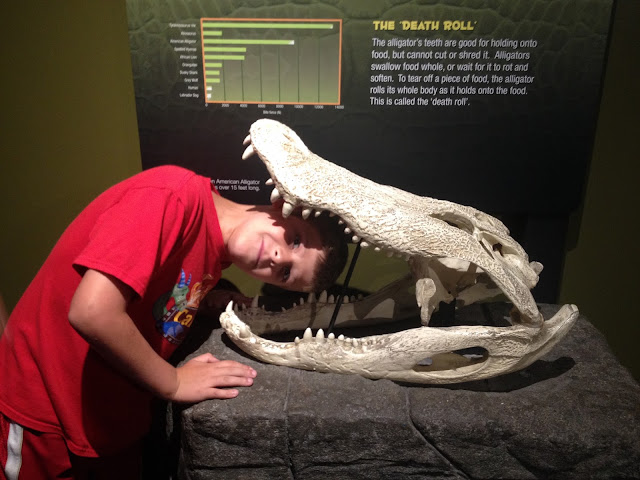 Grace was hamming it up for the camera like it was her job. 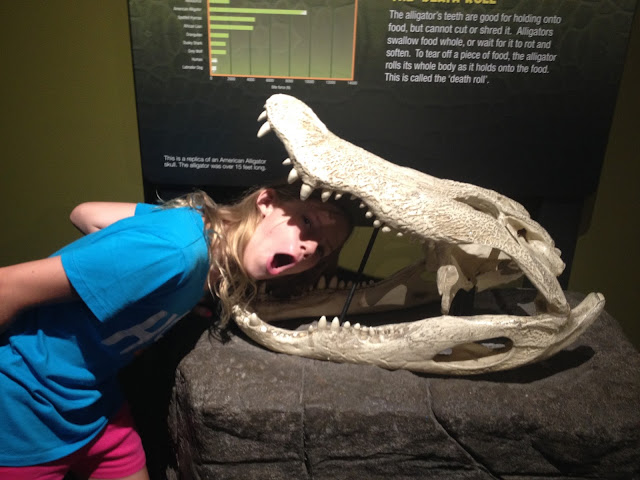 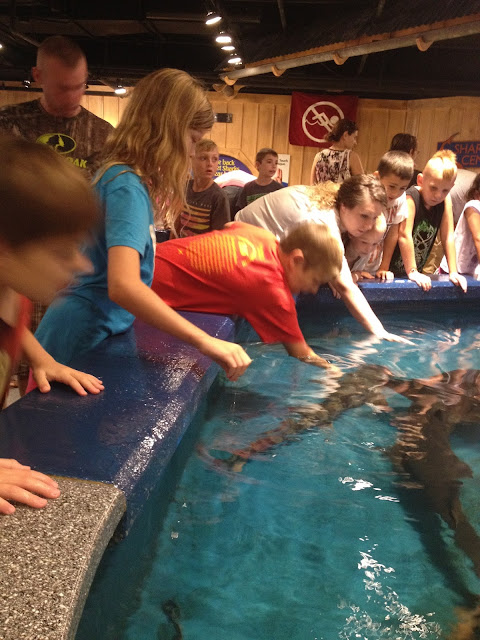 Only NINE MORE YEARS of getting kids on the bus at the ungodly hour of 6:20.
Ugh!!