She was a bit nervous as she got ready that first morning. 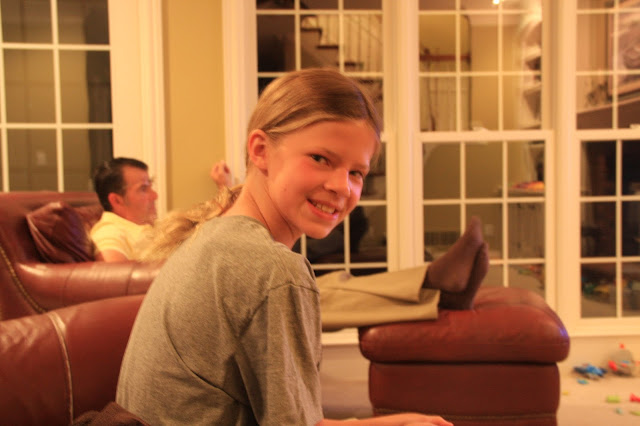 Everyone ready to head out the door... 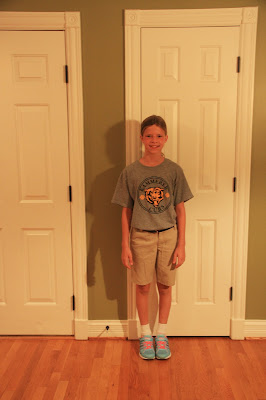 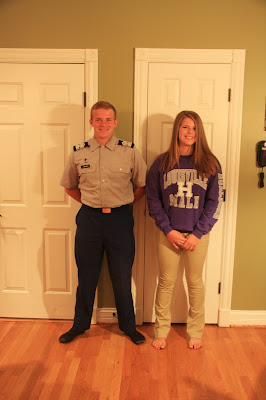 For the first time ever these three are on the same school schedule. 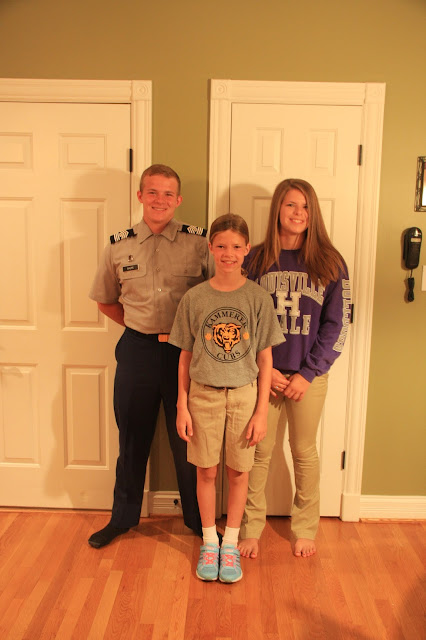 Grant is naturally an early riser.
He joined the party. 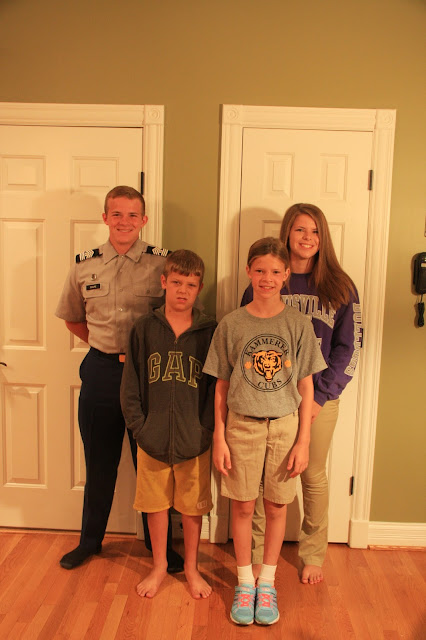 Later it was time for Grant to head off to school.  He looked a bit sad and forlorn without his buddy Grace by his side. 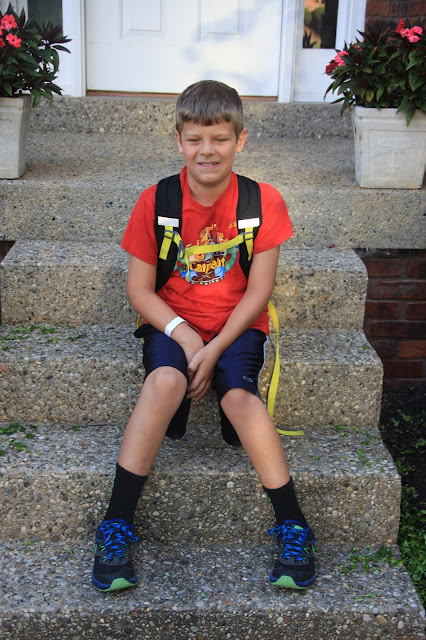 So we added a couple dogs to keep him company and get a real smile on his face. 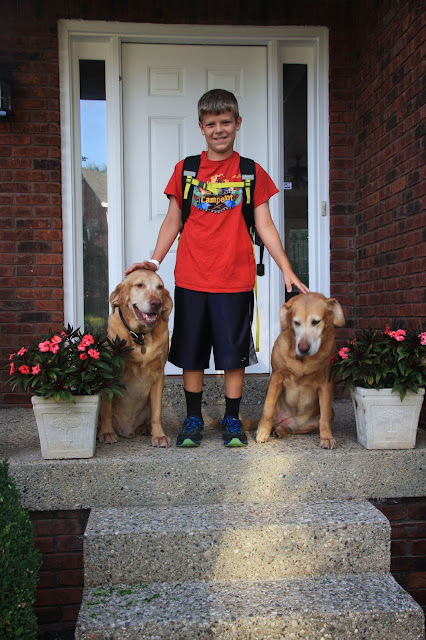 Being that he's our fourth child and this is the thousandth time I've sent a child off to school,
I forgot to take my camera when we headed to the bus stop. 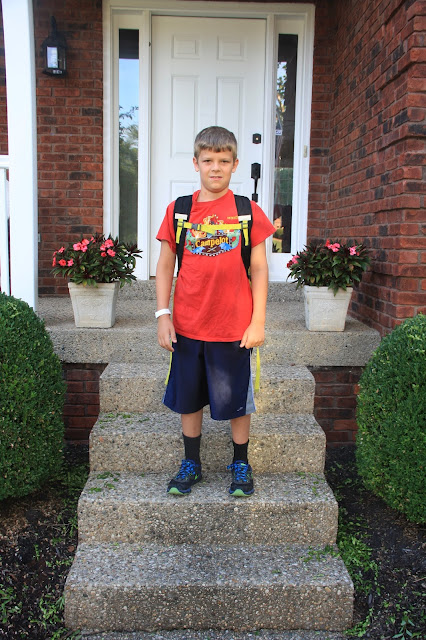 No pictures of him getting on the bus.
And yes.  That is dirt on his pants as he headed off to school.

For the record, his shirt was a wrinkled mess too.