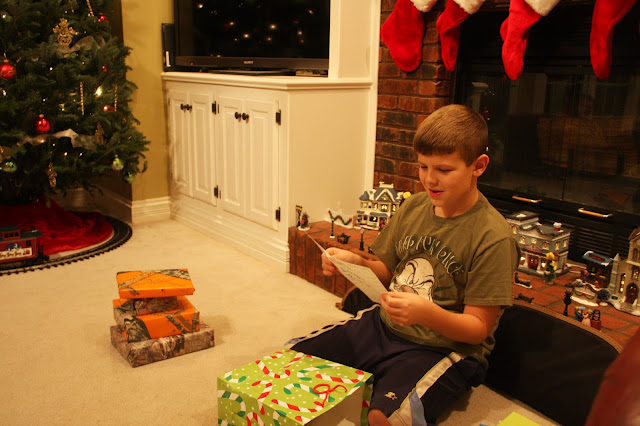 But the present that brought the biggest smile to his face was NOT a LEGO set... 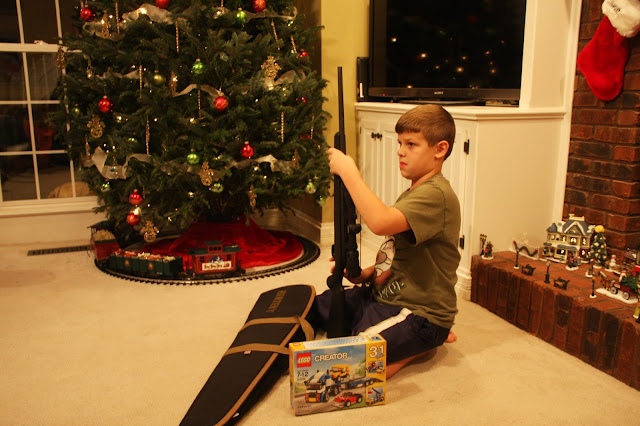 Doesn't every ten year old boy need a gun for his birthday? 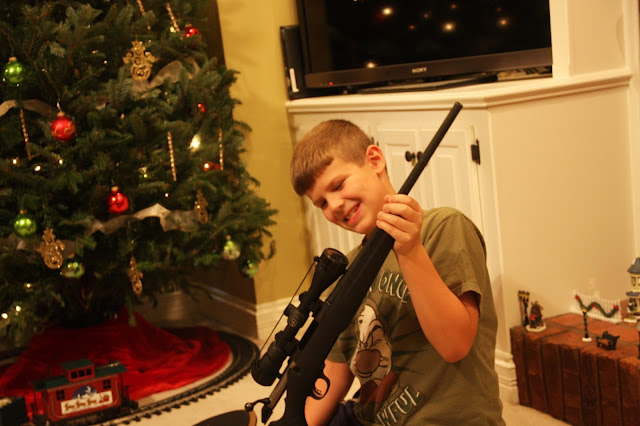 I learned a valuable lesson about birthday cakes and making hasty promises.

Before promising your son he can have the awesome looking ice cream cake in the cooler at Dairy Queen, you should check the prices. 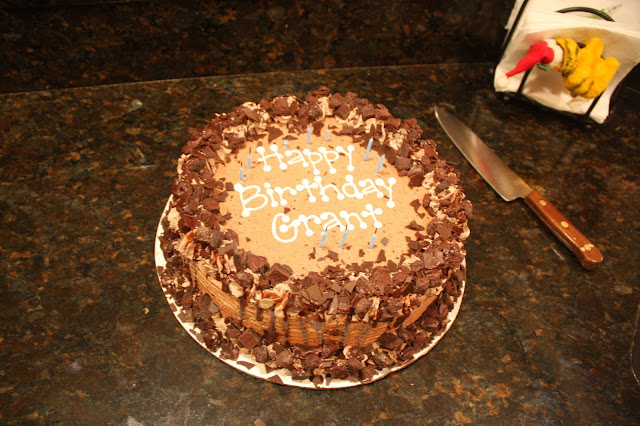 Grant saw this cake one day before his birthday and asked if he could have one.  I usually bake a cake for birthdays, so I was thrilled at the thought of not having to bake. 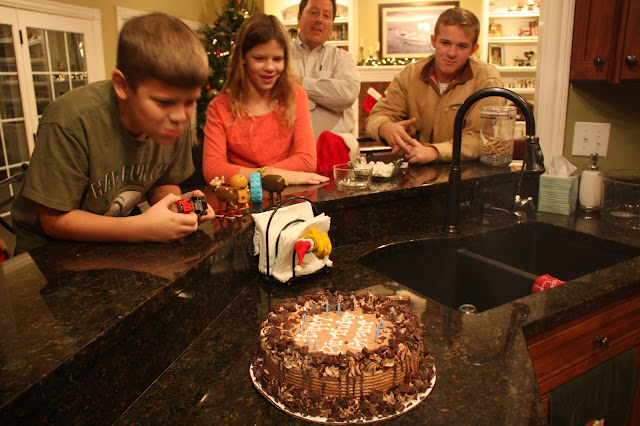 I don't think I'll be doing that again.

The gingerbread houses were decorated and enjoyed before Christmas.  Here are Grace and Grant's creations... 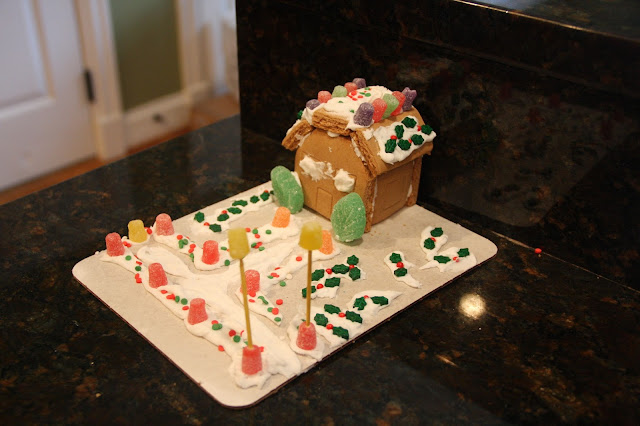 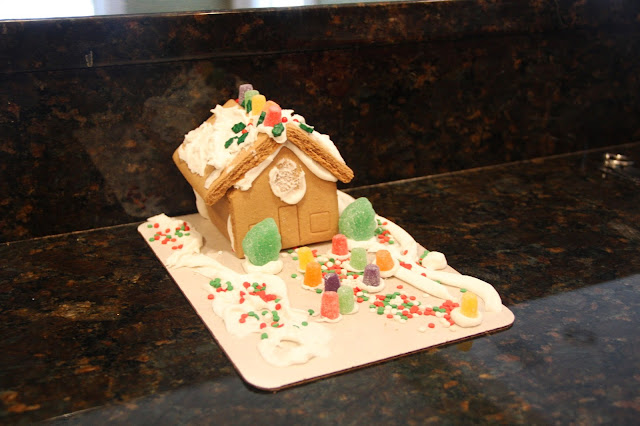 And what could be expected when kids select 'fish bait' as a gift for their dad's birthday? 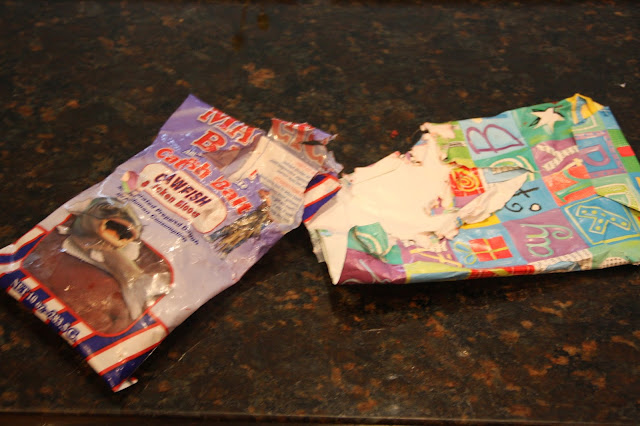 It would be safe to assume the resident cats will find the wrapped fish bait
and gnaw the package open for a free sample.

We sat around the house for a full hour one evening trying to figure out why the house smelled
more awful than normal
awful.

We finally found the package of fish bait chewed open lying on the floor.

Neither cat confessed to the crime.