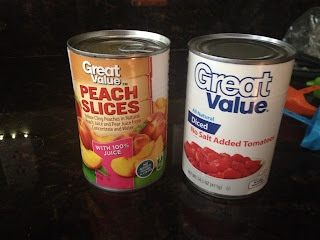 I told him to bring some cans of fruit from the basement
for a food donation drive being done at his school.

I had to smile when he plunked a dozen cans on my kitchen counter
including a few cans of tomatoes.

I did not correct him.  I'm sure he was not concerned with the 'seed bearing plant ovary' discussion I could have sprung on him.  Instead, I thanked him and exchanged his cans of tomatoes for other fruits.

I'll save the fruit versus vegetable debate for another day.
And probably another boy.  I don't see that ever being a great concern of Grant's.

You've been there.  When a person decides to bring fact or clarity to a topic you would otherwise leave well enough alone.

I have come to associate the phrase "technically speaking" with the launching of a discussion about why I am currently wrong in my thinking.  This stems from sharing a home with teenagers who know they are not only smarter than their parents, but amazingly brilliant beyond their years.

here is the aquarium Grant built for the LEGO house he and Grace built.  Not bad.  There's an orange LEGO inside the aquarium to represent his fish. 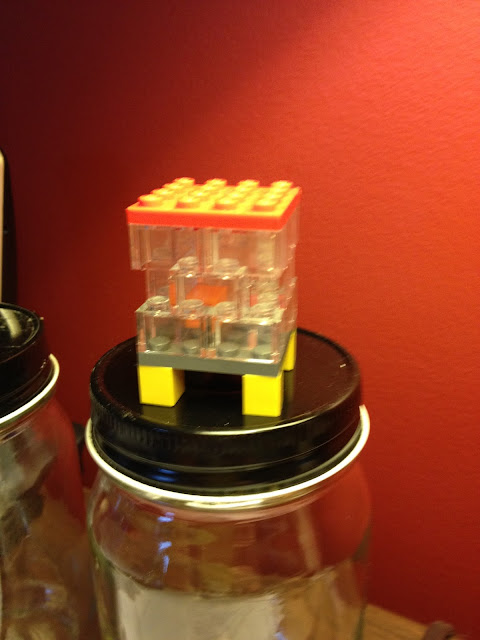 After Christmas and in spite of loud objections from Grace and Grant,  I condemned the LEGO house to the wrecking ball.  The house was torn down to make way for new creations and more exercising of their imaginations.

I don't miss the LEGO house.  And I'm not a bit sorry either.