Lots of random pictures from the past several weeks...... 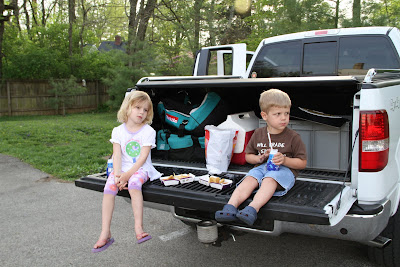 I love his shirt.....
"Will trade sister for tractor" 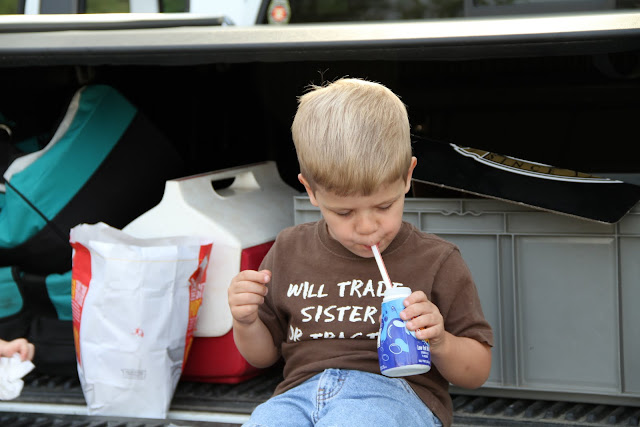 guess who bought him the shirt
John playing baseball.  He's playing a lot of third base now.  David says he's doing a decent job there. 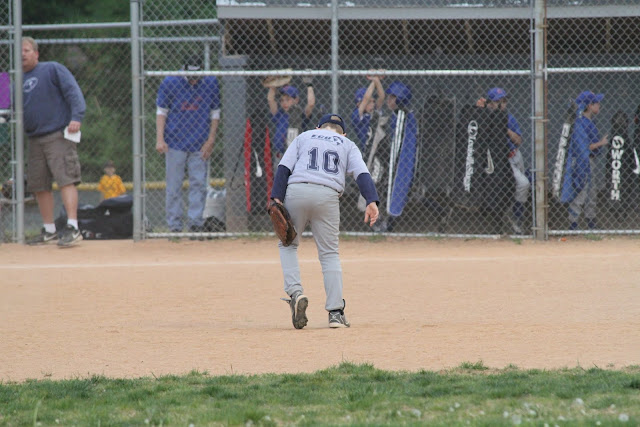 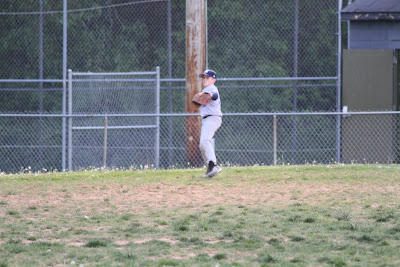 Up to bat at a different game. 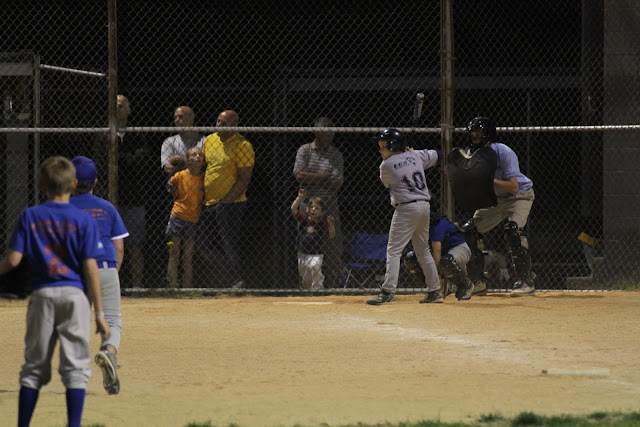 I've lost track of their record, but I know they've only lost two games out of maybe nine or ten.
Here's what the rest of the kids do while we're at the ballgames. 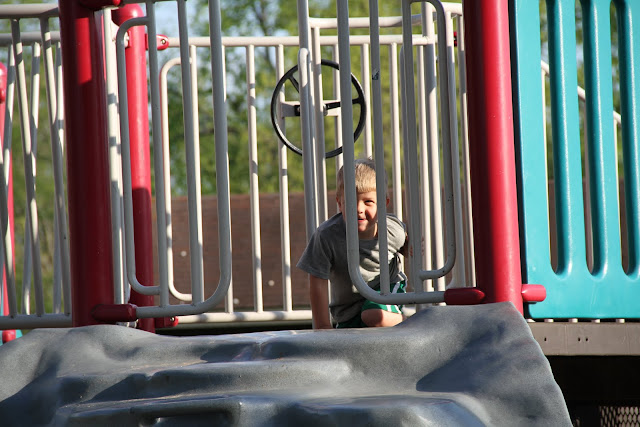 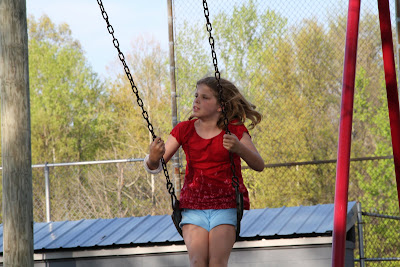 Front flower beds at the house.  David took the picture. 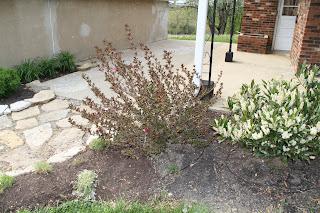 Grace (shirtless) planting garden with us in April. 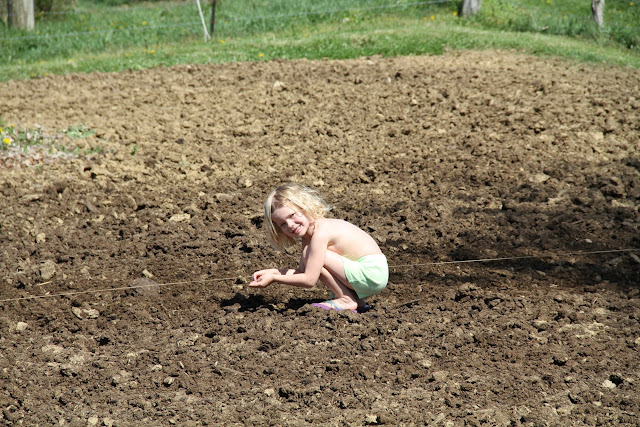 David took these pictures of Grace at gymnastics a few weeks ago.  We had to do double duty that night since John and Emily were supposed to be at All-County Band practice at the same time as Grace's lesson.
I imagine things will only get more complicated as the kids get older and more involved.
I'm not looking forward to that.
Not al all. 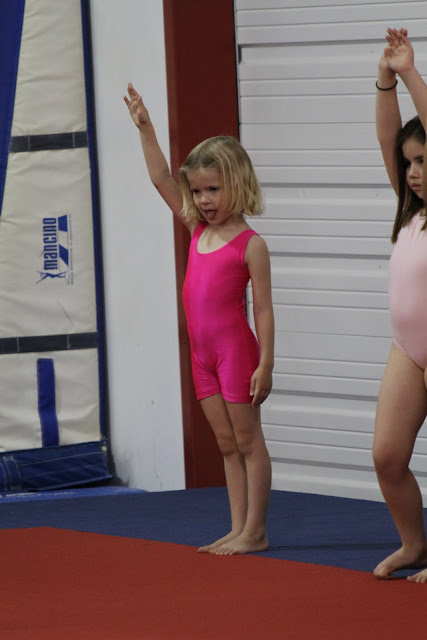 Grace's version of a cartwheel.....in her defense, she's only worked on it two or three lessons.  You can see based on this picture though that I AM SURE they got the wrong kid in the advanced class.
They keep assuring me she's in the right class.
I think they just like us because we pay our bill on time. 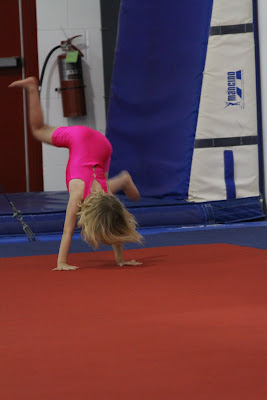 Everytime she tried a cartwheel, handstand, backward roll, flip, bridge, forward roll, pivot....you get the idea.....she sticks her tongue out like this...... 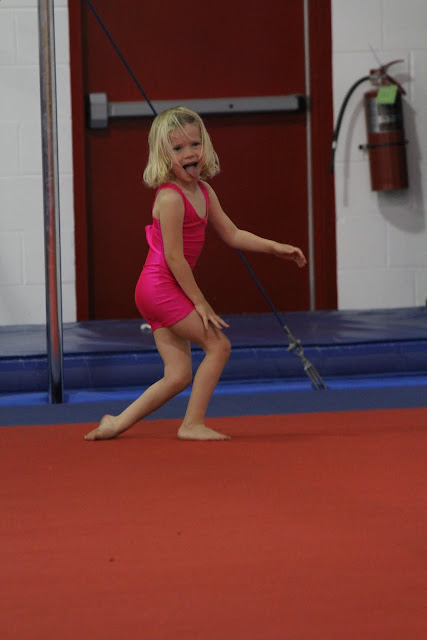 not her best game face!!
I guess we'll have to work on that if she ever does a competition.
Pictures from All-County concert in April....
Combined Band......
not sure why all the empty seats in the back row.  They may not have all been seated yet in this picture. 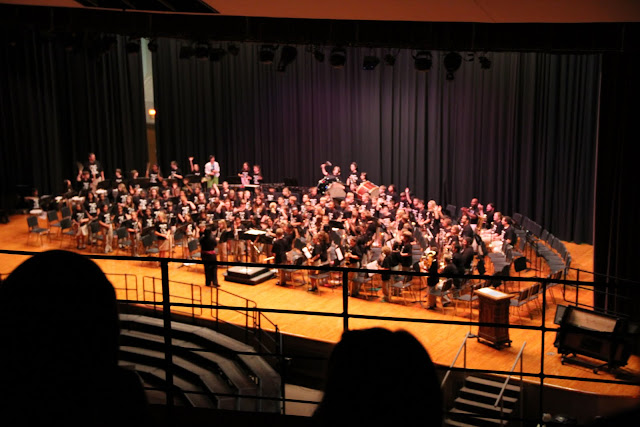 John is in here somewhere toward the center back....good luck finding him. 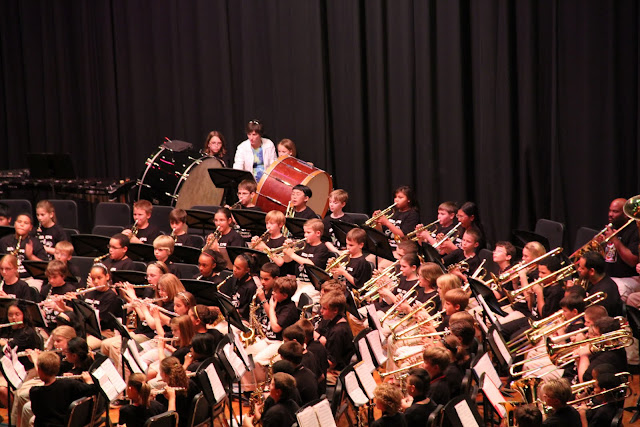 Combined Chorus.....
both John and Emily are in this picture. 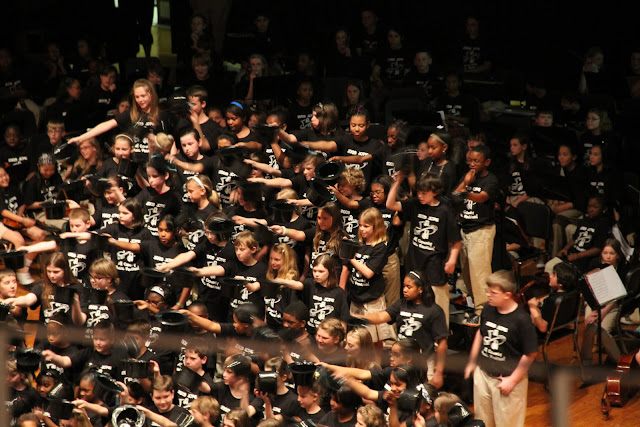 A shot of the entire chorus with the rest of the band in the background. 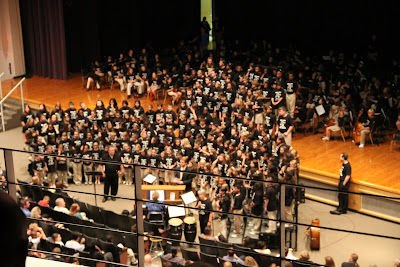