Tied Up and Strung Out for under $5

John needed to make a tent using certain knots as part of a webelos badge.
He was running out of time to get it done before the end of the scouting year.
Sometimes desperation fuels creativity.
We used an old bedskirt and some nylon rope I had to make a dining fly and a tent in the middle of our entryway.  the doorknobs were our trees and the doorstops were our ground stakes.
It worked........ 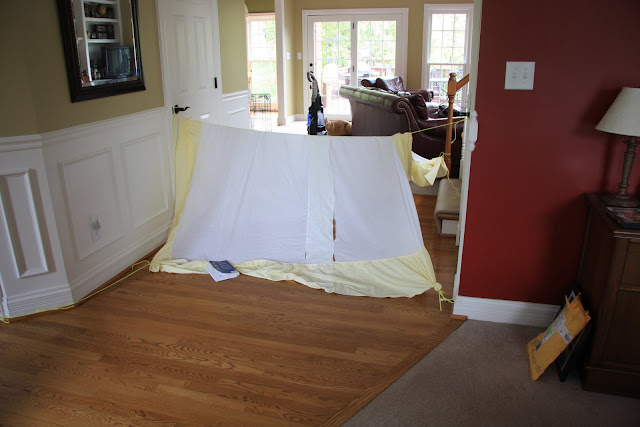 just don't tell the den leader how we did it.
%%%%%%%%%%%%%%%%%%%%%%%%
Grant found my craft stuff the other day.
He and Grace have had lots of fun since then playing with yarn of all things.
They tie up many things, often including the dog.
Guess how many laps a three year old can make around the center of our house with a ball of yarn? 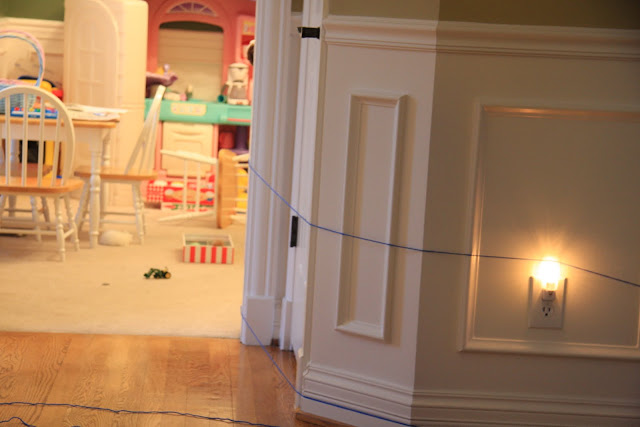 Here he was on lap three.
I got sidetracked and never took a picture of the finished product, but the final count was about five and a half laps around the house before he ran out of yarn.
He had a blast.
For the price of a ball of yarn,
I think it was well worth it. 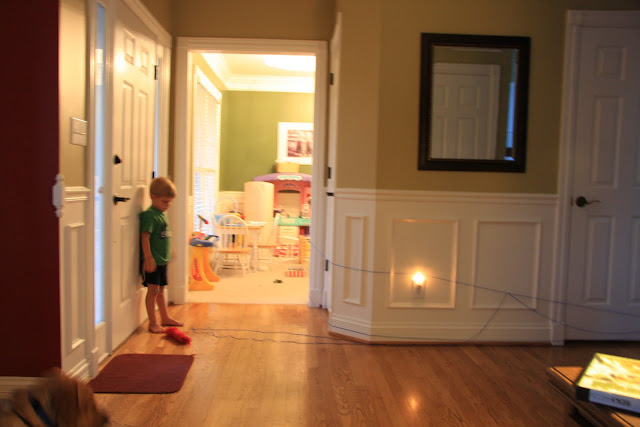 I rewound the ball of yarn after he went to bed.
It has since been "found" again by Grant and Grace.
They have cut it into a million little pieces playing their games of pretend together.
The tiny little scraps were then left to lie all over the house to be picked up by Mom.
It was worth it.
Posted by otherwise known as mom