John's Blue and Gold Banquet for Cub Scouts and Webelos
receiving some of his badges, pins and belt loops that he has earned 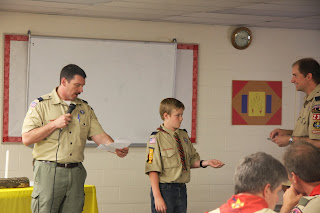 Part of the crossing over ceremony to becoming a Boy Scout 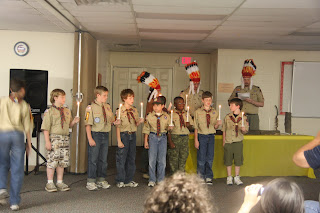 Dad taking part in the ceremony 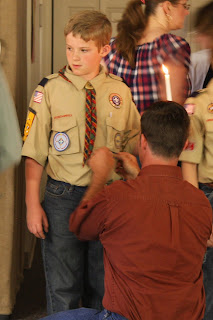 Dad removing the old webelos uniform things before he "crosses over"
the bridge to become a boy scout on the other side. 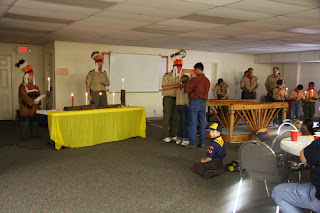 With the new scarf and loops in place, now we're an official Boy Scout. 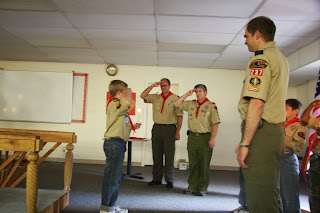 Caution: Bragging Ahead
I didn't realize going in to this that the kids were supposed to be working toward what is called
the Arrow of Light.
That is the only thing they earn as a Cub Scout/Webelos that transfers into Boy Scouts.
Boys usually are in the Webelos program for two years working on these requirements.  John wasn't in the program last year.  He just joined in the fall of 2009, but he managed to squeak through the program in just a year.  One other boy did it in a single year as well.
I didn't find that significant until one of the pack leaders told me they had never had anyone complete it in a single year until now.
Good job John.
Posted by otherwise known as mom