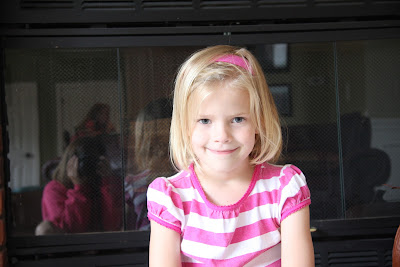 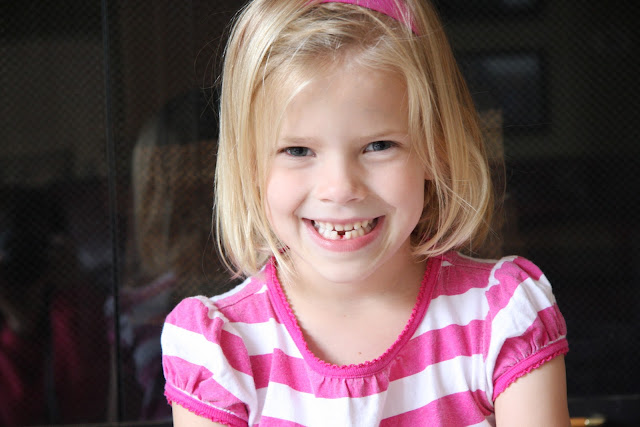 That first tooth that has been hanging on for weeks finally came out. 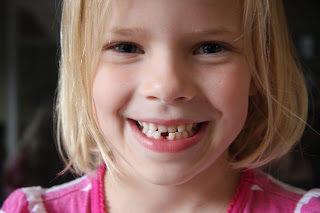 Grant and I went to eat lunch with her at school on Thursday.
I tried to pull it while we were there for lunch, but it wouldn't budge.

Later that afternoon she said it almost fell out while she was doing show and tell in front of the class.  Nothing like making an event out of it,huh? 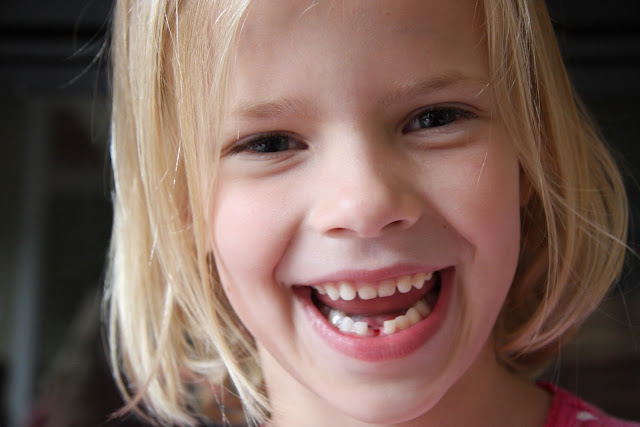 She wanted it to fall out at school, and I guess she got her wish!

Seeing as how I am not nearly as organized with child #3 and child #4 as I was with child #1 and #2, I do not have the tooth fairy pillow for her to use like I had purchased for John and Emily.

I found one online and ordered it for her.

I explained to her what it was and how it was made to hold her tooth so the tooth fairy could find it easier under her pillow.  I suggested to her that since I didn't have it just yet we could wrap the tooth in something else so it wouldn't get lost during the night.

She wouldn't do it.

Now how many six year olds would be patient enough to do that?

I put her to bed, but she had things to do before falling asleep last night.
After I left her room, she wrote the following letter to the tooth fairy and laid it on her nightstand with her tooth just to be sure..... 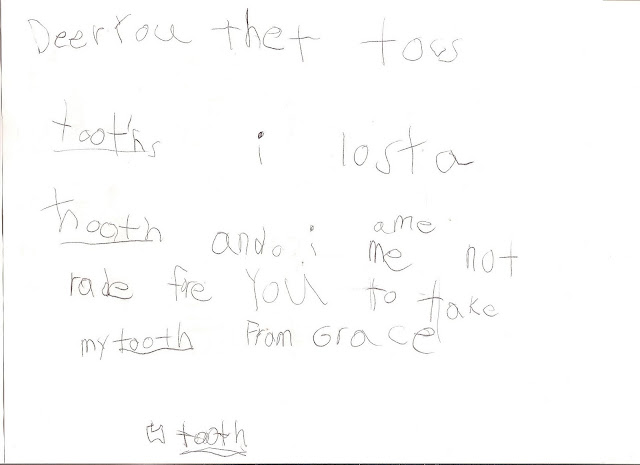 In case you're not fluent in first grade scratchings, I'll decipher what it says for you.....

Dear you that takes tooths,
I lost a tooth and I am not ready for you to take my tooth.

Grace included a picture of her tooth at the bottom of the letter in case the tooth fairy was a bit confused about what she was referring to.

Let's see, one tooth down and only nineteen more to go! (plus another twenty for Grant as well)  I hope the tooth fairy is rich.