As school ends in the spring there is always an abundance of awarding and recognizing going on.
This year was no exception. 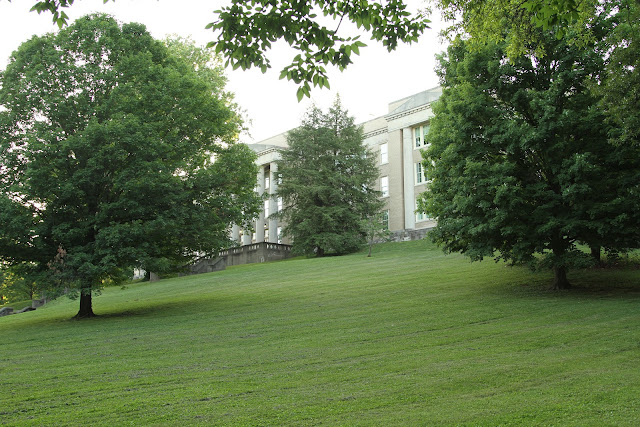 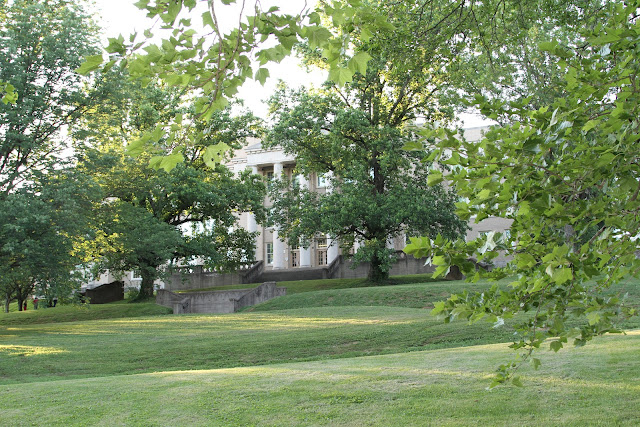 Because I can never get a good picture in their auditorium and because the outside of their school is so pretty, I decided to post pictures of the exterior of their school. 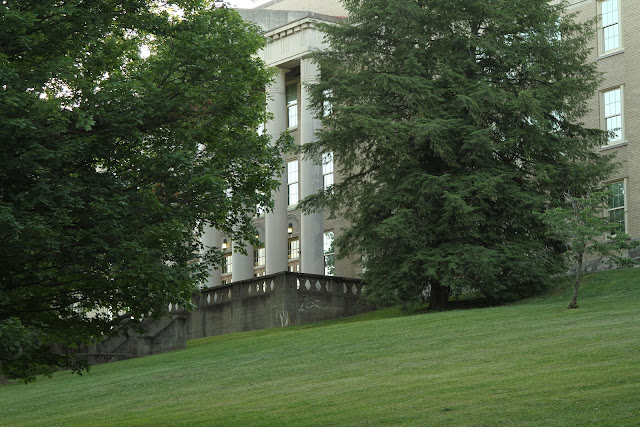 Their mascot is appropriately named a Hilltopper. The awards program was nice.....short and to the point.

The next day it was on to Grace's awards program. 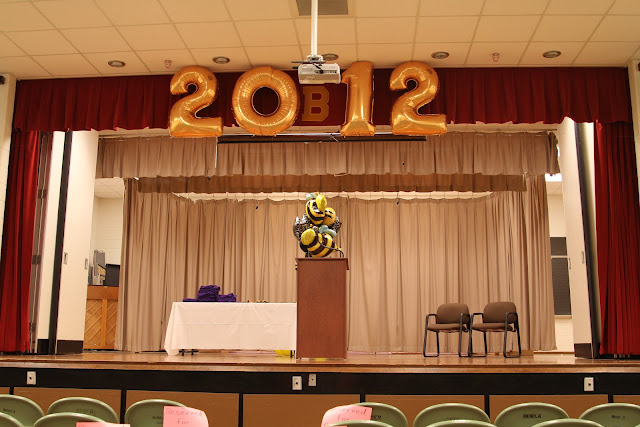 Her mascot is a Bee. 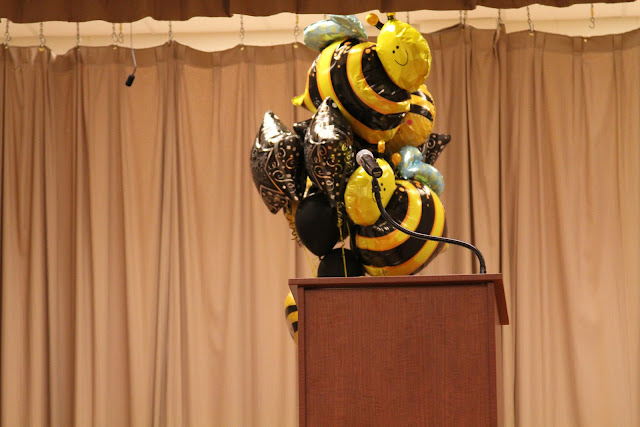 This guy attends the program each year.
I think he's kind of cute though a bit creepy. 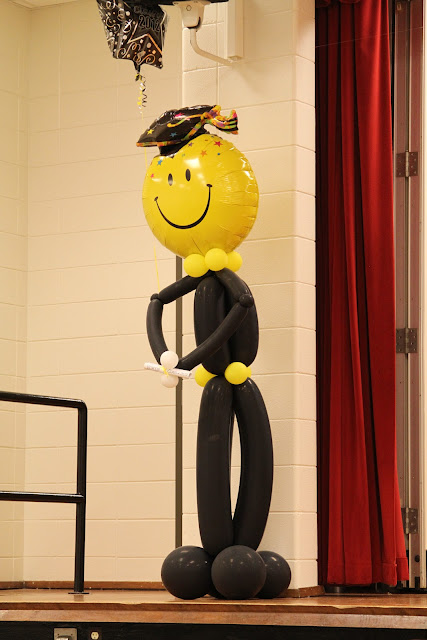 This guy is at the awards program each year too.
That's because he is the principal at her school. 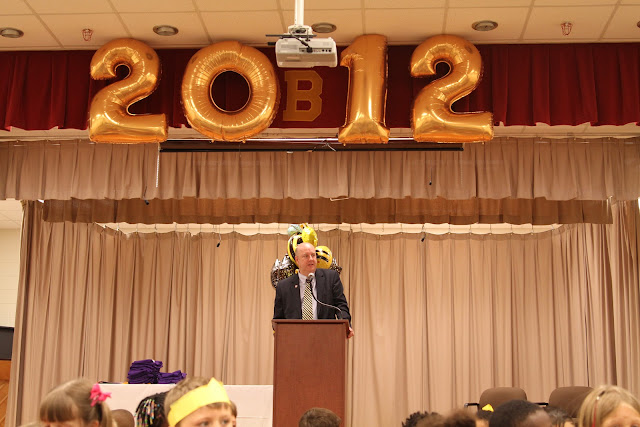 Never before have I met a person more suited for his profession than this man.
He has a child's heart yet runs this school like a well oiled machine.

Grace high-fived him....not sure what that was about. 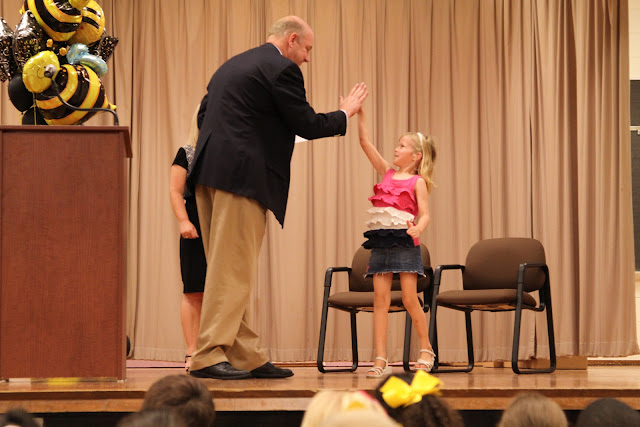 She received the citizenship award for her class. 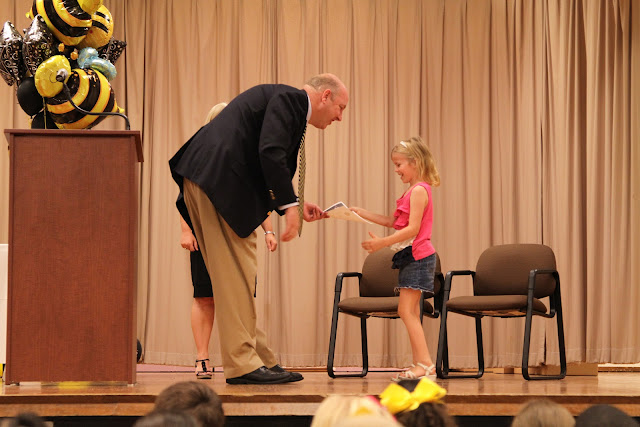 Yes, we were very proud of her. 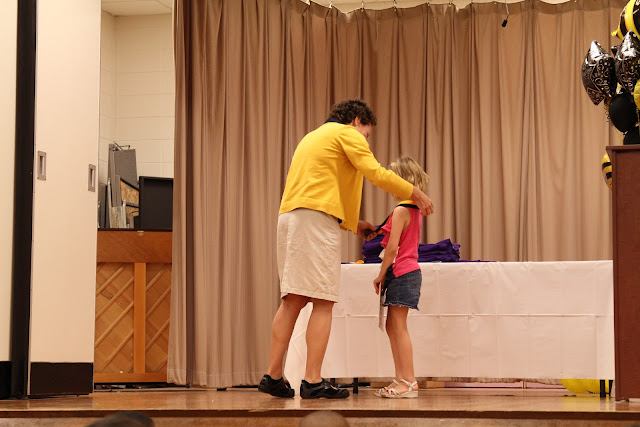 She was elated to have a medal but had no idea what it really meant. 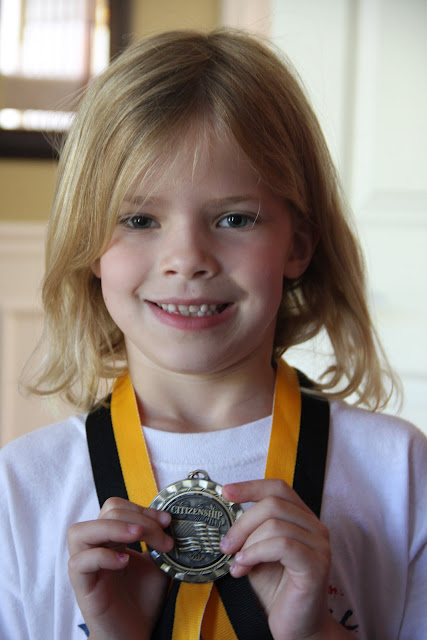 I asked her what she did to earn a citizenship award for her class.
Her reply? 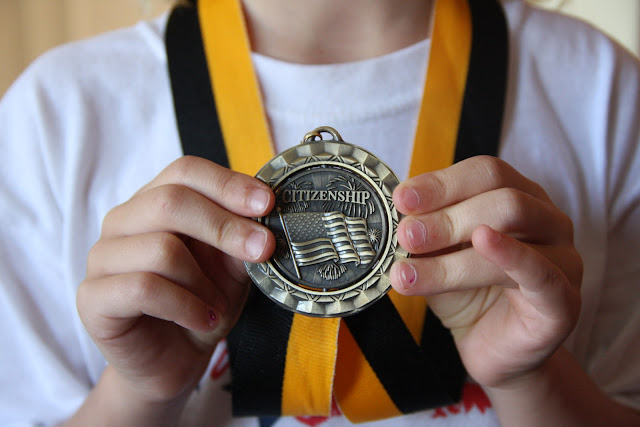 "I was a citizen!"
She could not however tell me what a citizen was.

This guy was dragged from one program to another.
He never complained, but he was getting tired of going.
When I would tell him to get in the car, he would say "NOT AGAIN!" 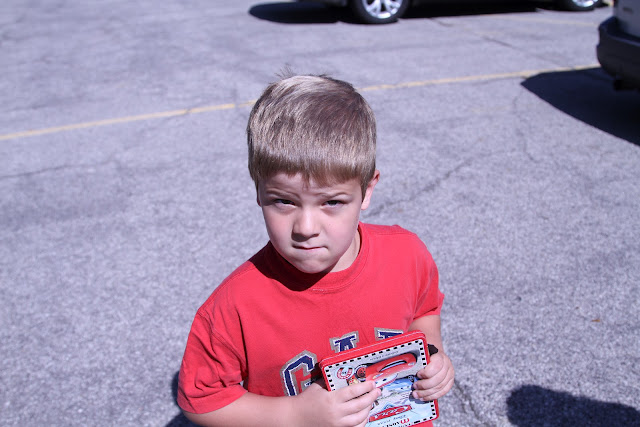 He had his own little program when his school year ended too.

Here's the certificate he received that day.
I just now got it scanned in. 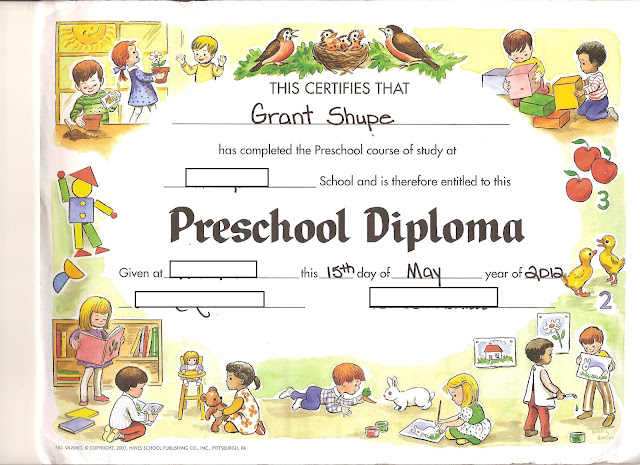 Thirteen more years and we will be done with awards programs.  At that point we will have logged 22 years of going to these things.

At that point, David and I might be saying,
"NOT AGAIN!"

But, probably not.
Posted by otherwise known as mom