Being at the farm wears out the dogs. 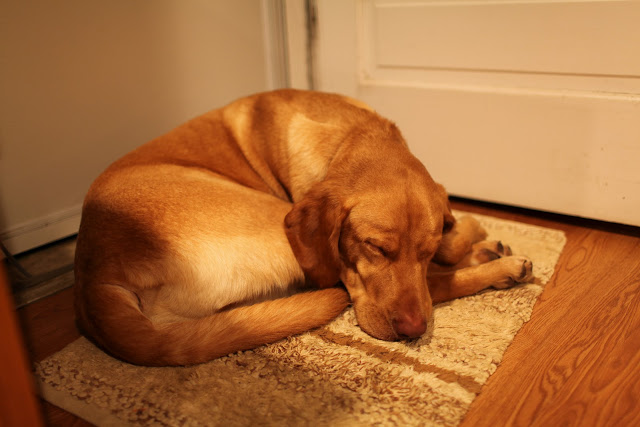 They spend their days there wandering between the yard and the pond. 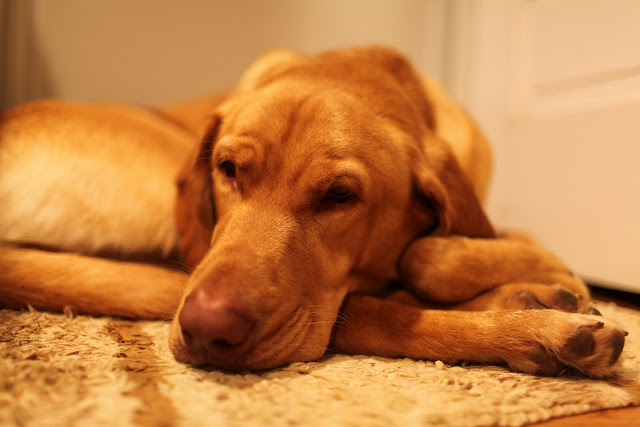 Once we go inside for the evening, they DON'T MOVE.


All of the four legged creatures are settled in their new home. 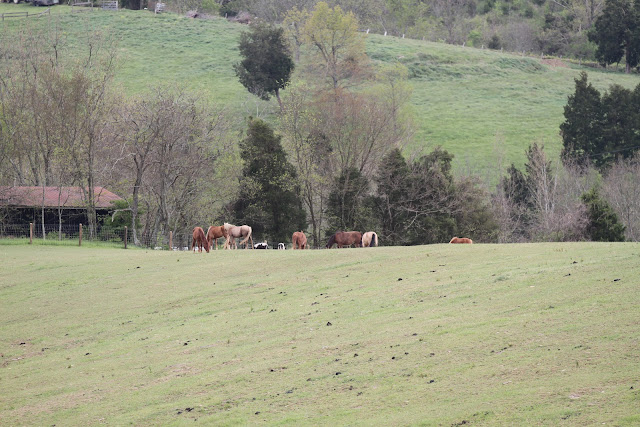 The horses were a breeze to catch and move. 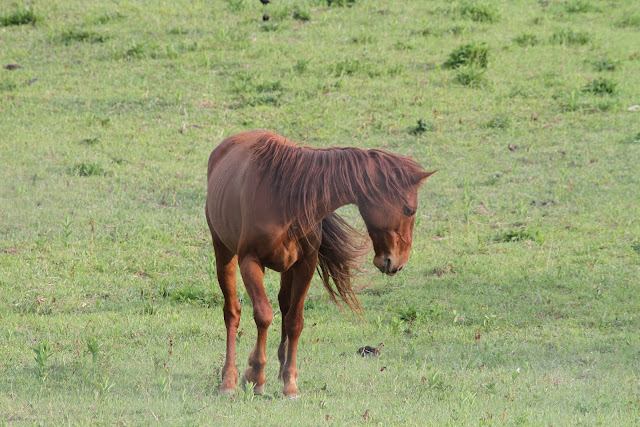 These guys weren't quite as easy. 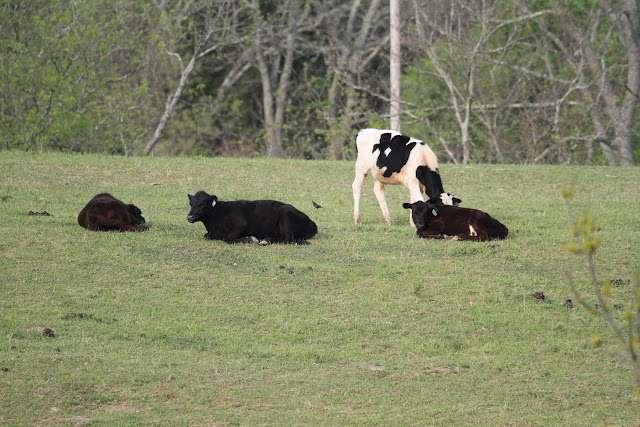 After catching them in the paddock we loaded them into the trailer and hauled them to the other pasture, but not before one of them broke the fence and escaped under it back into the main pasture. 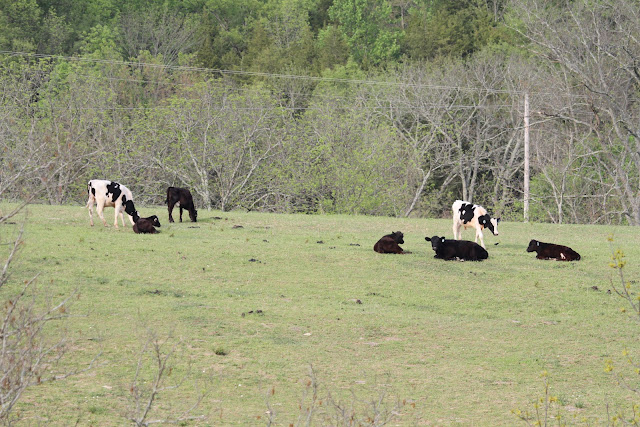 That was when the real fun began.

We didn't use horses.

We didn't use ropes.

We cheated.
Four-wheelers are much more reliable than horses and ropes.

Ten minutes of fun and the wayward calf was back with the rest of the gang in the new pasture.

The new road and fence that surrounds the orchard and garden area.... 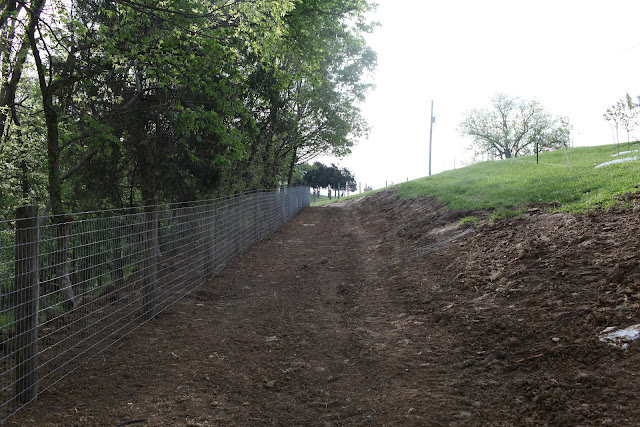 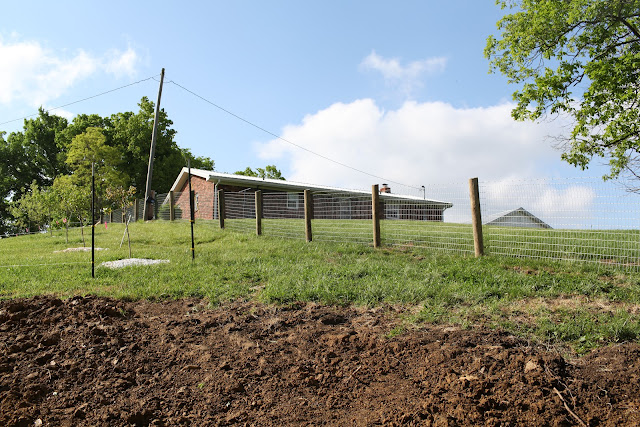 Turning around from there looking toward the pad waiting on a barn to be built some day.... 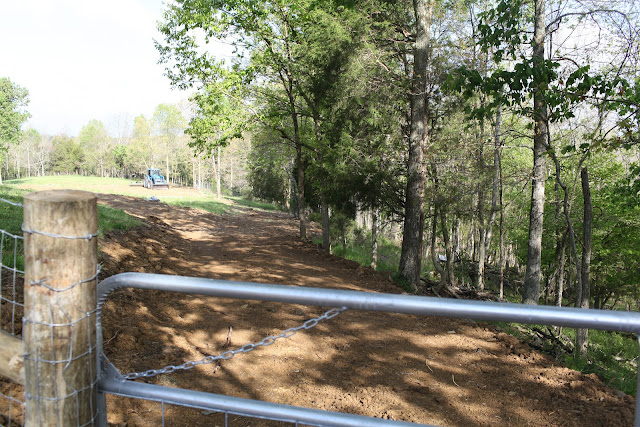 John got his cast off today.
Unfortunately, that meant he didn't play baseball tonight since the wrist was pretty stiff and sore.

His team won another one.
Their last regular season game is Thursday.

He will miss it since he and Emily leave for church camp Wednesday.
They are excited since this is the fourth year they've been going to the same place.

Grace and Grant are both coughing and sick the past few days.
Here's hoping it doesn't turn into anything worse.

Hope you're having a good week!!
Posted by otherwise known as mom