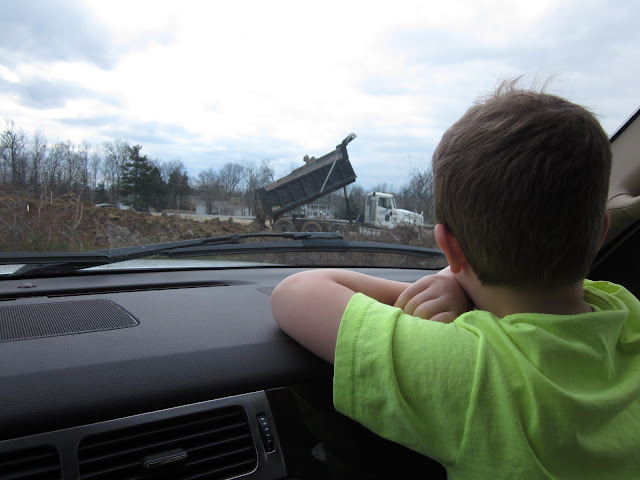 Grant was fascinated with the heavy equipment used to build a new gas station near the house.
We sat many days in the adjacent parking lot and watched the men work.
The highlight of his five year old day?

When one of the men would wave to him while working. 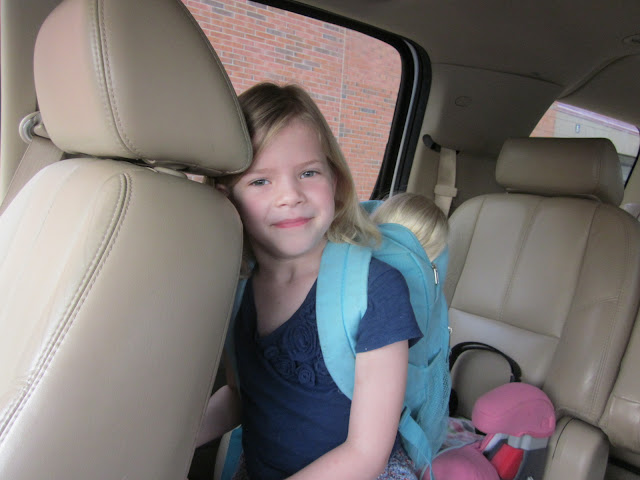 The fact that this is from school tells you how far back I am still downloading pictures!!
This was Grace on a Monday morning.  She wanted me to take her picture so she could 'see if I look like a star'.
She was Star of the Week in her class.

The blonde head peeking out of her backpack is her doll, Julie.
Julie was her show and tell selection.
Julie got to spend the entire week at school with Grace. 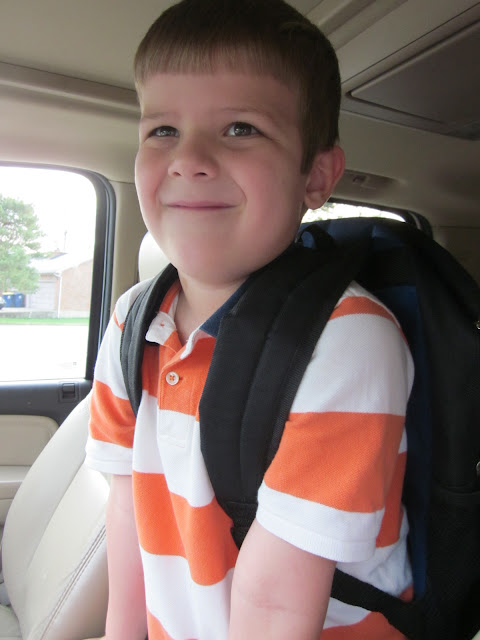 Not to be outdone by his big sister, Grant wanted his picture taken that day too.
So here for your viewing pleasure is Grant.....
who was NOT star of the week. 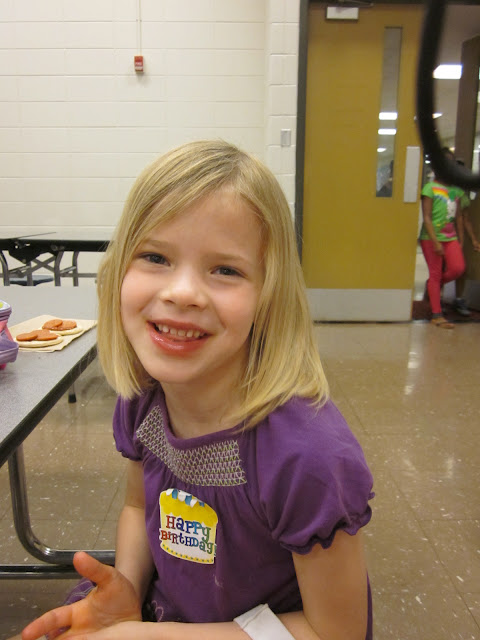 Star of the Week coincided as much as possible with each student's birthday.
Grace was star of the week during the week of her birthday.
I went in on her actual birthday to have lunch with her.
She passed out cupcakes to everyone in her class and we sang Happy Birthday to her. 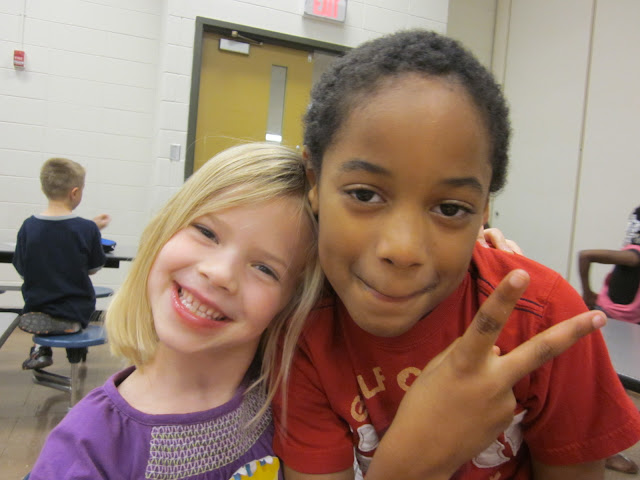 THIS is one of her classmates.
He's a funny kid with not one shy bone in his body.
The problem is I can only understand about every fifth word he says.
I think I must have unintentionally promised to let him come to our house sometime and spend the night.

After this day he kept asking me when I was going to give him our phone number and address so he could come over for the weekend.

Like I said, not a shy bone in his body.

Today's post has been brought to you by the letter

HAVE A GREAT WEEKEND!!!
Posted by otherwise known as mom