Sap to Syrup - A Tale of Two Weeks

My computer is in a good mood today, so I'm going to see if I can get some pictures loaded.
Wish me luck!!

Some of our forty taps
'

We had great luck with weather conditions this year.  Sap was running great with buckets overflowing at times.  The trees were running as much as a gallon each day on good days.


Collecting was the part the kids enjoyed most. 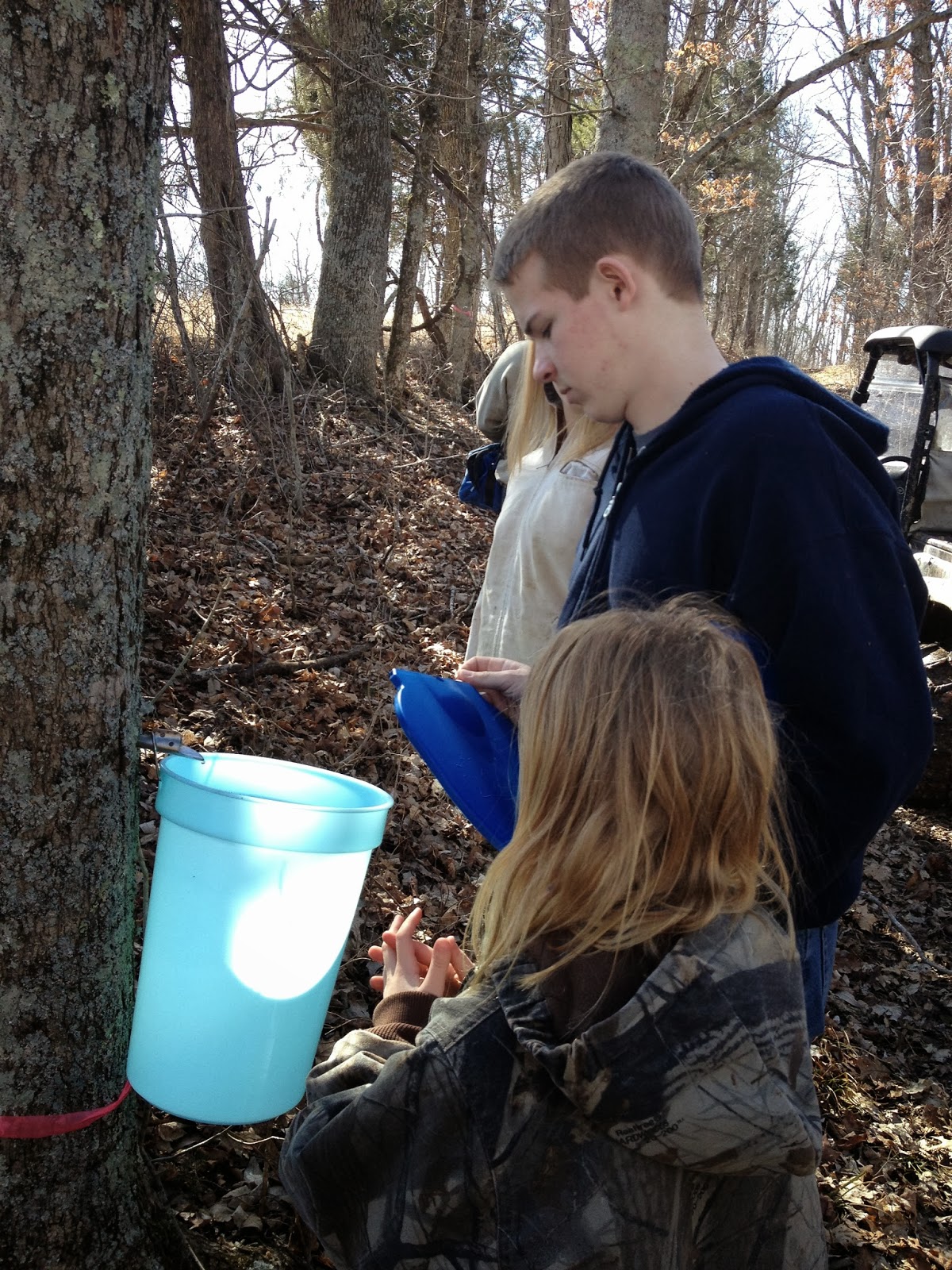 You would assume correctly if you guessed this bucket ended up on Grant's head. 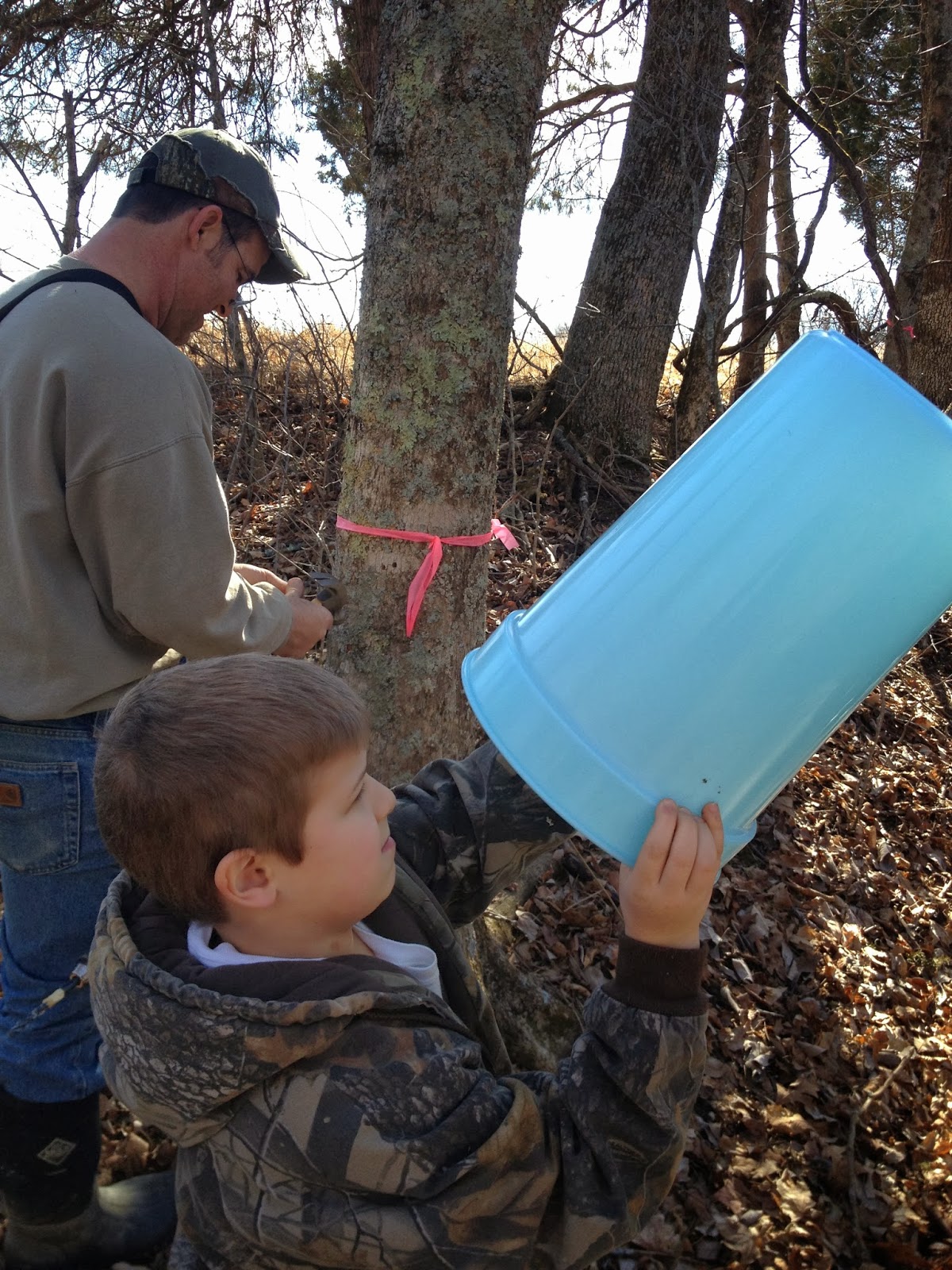 After collecting sap, it was off to the house to begin cooking it down. 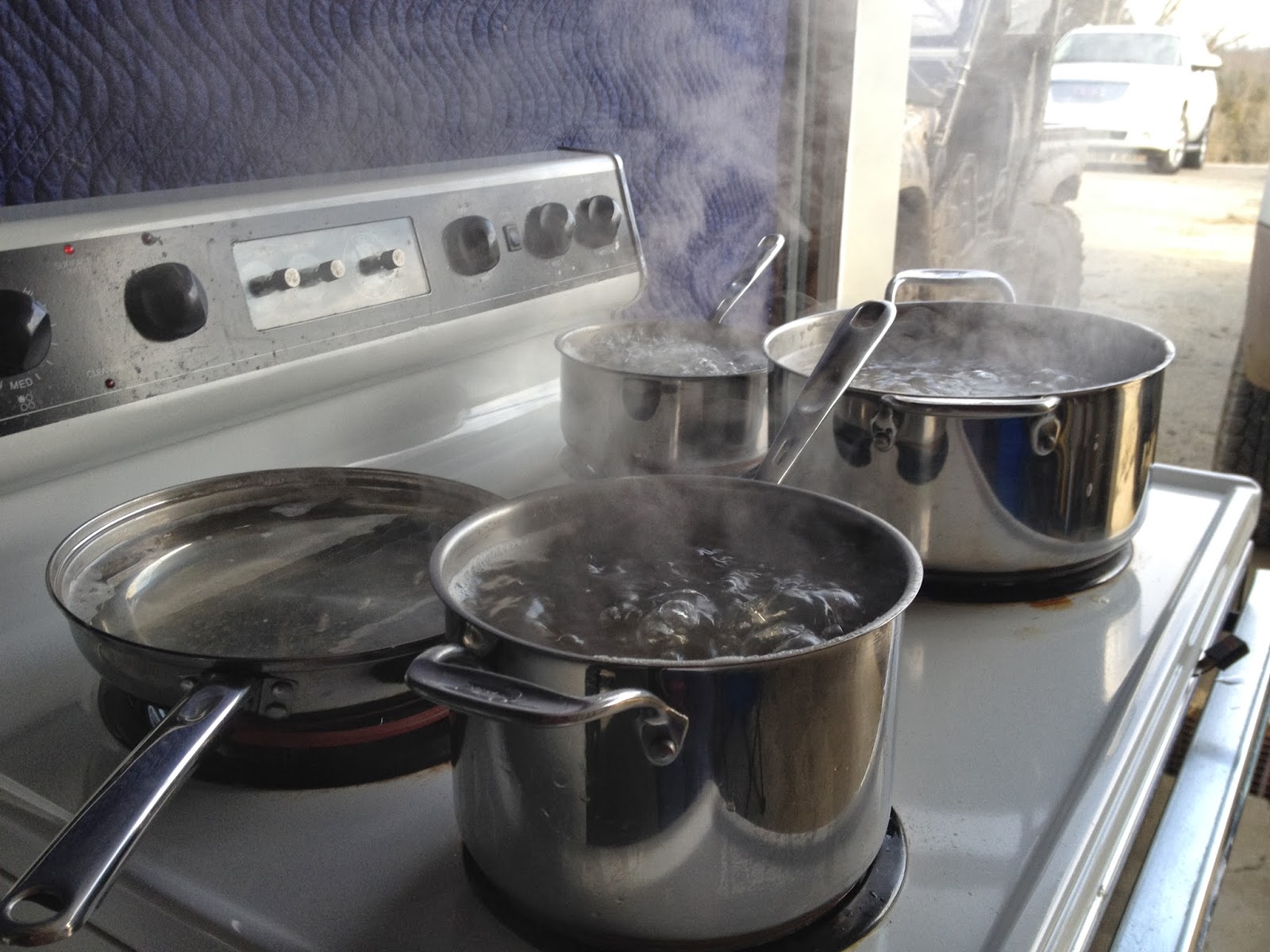 I refused to cook it at home this year after last year's experience, so we moved it to the garage at the farm.  David brought a stove from ECO's breakroom to use.

And since we had it to use, we took the stove out of the house we just bought and used it as well.
If we cook this much next year, I hope we can get something more efficient.  Even with eight burners, this was SLOW.  We cooked through the night the second weekend taking turns watching it boil. 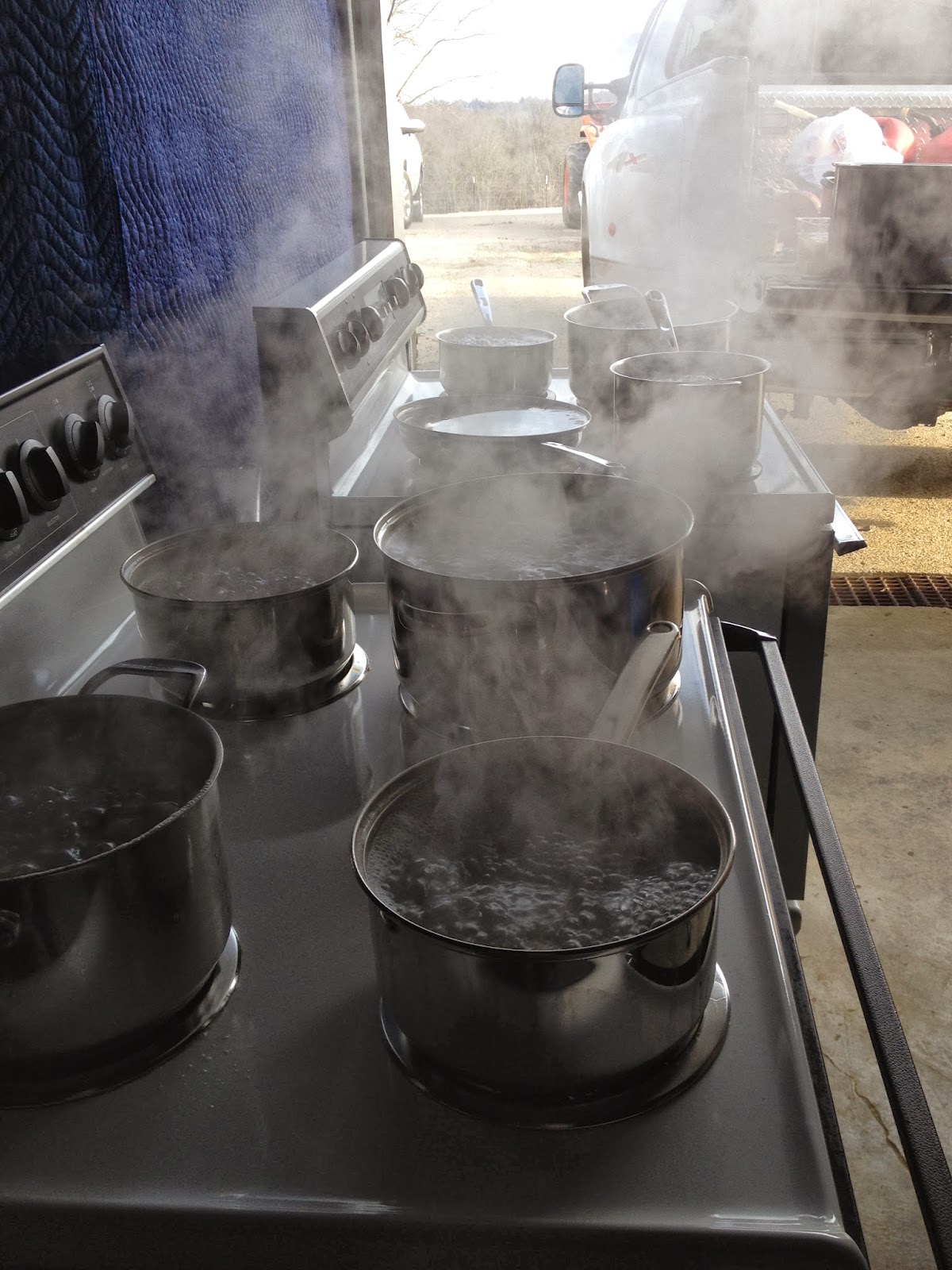 I'm proud to report that during my shift from ten to two thirty in the morning I not only boiled off almost twenty gallons of sap, but I managed to flap my way to level thirteen on Flappy Bird on my iPhone before it died.

Once the sap was boiled to an almost completed state, we pulled it off and hauled it back to town where I finished it in my kitchen on Monday. 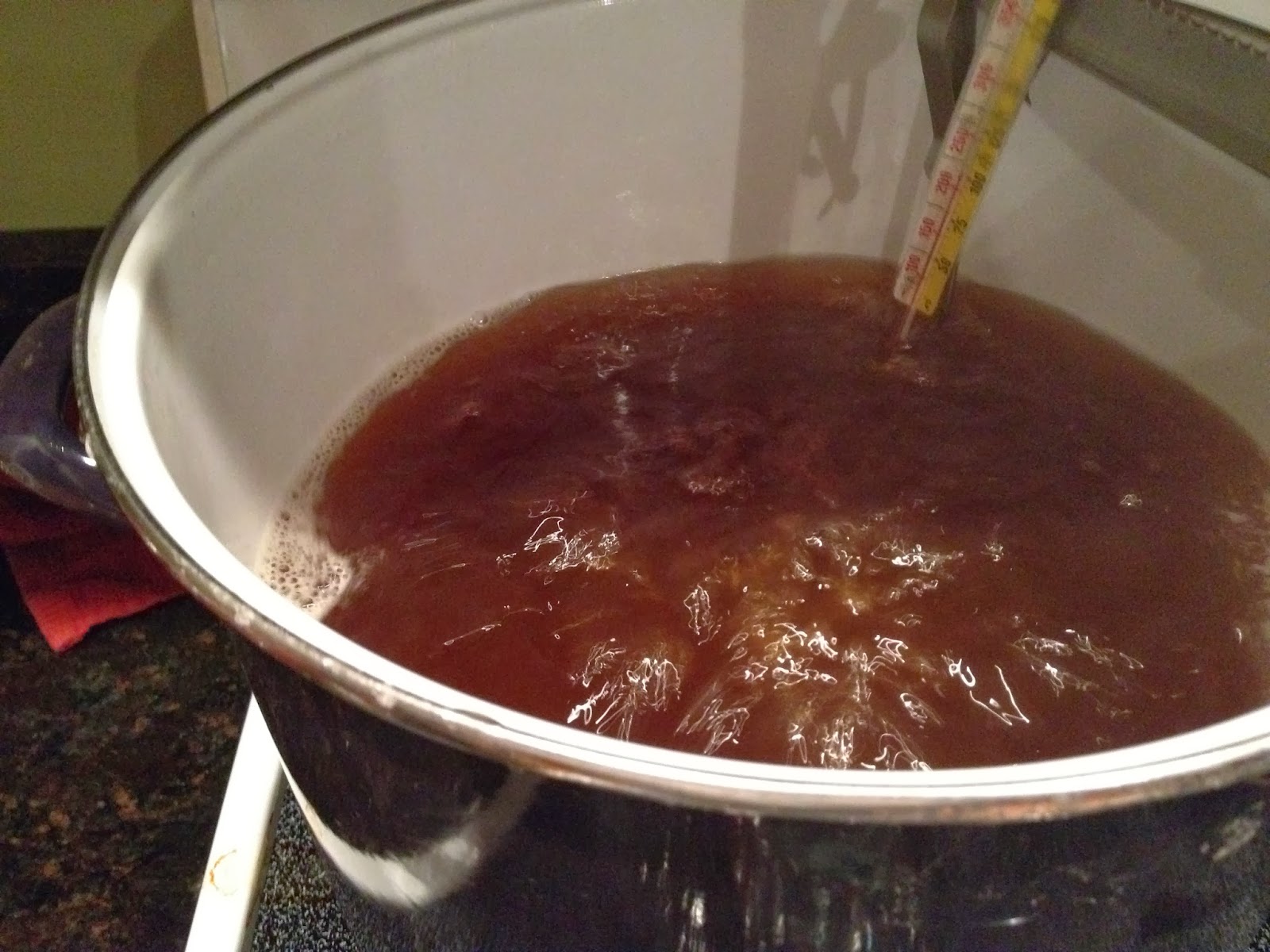 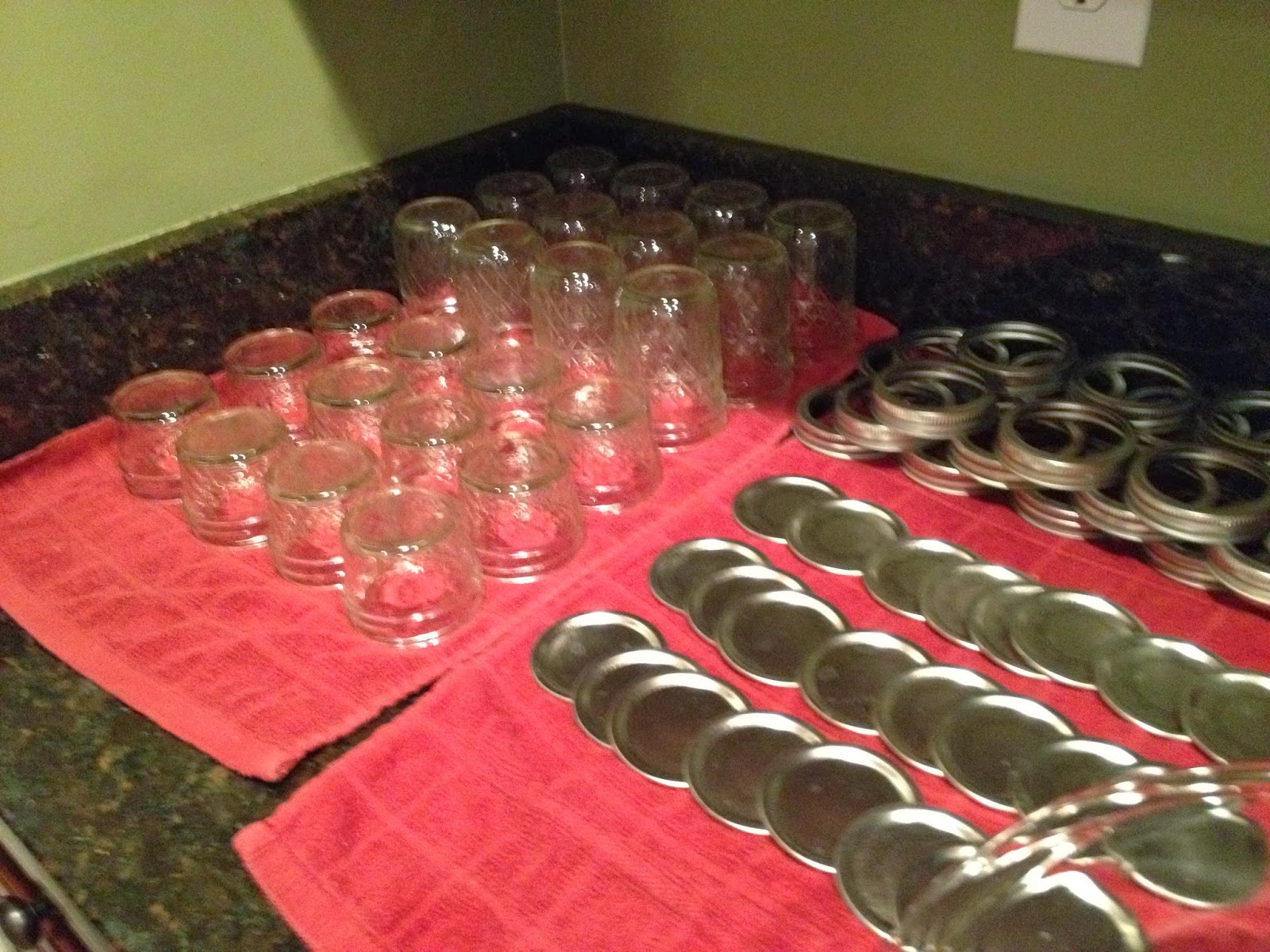 Not quite done yet!! 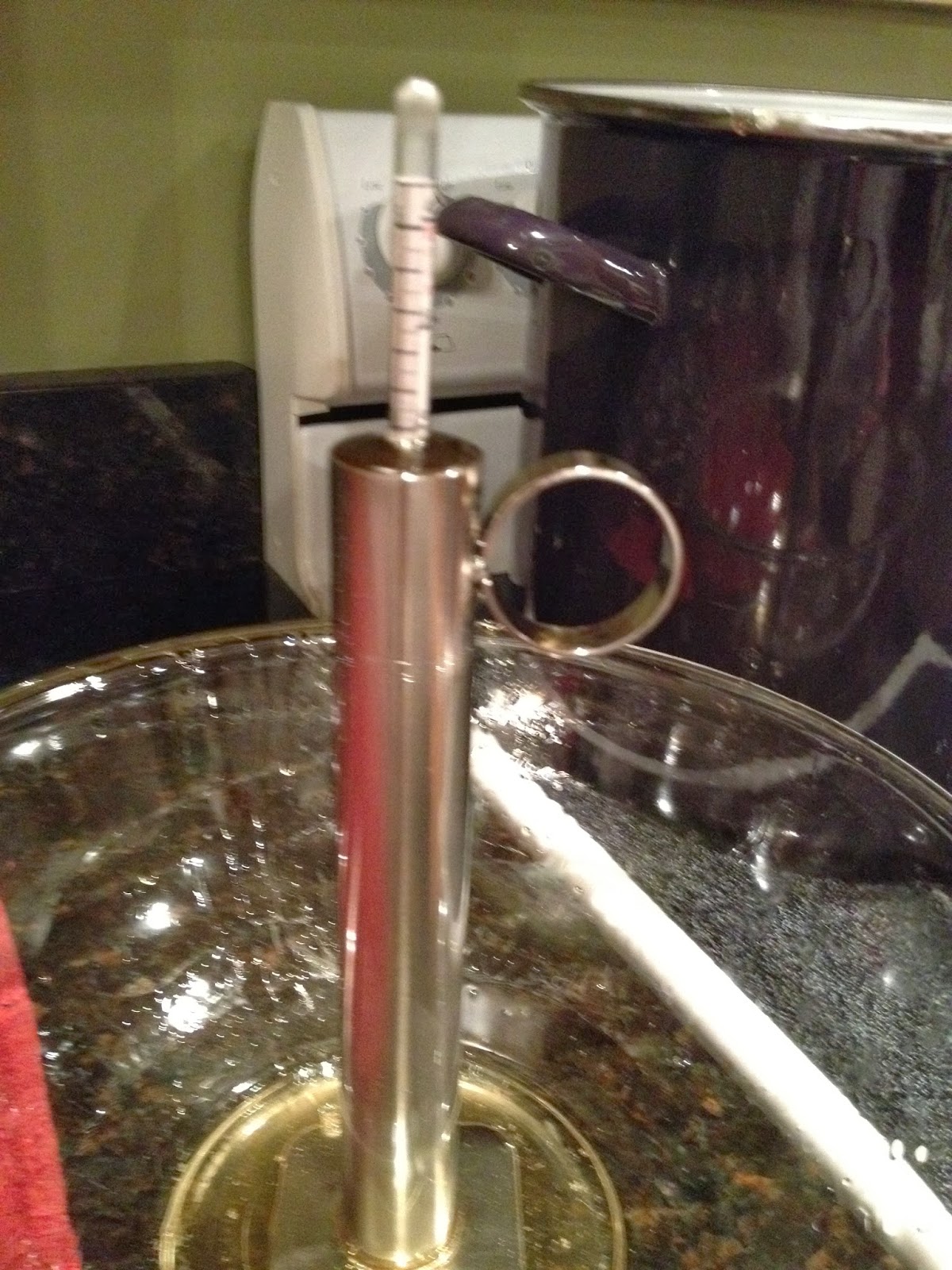 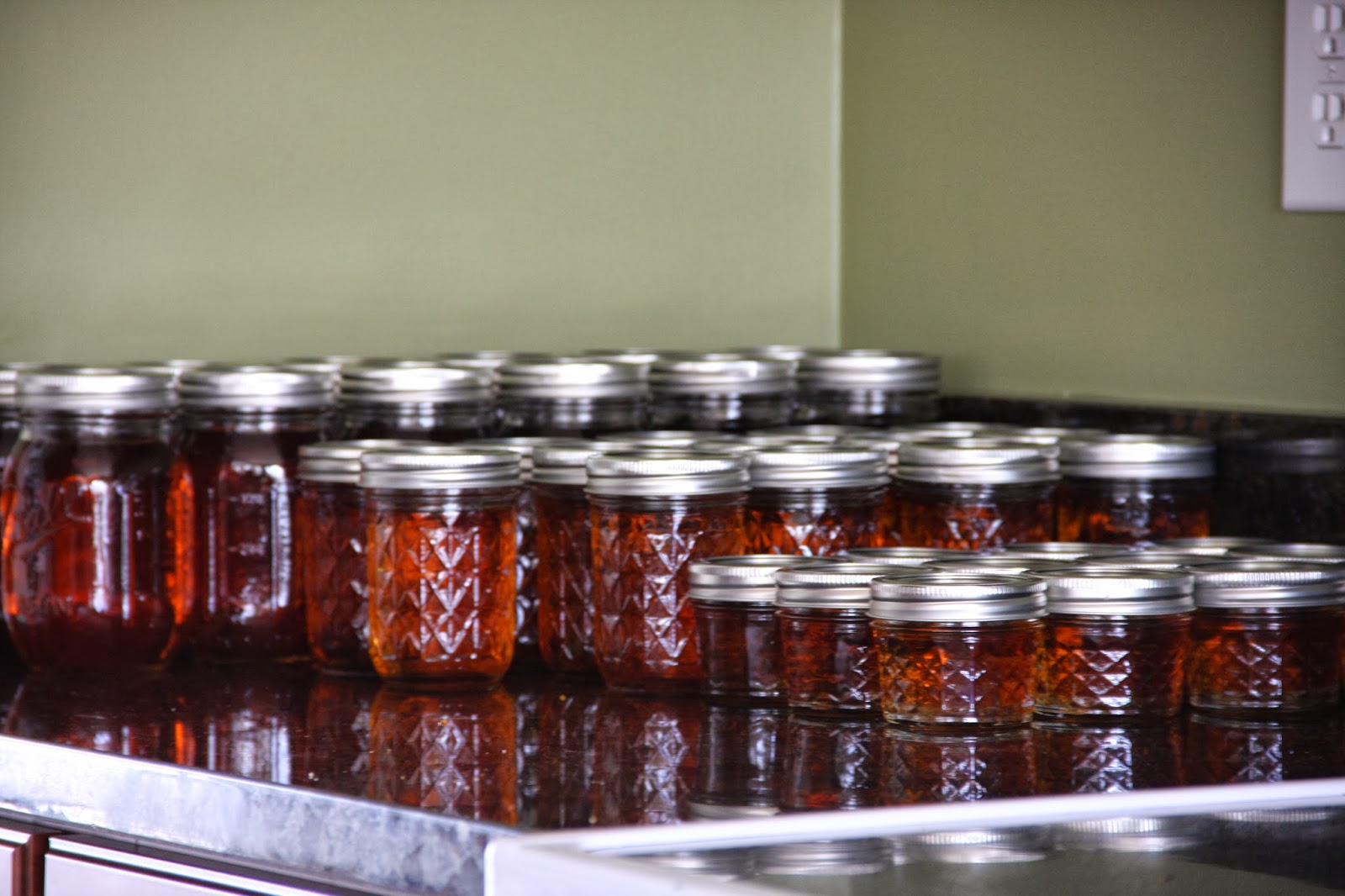 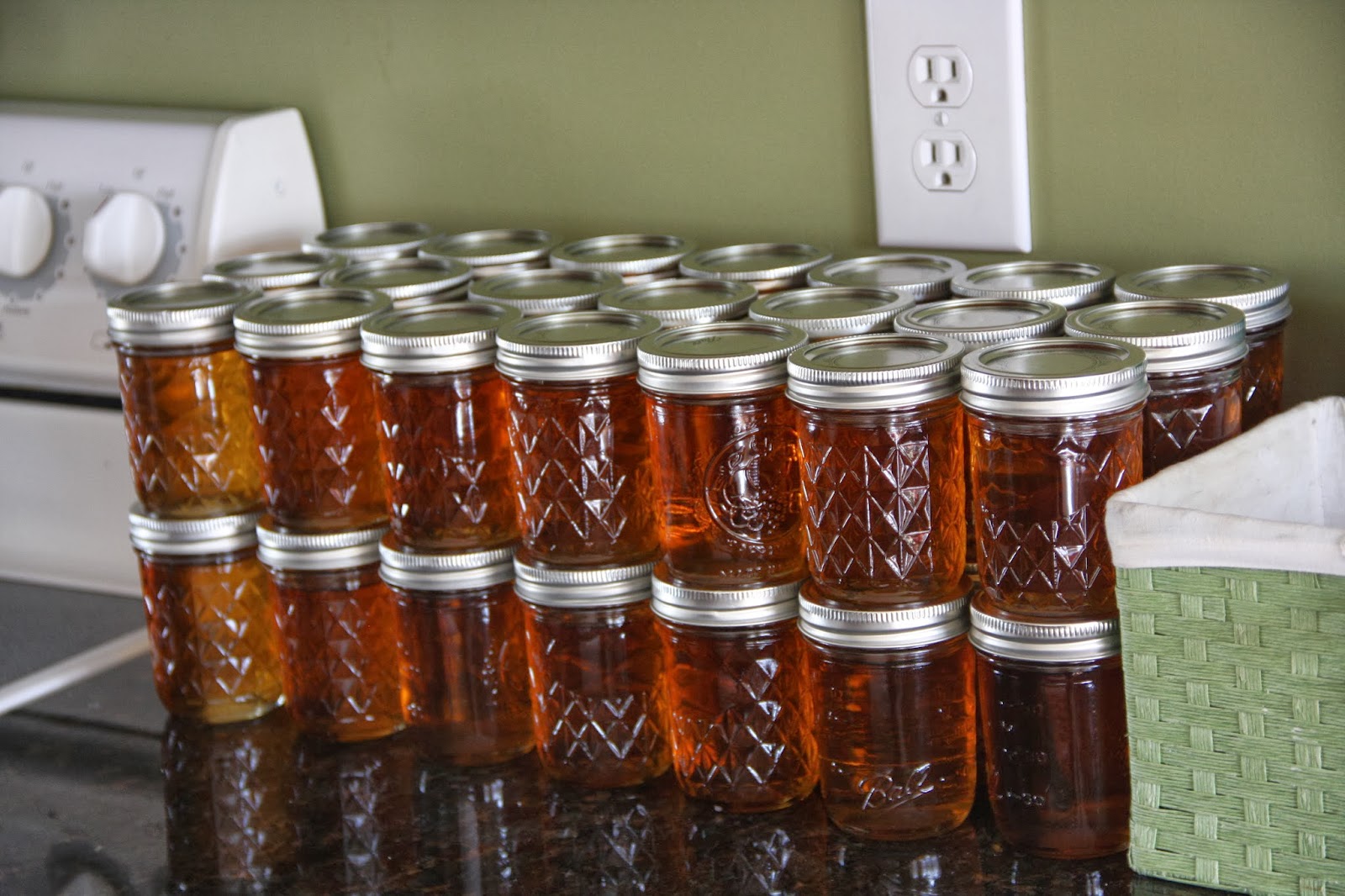 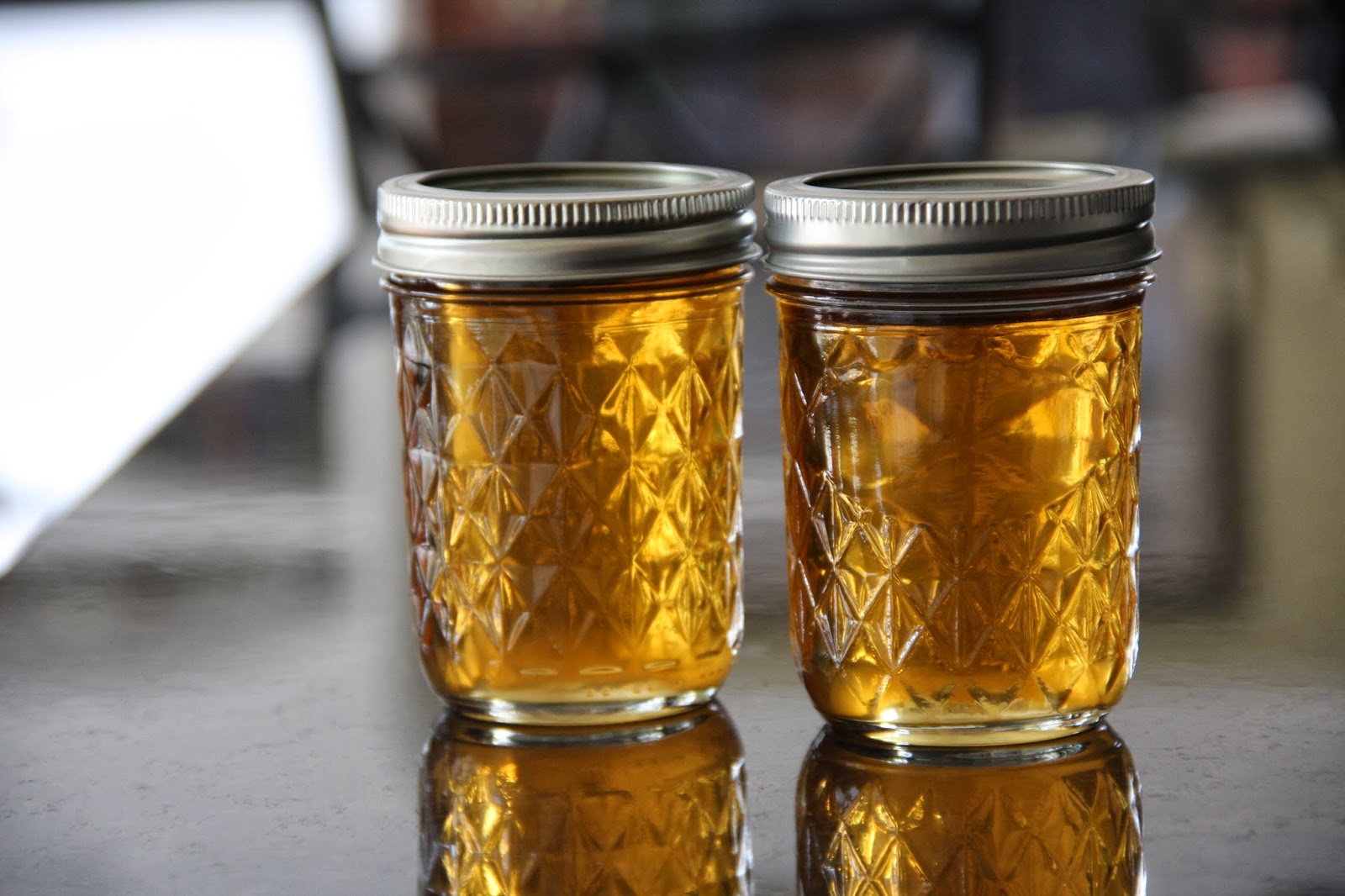 Emily called me just as I put Grace and Grant on the bus this morning.  She was not feeling well and is now asleep in her room.  One more perfect attendance gone for this year!

Grant is still clinging tenaciously to his perfect attendance.  It has not come without its own share of challenges though.  As I was getting in carpool line Monday morning to drop off Grace and Grant, Grant told me his bracket had come loose on his tooth.  Sure enough in less than one week a bracket was already off.  Of course it was the fourth and last bracket in line which left the wire poking right into his lip.  The orthodontist could see him that day, but Grant was more upset about ruining his perfect attendance to fix the bracket than he was with the wire cutting his lip.

What is a mother to do?

I called David to the rescue.  He showed up with wire snips and we did a little dental procedure of our own right outside Grant's classroom.  David cut and bent the wire for Grant.

Now Grant refuses to get it fixed.  He insists he will wait until school is out in July June to get it fixed since he would have to miss school to get it done sooner.  Now THAT is dedication accomplishing his goal of finishing the year with perfect attendance!

It would appear I have succeeded in getting this post finished!  Yeah!!
Happy Humpday!