Grant loves to wade in the creek.  Most of the time he wears boots. 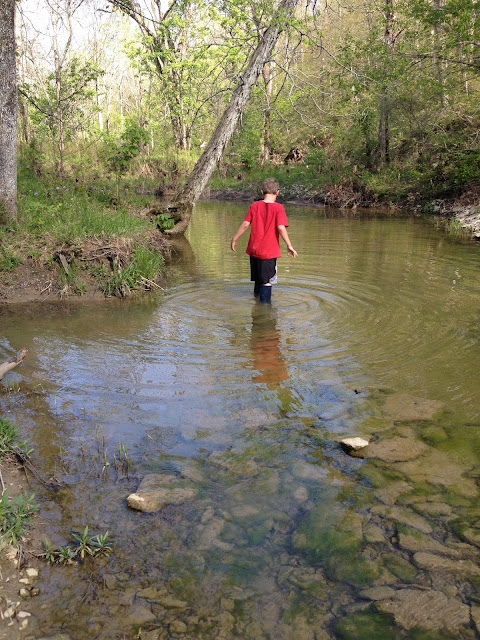 Not for the reasons you would think though.
Normal people would wear rubber boots to keep their feet dry. 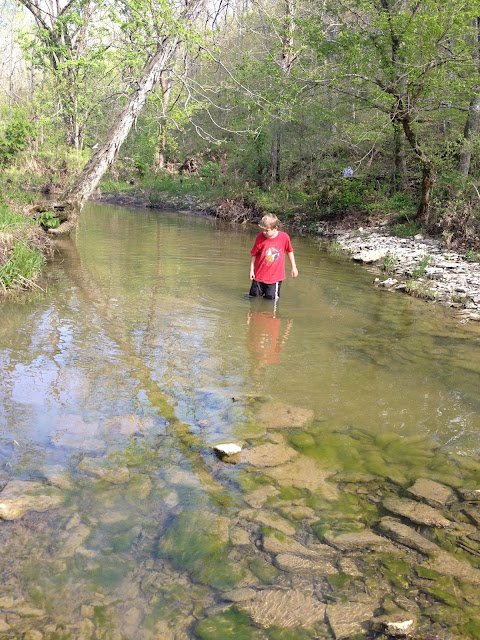 He wades right on in with water pouring over the top of his boots.
He wears them for traction on the mossy rocks.

He then dumps the water out of each boot and wears the hot soggy things home.

You've heard the saying about men and boys and the price of their toys.
David lives that out to the fullest. 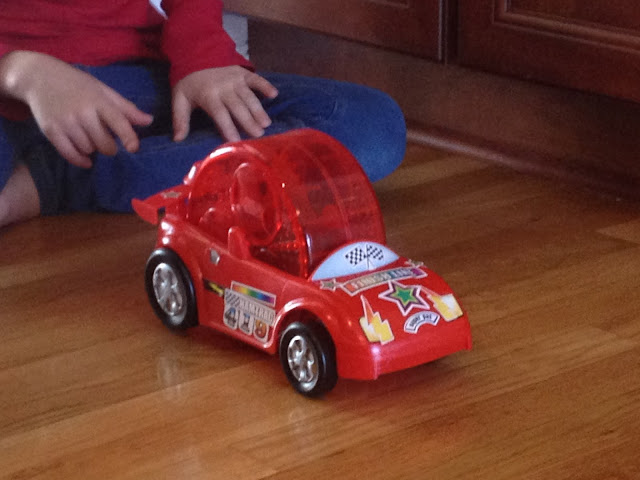 David prefers cars with a little more under the hood than just hamsters. 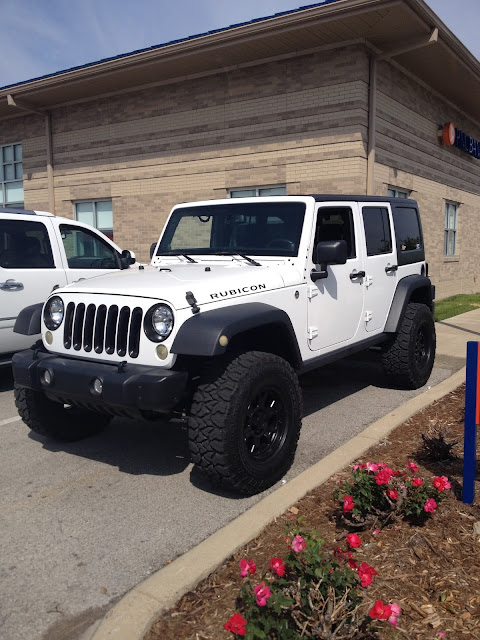 He bought himself a Father's Day gift this year.  This is David's newest toy vehicle.
It doesn't compare to the candy bouquet or the branding iron we gave him for Father's Day, but it is a lot more fun that the other gifts!

I think our almost-sixteen-year-old son has visions of this becoming his vehicle some day.
Keep dreaming, son.  You're gonna have to fight to get this one away from your daddy I'm afraid! 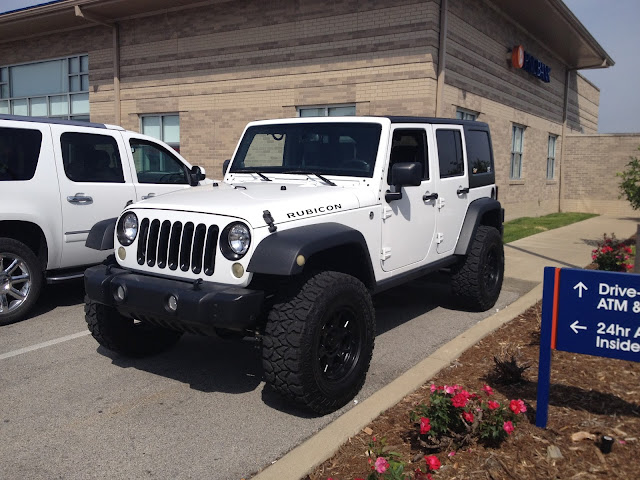