Finding something fun to do this summer
when Grant was still in a cast
took a little effort. 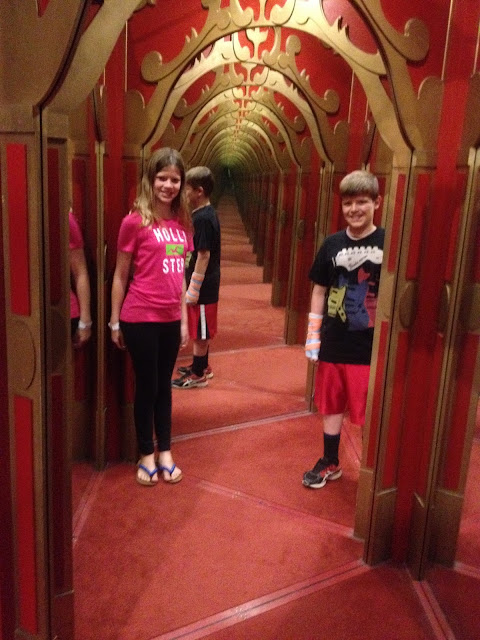 We spent one day at the train museum
which also has an awesome play zone with mazes. 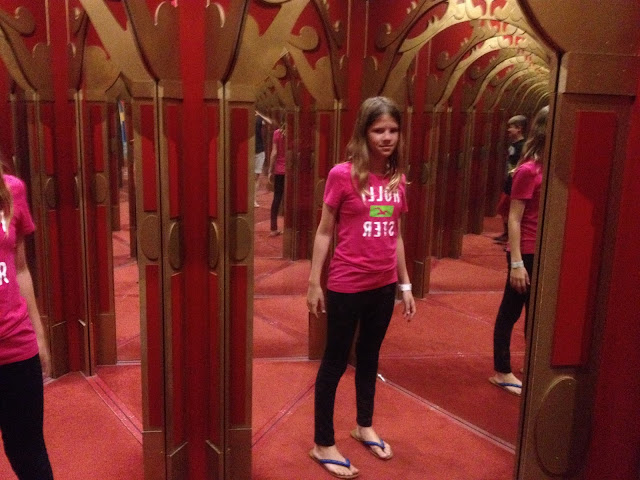 Emily and I enjoyed a two day orientation
at UK in June. 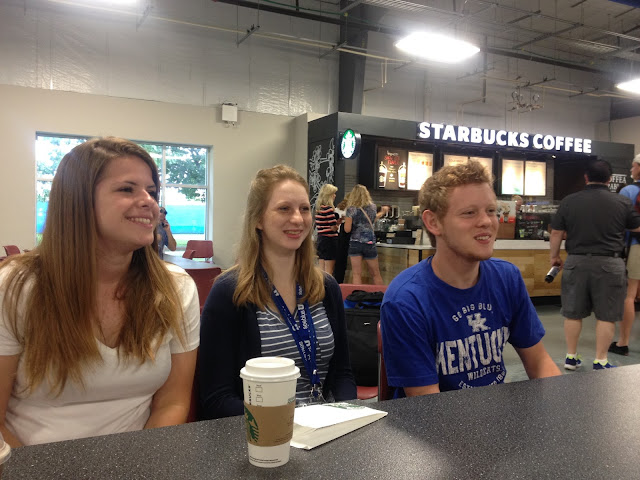 These two students were some of her first college friends.
Of course, they've drifted apart
as they've made other friends this semester.


I saw this view a lot this summer.
That's Emily up front. 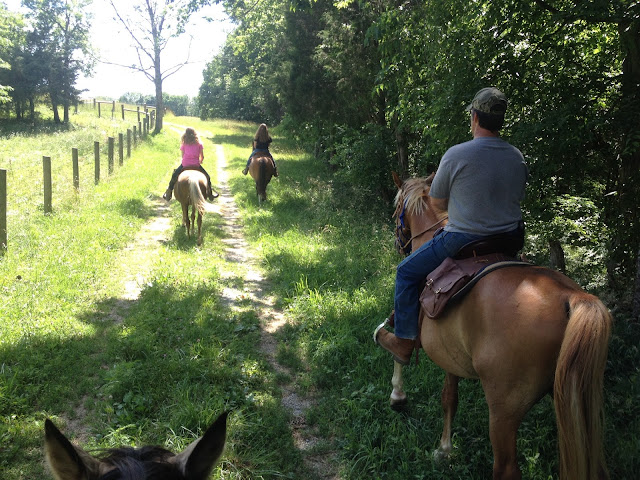 And this is what happened to Emily's car this summer. 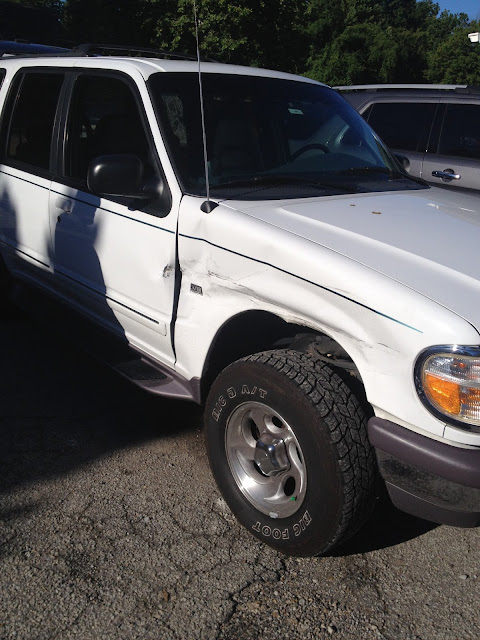 Thankfully no one was hurt.
It happened in a parking lot
when a guy backed into her car.

Being without a car for several weeks
while the Explorer was being repaired
meant John and Emily once again
had to share a car or resort to walking.

They survived.
And the car was returned looking as good as new.

Fun at the pool 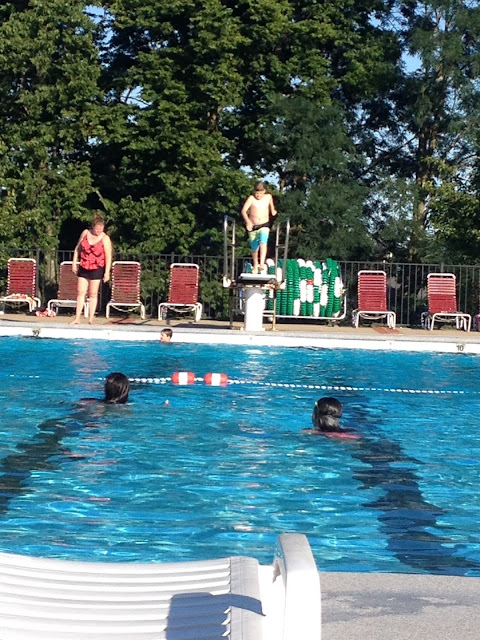 Celebrating the removal of his cast
with a first jump into the water in July.

We snuck in a couple trips
when everyone was able to swim together. 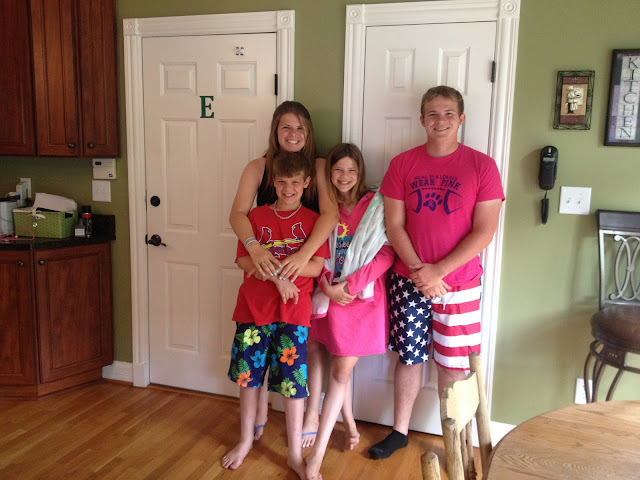 I'm sure this won't happen very often in years to come.

And fun at a friend's pool 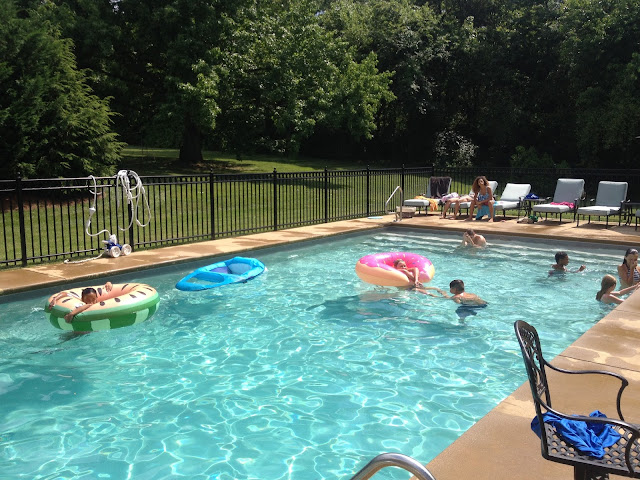 Water parks make for an exciting day with friends 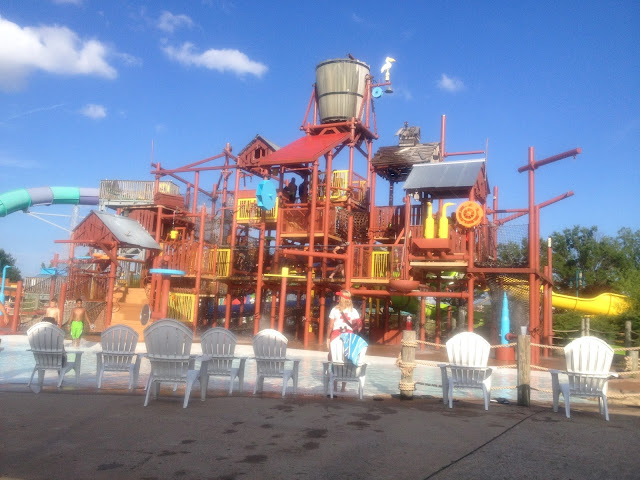 Loaded up with fireworksand headed to a party at the farm
for Fourth of July. 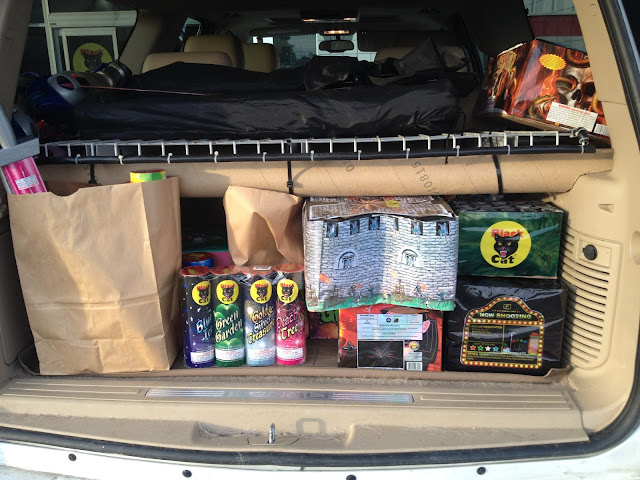 The city kids weren't very impressed with our fireworks,
but they LOVED the goat that was born early on the morning of the party. 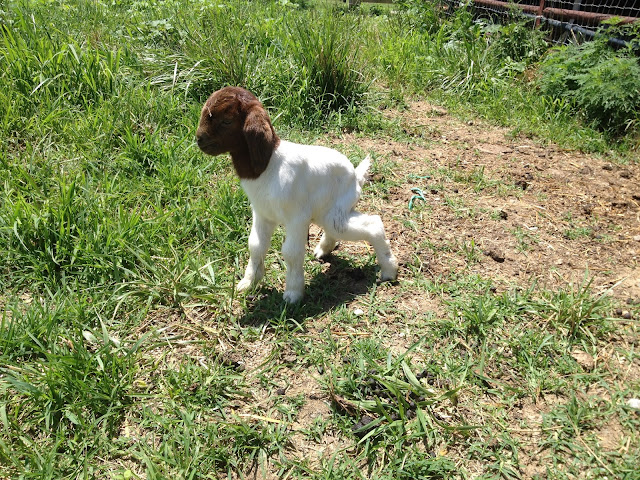 She was only a few hours old when this picture was taken.
I named her Betsy Ross.

And John entertained our friends
with the snake he found in the woods. 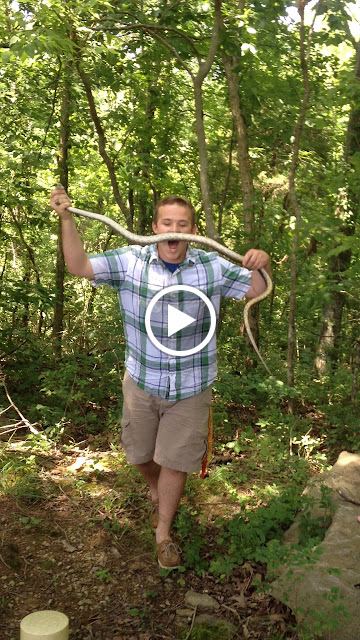 Some headed for the house
the instant they heard John caught a snake. 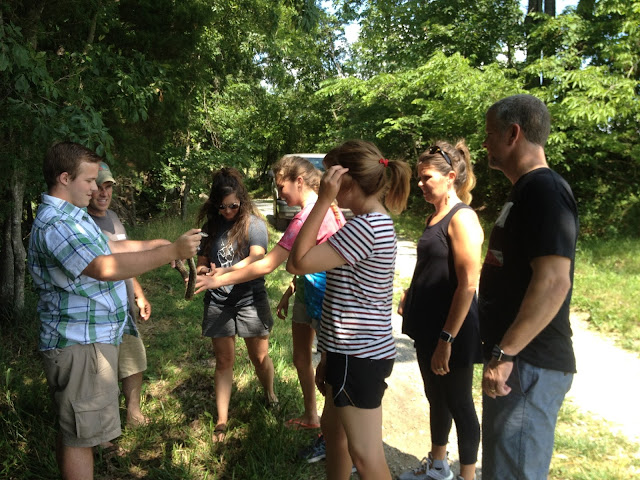 But others wanted a closer look.


Father's Day gift from us to David... 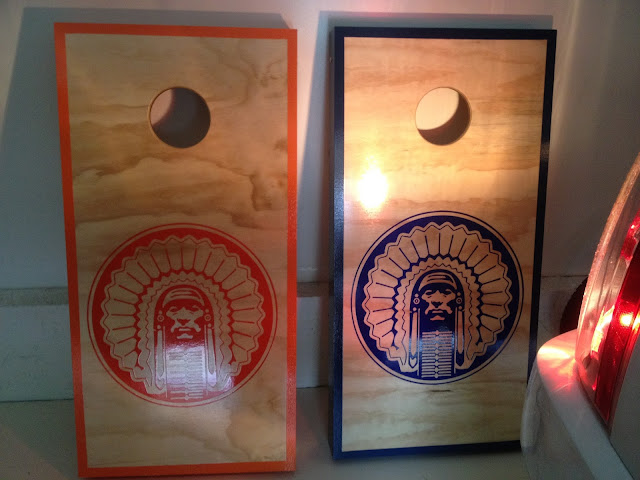 Okay.  Sorry for the lack of posts.  I think my computer is fixed.  Again.

Hopefully I can work on catching up again!