The Good And The Bad 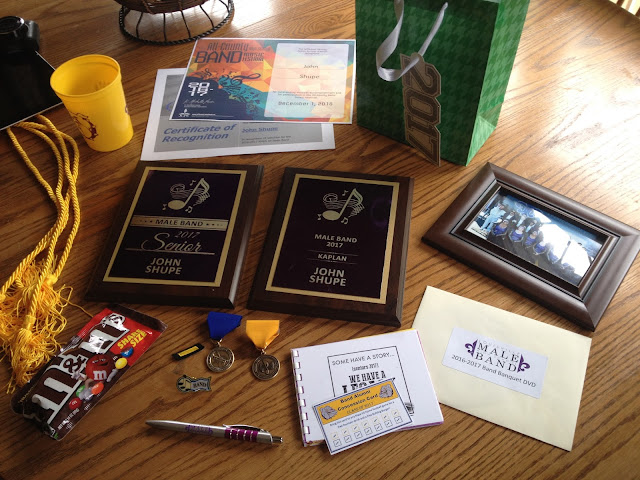 They received awards as pictures, cups, pens and even money!

But who ever heard of a graduation award
given in the form of M & M's?! 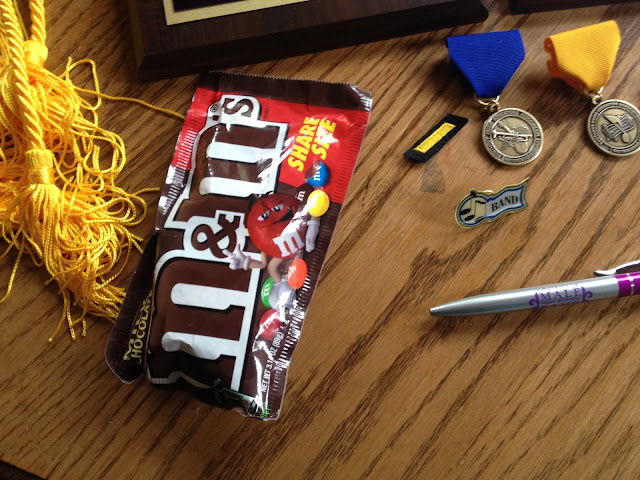 Not sure what that prize was for,
but John sure enough got a bag at graduation...

and it was the BIG bag too!

I think their favorite keepsake from graduation
was the one their parents gave to them. 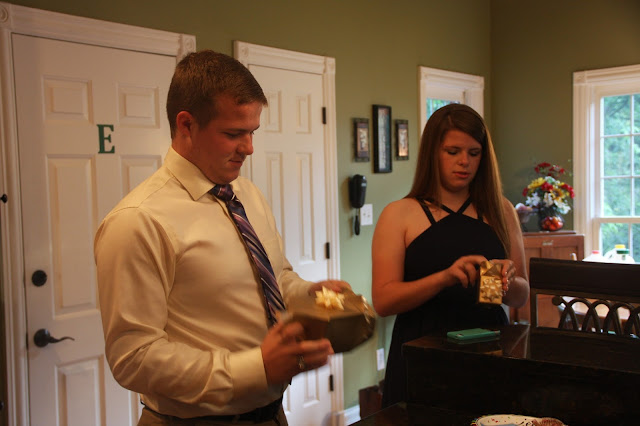 Neither of them knew what their gift would be. 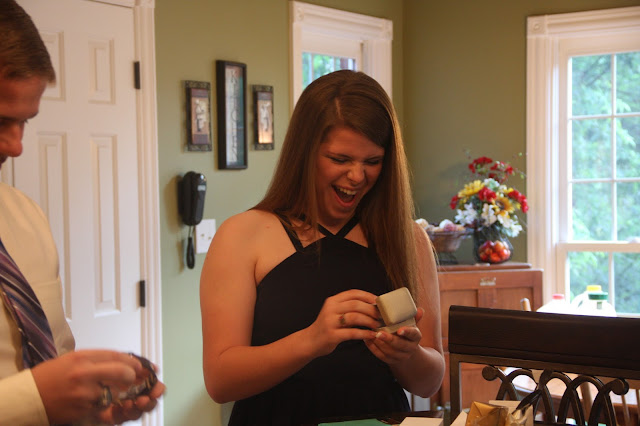 John received a nice watch, and Emily got diamond earrings. 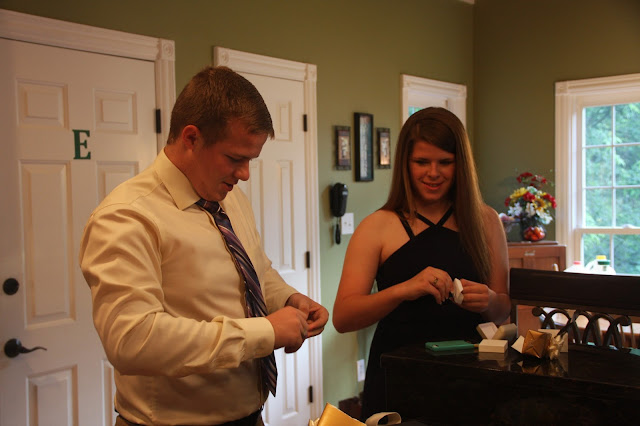 I hope they can look at their gift for many years to come
and remember what a significant milestone this was in their lives.

It might not have held the sentimental significance as their gifts,
but their graduation cake was a very tasty way
to celebrate their achievements too. 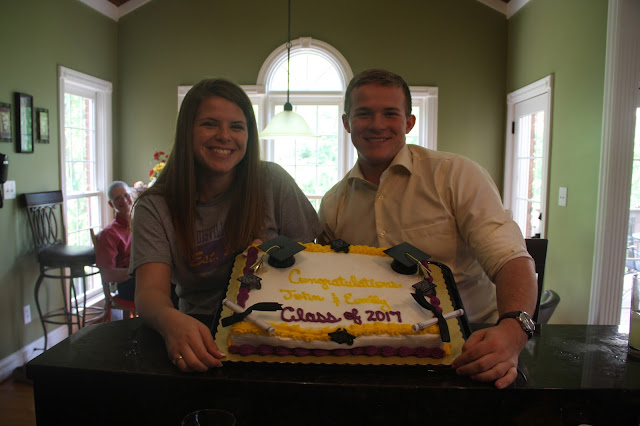 This picture makes it seem as if these two actually like each other. 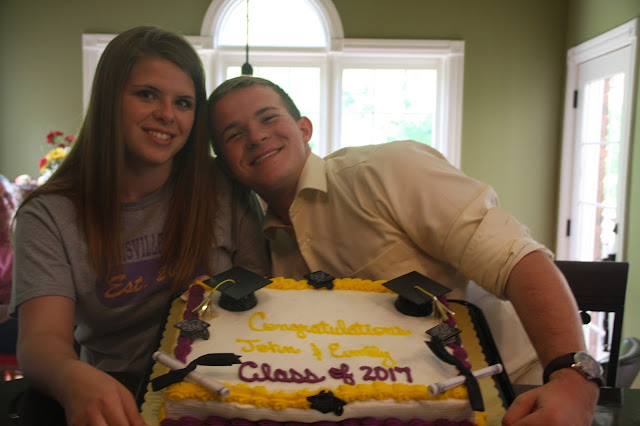 The best part of the celebration was being able to share it with family.
It was fun having so many here to share the big day.

After so much fun and celebration,
it was quite a sudden turn of events
when Grant stole the show that afternoon. 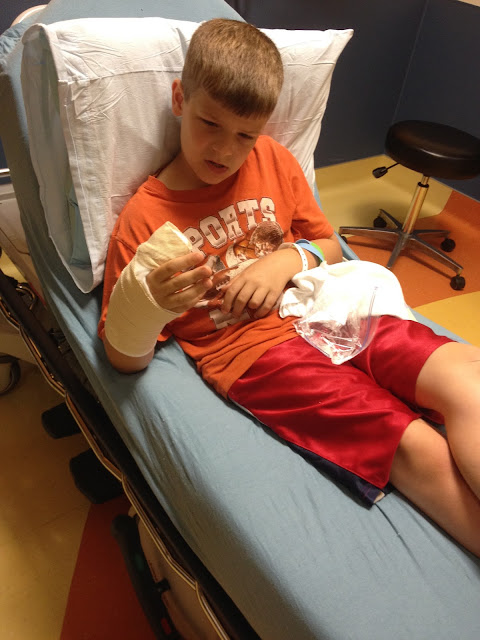 He was so excited because graduation day also happened to be
opening day at the pool.

After lunch, he rode his bicycle to the pool to see if his friends were there.
But he never actually made it to the pool. 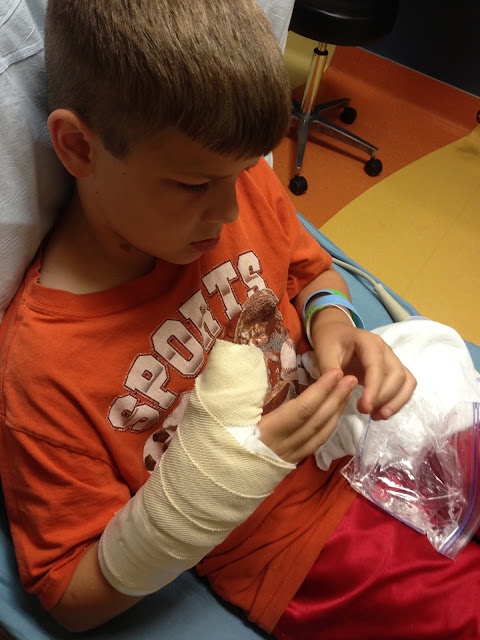 Instead, a neighbor found him lying on the sidewalk after his bicycle broke.
And, sadly, his bicycle was not the only thing broken. 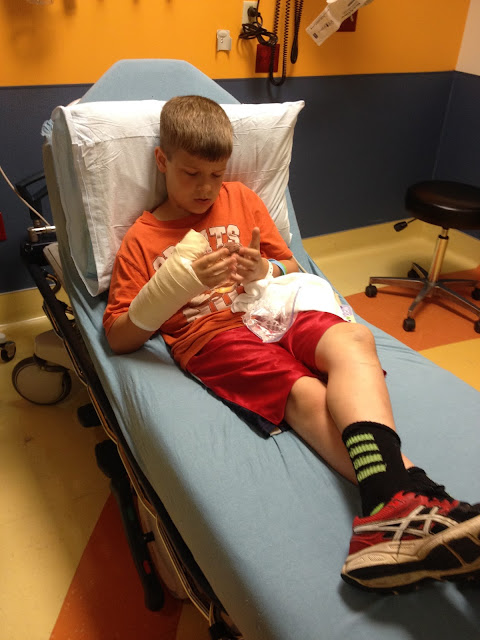 So was his thumb. 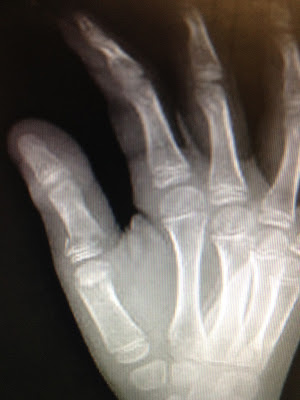 Grant spent the first half of summer with his hand in a cast
and unable to get in the pool. 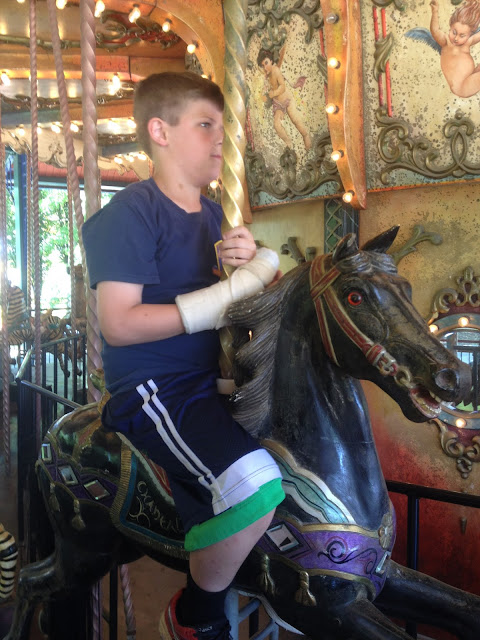 We spent a lot of time at the zoo
and at the amusement park riding roller coasters. 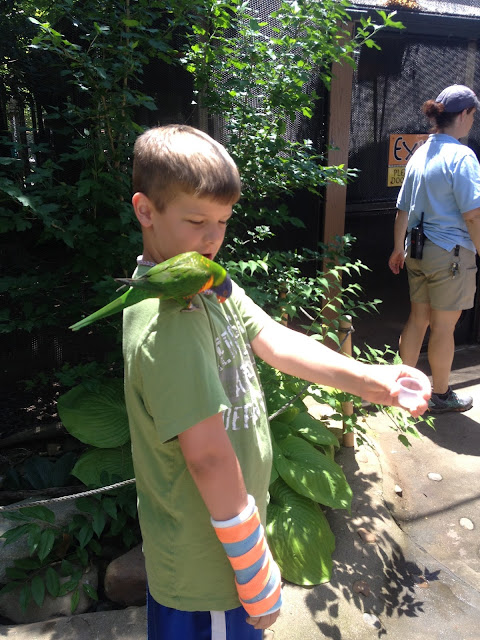 He said his thumb felt better when we ate at Steak N Shake. 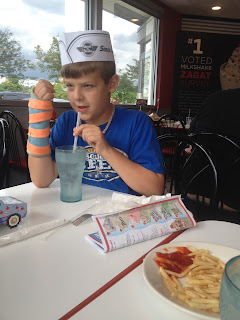 He also mentioned that cupcakes made his thumb feel better,
so we ate cupcakes too. 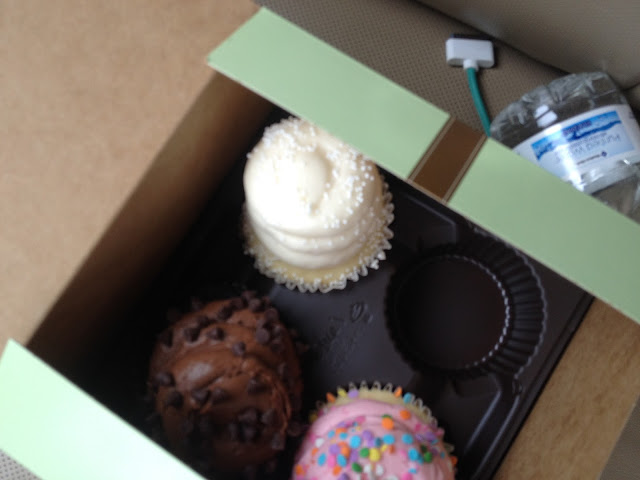 But after six weeks or so of exploring museums 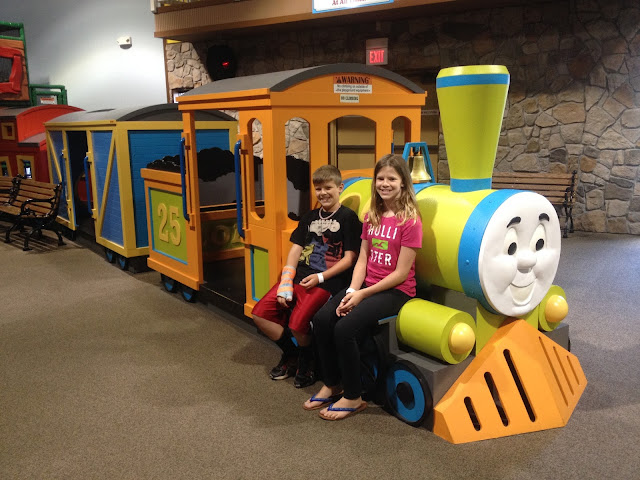 and other non-water places.... 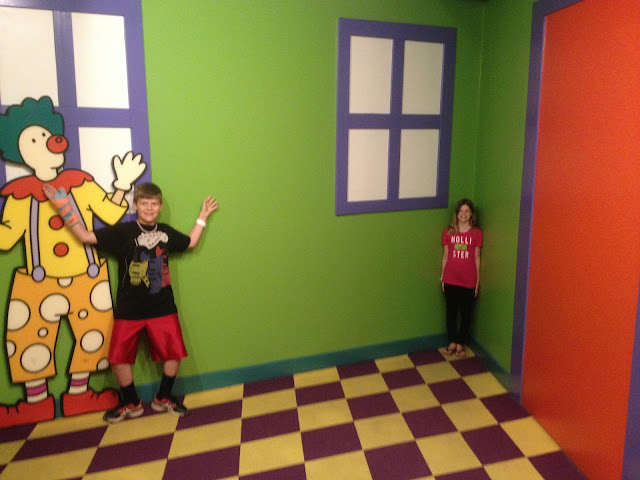 it was once again time to head off to the pool. 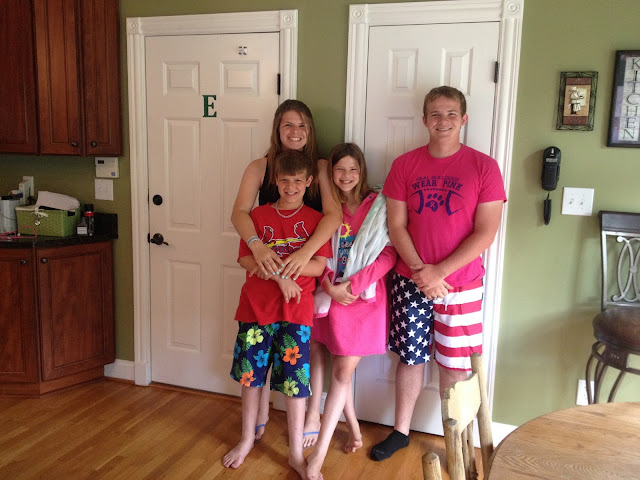 Only this time we rode in the car...
so as not to break another bone getting there!