There is a horse barn near the farm where you can pay to trail ride on their property.  David and I have been there before.
They agreed to let Emily trail ride with me even though she did not meet the minimum age of twelve.  The reason they let her ride was because she's had lessons for four years now.
I have no pictures of the horse trail riding trip with her, but it was very enjoyable and a pretty evening for a ride.  My daughter fell in love with western style riding too which is perfectly wonderful news to me. We got to ride Tenessee Walking Horses which are a little different to ride than a quarter horse, but once comfortable with the new gait, they were so much fun.  We walked and cantered and galloped all over their property through creeks and pastures and timber.  I think Emily loved it, and so did her mother.
Anyway, all that to say........
The guy who was our guide on our ride informed me that hedge apples were actually called by another name, Osage Oranges.  He was filling me in on the history of the Lewis and Clark team and how they are sometimes credited with introducing the trees throughout this part of the United States. 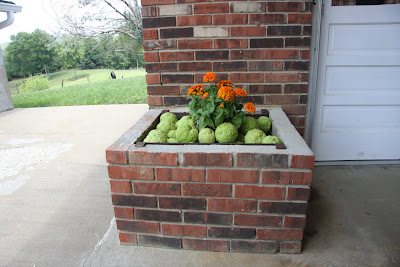 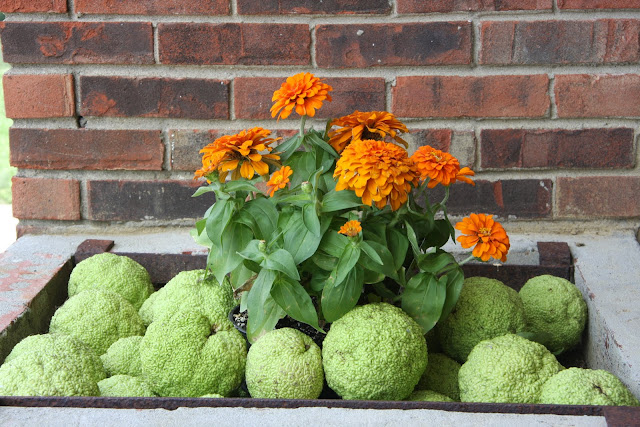 I just thought they stink a lot and that they are supposed to keep spiders away.  We have lots of spiders out there, so I figured I'd give the kids a project.
They walked back to where some hedge apple trees had already dropped their fruit.  They dumped the hedge apple here to await being placed in the appropriate 'anti-spider' locations when we left the farm. 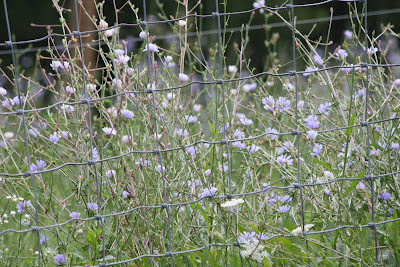 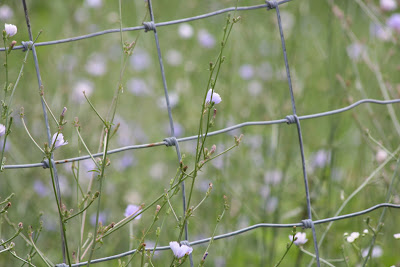 These little purple guys grow all over our pasture where it isn't kept mowed.  They are so bright and pretty of a morning when they are fully open.  It is a purple haze of flowers for an hour or so. 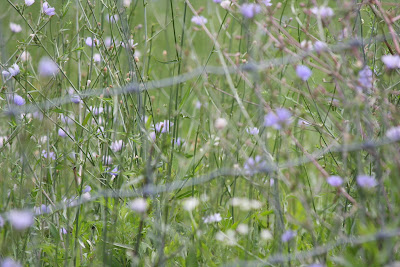 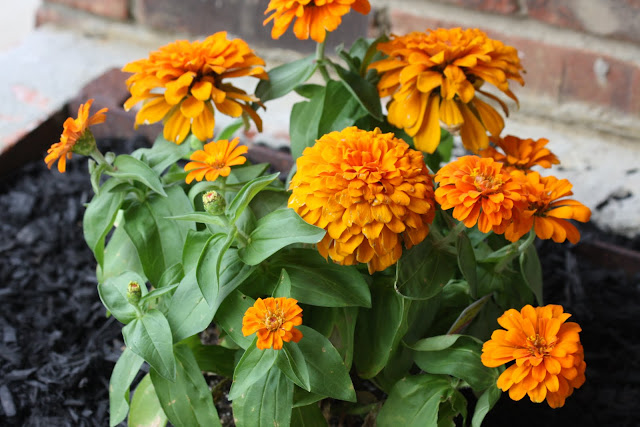 The Zinnias were Grace's pick.  I knew they would not live once we left the farm so we stuck them in the cistern by the back door until we were ready to leave.  She loves flowers!  Every time we go to Wal-Mart or Lowe's she is begging to go to the garden section and look at flowers. 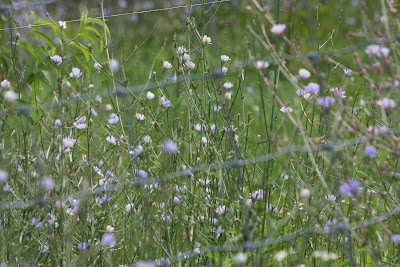 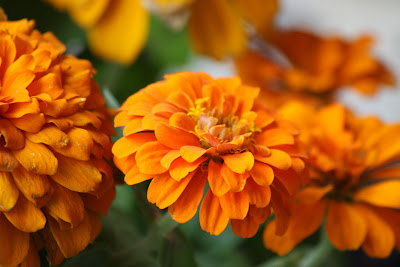 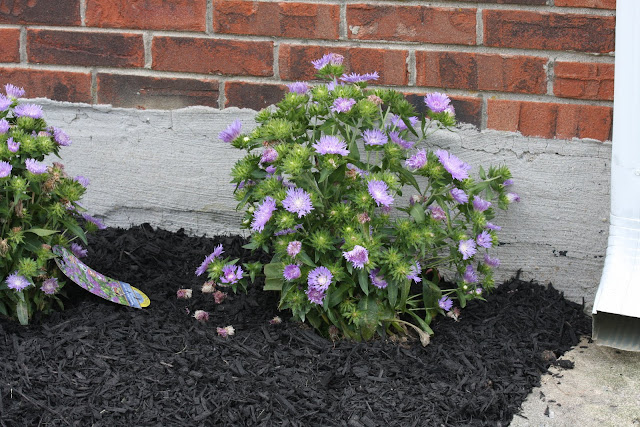 And these sorry looking fellows were the last ones planted in our flower beds around the house.  Grace again won the battle of the plants.  I would not have picked these for the low maintenance beds at the farm, but she insisited they were perfect.
How do you argue with the enthusiasm of a five year old?!
I just hope they live and I haven't wasted my money on them.
Posted by otherwise known as mom