101 - I wish I were talking about Dalmations

One hundred and one degrees today.....that was what my car thermometer said.
The weatherman said ninety-six degrees was the air temperature making it  feel like one hundred and fifteen.

I think  my car was right.


The kids were out selling snow cones.  They only lasted a couple hours in the heat.

Here's one of the signs they made to advertise their snow cone stand. 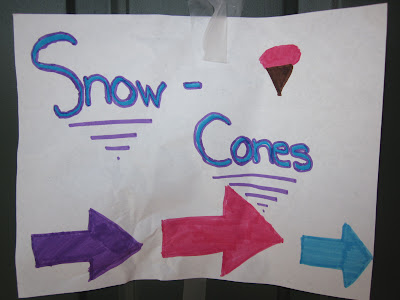 The big kids plus a neighbor were the ones selling.  They put the stand in Katie's yard since she's closer to the intersection. 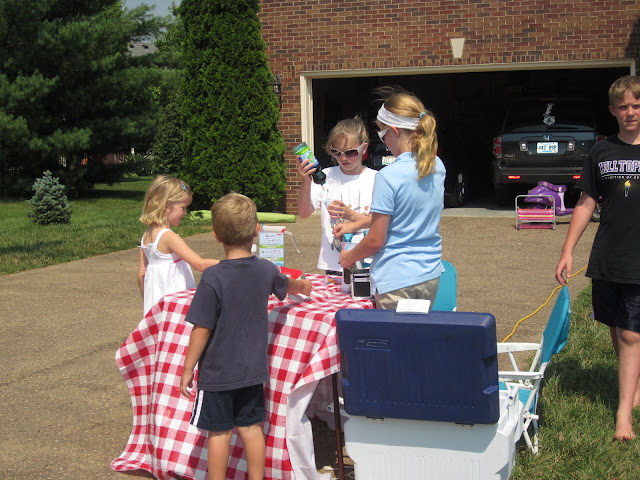 I think each one had made a few dollars by the time they got so hot they quit for the day. 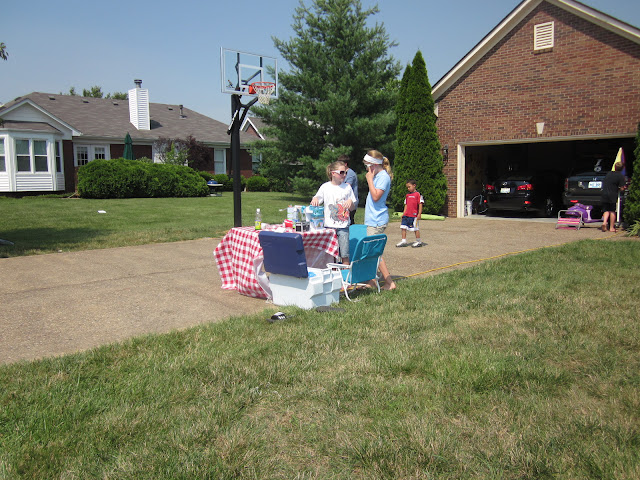 Here is a picture of their last two customers.  I made Grace and Grant stay inside for most of the afternoon.  It was just miserably hot. 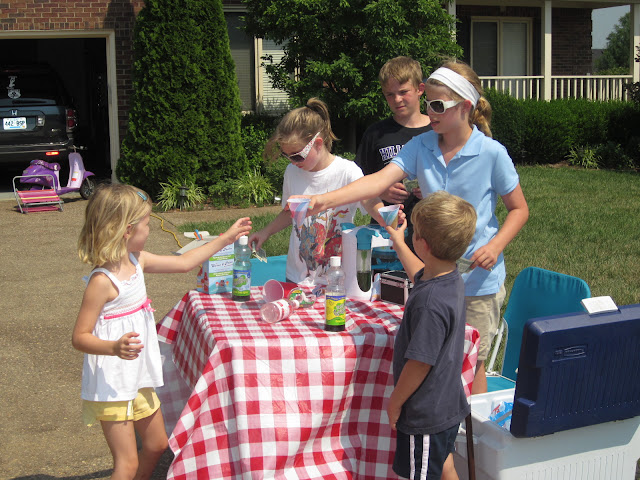 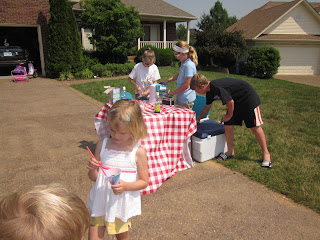 ^^^^^^^^^^^^^^^^^^^^^^^^^^^^^^^^^^
We ran to Target and bought school supplies yesterday.   All four kids are now school kids. That makes me sad. I am going to have a huge mental shift to make after twelve years of having at least one child tagging along with me all day long every day. I'm looking forward to the next part of parenting with bigger kids. I love my older kids at the age they are. It is such a fun time watching them change into more adult personalities.

I hauled her to the doctor on Tuesday and insisted they test her for strep even though the doctor insisted strep is not common in the summer.  He doesn't know us very well.

I silently celebrated just a little bit that I was right.  It wasn't our regular pediatrician, so  I'll give this guy a break since I don't see him on a regular basis.  Sometimes moms do know best though.

In a couple days Emily felt much better.

He started showing symptoms on Thursday, so back to the doctor we went.  He tested positive for strep as well, so we started the second kid on an antibiotic.

By Sunday, Grant was absolutely miserable.  He had never started feeling better and had almost constantly run a fever.  In addition he added a terrible cough to the symptom list.

I loaded him up once again and took him to a 'Doc-in-a-box' place Sunday afternoon to get checked.  The doctor gave him a new antibiotic and said it was bronchitis in addition to the strep.

Now today Grace is the one seriously crouping around.  She's not feeling good at all right now.  I'm guessing by Wednesday it will be her turn to see a doctor.

My kids have done a lot of sitting, sleeping and TV watching this week.  Today was a good day to be miserably hot outside.  It meant there was no guilt for sitting inside a good portion of the day doing nothing.

It's a cool ninety-two degrees outside right now.  Maybe I'll go sit on my front porch and sweat for a while. I can pretend I'm in some luxurious sauna somewhere.

Then again maybe I'll just go upstairs and do laundry.