Recently I took three kids to the real zoo. 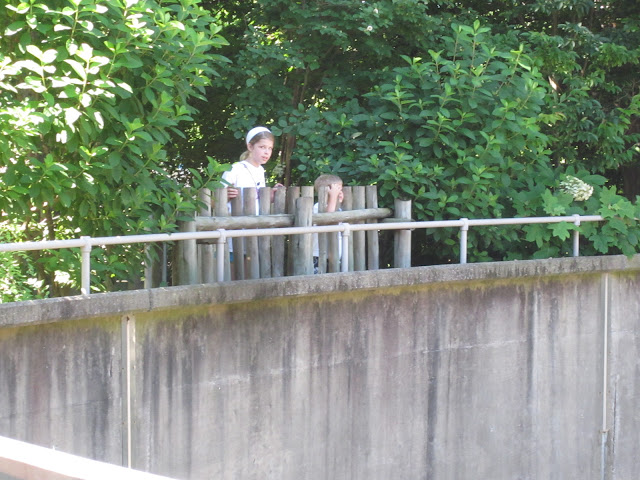 John was off doing other things so I loaded up the three that remained at home and headed off to visit the animals.
Tradition dictates that every trip to the zoo begins with a ride on the carousel. 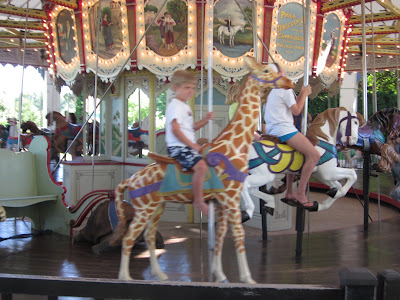 Each trip used to end with a ride on the train.
At least it did until the train derailed and crashed a few years ago.
As luck would have it, we had ridden the train that very afternoon only to turn on the local  news that evening and see the train we had been on lying on its side and ambulances carrying away injured passengers.
They've never reopened the train since the accident.
I really don't mind.
Carousel rides are much safer it would seem. 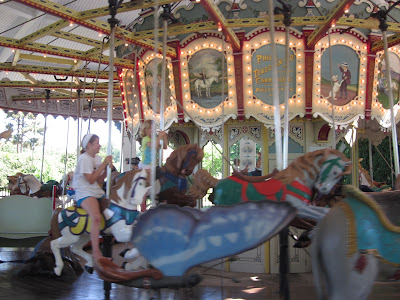 Then it was off to see the animals.
By now we have sort of a routine as to where we stop and what we see.
I'm just the escort.  The kids lead the way. 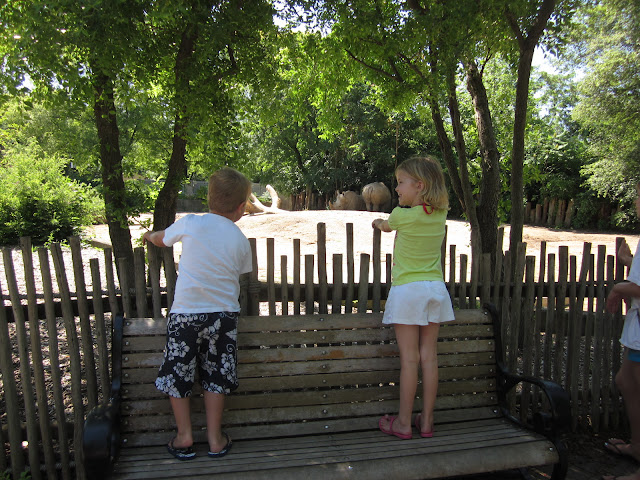 We did for the first time I can ever remember stop to see the animals in the petting zoo.
It's a bummer that Grace can read now......
she called me out on why I had never taken them into the petting zoo when the area was clearly labeled with a sign above the gate! 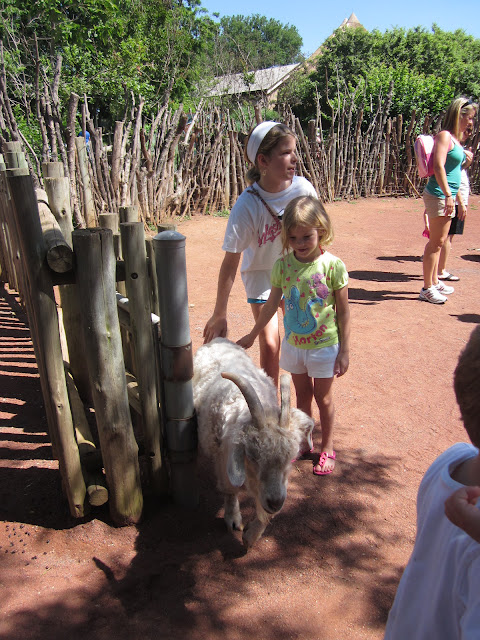 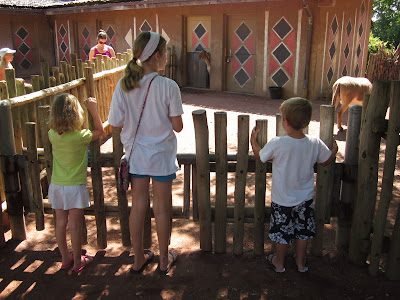 Note to self....take lots of hand sanitizer next trip.  Petting zoo animals are gross.
Emily taking a break from the heat..... 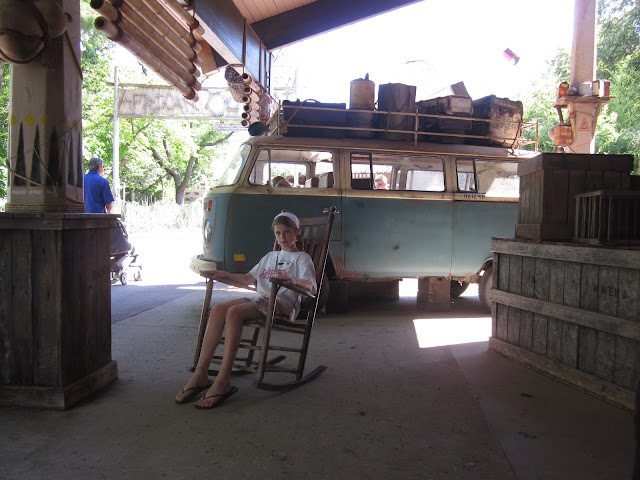 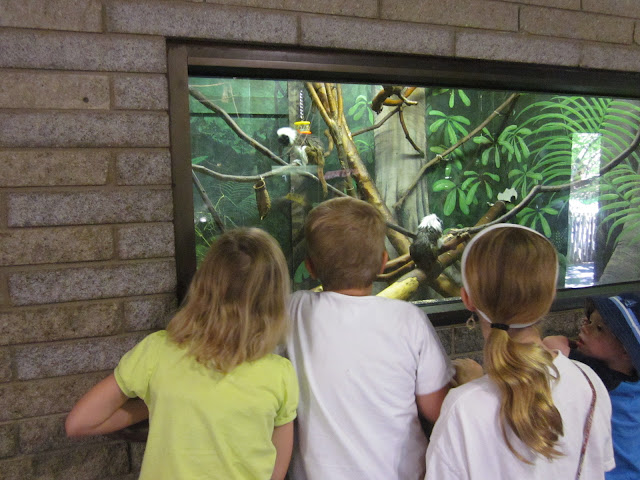 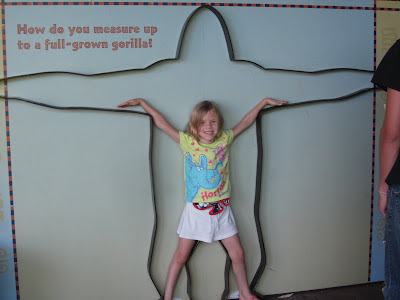 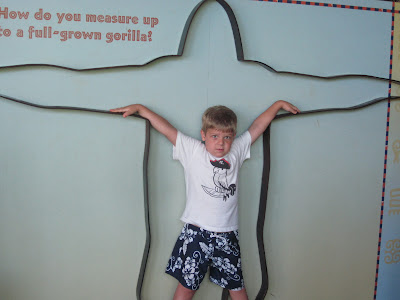 We consider this our family growth chart... I take pictures of the kids at the adult gorilla display.      It's a good way to check if they've grown any. Not surprising, they've never gotten any shorter!!
So another trip to the zoo has been successfully logged.
I don't figure the Shupes have too many more years of multiple trips in a year to the real zoo. In two short years all of my kids will soon be in school full time.
Then maybe, just maybe, this zookeeper can slow down a little bit.
I'm ready.
Posted by otherwise known as mom