Maestro in the Making

Maestro is the name I like to call John sometimes just for fun.
He loves music.....
......with a passion.
Here are the pictures (finally) from the camp he attended in June right after school was out.
The camp had around seventy-five kids that were invited to participate. 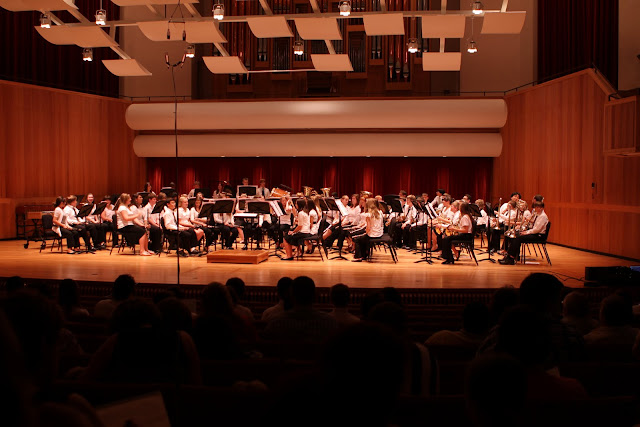 Out of twelve kids playing trumpet, John was placed in second chair.
If you look very closely at this picture you can see John standing in the center of the back row.  On John's left you can see the top of the head belonging to the (VERY SHORT) boy that played first chair trumpet.  The African-American boy is a drummer standing behind the trumpet players. 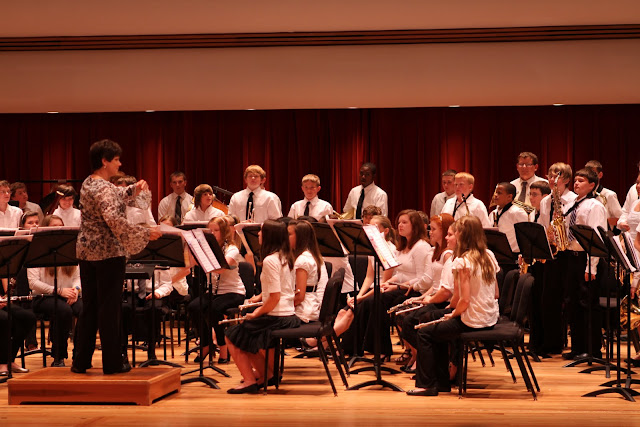 The boy that played first chair was so short because he was only nine years old.
I learned from his dad that he had played with this same group last year when he was eight years old.
So how did John get beaten by a nine year old?
The boy's dad is a professor of music at U of L.
The boy has been playing trumpet since he was four years old.
I think that makes it pretty okay to beaten by him.
But that doesn't change how fun it has been to tease John about it.
This is a picture of the little guy walking out ahead of John after the concert. 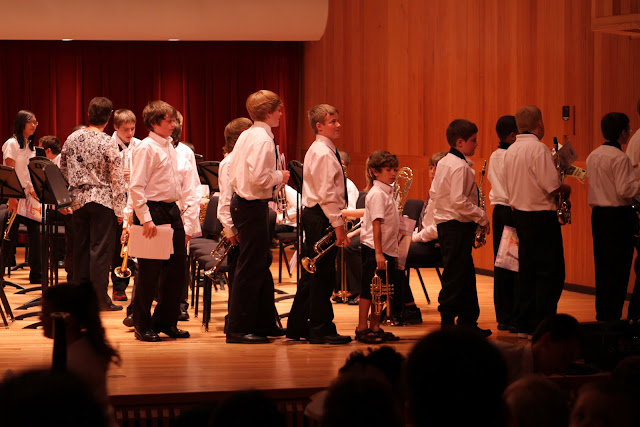 We'e had lots of fun teasing John about this little guy.
I tried to upload a video of one of his songs performed that night.
I failed.
Sorry.
Posted by otherwise known as mom