A few weeks ago a guy was out doing this to our puddle of scum pond..... 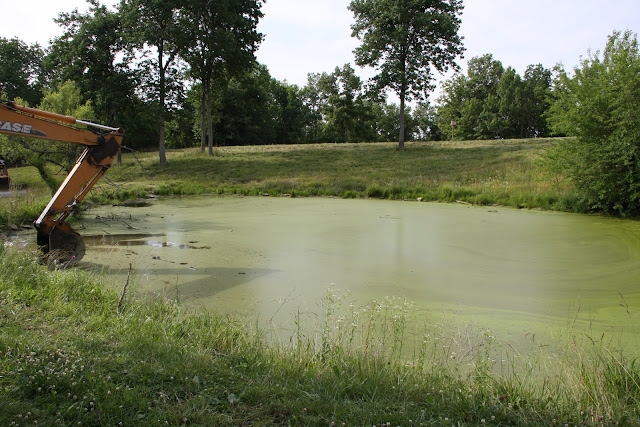 as water began pouring from the breach in the dam 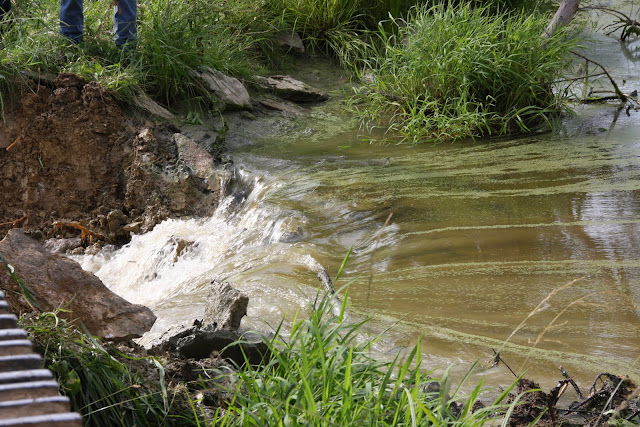 my kids stood by and watched excitedly while their dad caught them tiny squiggly things like this..... 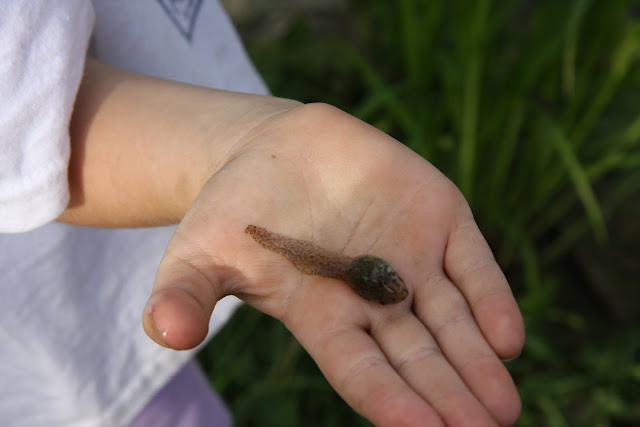 Yeah, it's gross.
BUT
the real fun came the next day when we had returned to town.
David went back to the farm to watch them begin dirt work on the new pond. 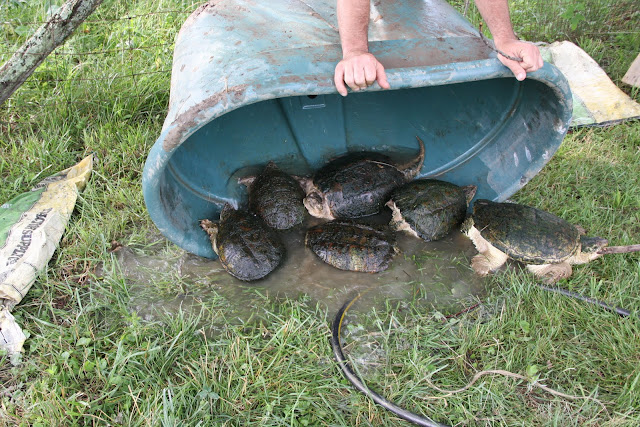 With much delight he slogged through the muck and mud that was all that remained of the old pond bottom. 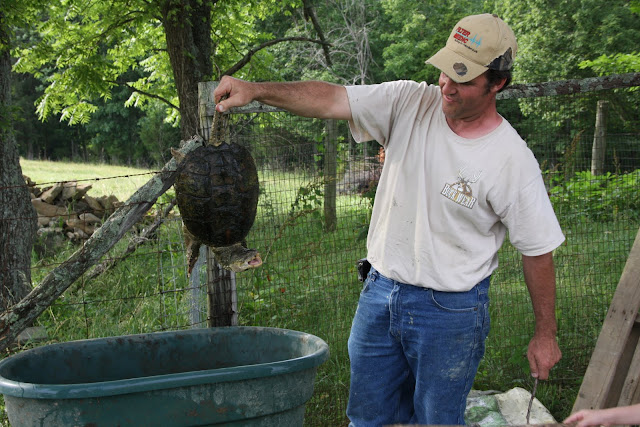 He produced a net total of seven snapping turtles for his trouble.
Boy, those things are mean!!!
Five have been turned into turtle BBQ for our family.
A couple still survive a rather tranquil life in a watering trough under a shade tree at the farm. 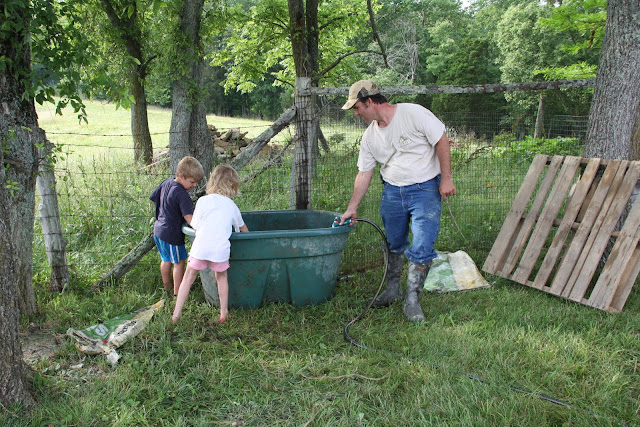 The kids find tormenting the turtles to be great sport....
Grace likes to play 'Poke the Turtle'.....a sweet little game involving a long stick and a very disgruntled turtle's nose..... 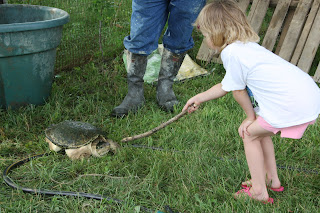 Grant prefers to play a game that is a new twist on the old game called
'Whack-a-mole'..... 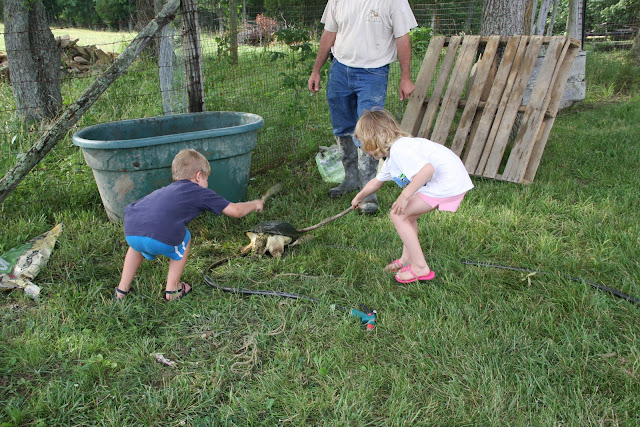 He prefers to call his new game
"Whack-a-snapper"
It requires a very long stick, a turtle shell occupied by one very angry turtle and plenty of space to run when the angry turtle in the shell goes after the boy with the stick.
Strategy of the game involves beating the turtle repeatedly then running.
Fun times I tell you.
Fun times.
Posted by otherwise known as mom