Grant is my math whiz.

Then my sixth grade spelling expertise kicked in and I figured it out.

I am rocket smart, huh??

Anyway, back to my mathematician math whiz..... 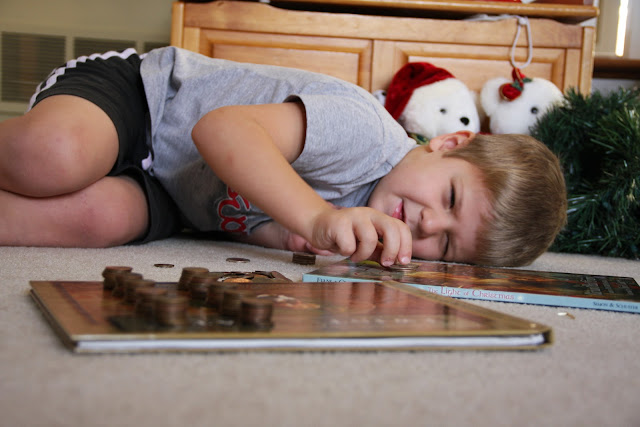 He can count past one hundred, count by 2's, 3's, or 10's, and does three digit addition (sometimes).
He is working his way through multiplication right now.
No he's not doing the times tables, but if asked how many would be in five groups of three, he can figure out the answer pretty quickly.

This was a picture of our afternoon a few weeks ago learning(him, not me) to count by ten. 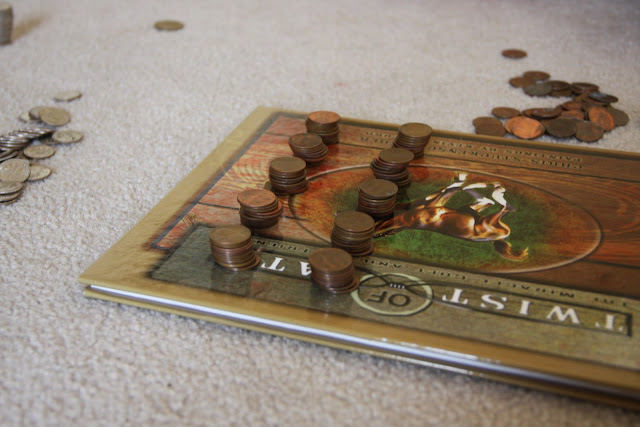 We then talked about the different coins that could be put in place of each stack.  The effort to explain the concept of carrying paper bills instead of a big bag of coins is a totally wasted effort.

Why would anyone want to carry paper when they can have ALL THESE COINS???? 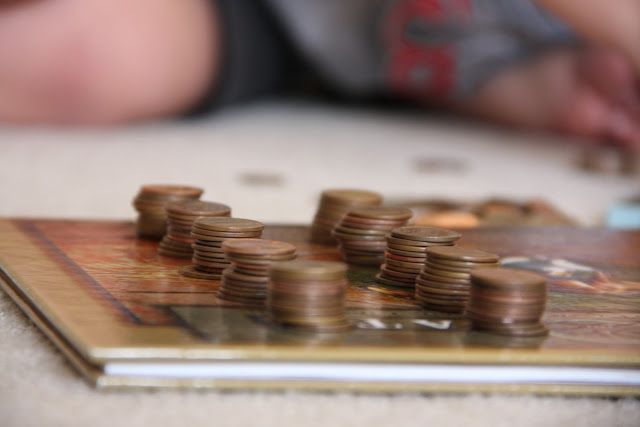 I figured why argue with four year old (it was before his birthday) logic??


David is feeling better tonight.  He's been parked on the couch today WAY more than normal, so I know he doesn't feel super great yet.

Emily and Grace have not gotten sick yet.

﻿
Can you guess what I'm predicting???  Hopefully not. Emily still has perfect attendance.

Emily had a sleepover last night at a friend's house.  The girls had a great time from the stories I'm hearing today.

After partying into the wee hours two nights in a row, I wonder how Emily will feel in the morning when the alarm blares in her ear at 5:30??