Saddle Up Your Horse!

I think she is by far the favorite of the kids.
Grant and Grace both ask to ride her often. 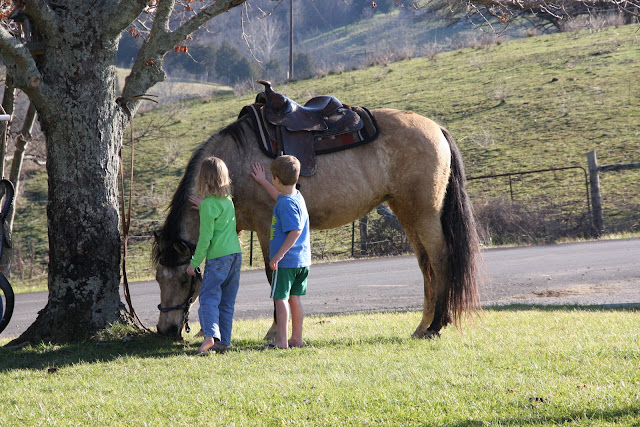 These are the two newest to the family.
They came to us with no names, so for quite some time we're referred to them as
Thing 1 and Thing 2. 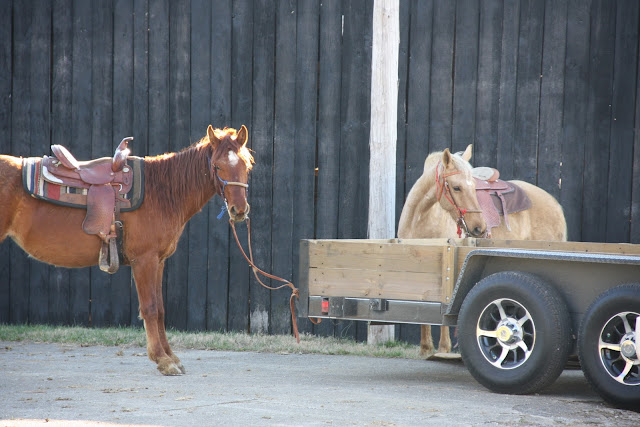 I think the kids have settled on calling this mare Juliet to complement one of the other horses named, of course, Romeo.

She's a sweet little mare.
Emily has been riding her the most. 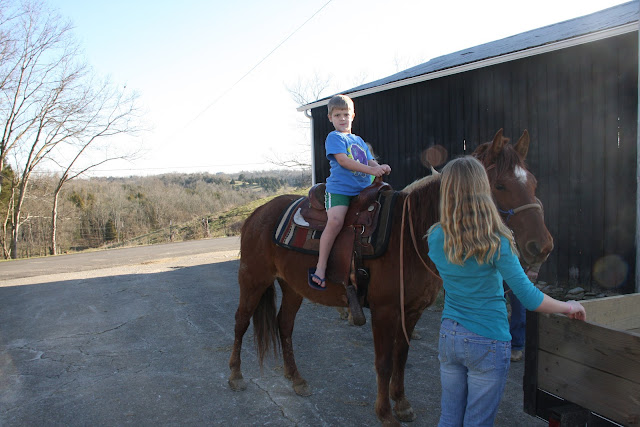 She would appear to have two speeds most of the time.... 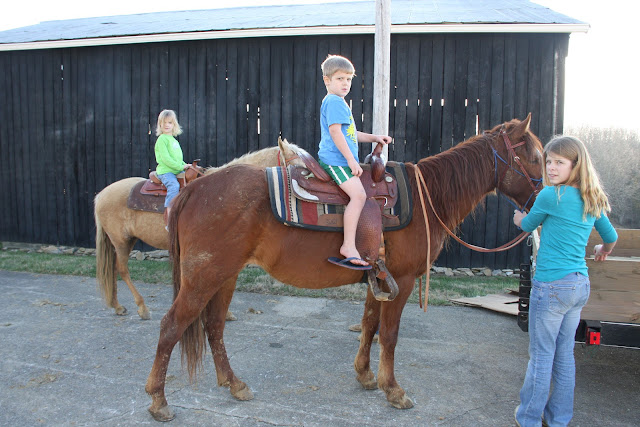 The palomino is another mare that is pretty small.
Both of these horses are fairly young too.  The guy we bought them from thought they were about five or six years old.

This one has now officially been named Whinny.  I thought she was going to be Sally (Grant's suggestion), but somehow that got replaced by Whinny in the final vote.

She has a little more life and spunk than Juliet.....but not much!
That makes them the perfect horses for kids to learn on! 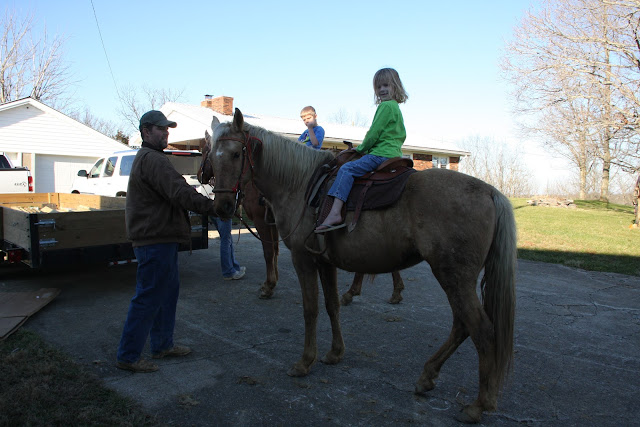 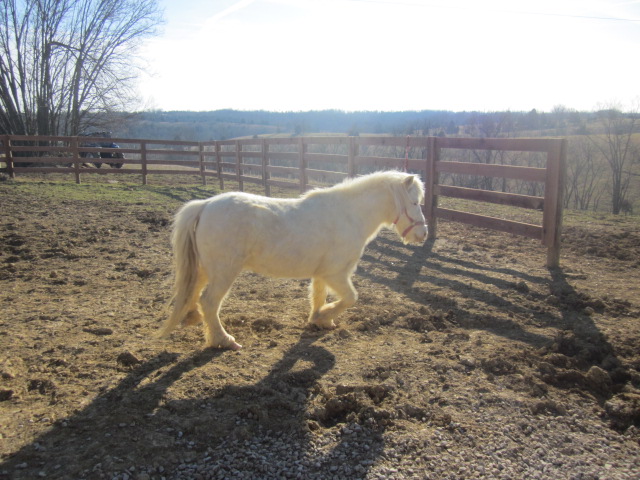 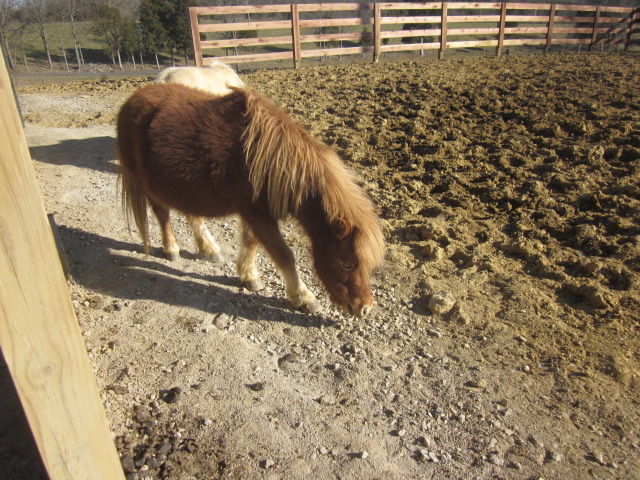 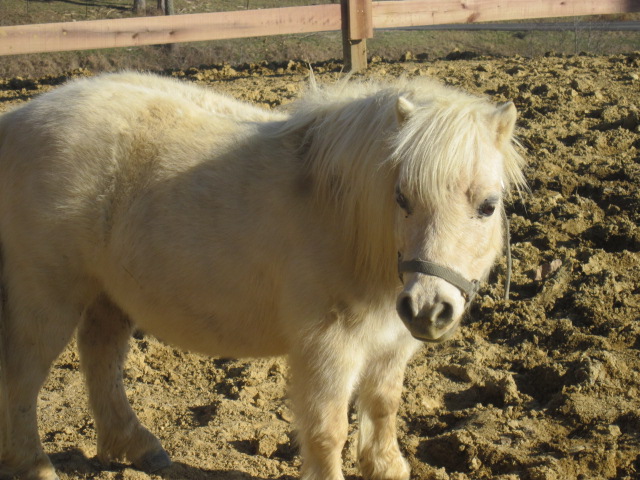 These three are more aptly known as The Three Stooges.

It's funny to watch them sidle up to the big horses who are all around sixteen hands or taller and start kicking at them.

My goodness, Butterscotch can't kick anything higher than their ankles!!
I'll give him credit for trying anyway.

Sunday we went out after church and rode for a few hours.
The kids are getting more and more comfortable in the saddle.
I would guess by springtime we'll let them take their horses out alone if they want to.

We did have a 'first' this weekend.

Someone (who shall remain nameless) wins the prize for being  the first family member to get bucked off.

Let's just say one of the horses hasn't been around too many blue tractors!
Horse and rider are both fine in spite of a bruised ego and maybe a sore leg.

Want to guess who?
Posted by otherwise known as mom