It Comes As No Surprise

I am neither shocked nor surprised at the unusual things I find on a daily basis at the zoo.

For instance, I considered it perfectly normal when I found a nerf water gun in my shower.  I didn't think twice when a few days later a golf club joined the water gun on the shower floor.  Doesn't everyone shower using a golf club and water gun?!

I know the water gun contained Grace's proprietary concoction of shampoo and conditioner.  She uses the gun as her personal dispenser.

The golf club?  I have no idea its contribution to the shower experience.  Neither do I intend to ask.


Upon investigating the strange noise coming from our half bath, I found one very terrified cat trying to escape a chamber of horrors.  SOMEONE (ahem, Grant) had shut the cat in the total darkness of the bathroom.  That alone would send the cat to the brink of insanity.  As some sort of twisted scientific experiment on cat trauma, SOMEONE (ahem, Grant again) placed a multi-colored disco ball in the very dark bathroom with the cat.  Red, blue and green lights were swirling crazily on bathroom walls and ceiling.  I did the math and figured out the poor cat had been in there for more than three hours.
Not a bit surprised.

Ranking even higher on the scale of strange-items-found-only-at-the-zoo was Grant's toothbrush.... 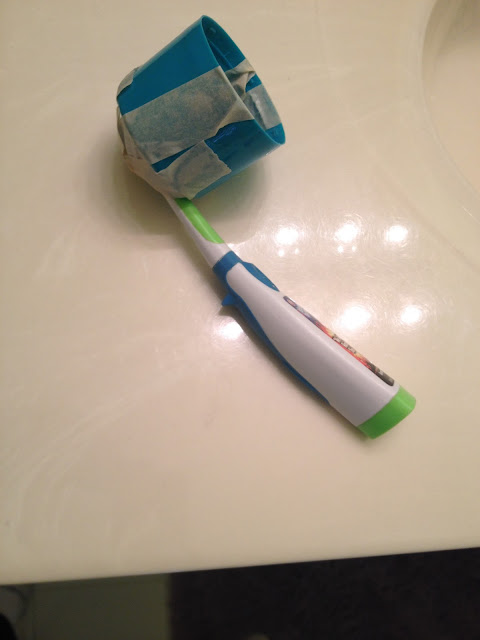 Instead of throwing out his old toothbrush, Grant taped the cap from an aerosol can onto the brush.

Instant speaker so he could hear his favorite song without having to put the toothbrush in his mouth.

Who needs iTunes when you have tooth tunes?

Puppet person made by Grace 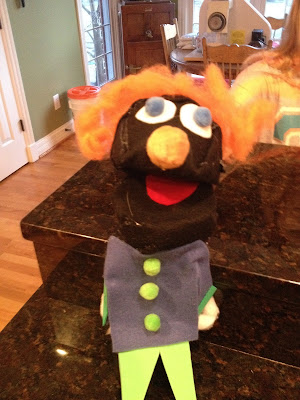 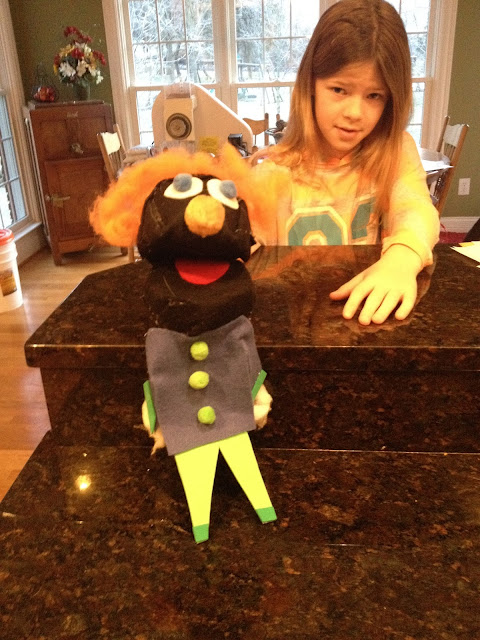 Friday field trip with some of the fifth graders.  These students are part of the student workforce at school.  They do jobs such as safety patrol, tutoring, cafeteria workers and office helpers.  We spent the day visiting the University of Louisville.  While there, we saw a dorm room, classrooms, the library and the recreation and fitness center.   Grace in in the center of this mob of students.  She is wearing a pink top.  Think of it as a Where's Waldo picture. 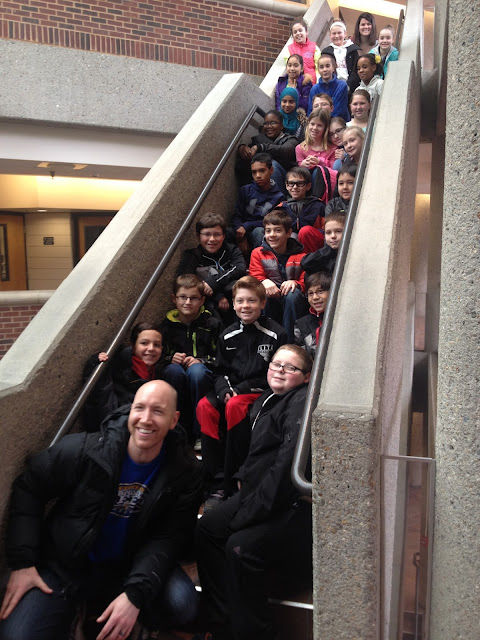 The highlight for most students was eating lunch in the college cafeteria.  Hey, they're fifth graders.  They are serious about their food. 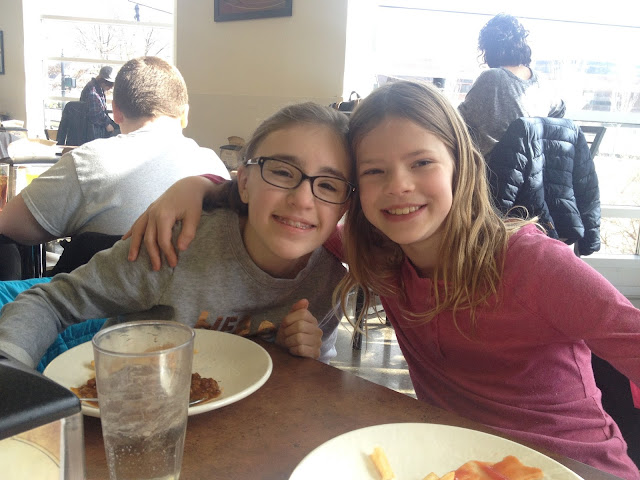 I am saddened to report that Grant did not make the school soccer team.

Secretly, I am quite okay with that development.  There will be a lot fewer nights involving soccer and a lot more playing time if Grant does YMCA soccer.
Posted by otherwise known as mom