Kids are pretty smart.  Especially when it comes to getting things they want. 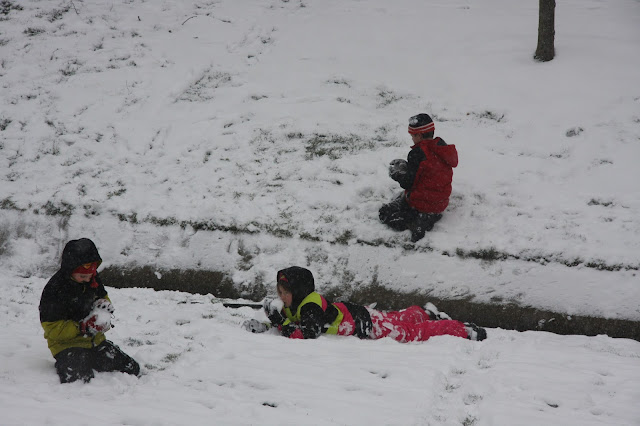 For a whole week these guys would get dressed and disappear for hours...presumably playing in the snow and sledding.

They would come inside red faced and cold wanting hot chocolate. 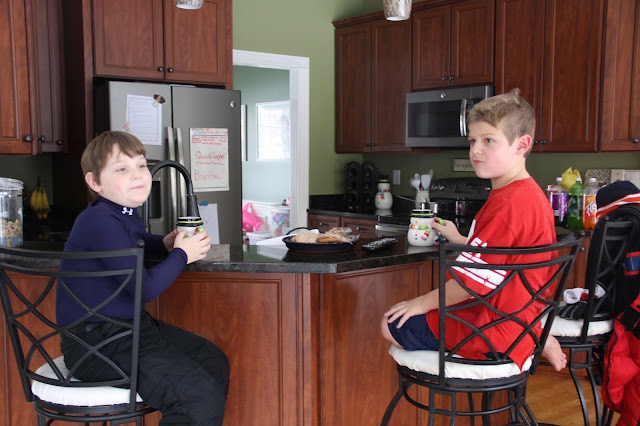 Of course, I would oblige and make some for them.  Then they would get dressed again and go back out to play.

I talked to Clay's mom after they had been doing this for a few days.  We compared stories and realized things didn't add up. 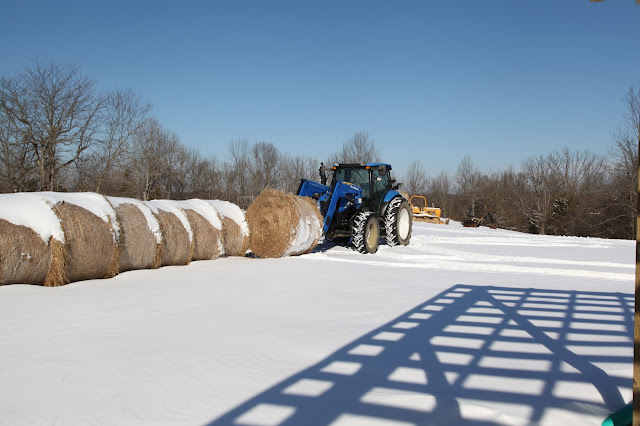 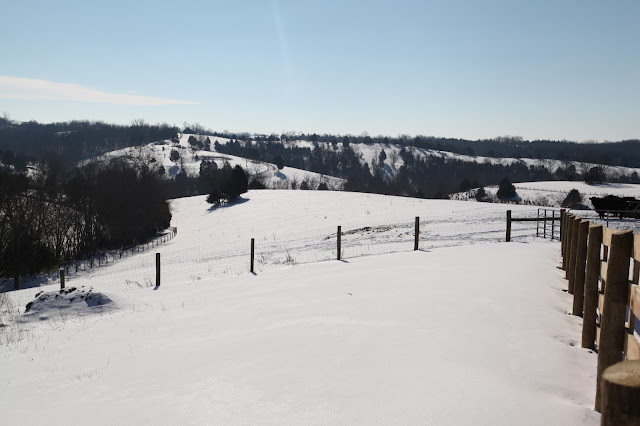 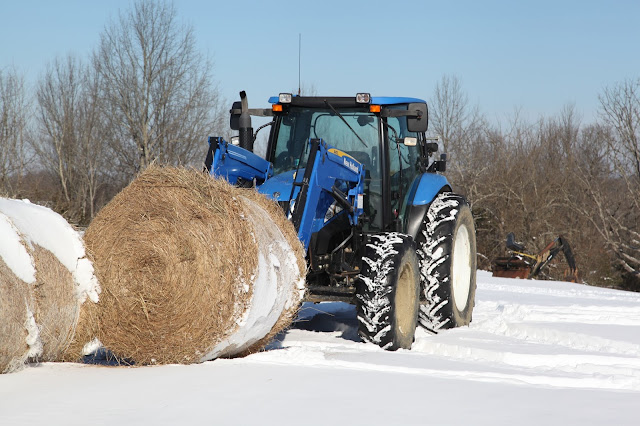 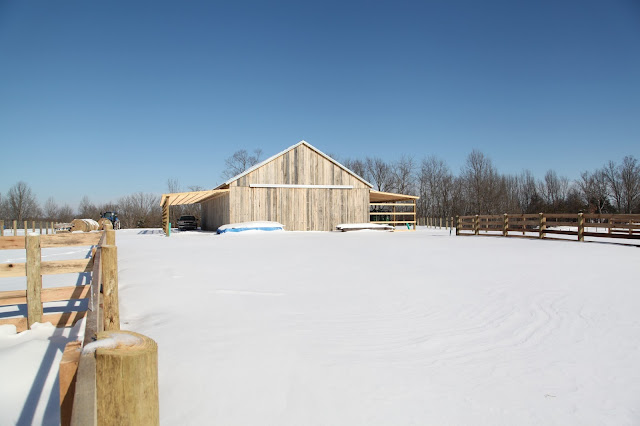 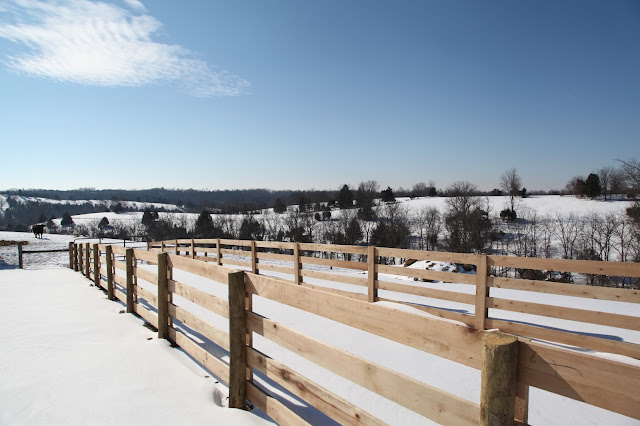 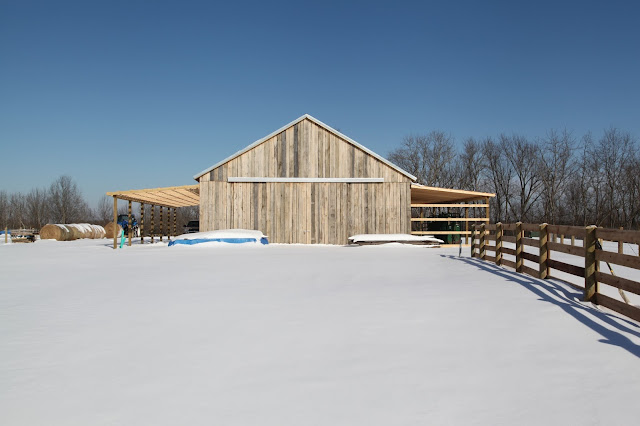 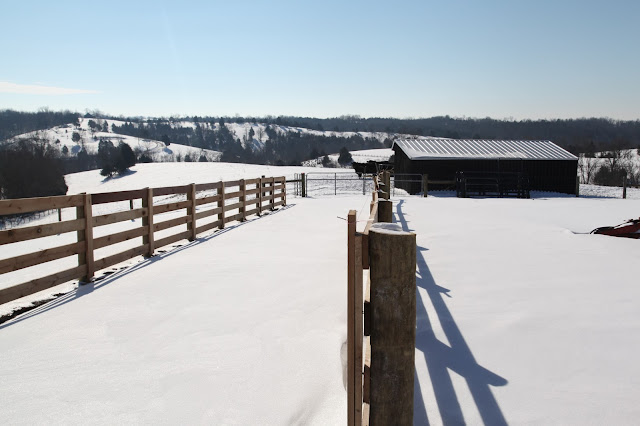 Not sure what he had been up to, but doesn't Remington look guilty?? 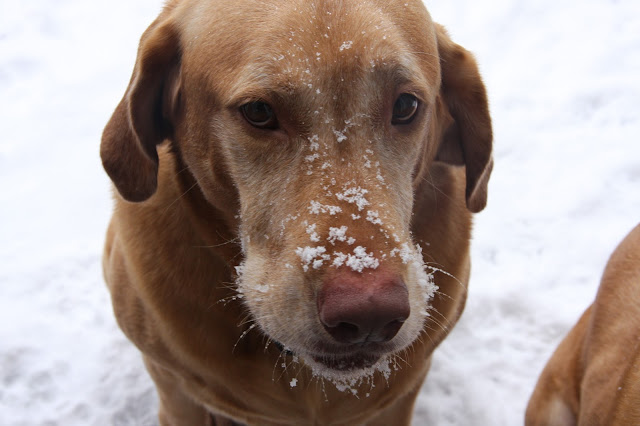 All walls are finished.  The only thing left outside is to put doors on the second lean-to.  That is going to be storage for now.  Probably keep cattle trailer and hay wagon or horse trailer in there.
The side with the end closed will be used to put the cattle working equipment.  It is done. 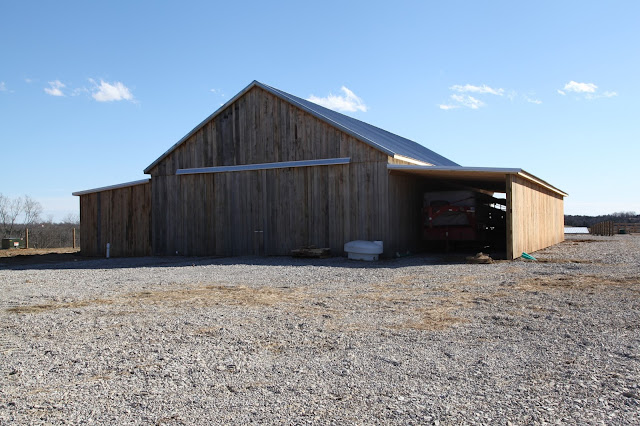