When you tell Grant to make an island showing geographic features using any theme he desires,
what would you expect him to pick other than fried chicken? 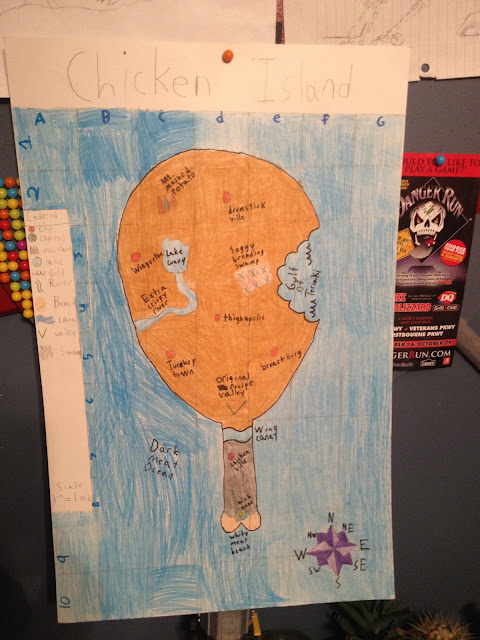 He had a lot of fun making it.  At least until it came time to color the entire board.
Can you tell where Mom came to the rescue and helped him finish the ocean?
Shhhhh, don't tell the teacher!  As if she couldn't tell by looking!


Also during fall break, we spent a beautiful morning enjoying the new and improved BMX track near our house.  The start gate is now twice the height it was before.  Turns are banked higher and hills are more aggressive.  I think it was almost more than a nine year old boy could handle, but he had fun trying. 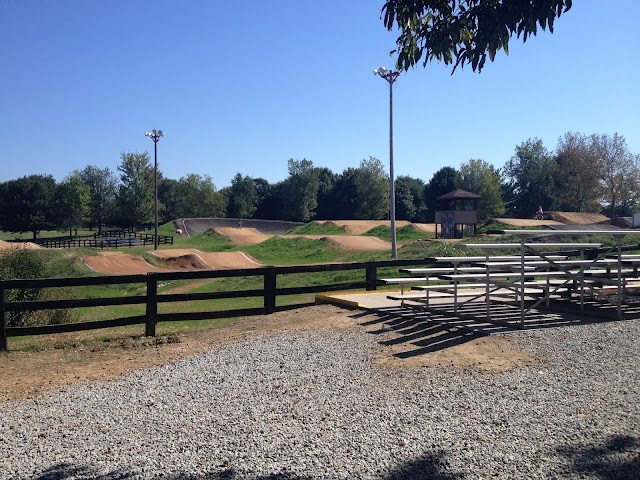 Grace took one lap around the new track and quickly decided she was done.  Wise girl. 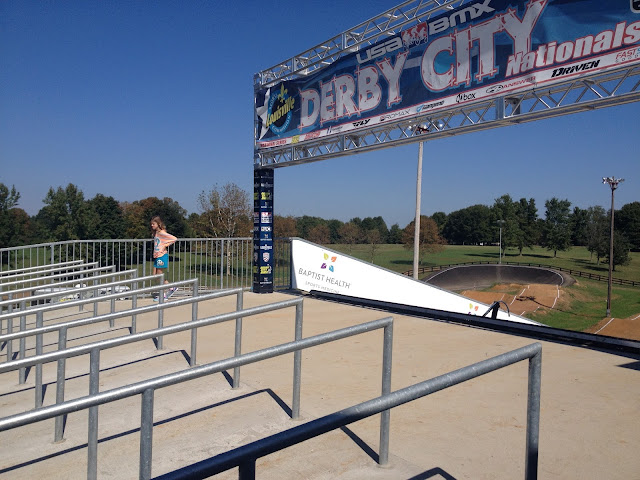 It wasn't until I was speaking with another biker that day that I realized how unique this track is.  Not only is it free and open to the public, but it is not that common for a city to have a track this large or well done.  So now I know!  I'll appreciate it a little more going forward.

We took one last (very cold) ski trip last weekend.  John went first.  He decided there was no need for a repeat performance and hung up his skis (so to speak) for the winter.

Then it was Grant's turn. 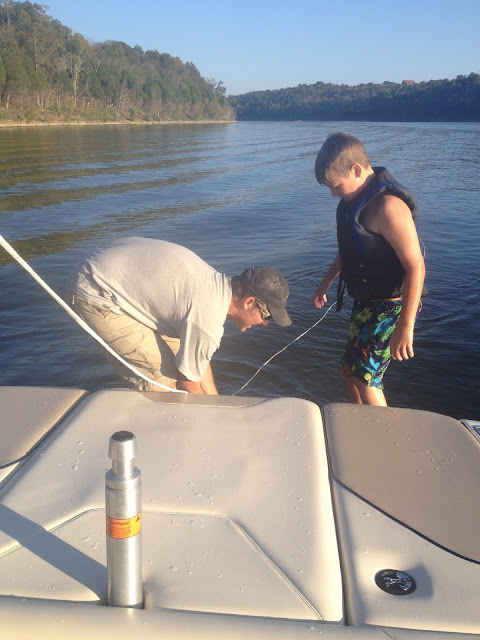 I believe Grant experienced a new definition of cold when David pushed him into the icy water. 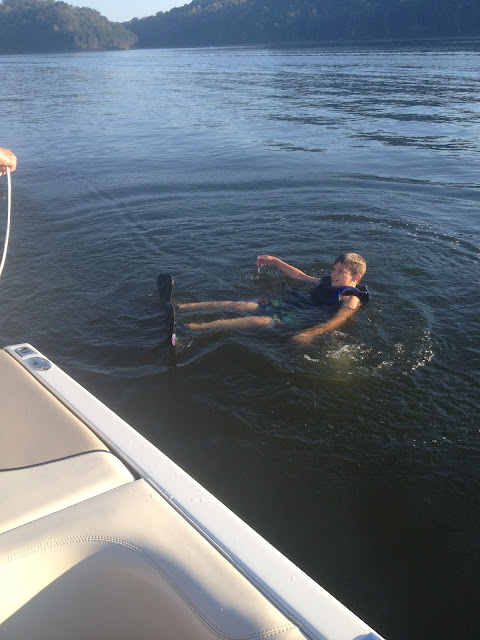 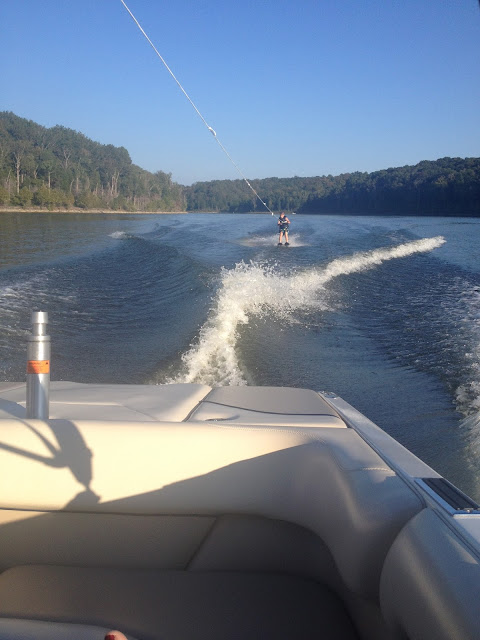 After about an hour of trying and failing, Grant managed to successfully cross the wake several times on his last pass.  Then he too hung up his skis for the winter.  I don't see any November ski trips penciled on the calendar.