Grant and I have interesting conversations early in the morning before school.  We have almost two hours from the time everyone else heads out the door until his bus comes.  We spend our mornings discussing such interesting things as his deep affection for Bella or why his science teacher is so mean.

We also eat breakfast together while watching the same Loony Tunes episode for what seems like the six hundredth time.  The other day I was teasing him because he has eaten the same thing for breakfast for approximately the same six hundred days he has watched Loony Tunes...or so it seems.

In no particular order, those four items are...


According to Grant, the food pyramid should contain only highly processed, colored and preserved foods.  Nothing natural.  Nothing healthy.  He often asks me why healthy foods have to taste so bad.  Where have I gone wrong with this kid?!

He spends way too much time negotiating the evening's menu with me in hopes of replacing something repulsive like spaghetti or chicken alfredo with his beloved nuggets or lunchables.

You have to admire that kind of commitment to hating my cooking.


Oh.  And I came home from Grace's bus stop Thursday morning to find Grant eating his standard chicken and biscuit sandwich while perched on top of my kitchen counter. 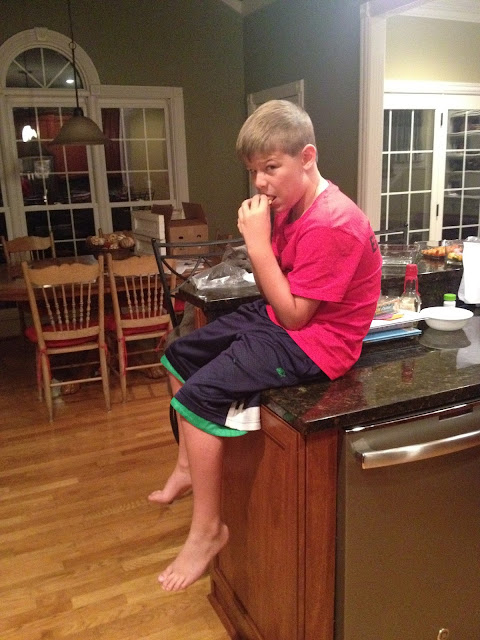 Why did he choose the counter to eat his chicken and biscuit??

Because he saw a spider.


I tried not to laugh at him.  But I wasn't very successful.  We spent the next thirty minutes searching the living room chair Grant hastily vacated when he spotted the offensive arachnid.  No luck. 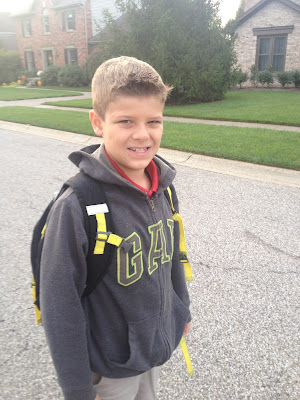 Yeah.  Go ahead and laugh.