Tumble in the Jungle

Saturday the 12th of March was Grace's Performance Day at gymnastics.
It was called Tumble in the Jungle.
The leotards were NOT intended to fit the theme.
Thank God.
They would have failed miserably.
Pictures from each of the four events.
Walking in with her team. 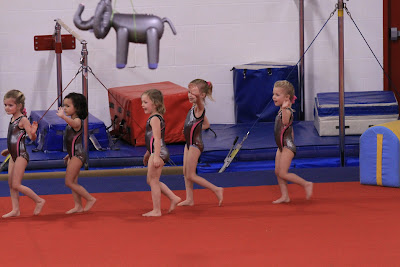 Let's get it started now!! 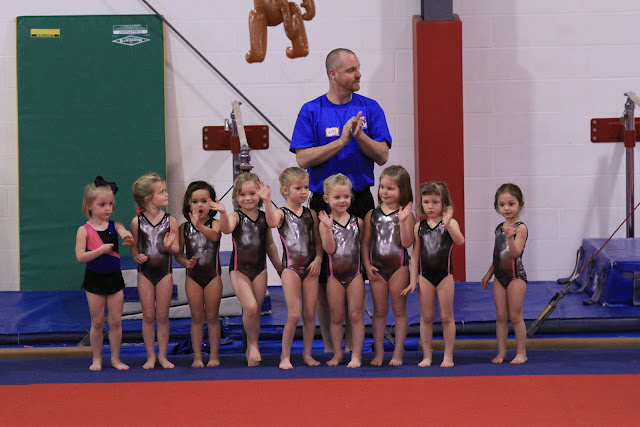 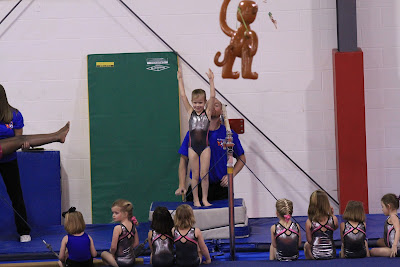 ready for the uneven bars.... 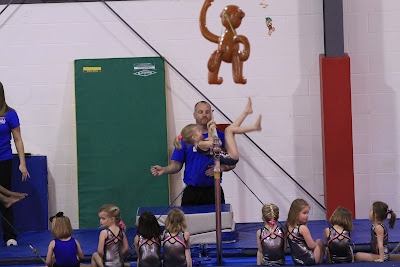 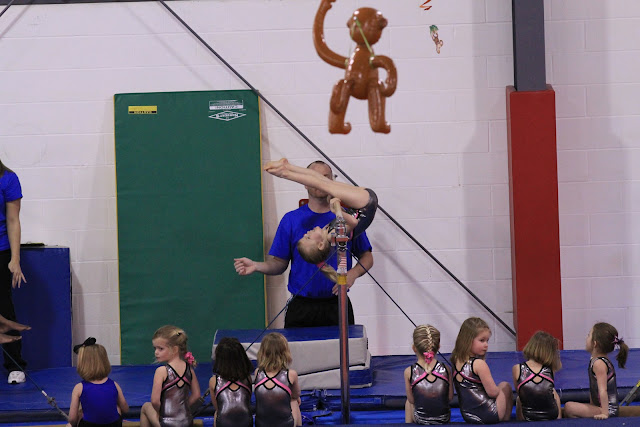 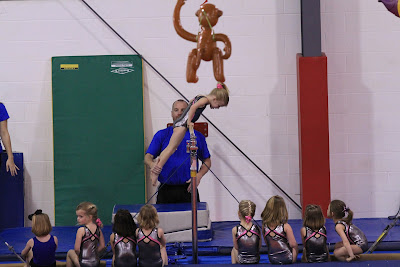 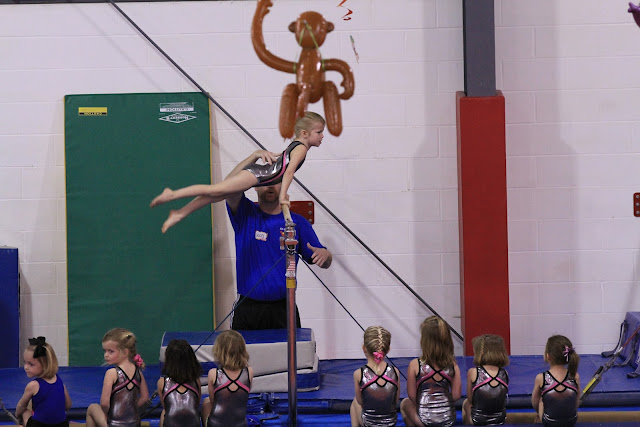 On to the next event...
the balance beam 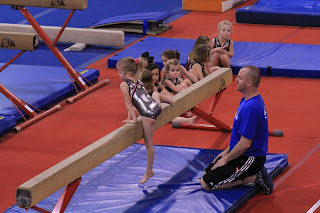 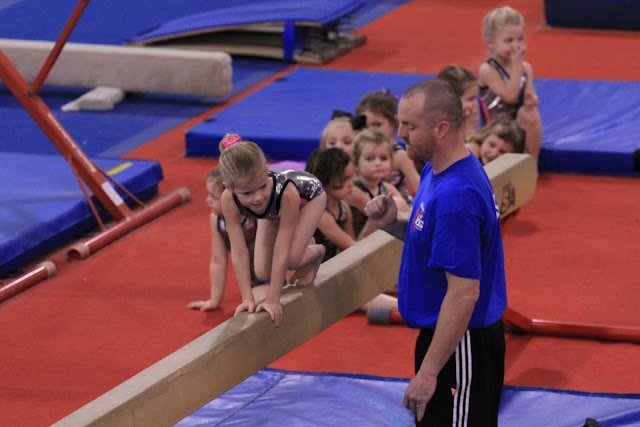 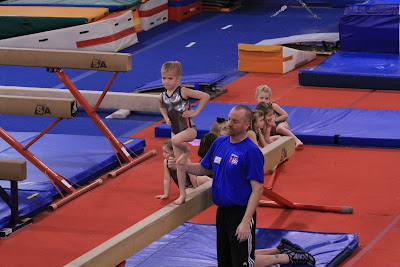 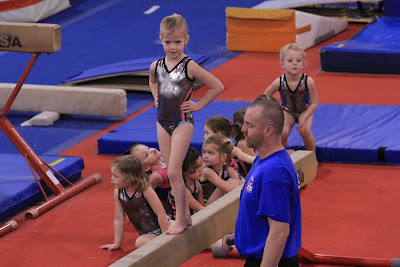 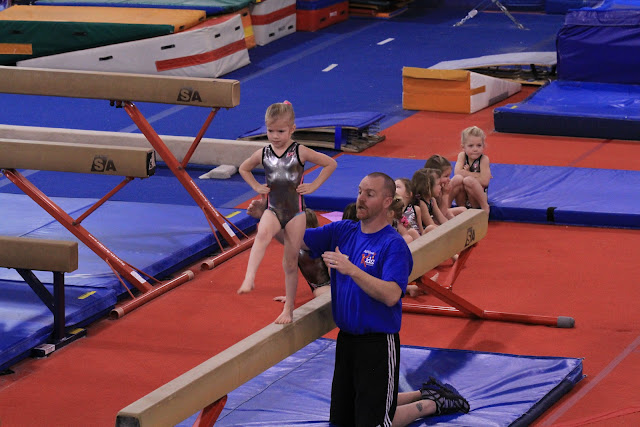 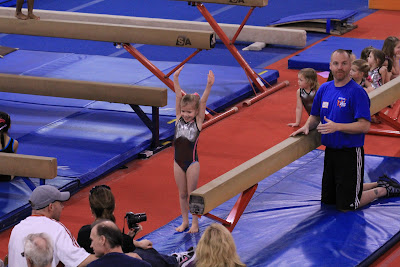 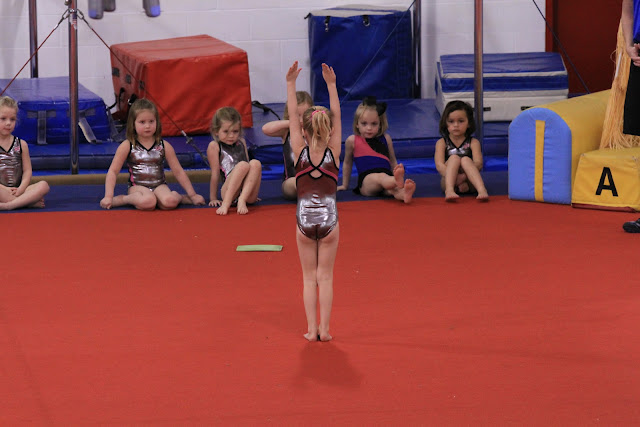 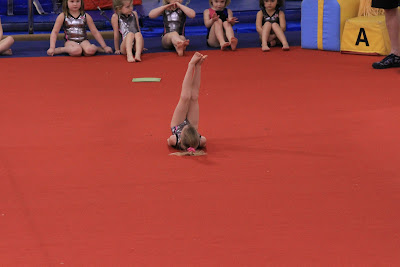 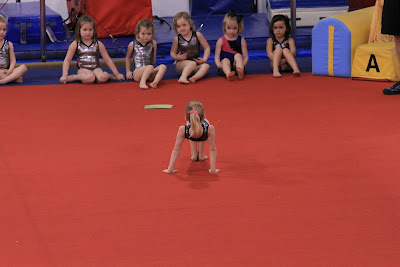 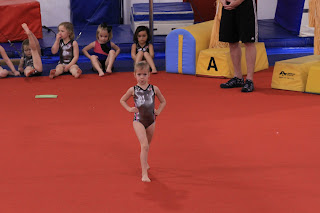 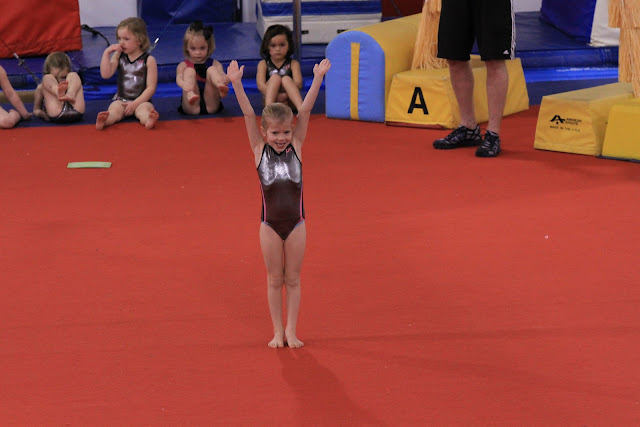 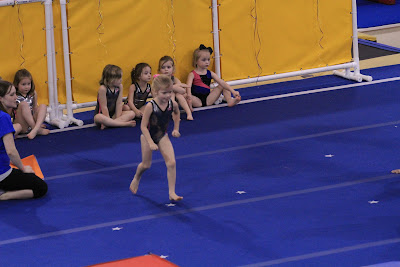 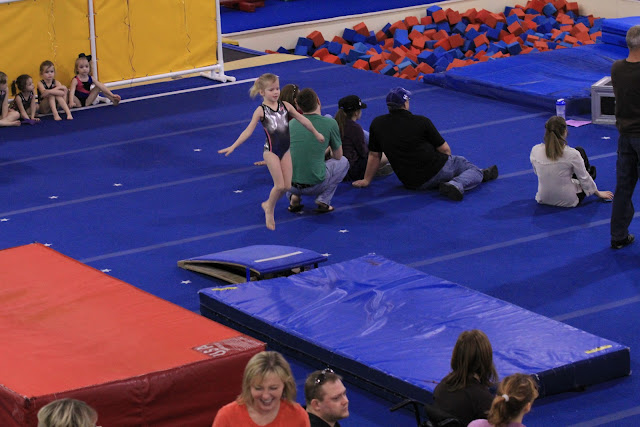 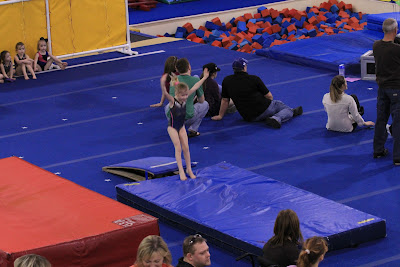 Now on to the important part....
the trophy!!
Yes, we're modern and politically correct.
Everyone got a trophy for participation.
We reward mediocrity and discourage striving to be the best. 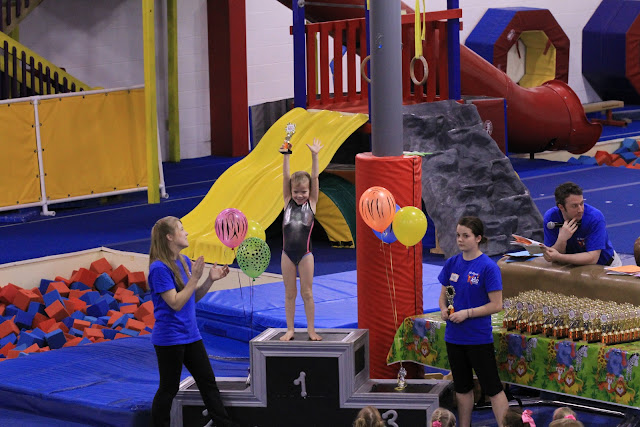 Not that I'm so deluded as to think Grace is the best, I just wish there were real rewards for hard work instead of a pat on the back for participation at the risk of hurting someone's feelings.
I'm not trying to soapbox here so I'll shut my mouth now (so to speak).
She was SO PROUD of her participation trophy.
If you've seen her in the past week or so, you've seen the trophy I'm sure. 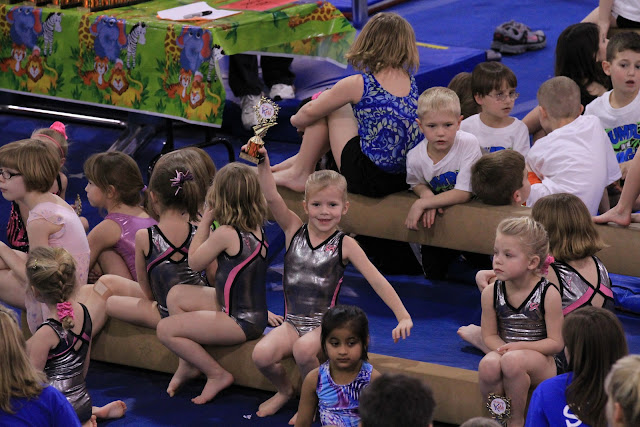