John and Emily were given an assignment for American History to interview someone who was in the armed forces at the time Pearl Harbor was attacked.

A call to our local VFW produced the name of a gentleman who was a Marine at Pearl Harbor on the day of the attack.  Tom Crump made a career in the military retiring as a sergeant major after thirty years of service to his country and fighting in three wars. 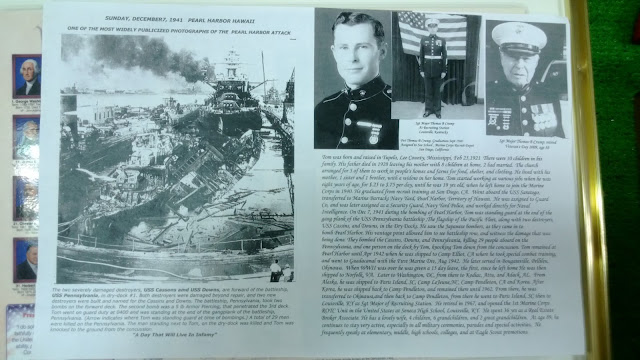 He is a gracious host and eloquent speaker who has dedicated his retirement years to speaking to groups about America's place in world history.  He speaks to groups large and small, young and old.  He also had a display in his home showcasing an extensive collection of war memorabilia. 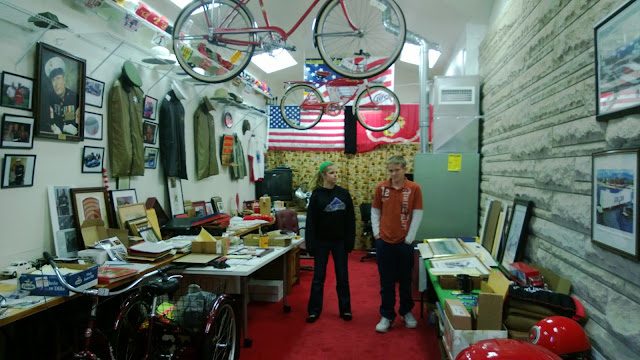 I think my kids came away with a new appreciation of the sacrifices made by those in the military to protect and defend our country. 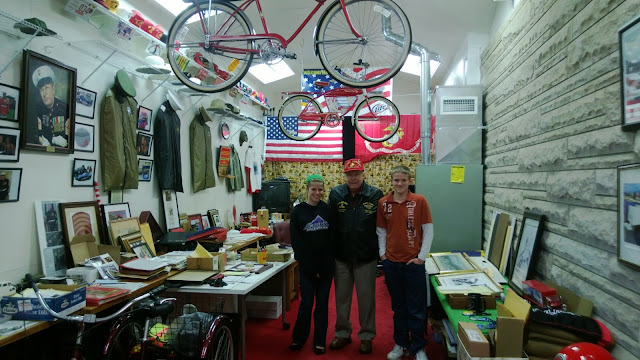 People like Tom Crump are truly part of America's greatest generation.  He embodies that title.  What a treat that John and Emily could sit down with him and hear about history from someone who has lived it. 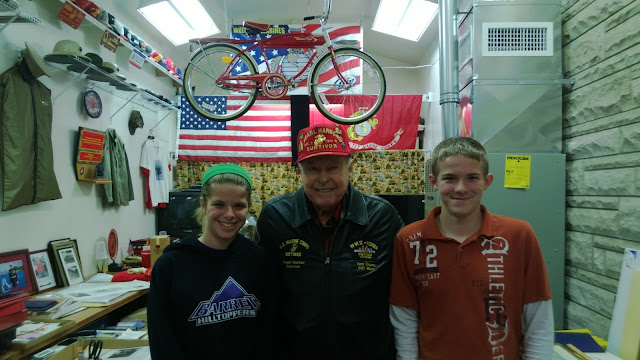 Click on this link for a YOU TUBE video of an interview Tom Crump did for WLKY news in Louisville
Thank you, Tom Crump, to you and to all who serve....past and present.
Posted by otherwise known as mom